Big Fish in a pulpit

Most often I write about paintings or prints, but this time it’s going to be a pulpit: quite an amazing one, from the church in Duszniki. Duszniki-Zdrój (German Bad Reinerz, Czech Dušníky) is a town in a historical Kłodzko County, nowadays in the Lower Silesian Voivodeship, Poland. The pulpit comes from the church dedicated to SS. Peter and Paul, which was rebuild in 1708-1730 (at that time Kłodzko County was a part of the Crown of Bohemia). The donor (and most likely the designer of a form) of the pulpit was a parson of that church, Johann Franz Heinel, and it was most likely completed by the sculptor Michael Kössler. Are you wondering what kind of sea creature is that? Well, it is a whale. 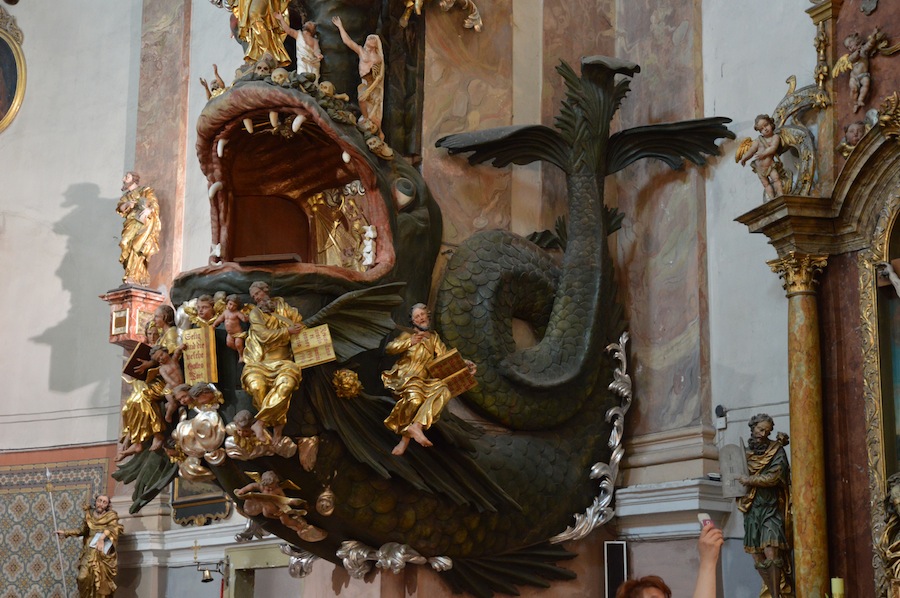 What an extraordinary idea to create a pulpit in a shape of a whale! Well, it is theological, as it refers to the Biblical story of Jonah (Book of Jonah). He was a prophet sent by God to Niniveh to reprimand the sinful citizens, but he did not feel he wanted to do this and he tried to escape his vocation. Trying to avoid fulfilling God’s will, instead of going to Niniveh he decided to sail in the opposite direction – which, of course, turned out to be not a very good idea. A huge storm arose and the sailors immediately realised that someone on the ship made God angry. Jonah felt that it would not be good to take everyone down with him, so he confessed it was him and proposed that they should throw him overboard. The moment they did that, the storm was over. 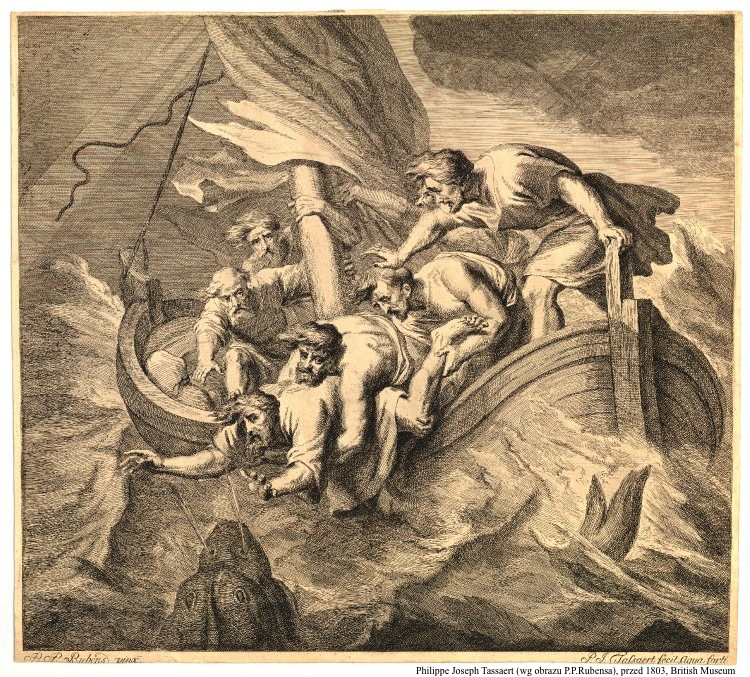 Of course God did not want Jonah dead – he wanted him to go to Niniveh. A large fish appeared and swallowed Jonah when he was cast into the sea. After three days and three nights the fish spew Jonah out and of course under these circumstances he fussed no more but went straight to Niniveh.

Now we can see the point in creating a pulpit in the shape of a whale – a preacher coming out of its mouth looks like a Biblical prophet. But that is not all! The thing is that in the Middle Ages preachers liked to use typological interpretations of the Old and New Testament stories; basically the idea was that the events of the Old Testament were seen to prefigure ones found in the Gospels. In this case, Jonah staying in the belly of the fish for three days was anticipating Christ staying for three days in his tomb after his death. And so, the scene of Jonah being swallowed by the fish was juxtaposed with the Entombment of Christ, while the depictions of Jonah emerging from the whale accompanied the images of Resurrection: 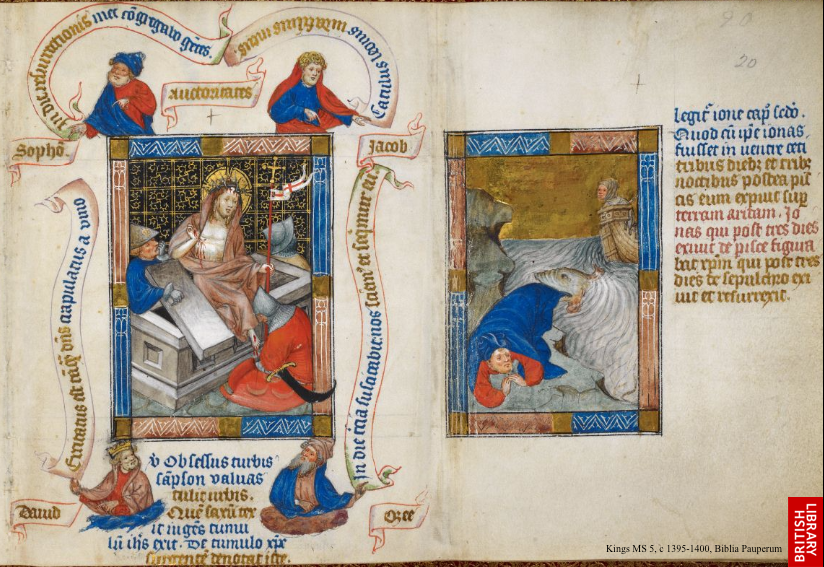 In this situation the priest apearing the mouth of whale-pulpit could additionally have been understood as coming out as Resurrected Christ. Undoubtedly such a pulpit itself could have been a subject of several sermons!

Naturally, good ideas are often picked up, so there is one more Silesian pulpit in the shape of a whale. It was probably based on the one in Duszniki, and it is in the St. Hedwig church in Dobroszów (18th century). Well, the idea may be a good one, but this time it was not completed in a very skillful way… 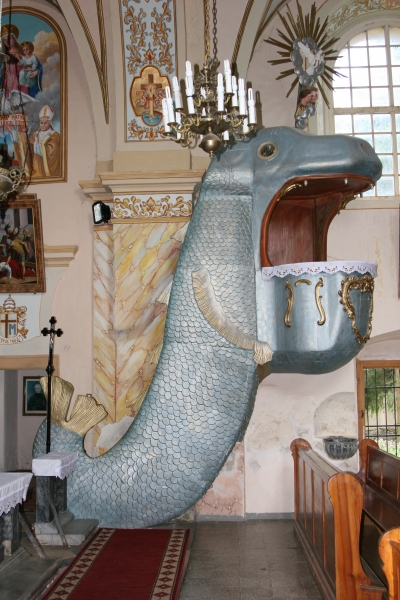 I know, there are many contemporary artists who say that the work of art is about the idea, not about the craftsmanship; nevertheless I am an art historian specialising in Old Masters and I think the idea is not enough, you still need to have skills to complete it properly. So let’s get a lesson out of juxtaposing those two whale-pulpits: a recipe for a success is not only being creative, but also being able to deliver on your commitments in a professional way!

And as a post-scriptum to this post: Tom Waits, “Starving In The Belly Of A Whale” – enjoy!

As Grzegorz Zajączkowski pointed out, there were actually more “whale-pulpits” in the Czech art of the 18th century and they should be noted here as well. So, apart from the one in Duszniki, other examples are: 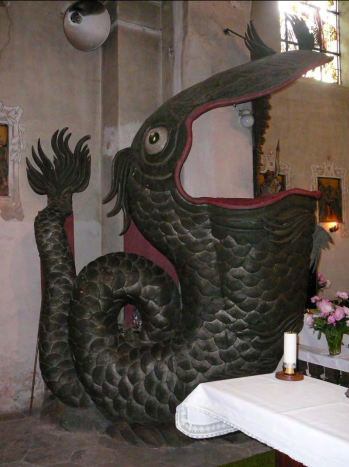 – pulpit in the St. Marin church in Bošilec (moved from the demolished church of St. Barbara in Třebon in 1786): 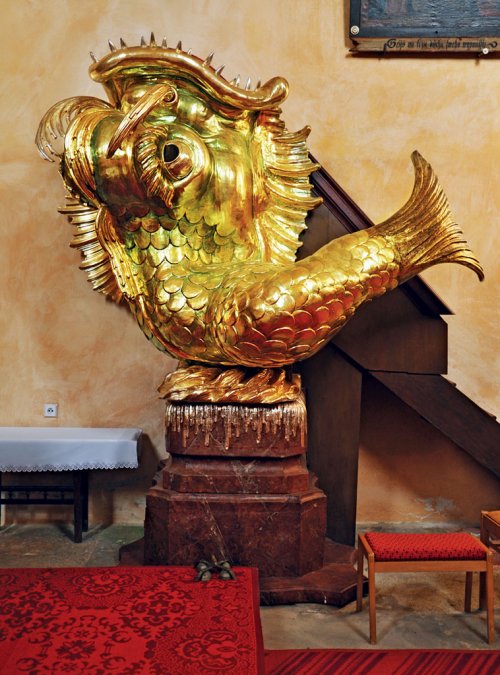 – pulpit in the Our Lady church in Mnichovice (Lazar Widemann, second half of the 18th century): 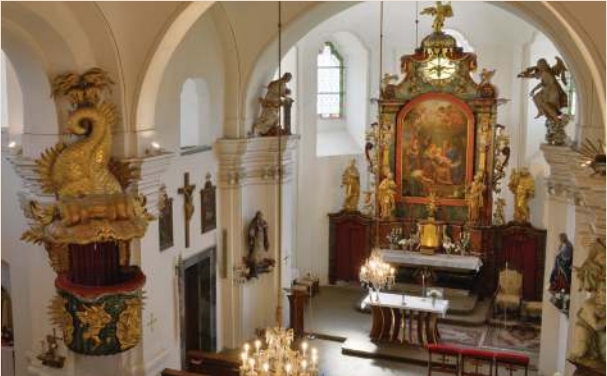 Do you know any more examples? If so, please leave a comment! 🙂