A way to scare away the devil 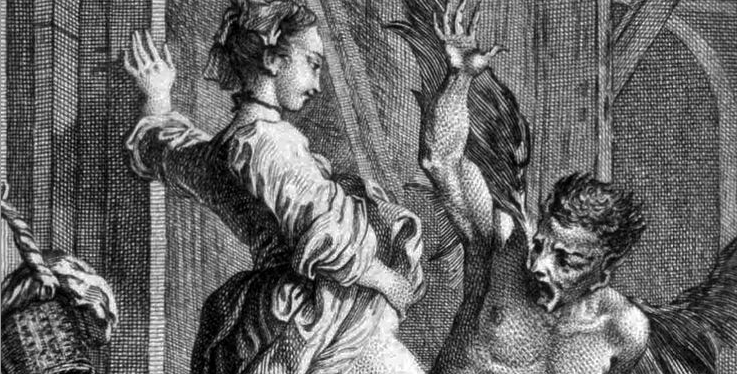 There are various stories present in the European folklore telling how women are capable of defeating even the satan himself. A popular tale about the devil getting married and subsequently running away from his horrible wife was used in the sixteenth century by Niccolò Machiavelli in his novella “Belfagor arcidiavolo”; further versions circulated in the European literature for the next few centuries. A very interesting example is a poem “Mrs. Twardowski” by Polish poet Adam Mickiewicz: in this story the devil was challenged by Mr. Twardowski to complete various tasks (including taking a bath in the holy water) and he almost succeeded, but finally failed to accomplish the last one, which was spending one year as a husband of Twardowski’s wife, Mrs. Twardowski. When the devil saw the lady he decided he’d rather run away… 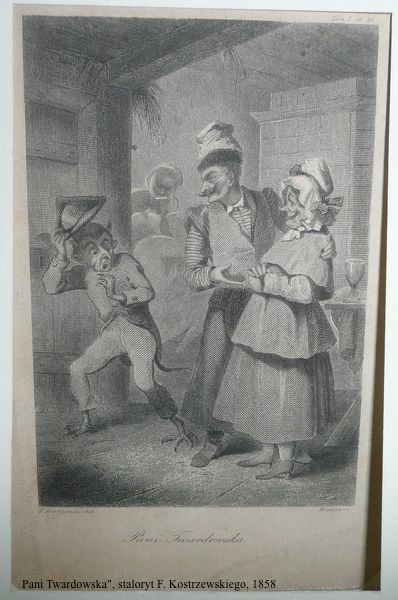 There is a Polish saying that if the devil can’t accomplish something, he will send a woman to do that for him. There is also a Netherlandish saying that a woman is able to tie even the devil to a pillow – and that is exactly what we may find in the famous painting by Pieter Bruegel the Elder, entitled “Netherlandish Proverbs”: 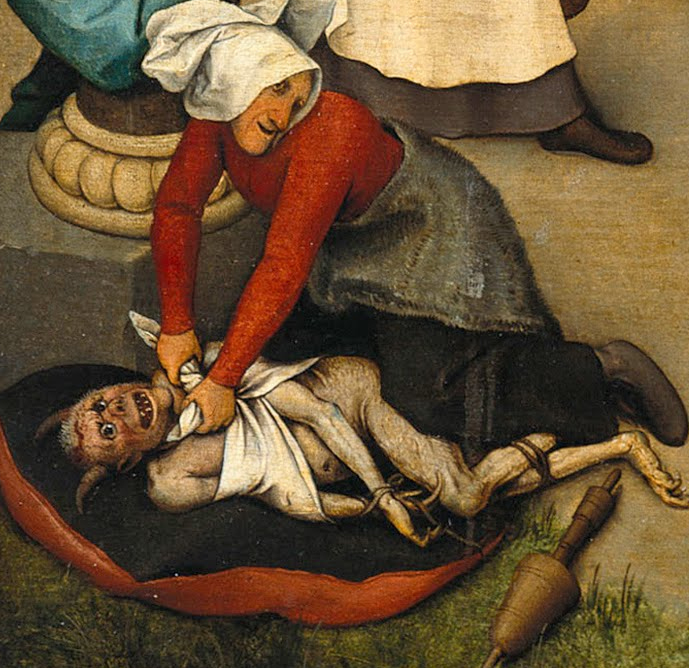 So now we know that devil may be afraid of women. Interestingly, it seems that he could be particularly frightened by a certain body part, which happens to be the essence of the femininity. Perhaps this idea is rooted in some ancient beliefs related to the veneration of the fertility and referring to the ideas of blessed female powers that can turn away harm or evil influences. In any case, the final effect is quite surprising; as a result we get the prints like this: 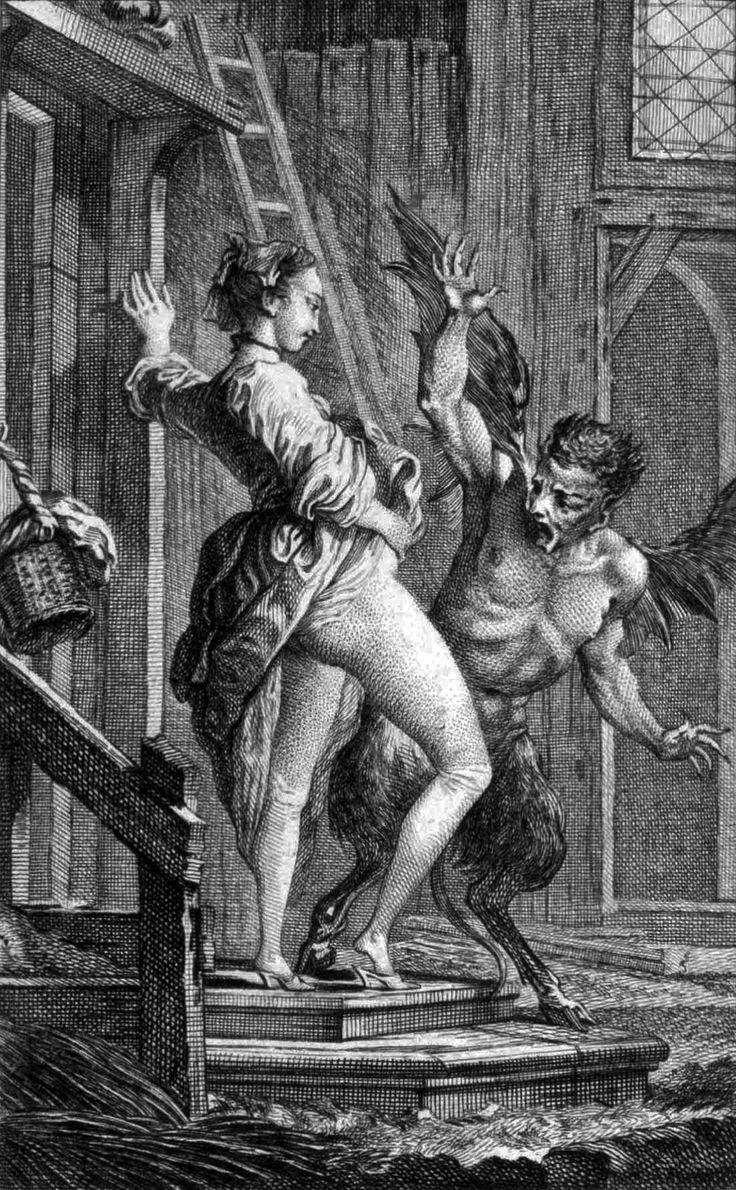 The print above is an illustration for the tale “The Devil of Pope-Fig Island” (Tales and Novels in Verse, 1674) by Jean de La Fontaine; the engraving is by Charles Eisen (1762). That particular story is about a reckless bet between a farmer and the devil: the challenge was to prove which of them could better dig furrows in the ground. Unfortunate farmer’s wife decided to help her husband and showed her lady parts to the devil, complaining that her husband had tried out his claws on her body and had scratched her between the legs. The devil apparently was not at all familiar with the women’s anatomy, as he thought that it was some kind of terrible wound; he got scared that his opponent is so mighty, gave up the challenge and run away. 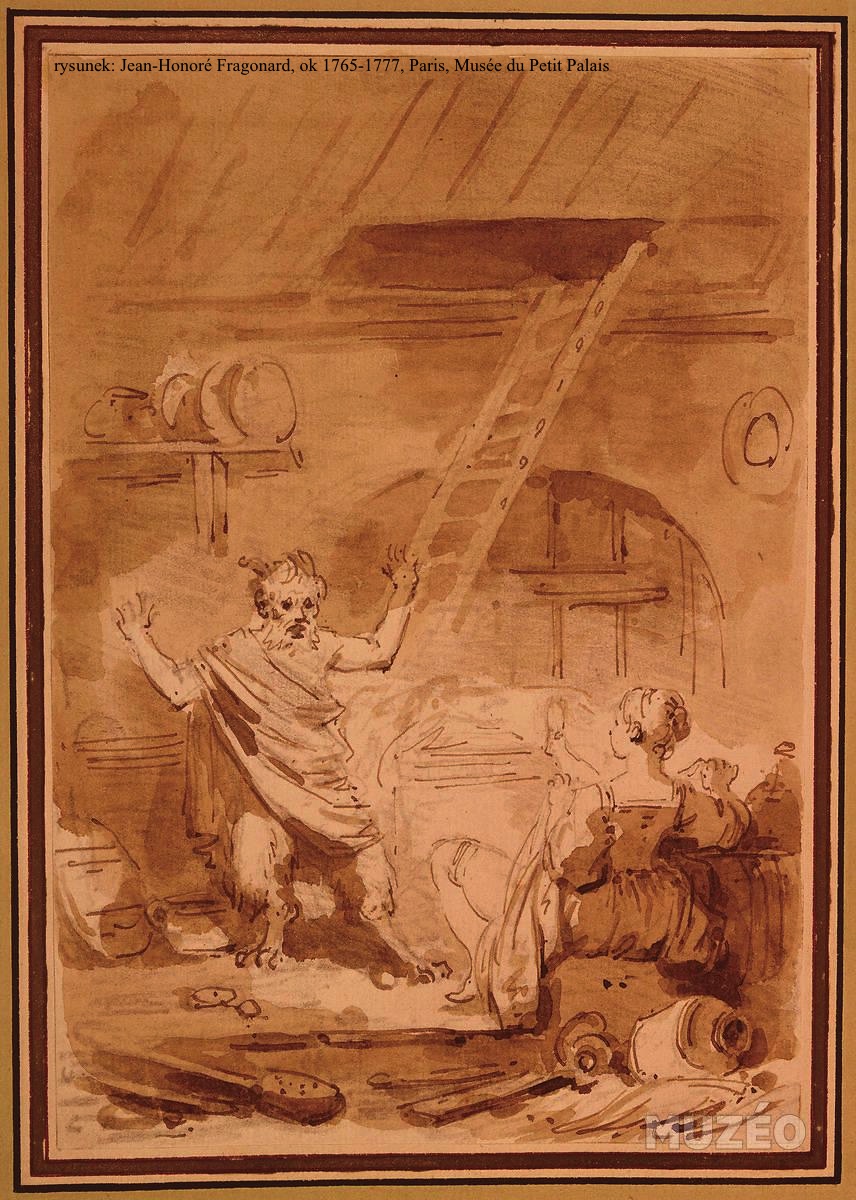 A very similar composition, however not related to the La Fontaine’s tale, was created ca. 1800 by Thomas Rowlandson. This time the whole situation is explained with a poem: apparently here the devil got scared mainly because of the hair in the area (as the title says: “The Hairy Prospect or the Devil in a Fright”): 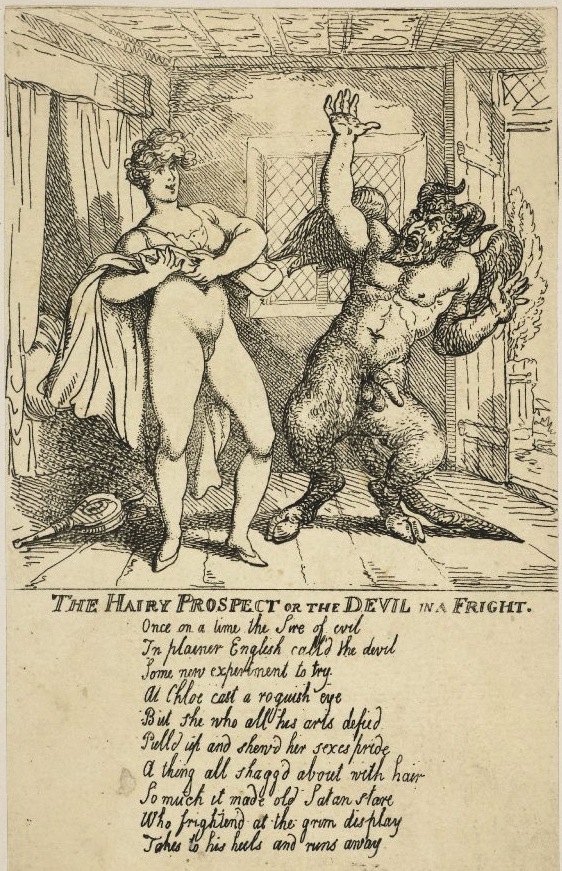 Well, there is one conclusion out of that: depilation is recommended. It is not a twentieth-century idea though: the medieval medical treatises contained advises about hair removal remedies for women. The thirteenth-century poem “Roman de la Rose” also gives some clues on this subject, however they are hidden in a poetical metaphor:

And, if a dainty, well-bred quean
Her Venus chamber keeps she clean;
No spider webs will there be found,
And things unseemly from the ground
She’ll sweep, dust, burn, and clear away,
E’en as a thrifty housewife may.

Although the burning does not seem to be a great idea, in general it is a good piece of advice: we should not want to grow something that would scare away even the devil.