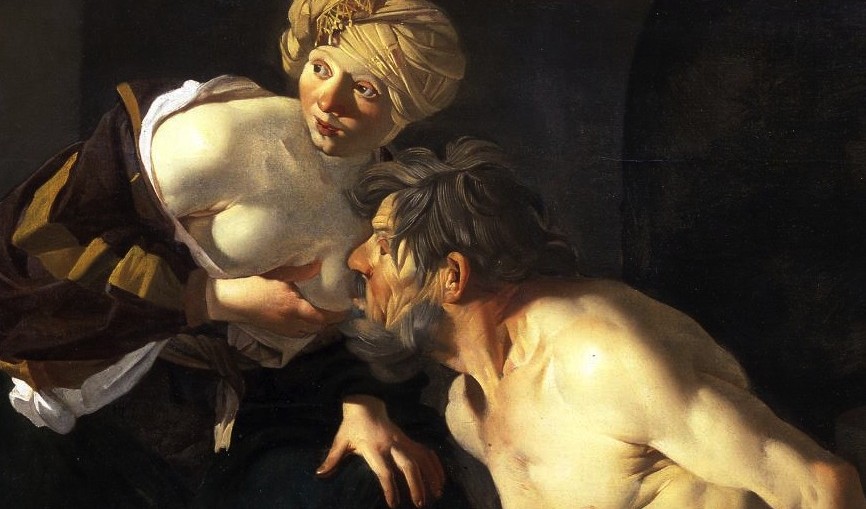 It’s time to talk about another painting from the collection of York Art Gallery. This time we will focus on a subject that is rather forgotten today, but used to be quite popular in the art of Renaissance and Baroque. Nowadays it might seem to be a little bit disturbing: a young woman lets an older man to suck her breast… but let’s start from the beginning.

At first, we should say something about the artist. The painting in York is not signed, but the stylistic analysis enabled to attribute it to the painter called Dirk van Baburen. He was Dutch; he was born about 1595, he spent his youth in Urtecht and before 1615 he went to Rome. It was there where he had a chance to get familiar with the art of Caravaggio and his followers. He was influenced by their dramatic chiaroscuro, non-idealistic way of depicting the characters and choice of the genre subject matters. 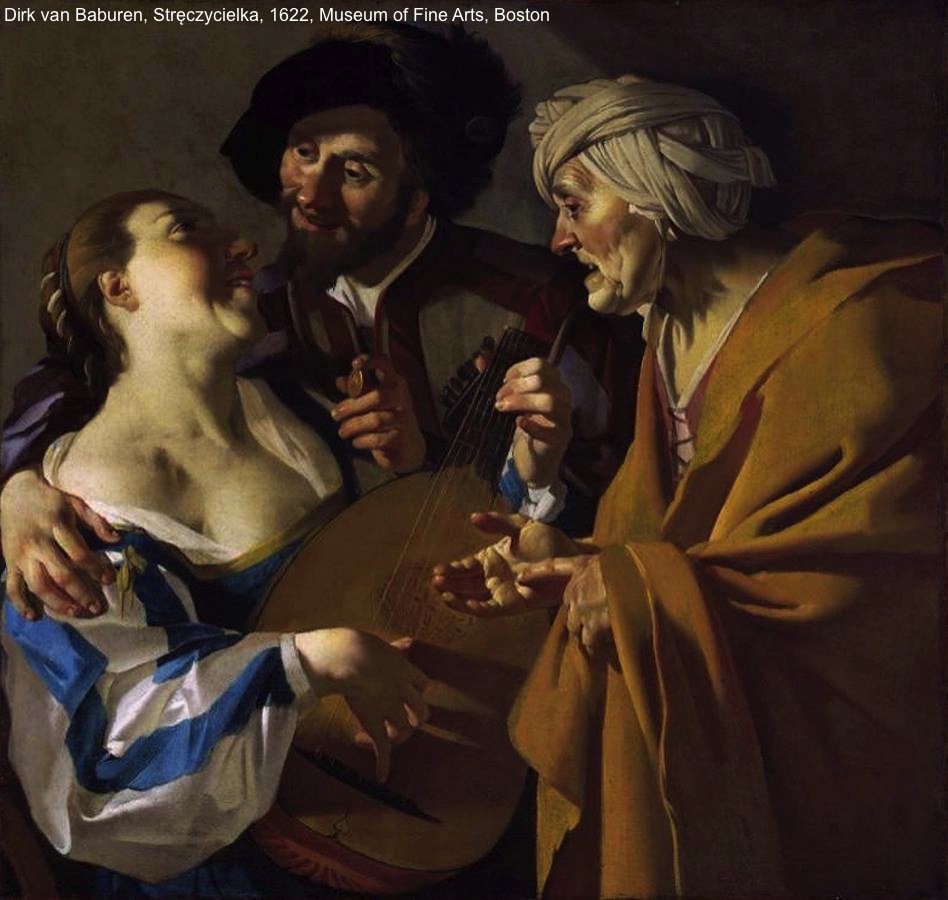 Van Baburen was one of the firs members of so called Bentvueghels (meaning “Birds of a Feather”), which was a group of Dutch painters active in Rome, about 1620-1720: the painters, the sculptors, the engravers and the poets. The artists are commonly known by their enthusiasm towards the alcohol: they have the fragile souls, they need to ease the existential pain and so on. The Bentvueghels were actually famous for their drunken, Bacchic initiation rituals (paid for by the initiate). Bacchus was actually a patron of the group; the party ended up in the Santa Constanza church (which was sometimes called “the Temple of Bacchus”), by the sarcophagus of Constanza, which was decorated with the depictions of the grape harvest. 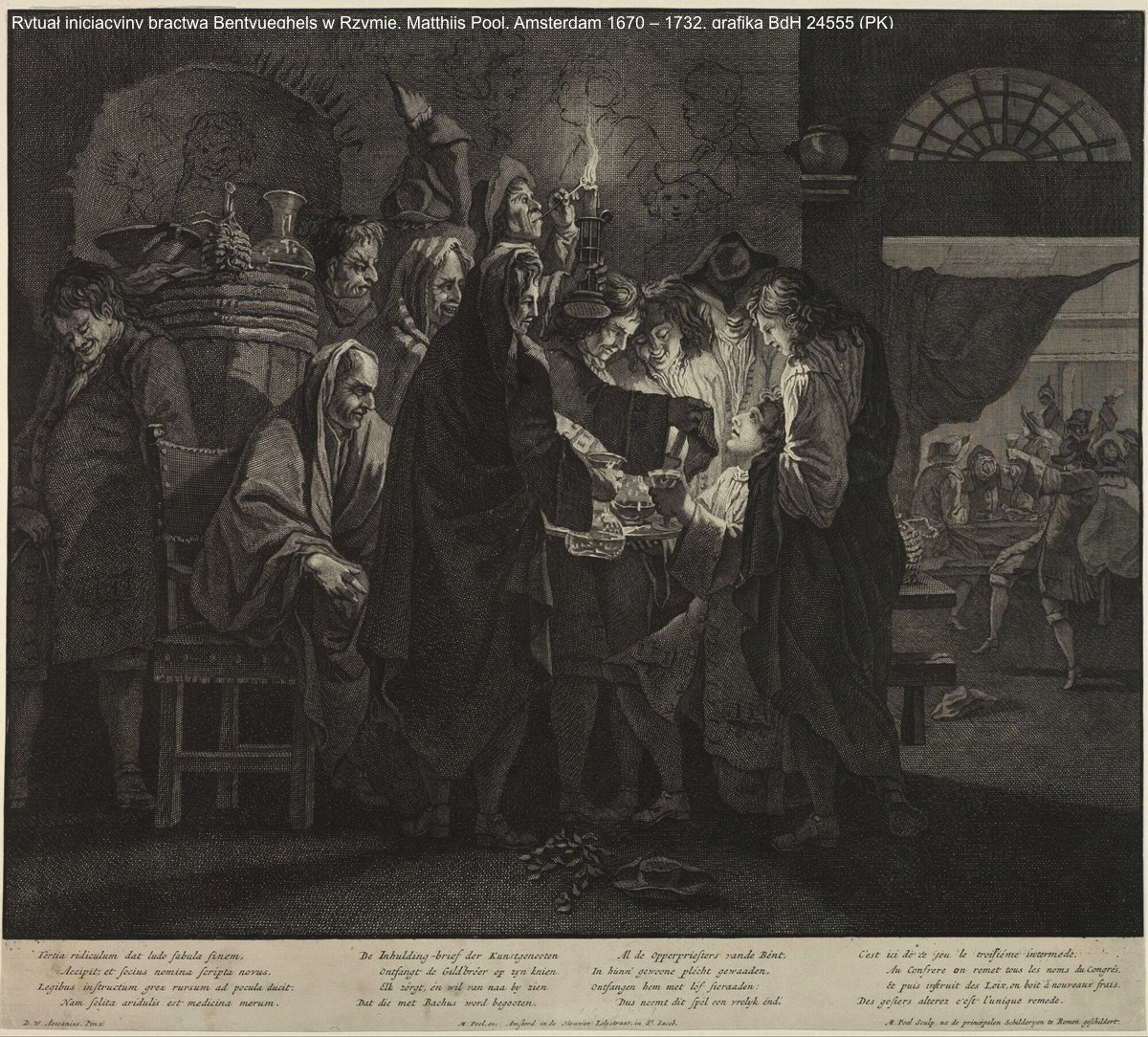 Each new member of the group was given a new name; in case of van Baburen it was Biervlieg (“Beer Fly”, meaning a person that enjoys drinking beer; obviously for van Baburen the wine was not the first choice after all). In 1620 Dirk van Baburen went back to Utrecht; along with Hendrick ter Brugghen and Gerard van Honthorst he established the stylistic and thematic innovations known today as the Utrecht School of Caravaggisti. Unfortunately, Dirk suddenly died in 1624, probably due to the plague; he did not even reach the age of 30. 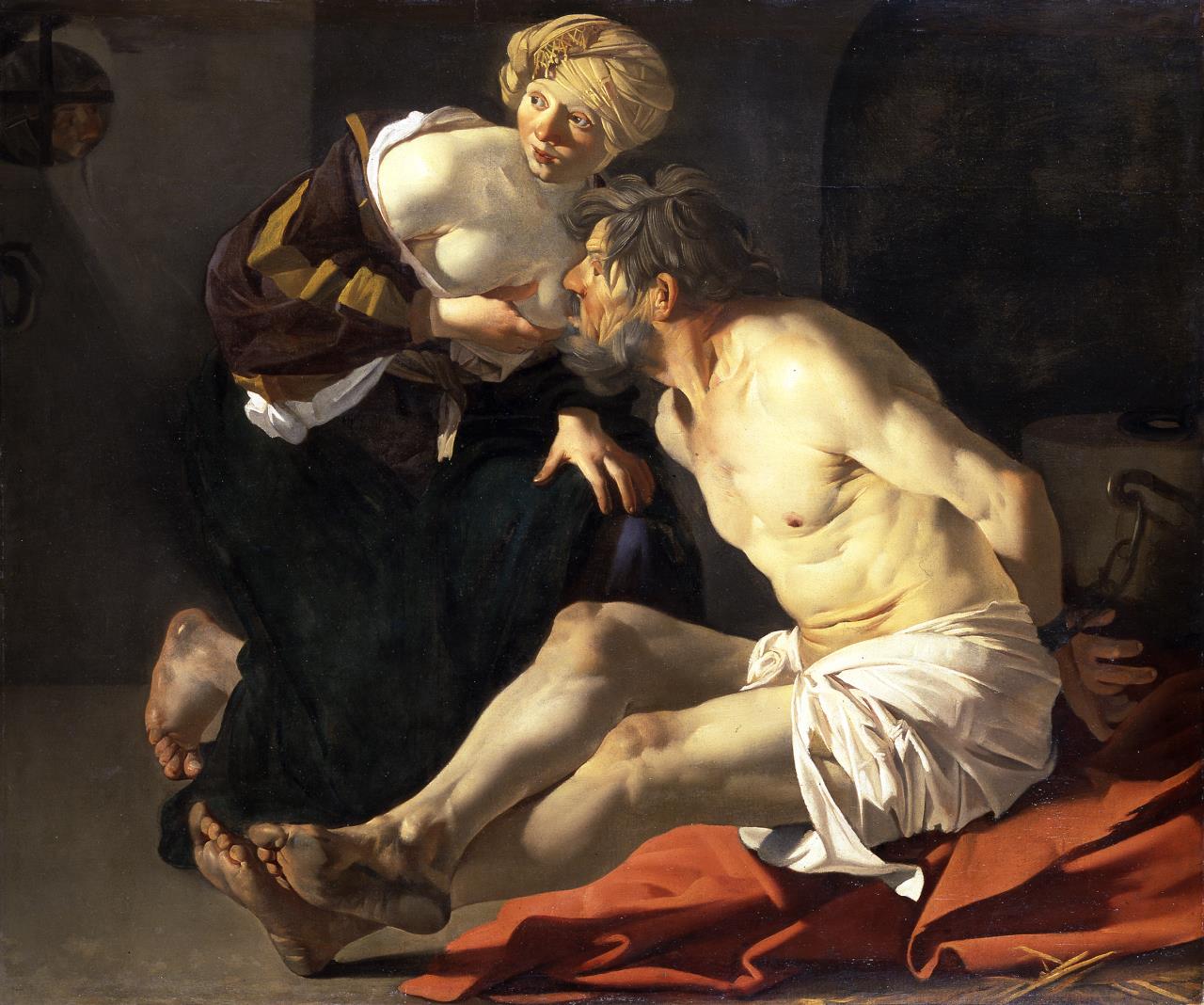 Well, it is time to finally look at the picture we refer to. Not only it shows the older man sucking young woman’s breast, it is also the depiction of a father and a daughter. However, theoretically there’s nothing wrong with that scene; it is an illustration of the filial piety, called Caritas Romana (Roman Charity).

The story was recorded in the Memorable Acts and Sayings of the Ancient Romans (De Factis Dictisque Memorabilibus) by the ancient Roman historian Valerius Maximus (living in 1st century AD), and was presented as a great act of pietas. There was a painting in the Temple of Pietas (vowed by Manius Acilius Glabrio at the Battle of Thermopylae in 191 BC, dedicated to the virtue of Piety) depicting that particular scene. 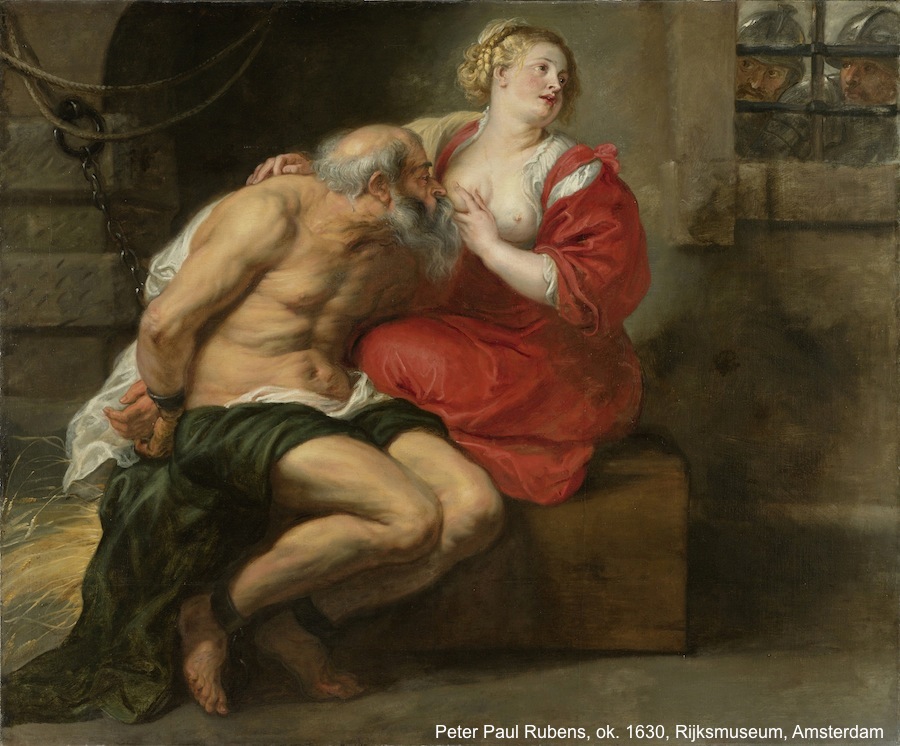 The story itself is quite simple. Cimon was an older man, sentenced to death by starvation in the prison. His daughter, Pero, was allowed to visit him, but could not bring him any food. She could not accept the situation and she secretly breastfed her father. She was eventually found out by a jailer, but her act of selflessness impressed the officials so much that they decided to release her father. Today most of the people don’t know that story anymore, but few hundreds years ago it was actually quite popular. 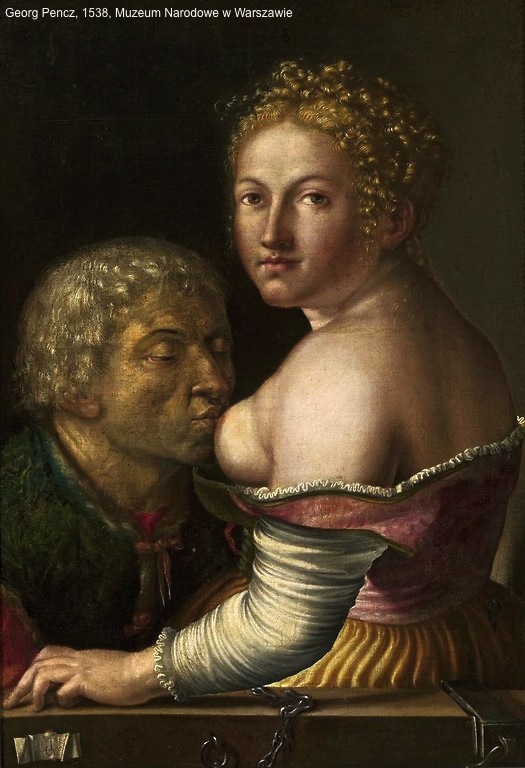 Let’s be honest: in spite of all the ancient explanation, we are still allowed to think that these depictions are quite disturbing. A grownup man sucking a woman’s breast will always be a scene with some erotic overtone. The significant age difference between the characters creates the sensation of somehow improper relationship and once we know it is a father and a daughter it additionally looks like the incest. Well, the truth is that both the painters and the viewers have always enjoyed the depictions that are not entirely pure but rather exciting and disturbing. And if it is based on the ancient Roman text, no-one can fell offended, at least officially. The artists often used the excuse of the ancient heritage; after all, “the cult of Bacchus” sounds much more respectable than simple “alcohol abuse”. So, let’s raise our glasses and let’s enjoy the art!