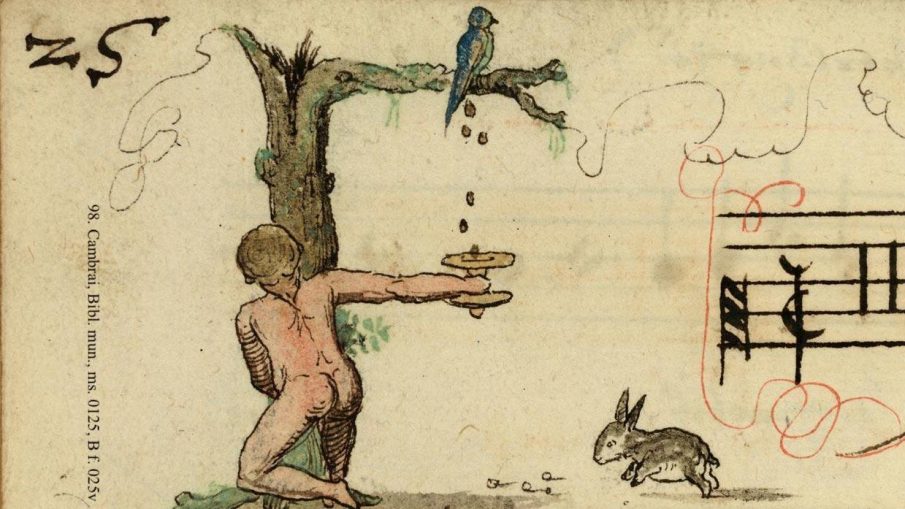 I observe various medievalists on Twitter, and lately I came across a tweet that thoroughly amused me: apparently smiling poop emoji 💩 has a late medieval source of inspiration. As I like to repeat: everything already happened in the Middle Ages. 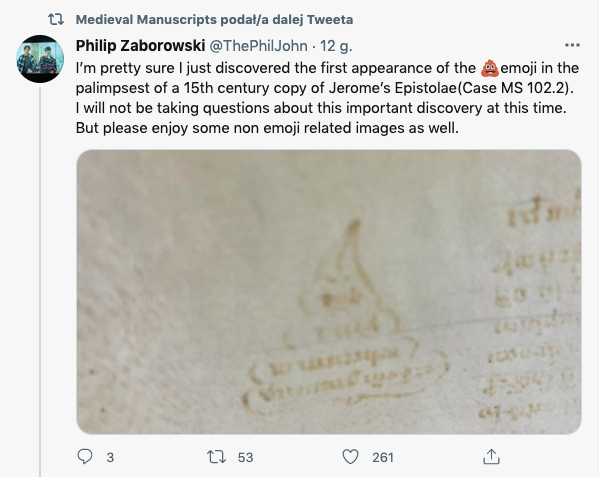 As it happens, the motif of excrement quite often appeared in medieval manuscripts. Scatological humour was quite popular in so called drolleries (grotesque decorations of book margins) – see for example: 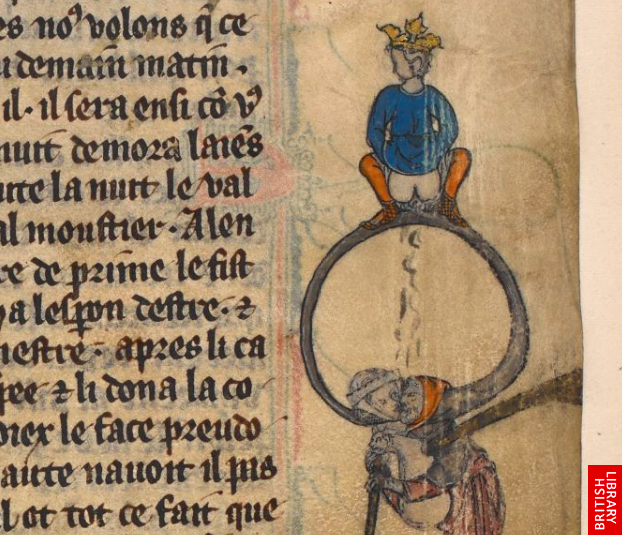 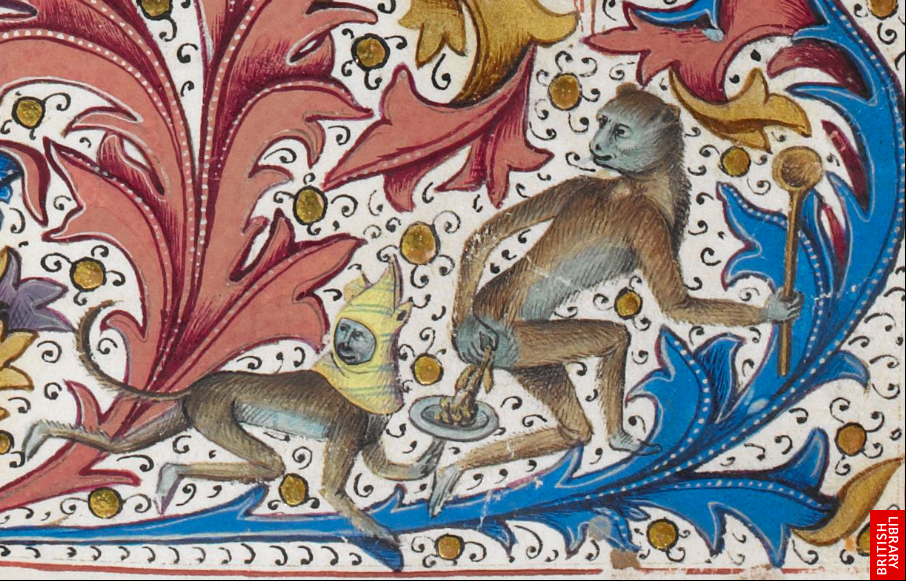 Apparently it also worked well when it came to mockery on clergy: 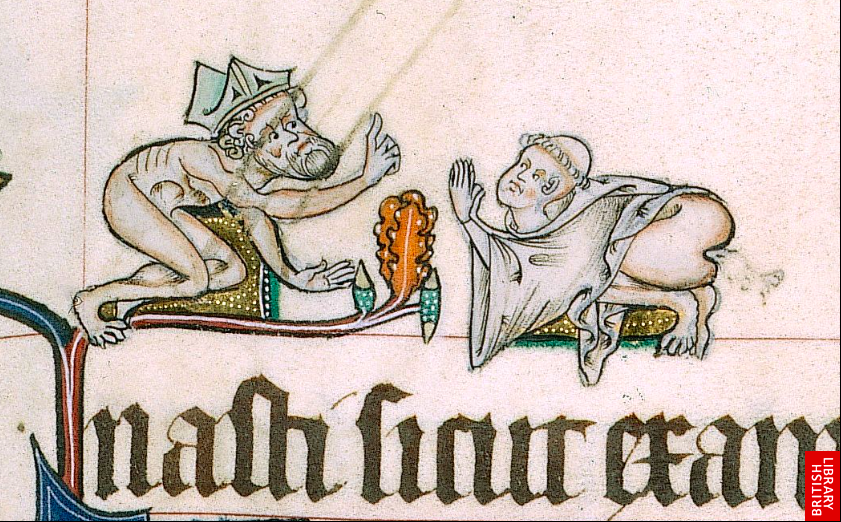 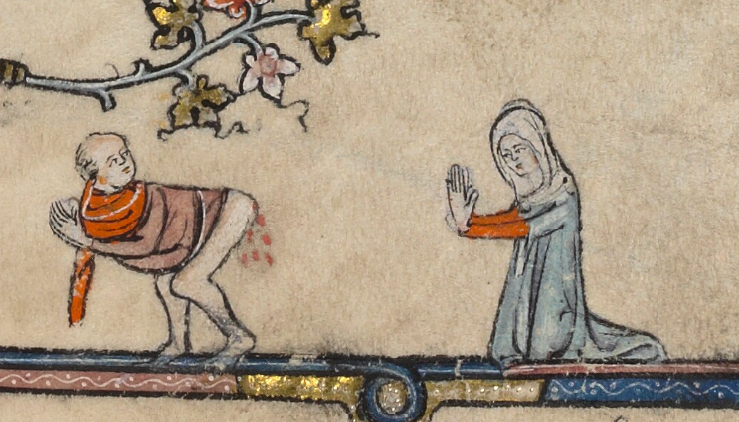 But do not think that defecation appeared only in satirical context. There is a very serious example of an illustration in the Crusader Bible (or Morgan Bible, Paris, 1240s, Morgan Library and Museum): it depicts king Saul in a cave. It tells the story of how David spared Saul’s life:

„He came to the sheep pens along the way; a cave was there, and Saul went in to relieve himself. David and his men were far back in the cave. The men said, “This is the day the Lord spoke of when he said to you, ‘I will give your enemy into your hands for you to deal with as you wish.’” Then David crept up unnoticed and cut off a corner of Saul’s robe.” (New International Version, 1 Samuel 24: 3-4) 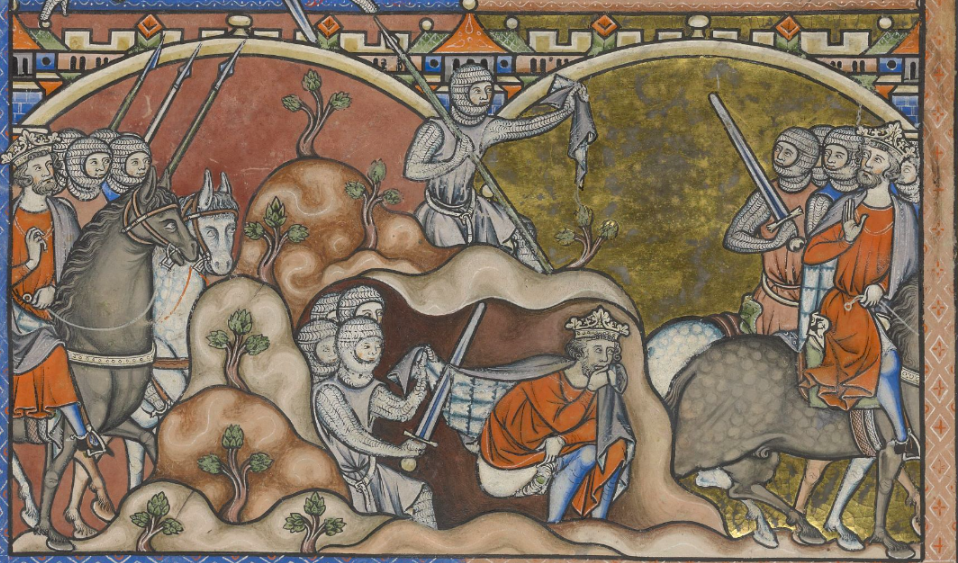 But let’s get back to humorous issues; I would like to show you something else here: miniatures from a very special manuscript from Cracow. It is the Baltazar Behem Codex, today in the Jagiellonian Library (BJ Rkp. 16).

This manuscript dates back to the early-16th century: it is a collection of laws and privileges of the city of Cracow (starting from the act of the location of the city of 1257). It also contains vows and bills of Cracow guilds. The donor of this manuscript was Baltazar Behem: since 1500 he was the city writer and notary in Cracow, he also held a title of bachelor of the liberal arts. In 1505 he presented to the city council the said book, although it had not yet been completed. Behem died in 1508, and some of the texts in this codex were added later, but the miniatures decorating it were made before he died. There are 27 illustrations, most of which depict workshops of Cracow craftsmen.

Some of the miniatures satirically mock certain professions. The motif in question appears in the depiction of the household of a shoemaker. 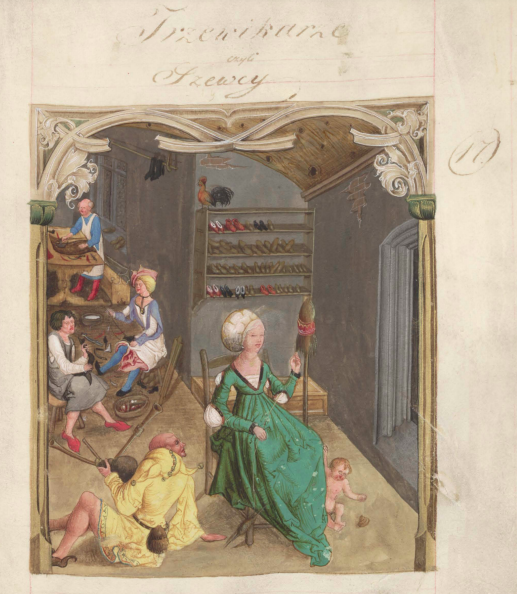 The shoemaker works in the background, and in front we may see his wife; seemingly she is busy spinning, but in fact she is flirting with a seductive jester. And there is one detail which tells us that she is not only an unfaithful wife, but also a careless mother: on the floor by her side there is a child she ignores. The kid is naked and has no nappy, the result of which lies right next to him. His mother couldn’t care less. 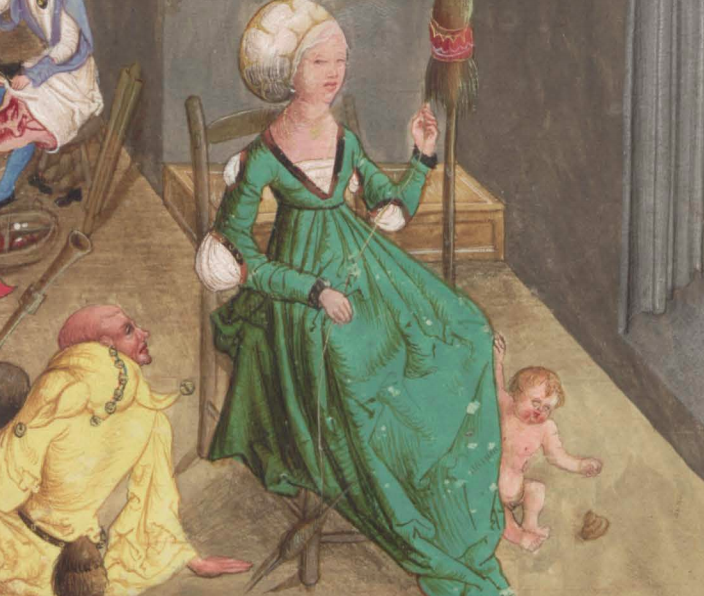 On the other hand, the tanners (craftsmen who made leather of animal skins) were mockingly called “dog’s shits”, because they in fact used canine dung in the process of producing leather. And if we look closer at another miniature from the Baltazar Behem Codex, we would see a dog producing excrement. 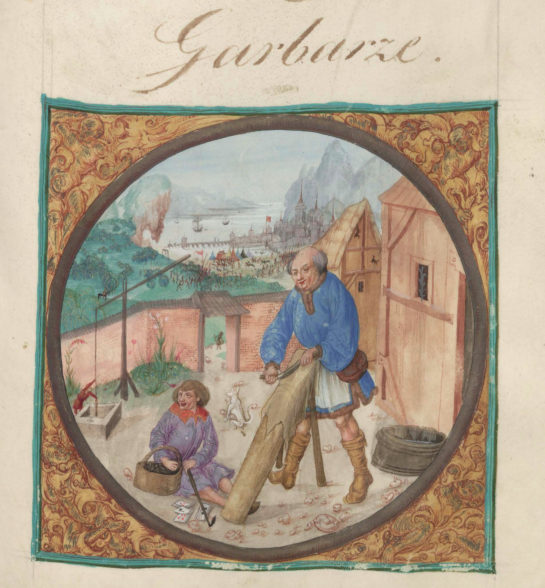 I wonder if the city of Cracow would ever make a social campaign using miniatures from this specific manuscript. This one would be just perfect for posters and billboards promoting cleaning up after our dogs. 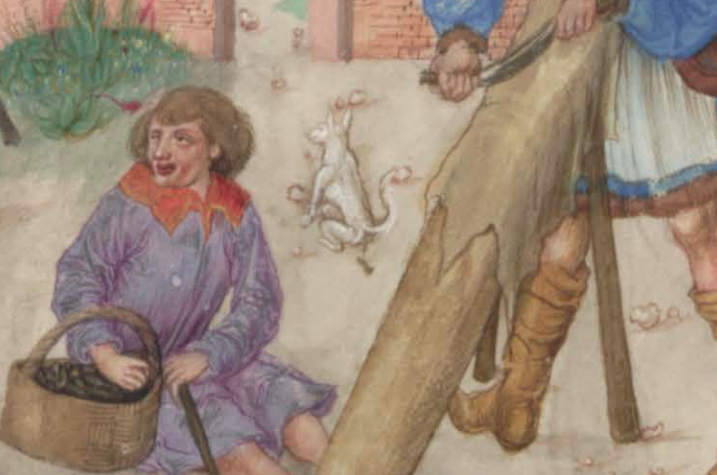