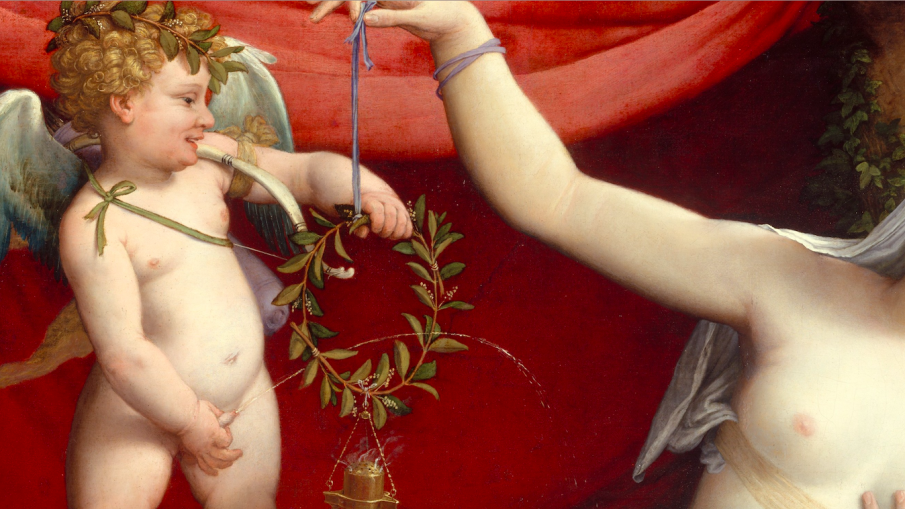 For some time I have been writing for Polish journal “Urologists’ Digest”, and somehow I started to pay attention to urine-related motifs in art and visual culture. And guess what – there’s lots of it! It is definitively a subject for more than one post on a blog.

In his book “Pissing Figures 1280-2014” (2017), Jean-Claude Lebensztejn referred to a fifteenth-century text „Apertorio alfabetale” (by Christophorus Parisiensis, 1466?), which in the 17th century has been erroneously attributed to Nicolas Flamel (1330-1418), one of the best known late-medieval alchemists. Allegedly, Flamel managed to create the philosopher’s stone, that is a substance capable of turning base metals into gold (it was also supposed to be an elixir of life, providing immortality). Search for the philosopher’s stone was a perpetuate quest of all the alchemists throughout the centuries.

But how is it related to urine? Well, the above-mentioned text „Apertorio alfabetale” reads that urine of a child is one of the secret ingredients necessary to create the philosopher’s stone. But it not what we would get out of a newborn’s diaper – the child should be between 8 and 12 years old, and already drinking wine (well, back then light wines, especially watered, were considered suitable for children).

The text by Christophorus Parisiensis was rooted in earlier books, and some of them were actually illustrated. For example, some 12th -century medical manuscripts are adorned with beautiful images – unfortunately, those treaties were not mentioned by Lebensztein, and in fact, sadly, they are in general hardly acknowledged in art history studies. Take a look at the illustrated pharmacopoeial compilation dating back to the 3rd quarter of the 12th century, today in the British Library in London (Harley MS 1585; fol. 72v): 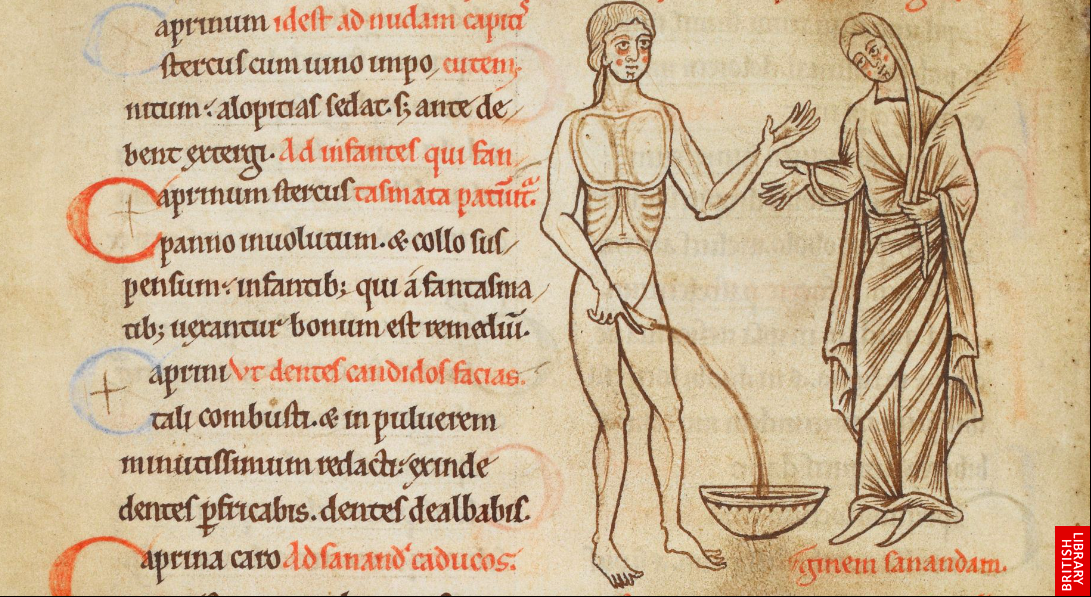 This is an illustration of a late-antique text „De medicamentis ex animalibus”, ascribed to Sextus Placitus Papyriensis (4th c. AD). It mainly focuses on medical qualities of various parts of animals, saying, for example, that wolf’s head under the pillow would guarantee peaceful sleep. Well, most of that book contains rather folk superstitions than actual ancient medical knowledge. There is also a chapter on young boys and girls, whose urine was supposed to be useful for a variety of cures and for other purposes, like prevention of wrinkles or tempering a sword. That part of the text is decorated with illustration above. A very similar one is in another compilation (probably a copy of Harley MS 1585), dating back to the 4th quarter of the 12th century, also kept in the British Library (Sloane MS 1975, fol. 85v): 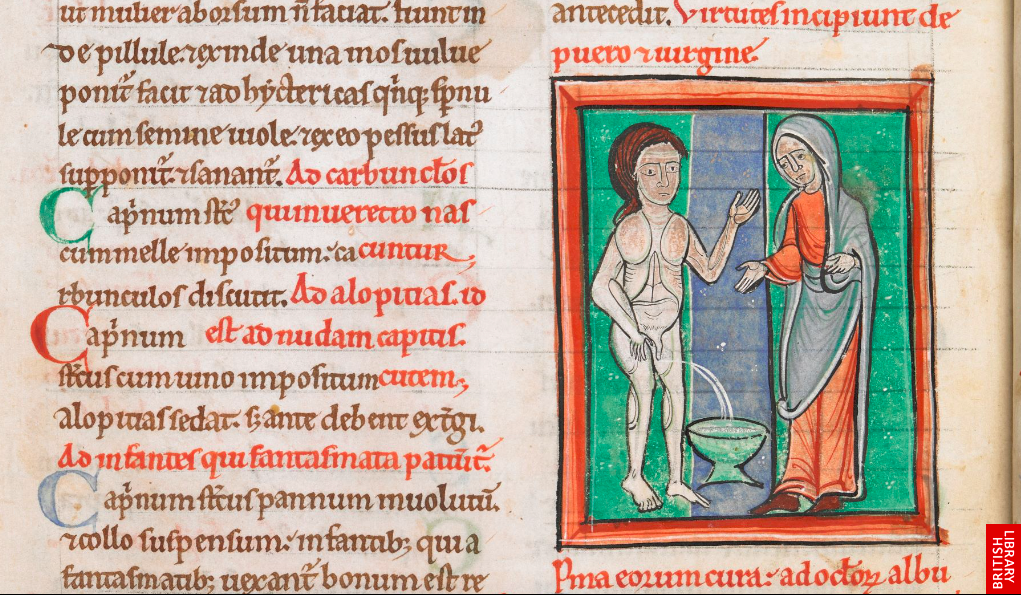 However the aforementioned texts refer to the urine of either a boy or a girl, it is a naked boy who is depicted peeing. And the naked little boy urinating will be back in the Early Modern art as well; for example as peeing Cupid. Apparently his urine was also valuable, perhaps for production of aphrodisiacs? There is a satirical print by Joachim von Sandrart (dated 1640), depicting an old person collecting… Cupid’s piss! I suppose it should be interpreted in reference to the medieval examples presented above: the urine probably was supposed to be an ingredient in some medical or alchemical ministrations. 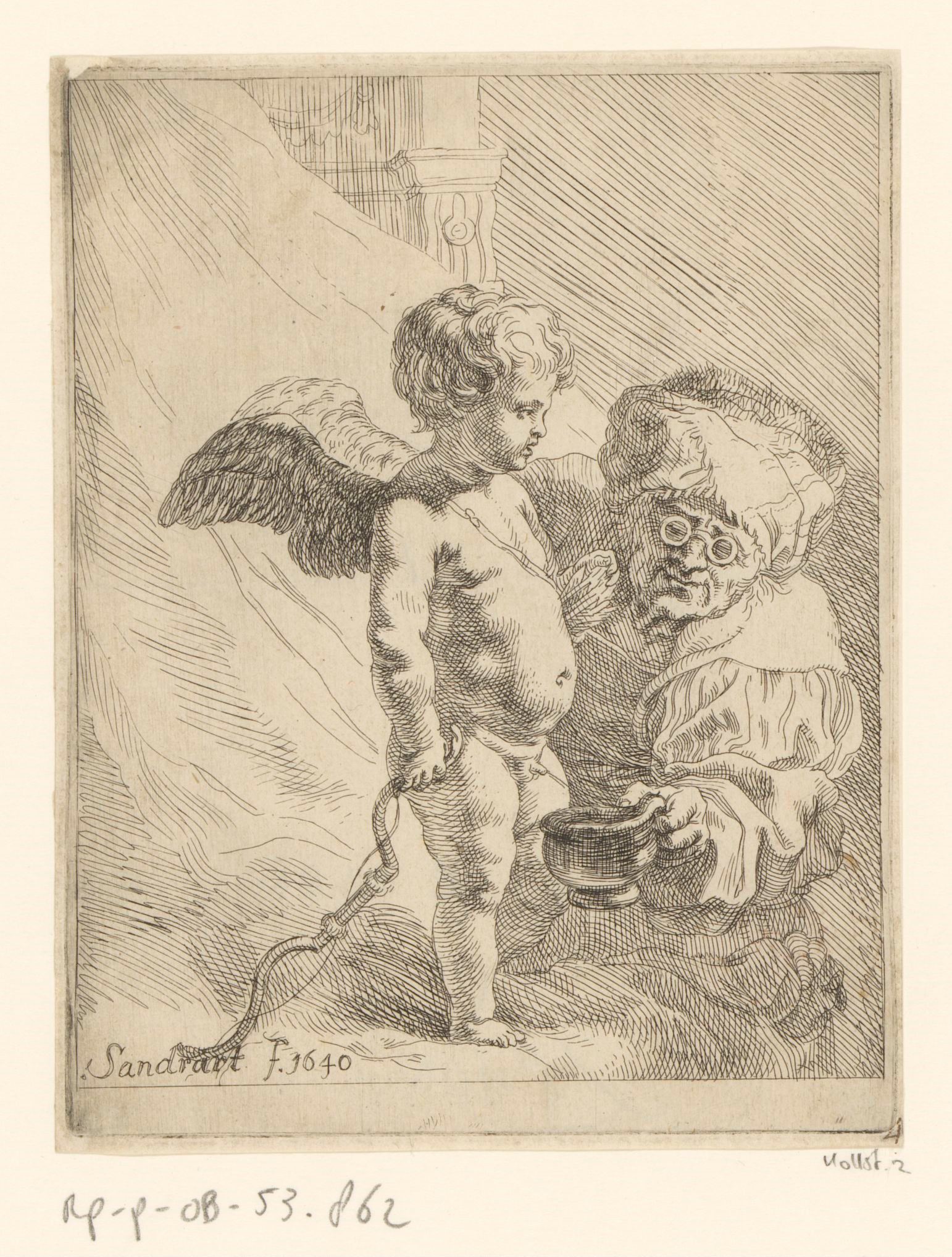 The etching by von Sandrart was copied: an engraving, probably by Gerard Valck (1661-1726) is today in the Rijksmuseum in Amsterdam, while a mezzotint published by John Smith ca. 1685 is in the National Portrait Gallery in London. 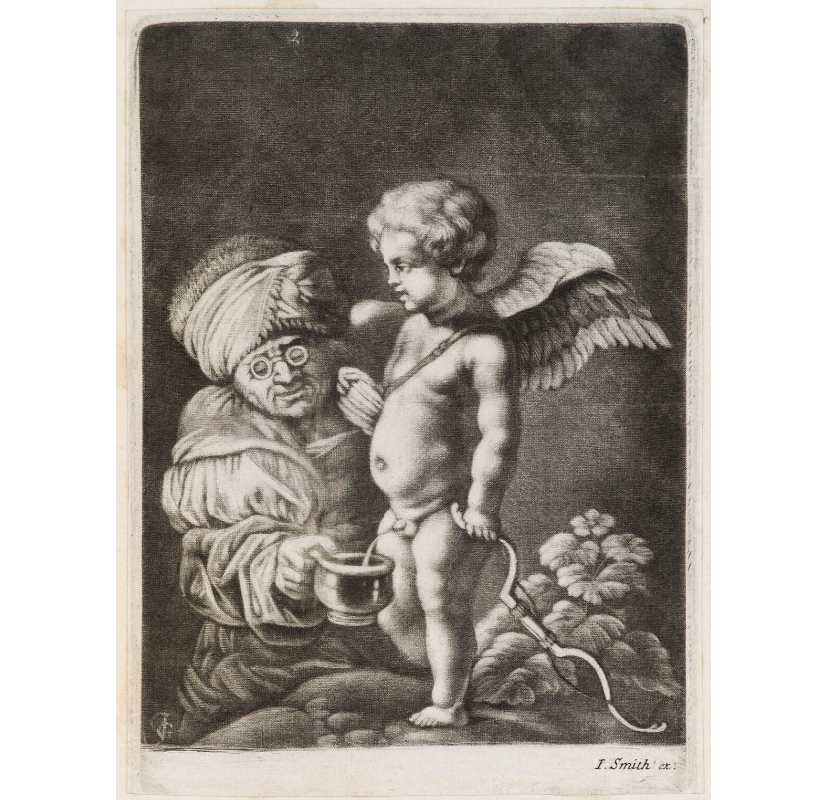 The most famous depiction of urinating Cupid is a painting by Lorenzo Lotto (1520’s, the Metropolitan Museum of Art in New York). Its catalogue entry shows how many of its details still remain debatable in interpretation. All together it is an allegorical image referring most likely to love and marriage. Venus impersonates the bride, wearing tiara, veil, pearl earring, bracelets and the strophion supporting breasts. The latter is a part of ancient rather than modern dress, but as Norberto Massi noted (in his article Lorenzo Lotto’s New York ‘Venus’, 2006), untying it by the groom was an important ritual. The same author also referred to a story of a 16th-century Venetian folk healer who cured impotence by recommending the suffering man pissing through the marriage ring of a virgin. And here Cupid pees through a wreath (it is uncertain whether it is myrtle or laurel), which most likely refers to fertility. In the Middle Ages wreath was a popular gift for beloved woman, pretty much as nowadays flower bouquet. 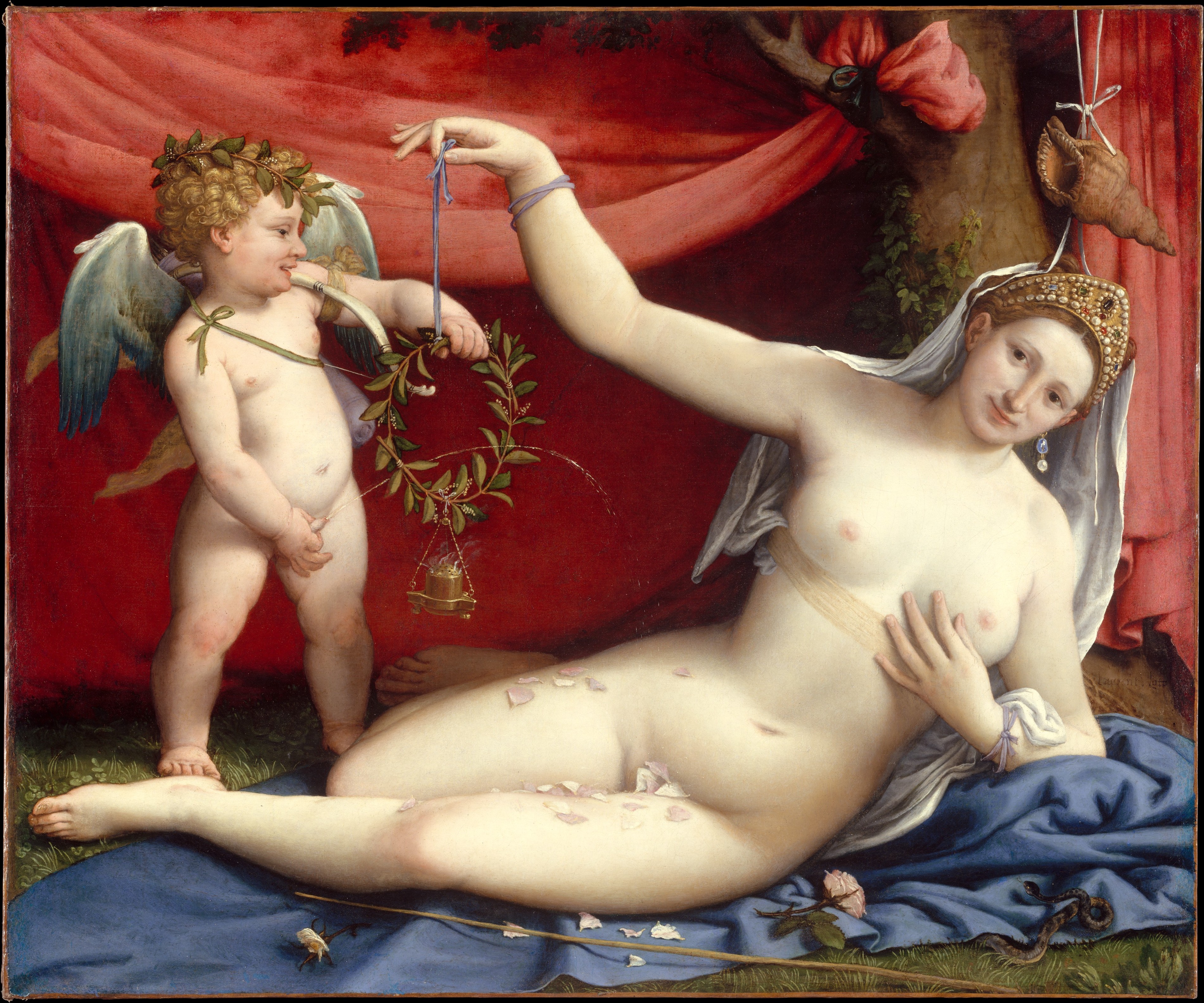 Naturally, Venus and Cupid always refer to sexuality, and therefore we seek for symbolism related to fertility and prowess in depictions of peeing Cupid. However it may seem that urinating is not an act related to impregnation (putting aside foreplay and whatever one may like on that regard), one thing is certain: our Cupid obviously has no problems with his prostate.