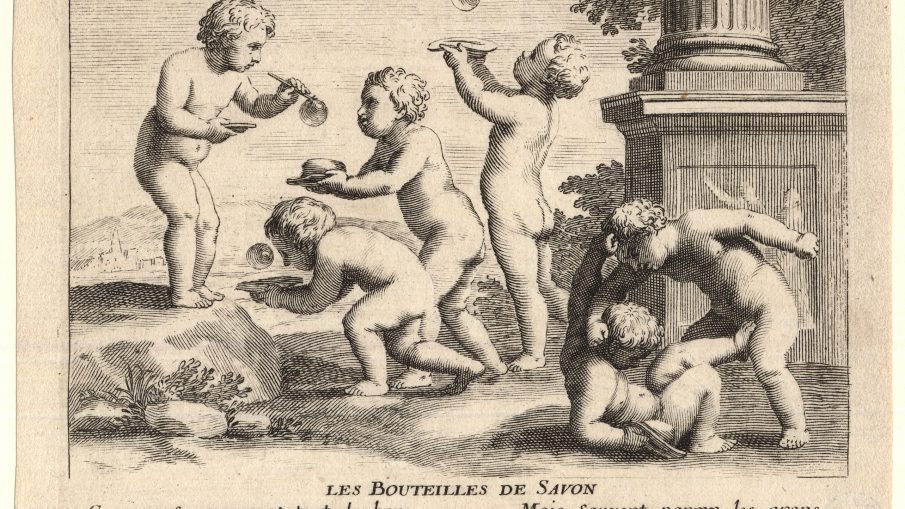 One of the oldest children’s plays is making soap bubbles – soap was produced already in the antiquity. In European art soap bubbles appear mainly in Early-Modern times; however, late medieval manuscripts provide proves that soap bubbles appeared also in the medieval courtly culture. Check out this monkey on a margin of folio 470 verso of Breviary of Isabella of Castile (late 15th c., British Library, Additional 18851): 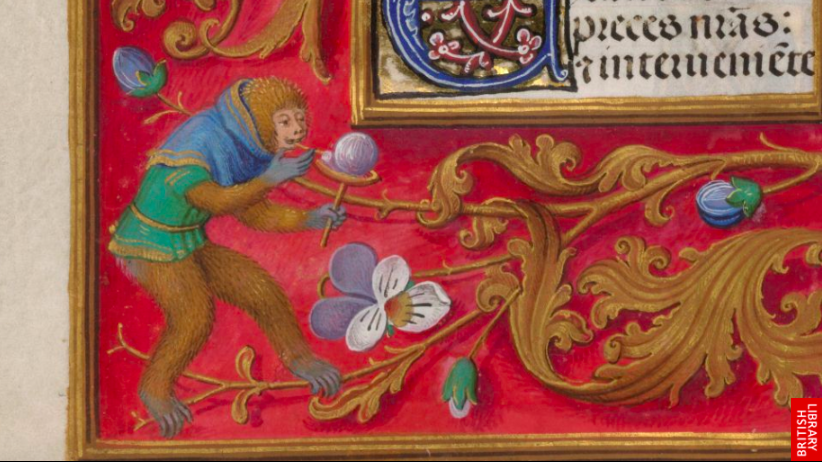 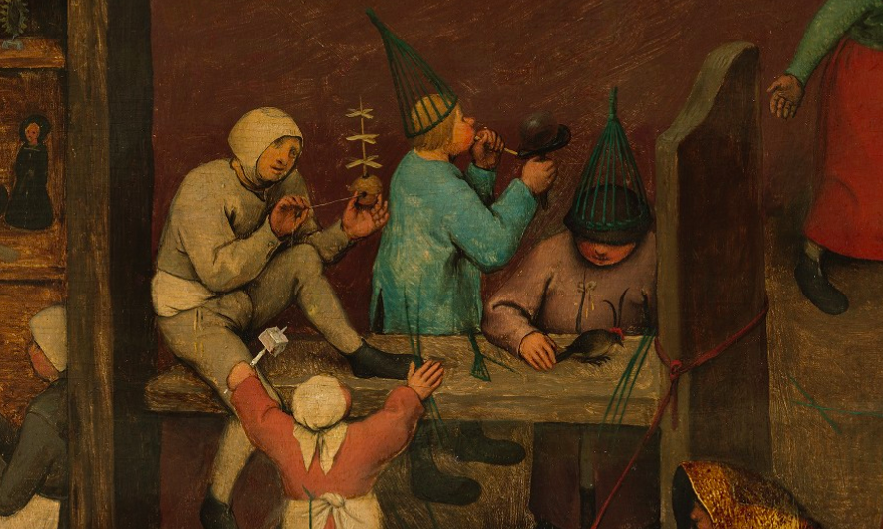 However making soap bubbles usually appeared in depictions of children, the subject is not as carefree as we may assume. An excellent example is a stained-glass form Cistercian monastery in Altenberg (today Schnütgen Museum in Cologne), depicting two boys with soap bubbles. True meaning of this depiction is revealed by the inscription on top, that reads: Sic” and „gloria mundi” – it refers to „Sic transit gloria mundi”, meaning „Thus passes wordly glory” (most likely the missing word transit is here replaced by the bubbles). It is thus an image of vanitas; perhaps the inscription on the bottom („S petii” with two notes) Refers to the line from Psalm 26: „Unam petii a domino” (“One thing I ask from the Lord, this only do I seek: that I may dwell in the house of the Lord all the days of my life”).

Depictions like that are called “Homo Bulla”. In means that a man is but a bubble – it is a saying by ancient Roman writer Marcus Terentius Varro, popularised in the early 16th century by Erasmus of Rotterdam. It refers to the fragile and temporary character of human life. 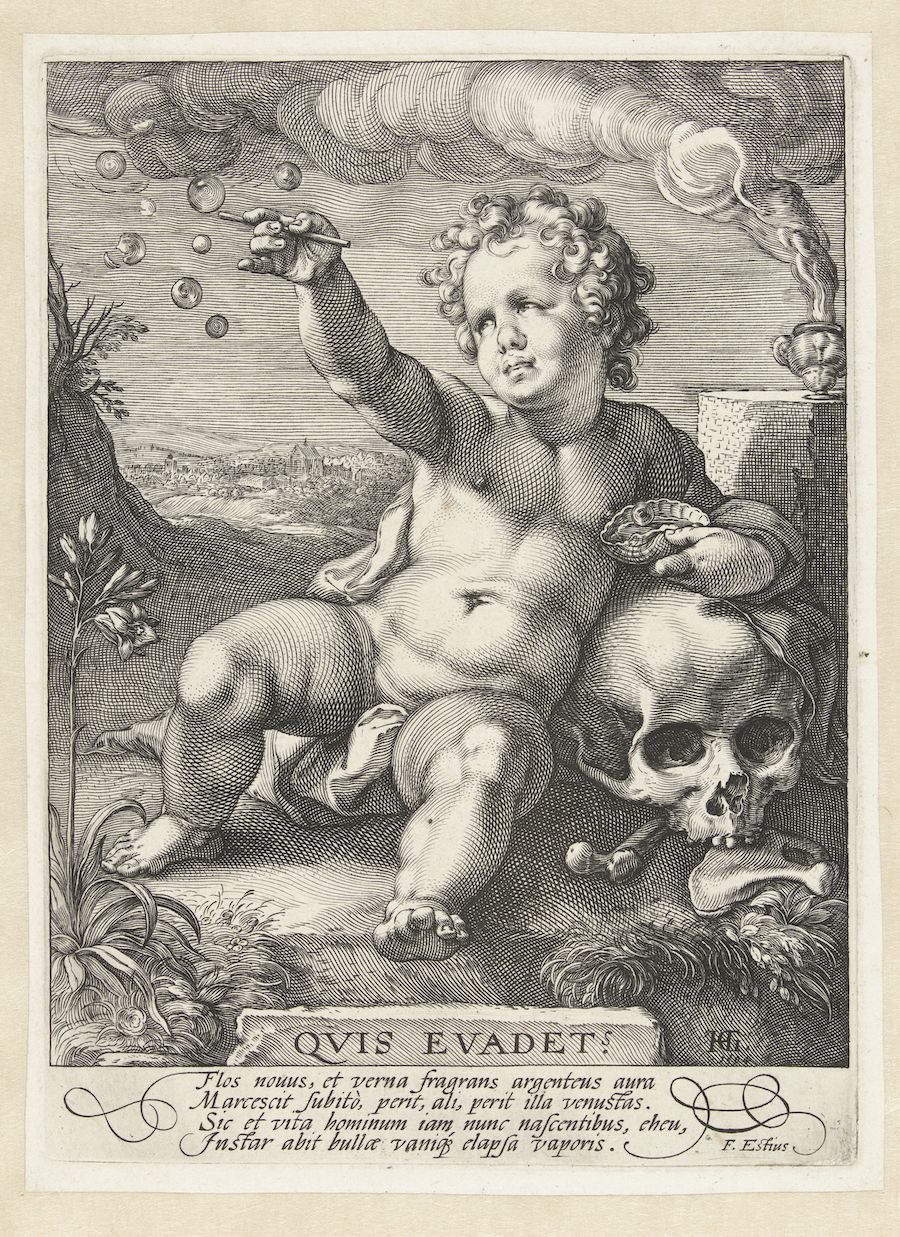 In these circumstances soap bubble becomes one of the symbols of inevitability of death – a very interesting example is a painting “Memento Mori” in Muzeum Okręgowe in Nowy Sącz (Poland, 18th c.). Soap bubbles have been juxtaposed with flowers loosing petals – another symbol of fragility of life. 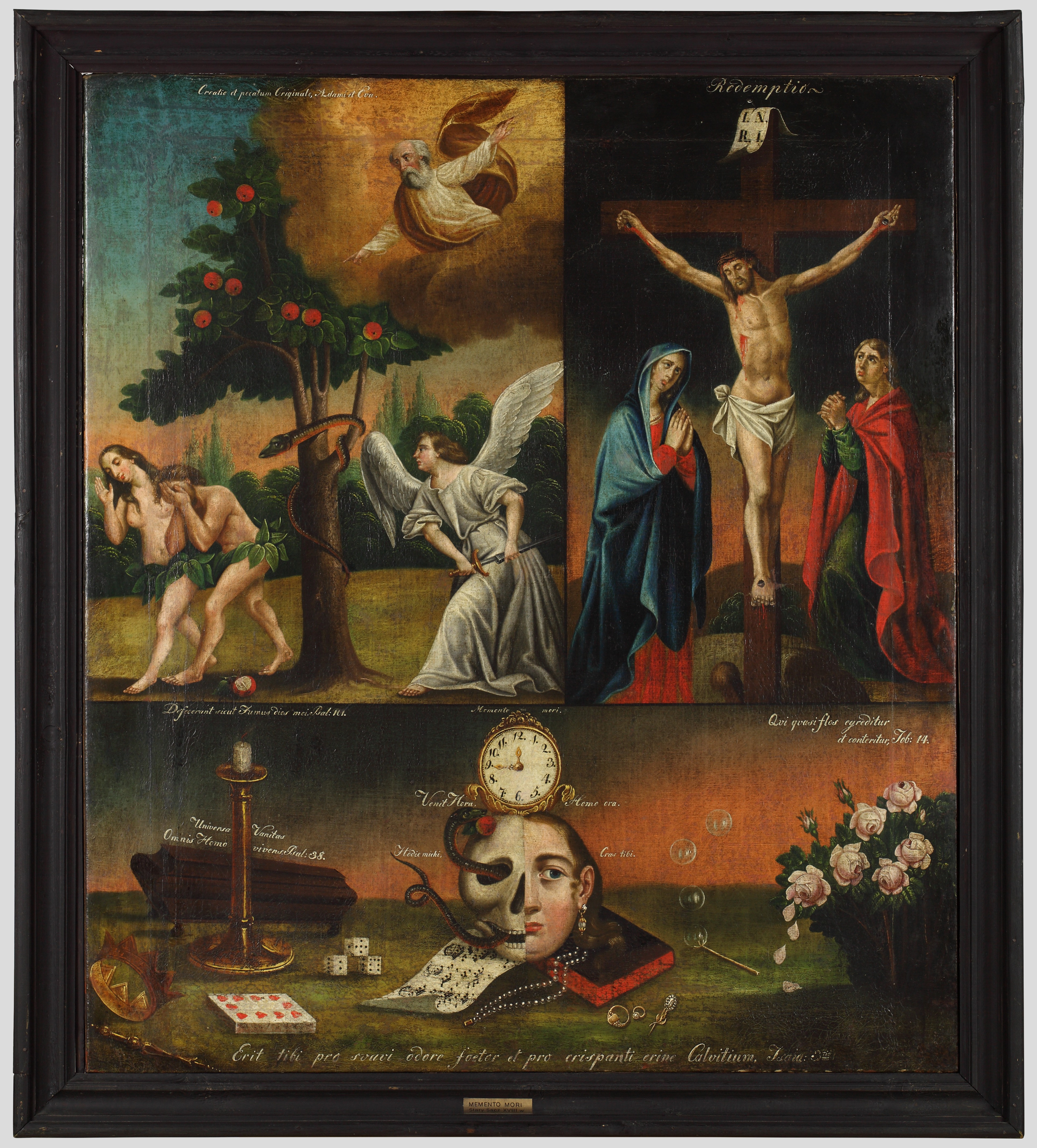 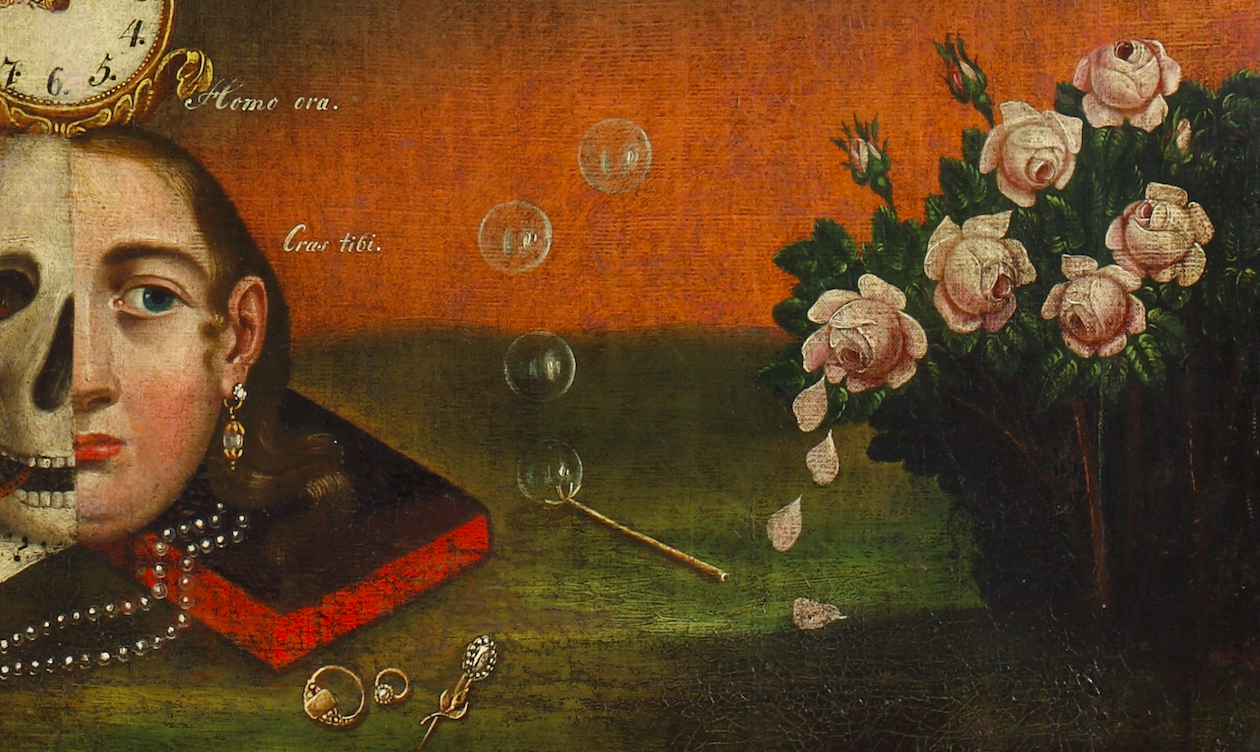 Therefore, we should not be surprised to see a child with soap bubbles decorating… a tombstone! This is an epitaph by the St Lawrence church in Tittmoning (Bavaria): 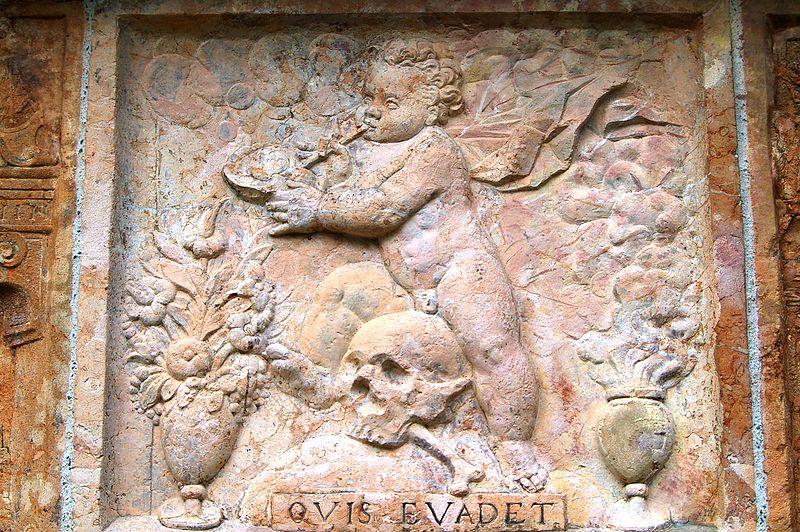 And for the very end I saved one of most charming images: check out a skeleton making soap bubbles! It is a part of wider depiction of Danse Macabre from Holy Sepulchre Chapel in former Benedictine Abbey at Michaelsberg in Bamberg (1729-1731, Johann Georg Leinberger): 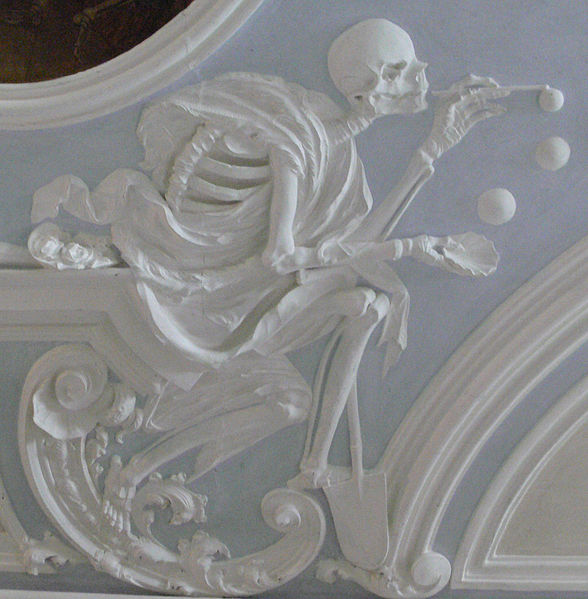 Making soap bubbles appears to be a perfect activity for a lockdown. First of all, it may be entertaining for kids forced to stay at home. Second of all – it promotes healthy habits in terms of hygiene (it is playing with soap, after all). And last but not least it has symbolism very appropriate for pandemic times. Everyone dies, eventually.