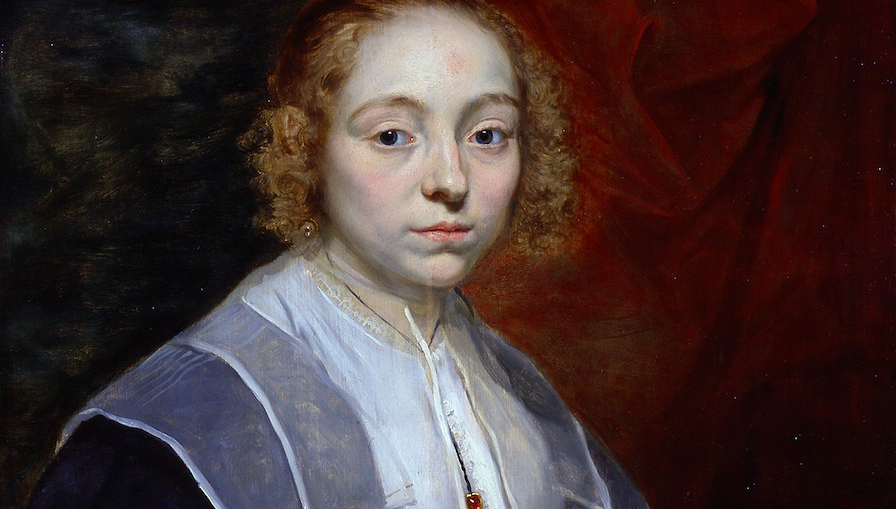 Once again, at least virtually, I am coming back to York today, to tell you about certain Early-modern painting that stole my medievalist’s heart. Working in a project National Inventory of Continental European Paintings, I found in collection of York Art Gallery a beautiful portrait of a young woman. It is Flemish, and judging by the lady’s dress, it dates back to the first half of the 17th century. It used to be attributed to Cornelis de Vos, but with no solid reason. My thirst thought when I saw this painting was that this is most certainly NOT by de Vos, as he painted in a very different, precise way.

Medievalists rarely do scholarly research on Early-modern art. It is one thing to write a catalogue note or a popular text, and entirely different – to write a proper scholarly article proposing a new attribution or dating. But as I said, this painting simply stole my heart. I suspect it may have been an engagement portrait, as the lady has her head uncovered (thus she is still a maiden), but she presents a ring on her finger. Perhaps her fiancé was not her dream-lover, as she does not seem to be very happy. And I just simply couldn’t take my eyes off her sad gaze. 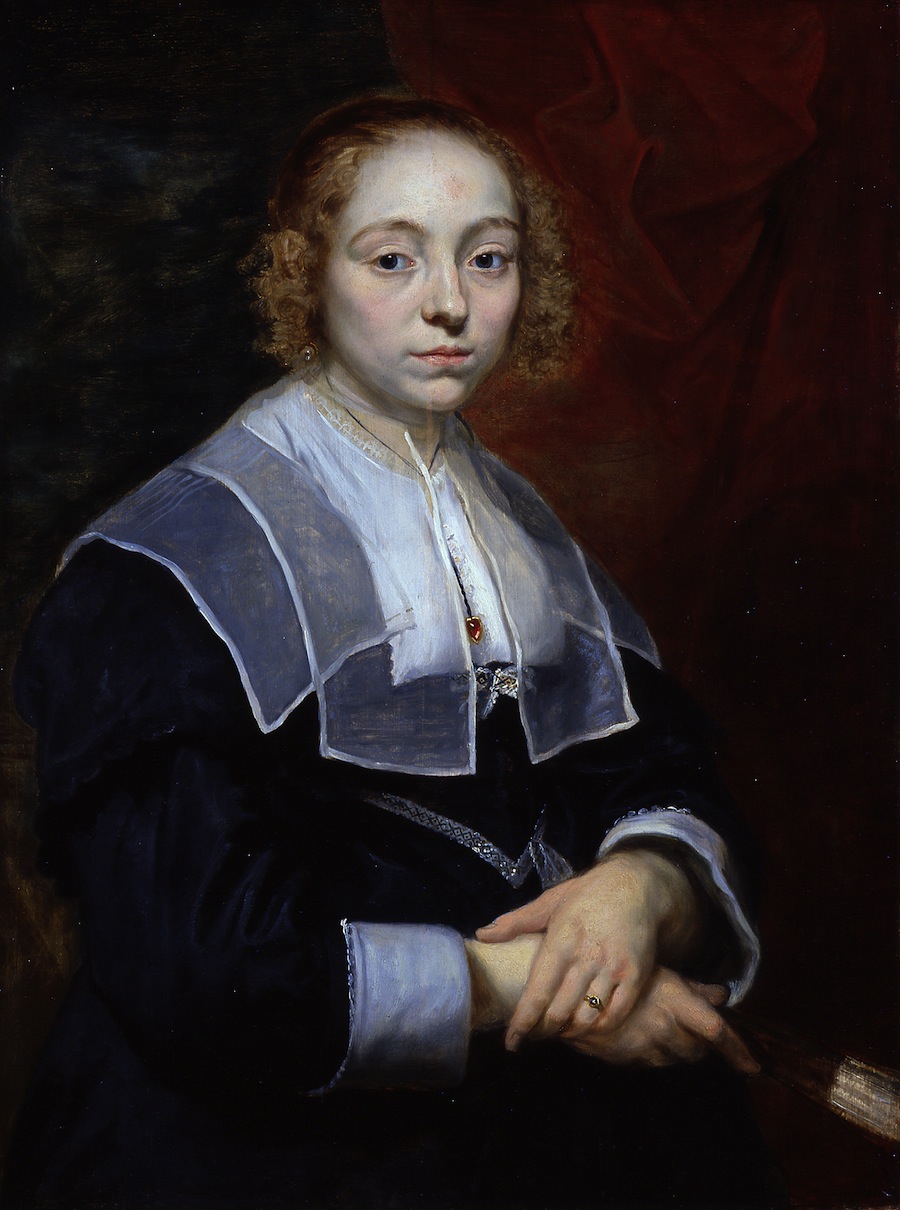 But apart from that it is simply a very good painting. The lady’s milky complexion, modelled with pink and blue, as well as her curls painted in a sketchy way resemble portraits by van Dyck or Rubens! Interesting example of that may be a self-portrait (?) of young van Dyck (ca. 1617, Rubenshuis, Antwerp), by some scholars attributed rather to Rubens:

After a long research, juxtaposing the York portrait with works of various artists from the circle of van Dyck and Rubens, I came to the conclusion that the Portrait of Young Lady may be attributed to Jan Cossiers. Honestly – I never heard of that painter before! Meanwhile, it turned out that he was a skilled painter, and according to written sources (like letters from his times) he was considered a very good portraitist. It is actually proved by survived signed drawings depicting his three sons – those portraits are really good, and we should remember that portraying children is rather difficult (as they tend to have troubles staying still for long): 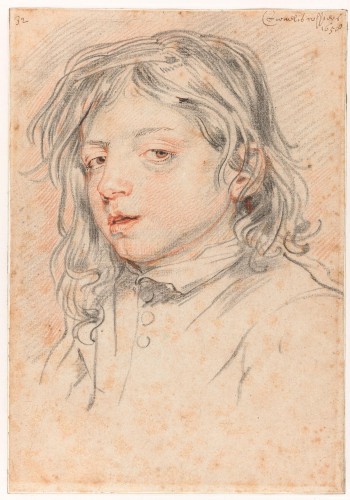 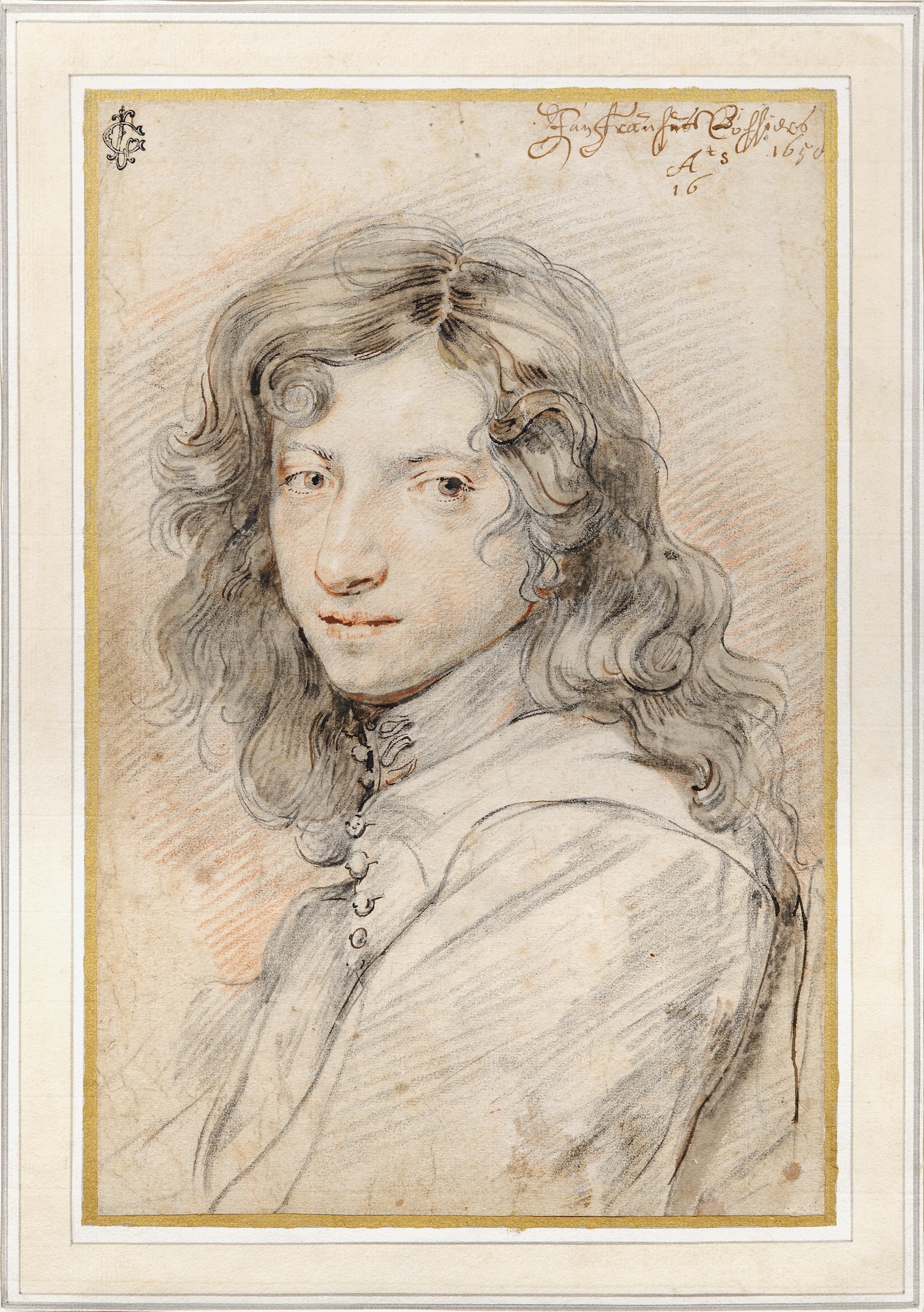 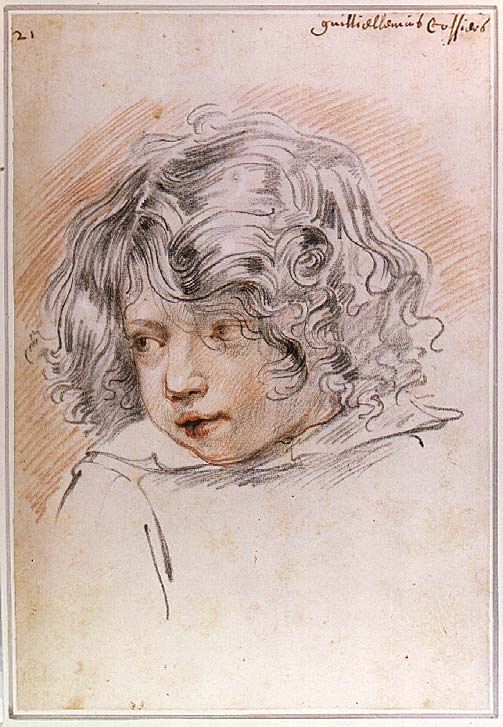 Another signed portrait by Jan Cossiers is a painting now in the Detroit Institute of Arts: modelling details in this case are really close to the ones in York portrait (although the former is painted on canvas, and the latter – on wood). The Detroit portrait is of such a high artistic quality that it used to be attributed to Anton van Dyck himself – until in 1979 renovation uncovered Cossiers’ signature (on the base of the column to the left): 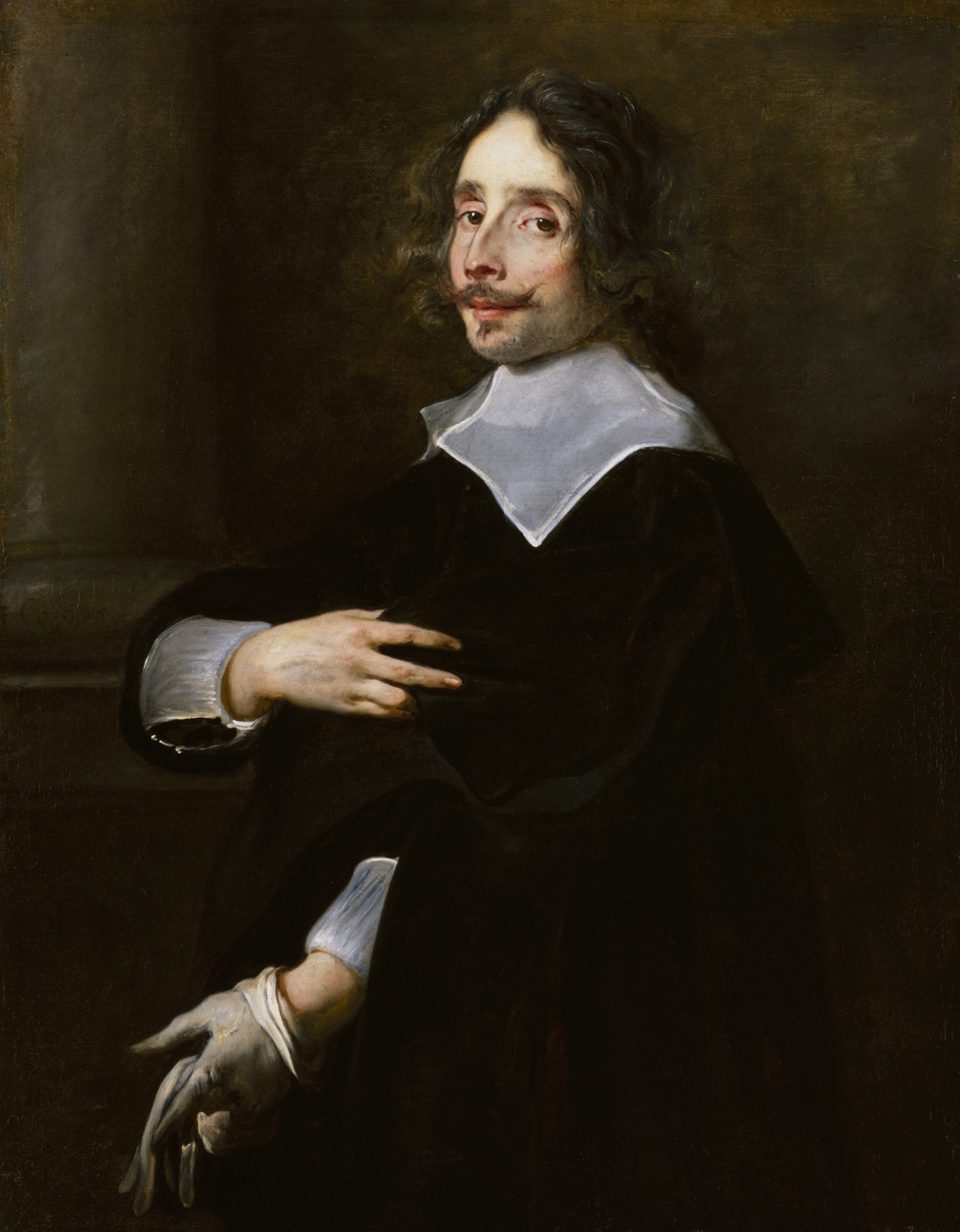 Jan Cossiers was not hired in the Rubens’ workshop, but sometimes they cooperated, and Cossiers was able to paint in the style of Rubens. A proof of that is a signature discovered on Prometheus from Torre de la Parada near Madrid. This painting was a part of a larger set commissioned by Philip IV Habsburg. Peter Paul Rubens took this commission with rather short deadline: he made designs for it and hired other artist to complete the whole thing in time. The sketch for Prometheus (by Rubens himself) survived and is now in Prado in Madrid, just like the final picture. The scholars disputed over its authorship for a long time – some argued that both the sketch and the final painting are by Rubens himself. 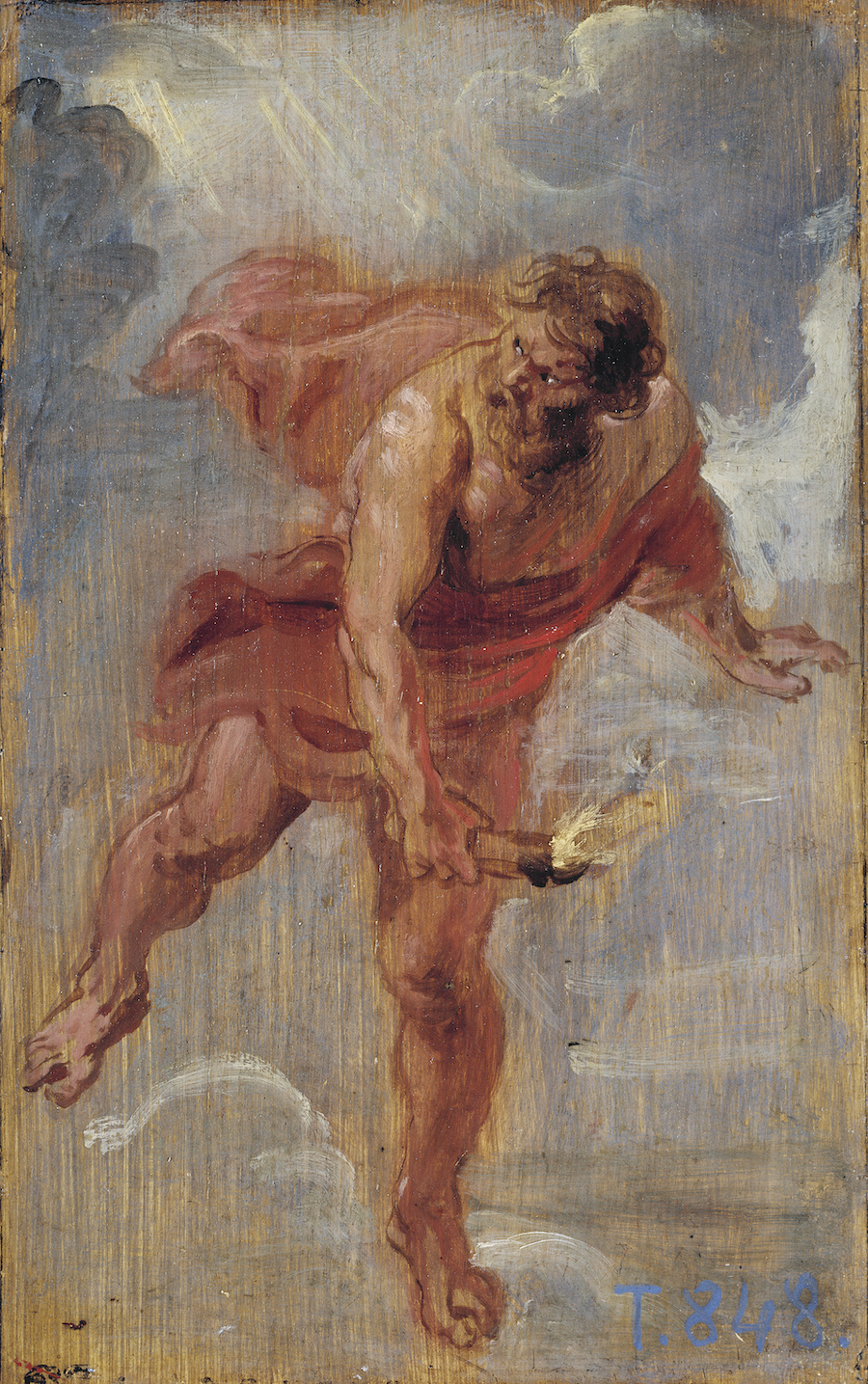 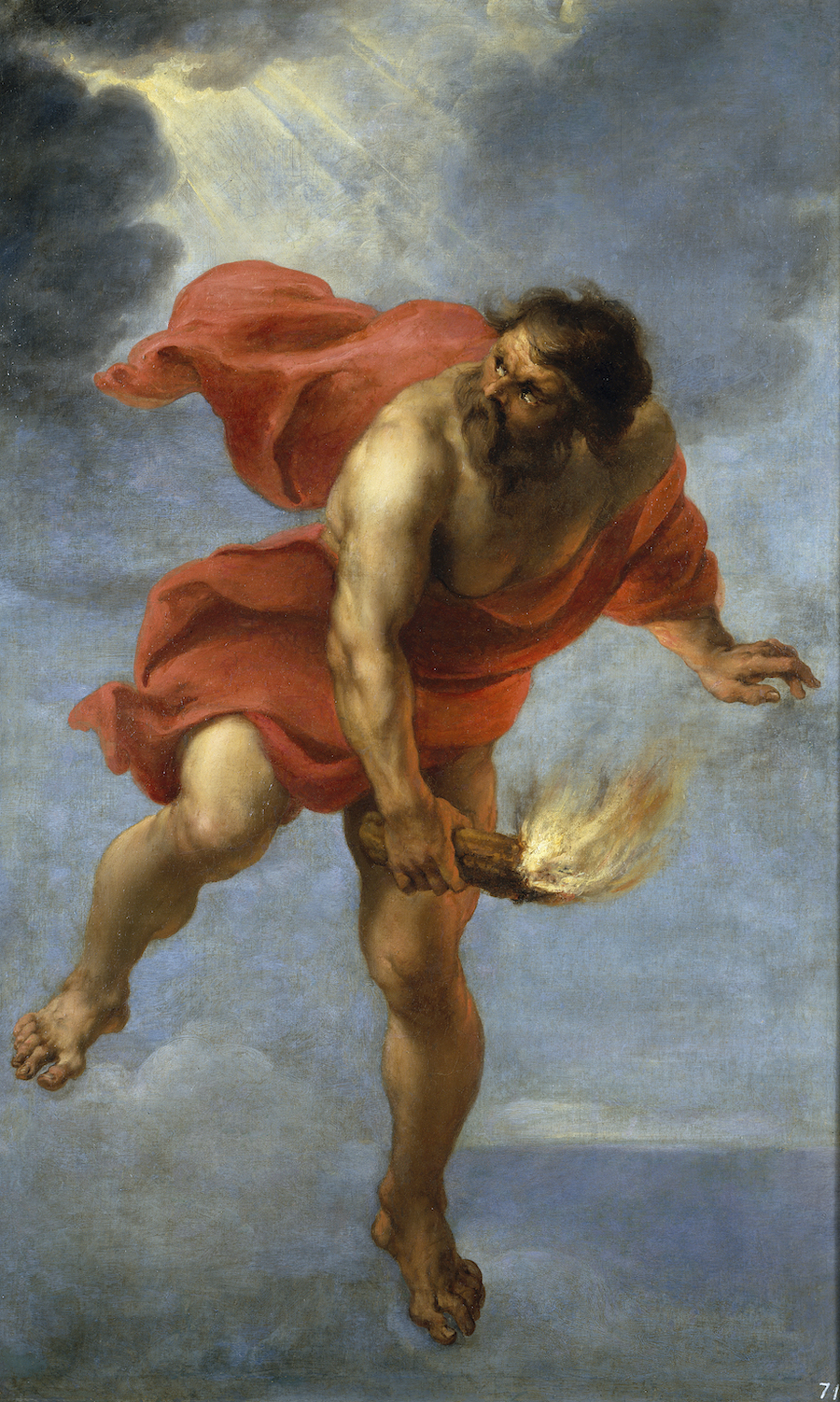 That was until 2015, when renovation of the picture revealed… a signature of Jan Cossiers on Prometheus’ torch! 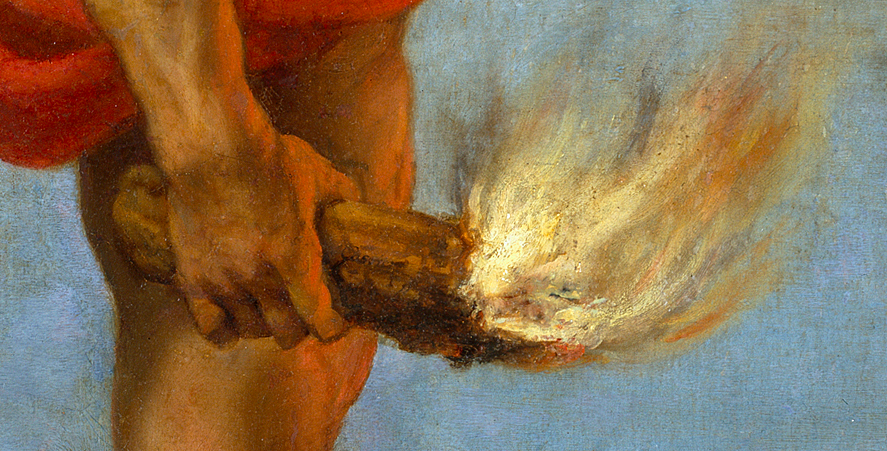 So why would such a skilled artist become forgotten? Why do we have to re-discover his works today? I suspect that some blame should be put on… forgeries!

In Koninklijk Museum voor Schone Kunsten in Antwerp there is a portrait of a surgeon, signed “Cossiers” and accepted as his work. Unfortunately, the painting is of a rather poor artistic quality; based on that we should assume that Cossiers was rather a mediocre portraitist. 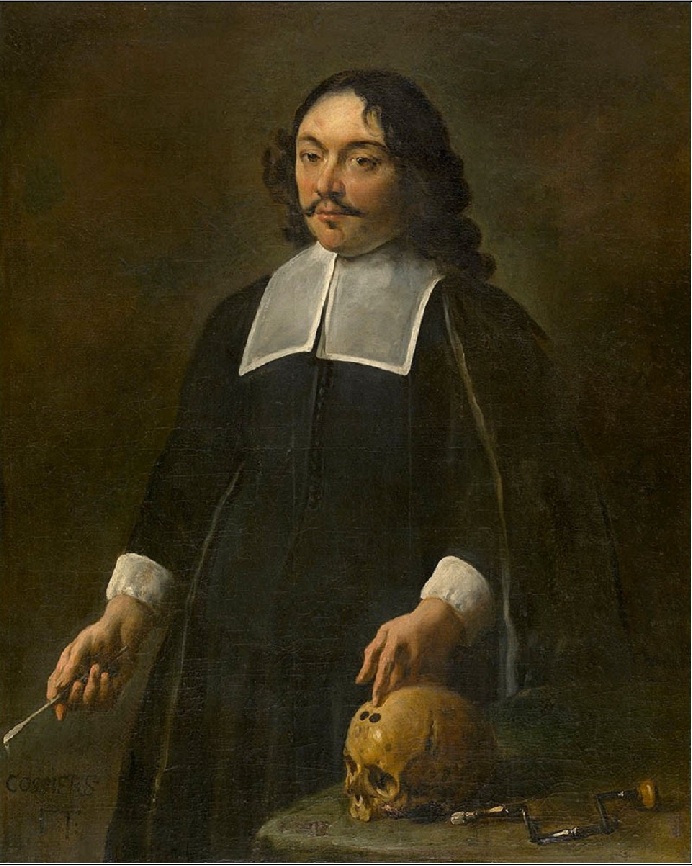 When I was doing my research on Cossiers, I asked curators in Antwerp for a high-quality reproduction of their painting – they provided that, and so it felt really awkward to repay their kindness with announcing their painting a fake. But I had to do that! After I compared artistic quality of the Antwerp painting with other works by Cossiers, and also after juxtaposing Antwerp clumsy signature with genuine signatures of Jan Cossiers, I really had no doubts I am looking at a forgery. 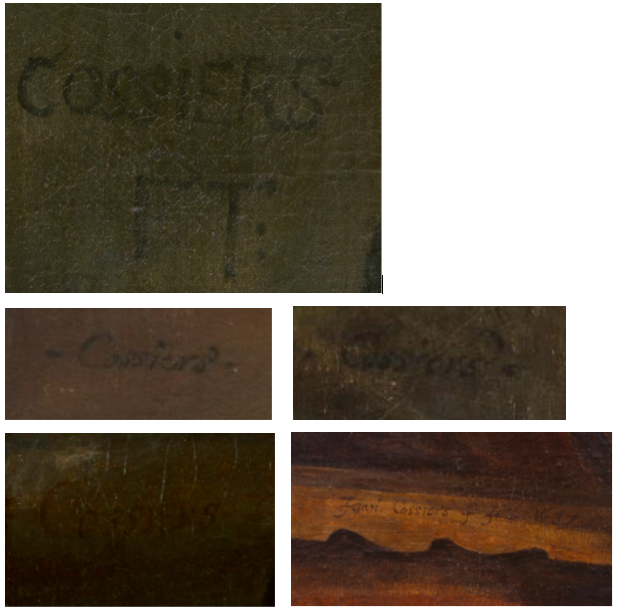 By the way, faking signature proves how valued Cossiers was at his time – no wonder, as his paintings are so good that some of them used to be attributed to van Dyck or Rubens. Unfortunately, even though those attributions were changed, and Cossiers’ oeuvre is being re-researched, the artist remains rather obscure. Just as unknown is the identity of most of his sitters: including a mysterious melancholic young lady, whose portrait is now in York Art Gallery.

My article on a Yourk portrait (with broader research) is available here: M. Łanuszka, A Suggested New Attribution of Seventeenth-Century Flemish Portrait of a Lady in York Art Gallery to Jan Cossiers, Biuletyn Historii Sztuki 1/2017, s. 87-107.