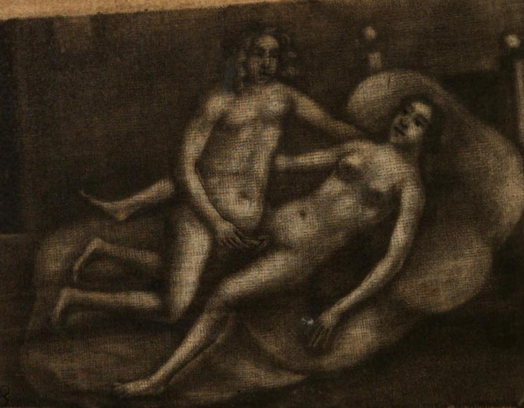 During calligraphy workshops called ABC of a Scribe (run in Atelier Landowska & Bodziony in Cracow) I have lectures on medieval paleography (about scripts) and codicology (about books). The last lecture of this series gets to the issue of incunabula and Early Modern prints, and on that occasion I also mention that in those books it was common to use various fonts even on one page. For example, for Polish for German texts they often used late-gothic typeface (Schwabacher), while latin quotes were printed in renaissance typeface (Antiqua). I have also given another example: a text in a form of dialogue, where each participant is printed in a different font.

As it happens, that particular text is actually kind of seventeenth-century pornography. But luckily, all the participants of those workshops were adults.

The above-mentioned book has been published in 1680 with a very promising title: “The School of Venus, or the ladies delight: Reduced into rules of Practice”. It is English translation of French sex-manual, attributed to Michel Millot, entitled L’Escoles des filles (Paris, 1655). It is a dialogue between two women: the elder, experienced in the art of love, and the younger, eager to learn. 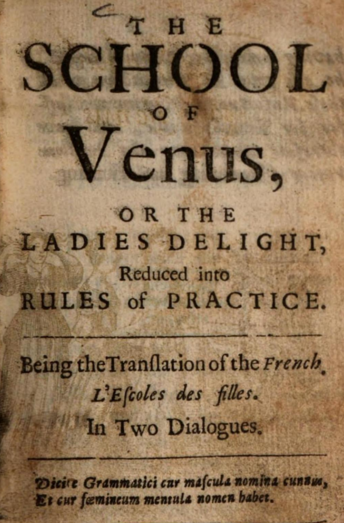 Interestingly, the French original was mentioned in famous Diary by Samuel Pepys (1633-1703), who was not only an administrator of the navy of England and Member of Parliament, but also a bibliophile. His Diary is not only a valuable record of everyday life and important events in 17th-century London, but also a unique story about the author’s intimate life (including relations with his wife and various mistresses). Pepys was not a prude, and yet, he was shocked by the content of L’Escoles des filles. He purchased this book in London; initially he meant to have it translated for his wife, but when he read it, he decided to burn it! What kind of content did Samuel Pepys find unsuitable for his wife to read? I suppose he may had been concerned about fragments like this: 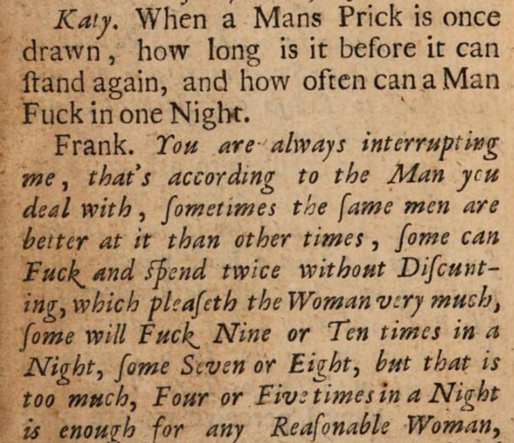 Samuel Pepys did not immediately realise that this book is indecent because the French original did not have any illustrations. Meanwhile, the English translation has been decorated with prints that leave rather little to the imagination. 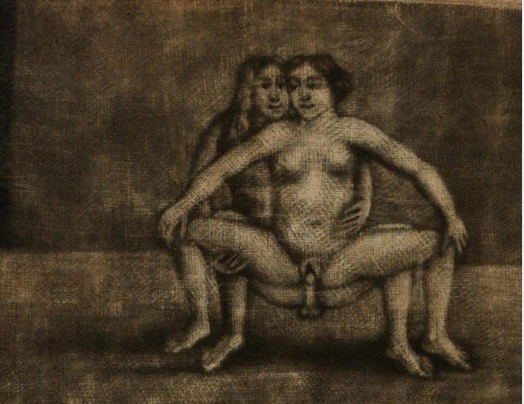 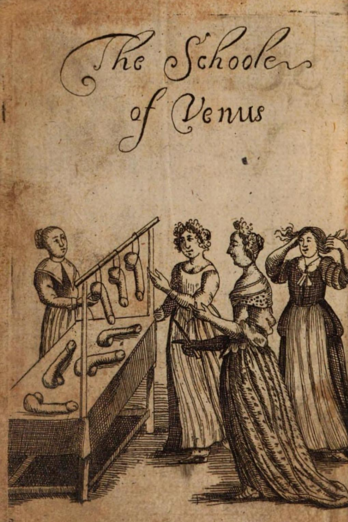 This kind of old print is a rare treasure because such literature was often confiscated and destroyed in entire editions. I have previously written about sixteenth-century books on sexual positions, which also had been destroyed (post available HERE). It seems that this particular seventeenth-century book survived in one unique copy, today kept in the Bayerische Staatsbibliothek in Munich – but nowadays it is available for everyone in the service Google Books. Including all the illustrations, of course. 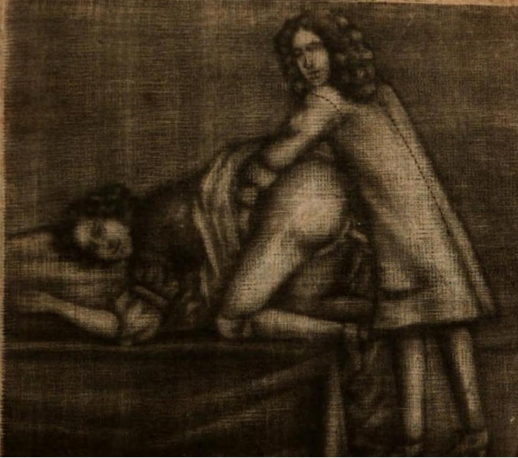 And what can we learn reading this book today? Well, many interesting things! For instance, that back then people used condoms made of pig bladders. Or that in the moment of ecstasy men prefer to use monosyllable words (hence English “Fuck”, “Prick” or “Cunt”, all spelled respectfully with capital letters). Also, we may read about sex-dolls (called “statues”) both for men and for women. Ladies who could not afford a whole “statue”, may have purchased just a dildo, made of glass or velvet, which could have been filled with milk, to be injected during climax. One of the prints actually presents how to use such a toy, after attaching it to an ankle. 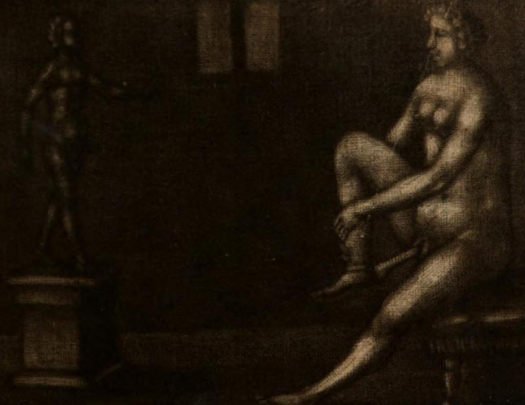 Isn’t that wonderful that nowadays a unique old print, survived in only one copy, is available all around the world thanks to the digitalisation of library collection? Such monuments should be cherished and admired, and we must remember that old prints are not less valuable than old paintings and sculptures. And that is why I analysed this book: purely out of scholarly reasons, of course. 🙂