Home » Blog » How did Ladislaus I the Short of Poland (not) look like?
Mon20

How did Ladislaus I the Short of Poland (not) look like? 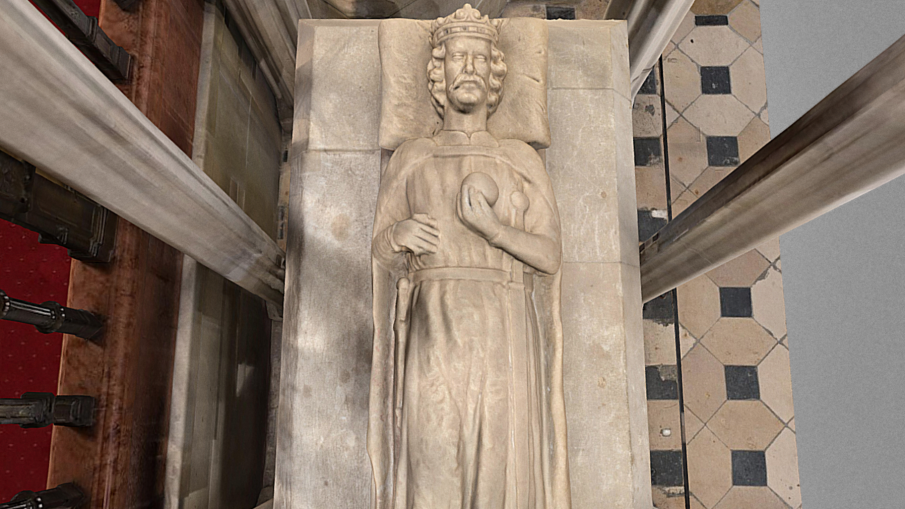 On January 20th, 1320, the coronation of Ladislaus I the Short took place in the Cracow cathedral (or, to be more specific, in its ruins after a huge fire). From this day, subsequent kings of Poland were crowned in that particular place, the only exceptions being Stanisław Leszczyński (king of Poland in 1704-1709 and 1733-1736) and the last one, Stanisław August Poniatowski (king of Poland in 1764-1795), both crowned in Warsaw. This seems to be good moment to note the old tradition saying that no Polish king should be named after the bishop martyr St Stanisław, whose relics are in the altar placed in the middle of Cracow cathedral. Well, indeed, both Polish kings named Stanisław ended up abdicating.

But let’s get back to the first Polish king crowned in Cracow cathedral, that is Ladislaus I the Short: not only he started tradition of royal coronations in Cracow, but also his tomb was the first one of the subsequent group of royal tombs in Cracow cathedral. This first tomb (Ladislaus died in 1333) became a point of reference for the next, especially the gothic ones. But we should frankly admit: that first one is actually the worst. 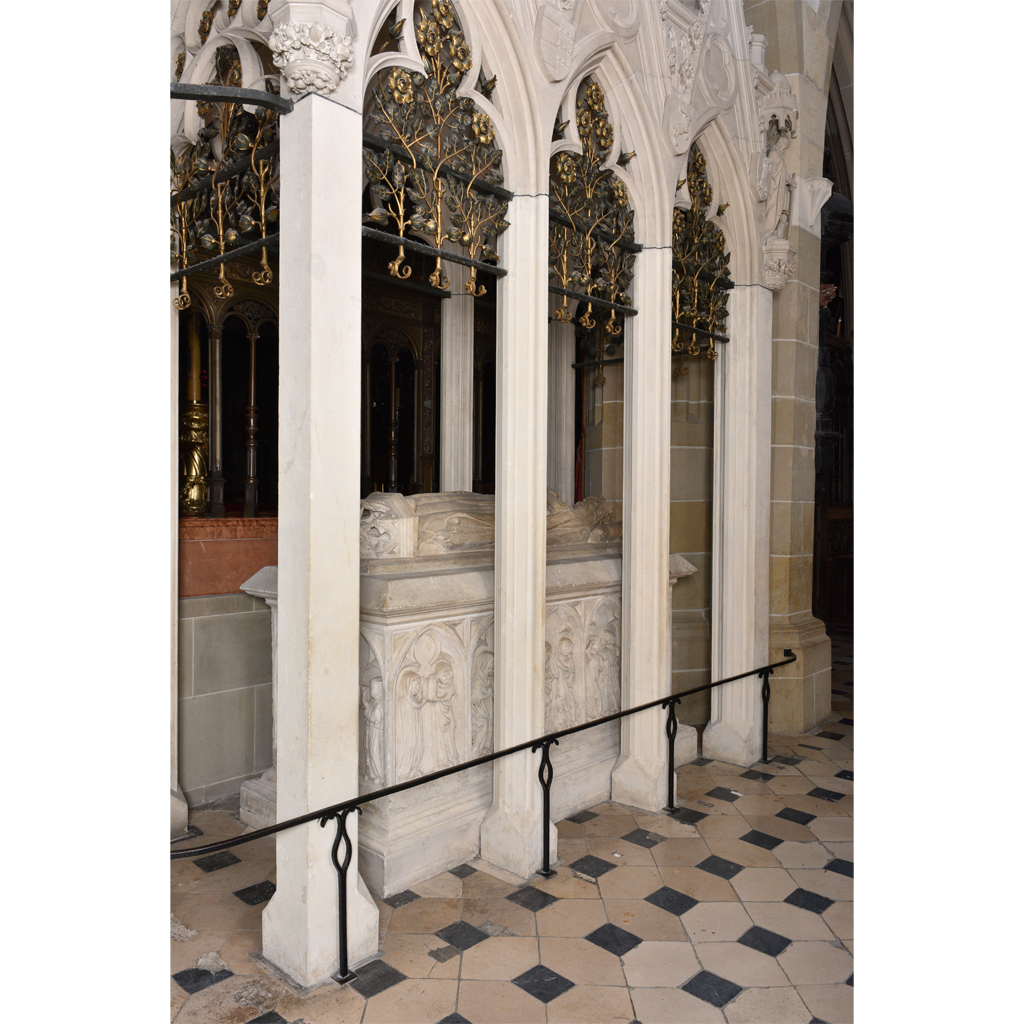 At first it probably was not that bad (it surely was not THAT bad!), but, alas, this first tomb was made of local limestone, which is not a long-lasting material. The best-preserved are now the figures decorating sides of a tomb, but still, they are rather damaged.

Initially, the tomb’s decoration was very well considered. The sides of the tomb are decorated with depictions of members of the royal court, mourning king’s death: clergymen, laymen and laywomen; the origin of that kind of decoration is French. Moreover, the tombstone was covered by a canopy, which occurred in sepulchral sculpture to mark burial sites of especially important people: saints, popes, and rulers; it derived from architectural structures of altars. Unfortunately, the original canopy did not survive; present is a neo-Gothic reconstruction dating back to the time of a major renovation of the cathedral, conducted by Sławomir Odrzywolski at the turn of the 19th and 20th centuries. Odrzywolski discovered the remains of original pillars, and so he reconstructed all of them, adding the top of canopy in a purely new form. Therefore the medievalists do not focus on that canopy at all. Earlier 19th century visual sources do not contain the canopy, of course. 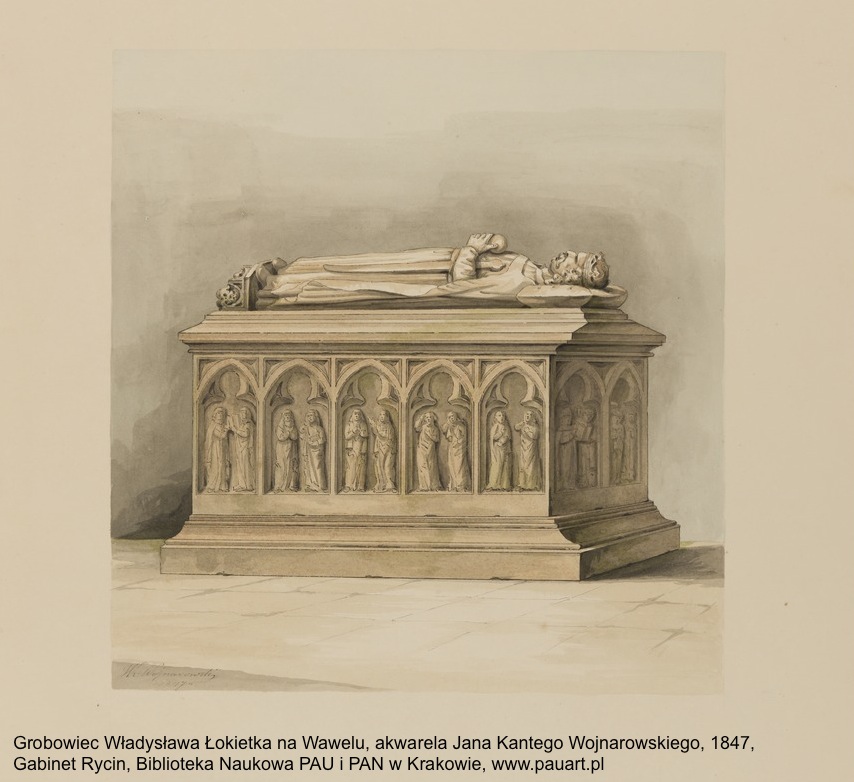 The authors of this tomb were masons familiar with the art of Lower Rhineland and Hesse; they worked in the second phase of construction of Cracow cathedral, which ended in 1346 with the completion of the choir. Unfortunately, we will probably never know how the original figure of king Ladislaus from the tomb looked like. What we have now is a result of significant remake completed in Early-Modern times; moreover, it is artistically weak. Luckily for the tomb, the top figure is usually observed from a specific angle; but when we look at a photo made from the straightforward perspective of the canopy, the misery of this sculpture is revealed in all its wretched glory.

We tend to assume that the image of the deceased on a tombstone more or less corresponds with the actual features of depicted person. Even considering the fact that medieval sculptures were often idealised, at least some general elements should be consistent with reality (at this point I may recommend you one of my archive posts, dedicated to Agnes Sorel, whose funeral image turned out to be much more realistic than previously assumed; it was revealed thanks to the examination of her scull. The post is available HERE). In case of Ladislaus I the Short we assume – because of his tombstone image – that he wore large moustache and curly hair. That image was further supported by the famous image from the series of portraits of Polish rulers by Jan Matejko. 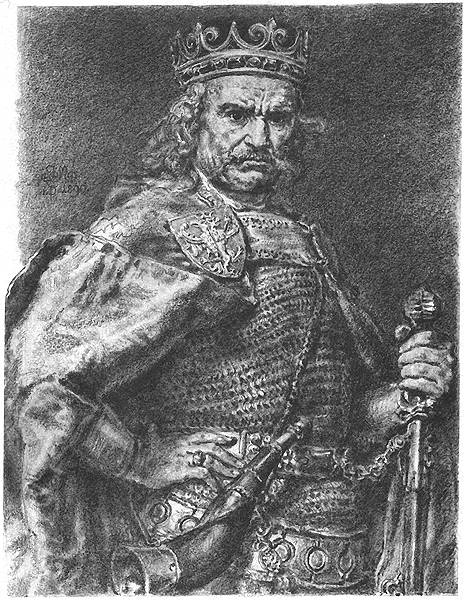 In fact, as long as curly hair may do, the male fashion of the late 13th and early 14th centuries rather did not included wearing such moustache without a beard. One may say that it seems to be typical image of an Early-Modern Polish nobleman… and indeed, most likely the face from this tomb was actually created by the end of the 17th century! How do we know that? Well, there is a protocol of visitation of bishop Andrzej Trzebicki (dating back to 1670-1672), where this tomb has been misidentified as a burial place of… queen Hedwig of Poland! Obviously no-one assumed that the Queen – otherwise known for her beauty – had moustache!

So, to sum up: in the 1670s the sculpture on this tomb was so damaged that it was no longer certain whether it depicts a man or a woman. Most likely in the last quarter of the 17th century the figure was re-sculpted, and subsequent renovations took place in 1761 and 1838. During the latter a hole was created in the tomb, and apparently it enabled the renovators to peek inside the grave placed below the church floor: they noted that there is a corps of a small person, but no-one opened the grave properly and the remains were never examined. Perhaps one day it will happen, and then we finally get to know how Ladislaus I the Short actually looked like.

On the occasion of 700th anniversary of the coronation of Ladislaus the Short the Royal Wawel Castle and Cathedral in Cracow invites you to visit temporary exhibition, entitled “Treasures of the Piast Dynasty” (open until April 19th, 2020: https://wawel.krakow.pl/en/exhibition-temporary/treasures-of-the-piast-dynasty-700th-anniversary-of-the-coronation-of-ladislaus-the-short). Also, you can enjoy 3D virtual model of the tomb available in the service Virtual Museums of Lesser Poland.