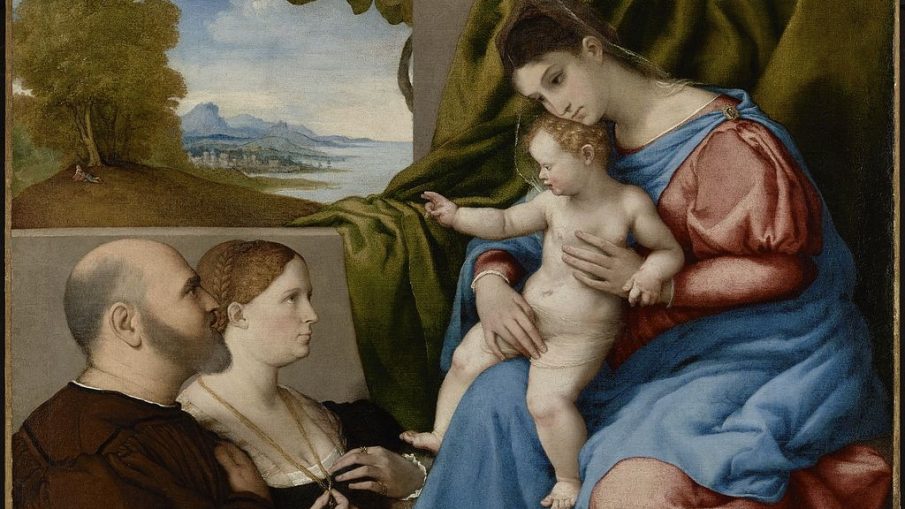 Recently I have been studying iconography of St Mary Magdalene, so this post starts with her. After his resurrection, Christ appeared to Magdalene and that scene is called Noli me tangere (earlier I wrote about this scene HERE). Those are words he said to her – nowadays it is translated as “do not hold on to me”, but it used to be translated as “do not touch me”. And the issue of touching is obviously present in some depictions ot this scene. For instance, let’s take a look at a fresco dating back to the beginning of the 16th century (Oratorio della Santissima Trinità in Momo, Piedmont, Italy):

If that is a moment when Christ said: do not touch me!, it seems it was justified defense against molesting! Apparently, Magdalene’s enthusiasm was considered improper, as is also proved by the Early-modern sermons. In 1608, Szymon Wysocki wrote, that Mary Magdalene was foolish to run and try to embrace Christ, and so everyone should consider how to behave properly. Meanwhile, Jacek Liberiusz wrote in 1669 that a Catholic should always say “noli me tangere” to any indecent company, as well as wanton ladies, who try to lure you into improper conversation.

However Christ may have protested when it came to his meeting with Magdalene, there was not much he could have done while his dead body was touched in an obscene way. The example of that may be found in some medieval images of Descent from Cross. 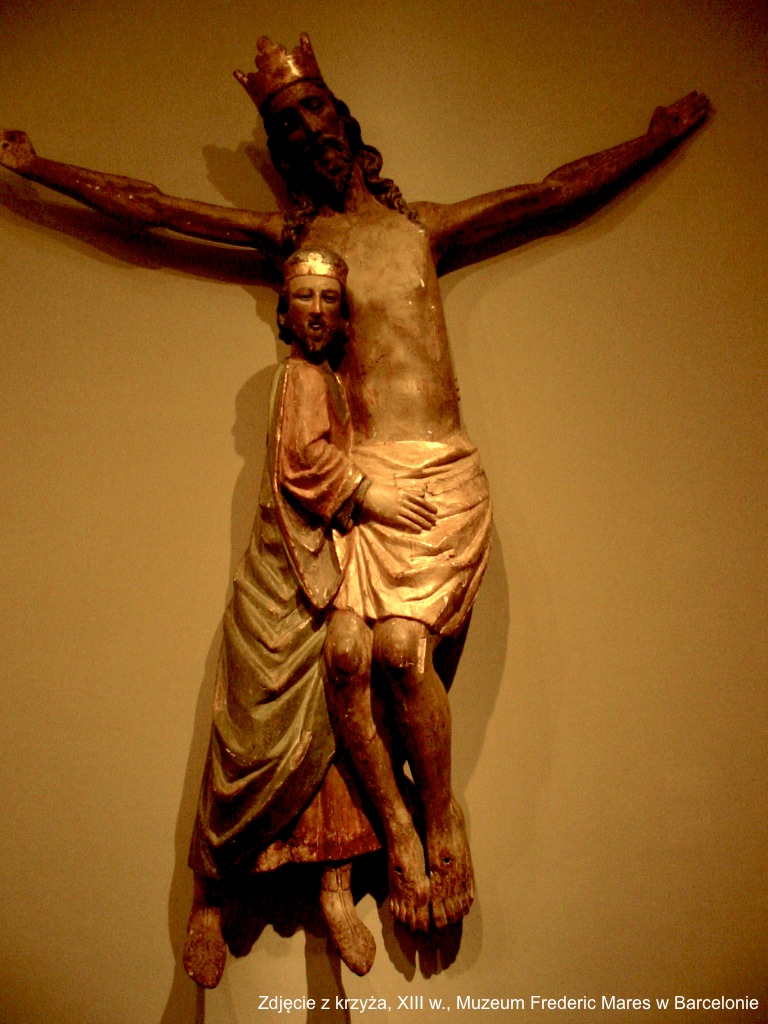 In fact, even the Lamentation may be not entirely modest: a very interesting example is a miniature from Petites Heures du Duc de Berry (Bibliothèque nationale de France, Latin 18014), dating back to the turn of 14th and 15th centuries. Among the miniatures of a Passion Cycle, completed by Jean le Noir in 1375, we may find a following image: 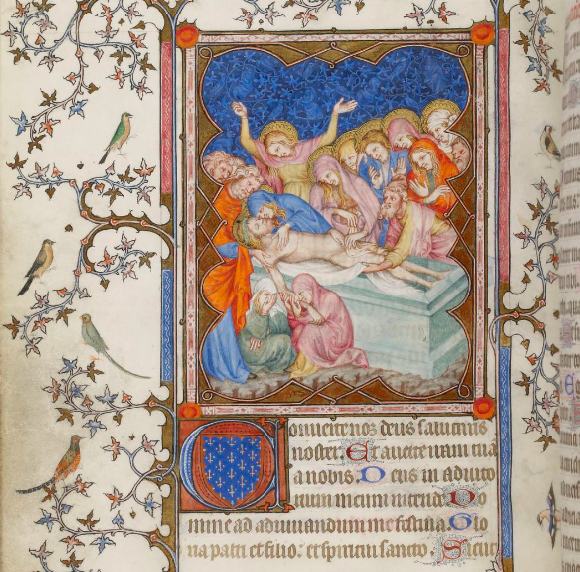 Something strange is going on here in the area of Christ’s groin: one of the ladies covers (or uncovers?) that part of his body, while someone’s hand reaches in that direction! I must say that at first I actually thought it was a right hand of Virgin Mary (she is holding her dead son only with her left hand, while another hand on Christ’s shoulder belongs to the man standing by his head). But then I received a comment from one of my readers and he proved me wrong: the position of a thumb actually indicates that it is a left hand belonging to Christ himself. Either way, that kind of gesture is never painted by accident: the artist clearly focused our attention on Christ’s groin on purpose. 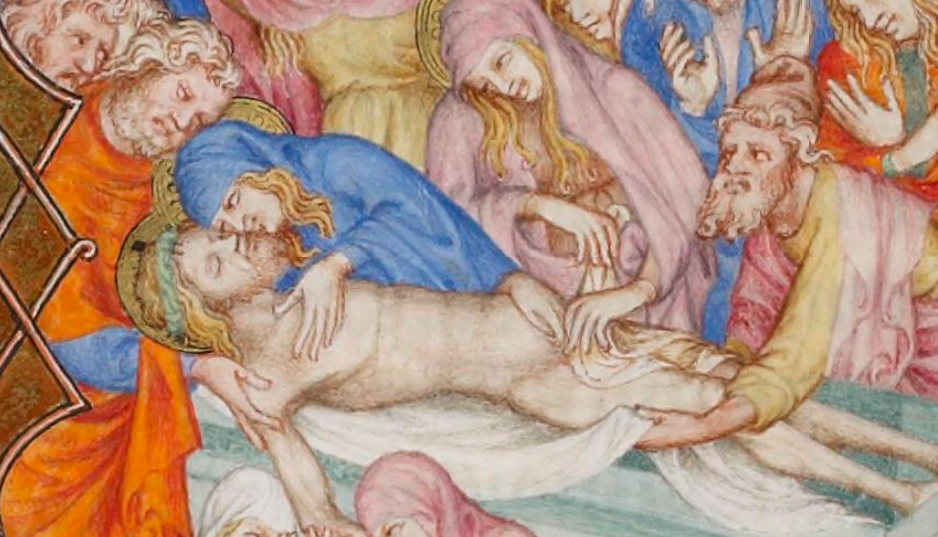 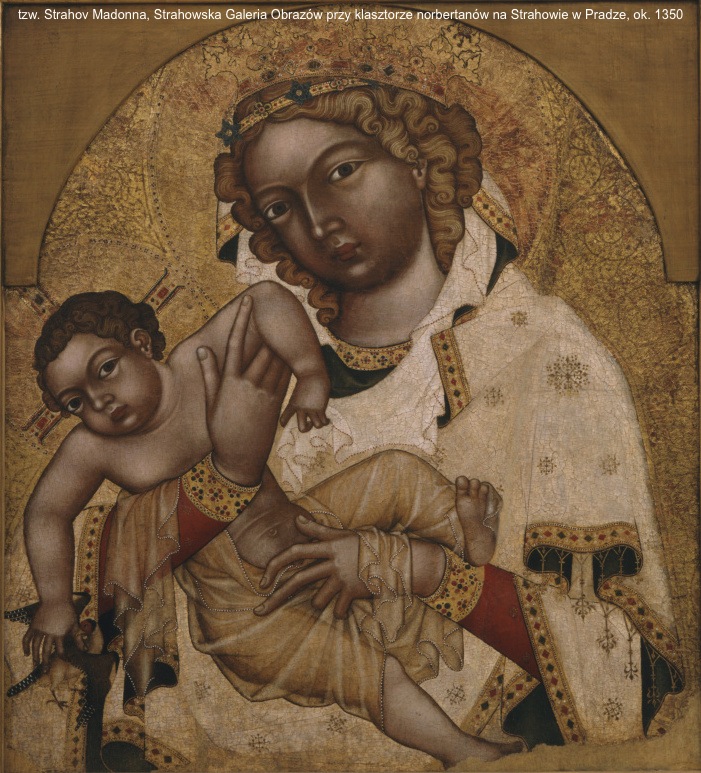 Sometimes, it is his grandmother, St Anne… 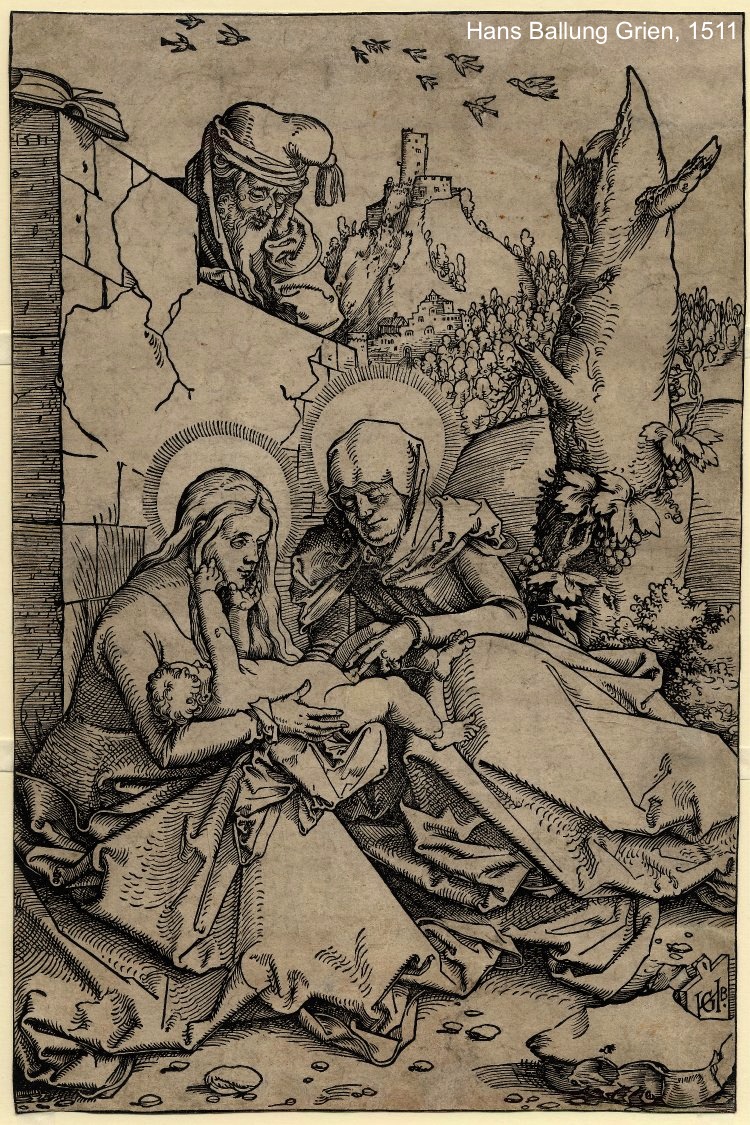 And sometimes baby Jesus reaches towards his crotch himself. 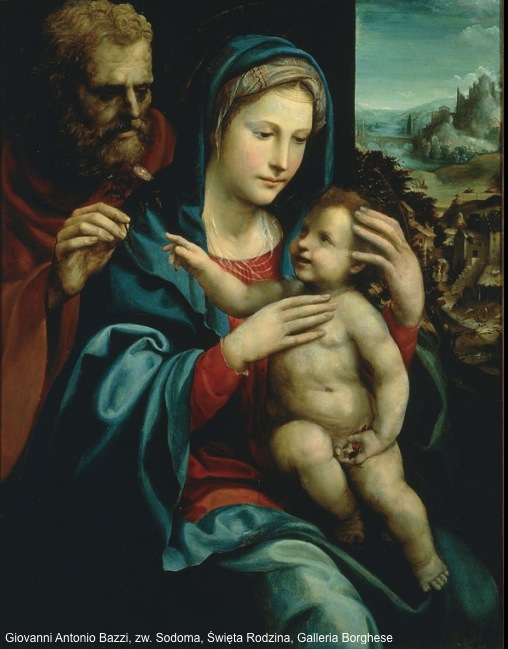 And of course an art historian cannot ignore this kind of iconography. It actually has its own scholarly term: ostentatio genitalium. In most cases it is assumed that it is supposed to stress the mystery of Incarnation. It also presents the Body of Christ (Word made Flesh) and enhances human nature of the Saviour, which is equally important as his divine nature. Sexuality is an inevitable aspect of humanity, and God had to become fully human to be mortal, so he could fulfill the Sacrifice by dying (and resurrecting). Also, stressing the aspects of Christ’s manhood may have been related to depicting Jesus as New Adam, as well as the Groom from the Old Testament’s Song of Songs. And indeed, most of the depictions described as ostentatio genitalium simply present Christ’s genitals. 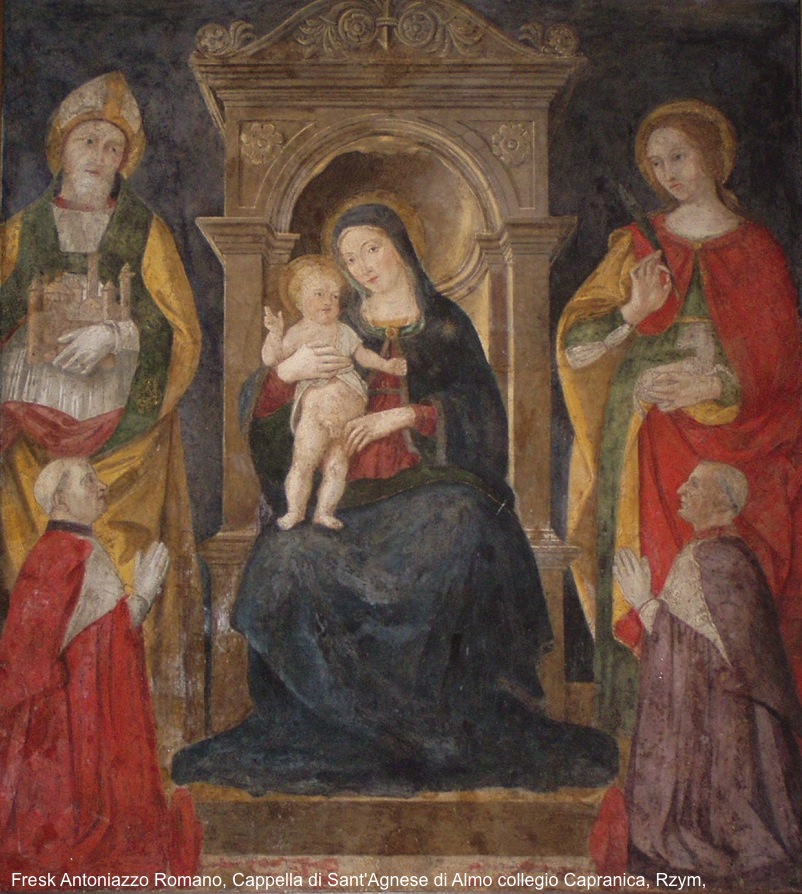 In some cases Maria points out to what we’re supposed to look at… and in some cases pointing out turns into indecent touching. 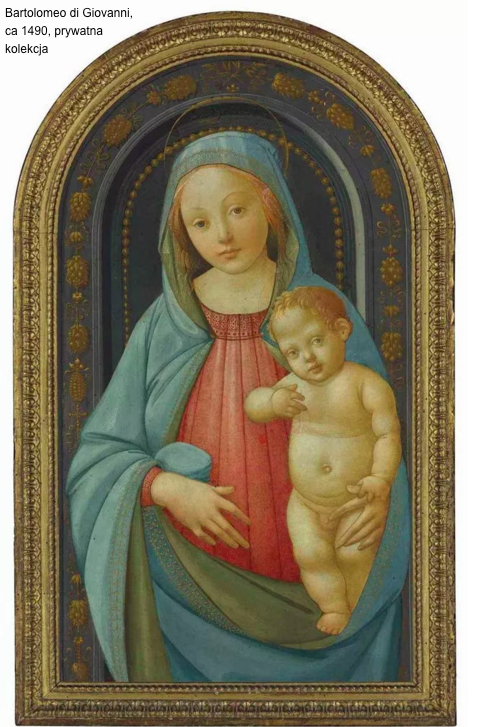 Well, no wonder that when he finally completed his mission – when he died, and risen – he immediately demanded: do not touch me! 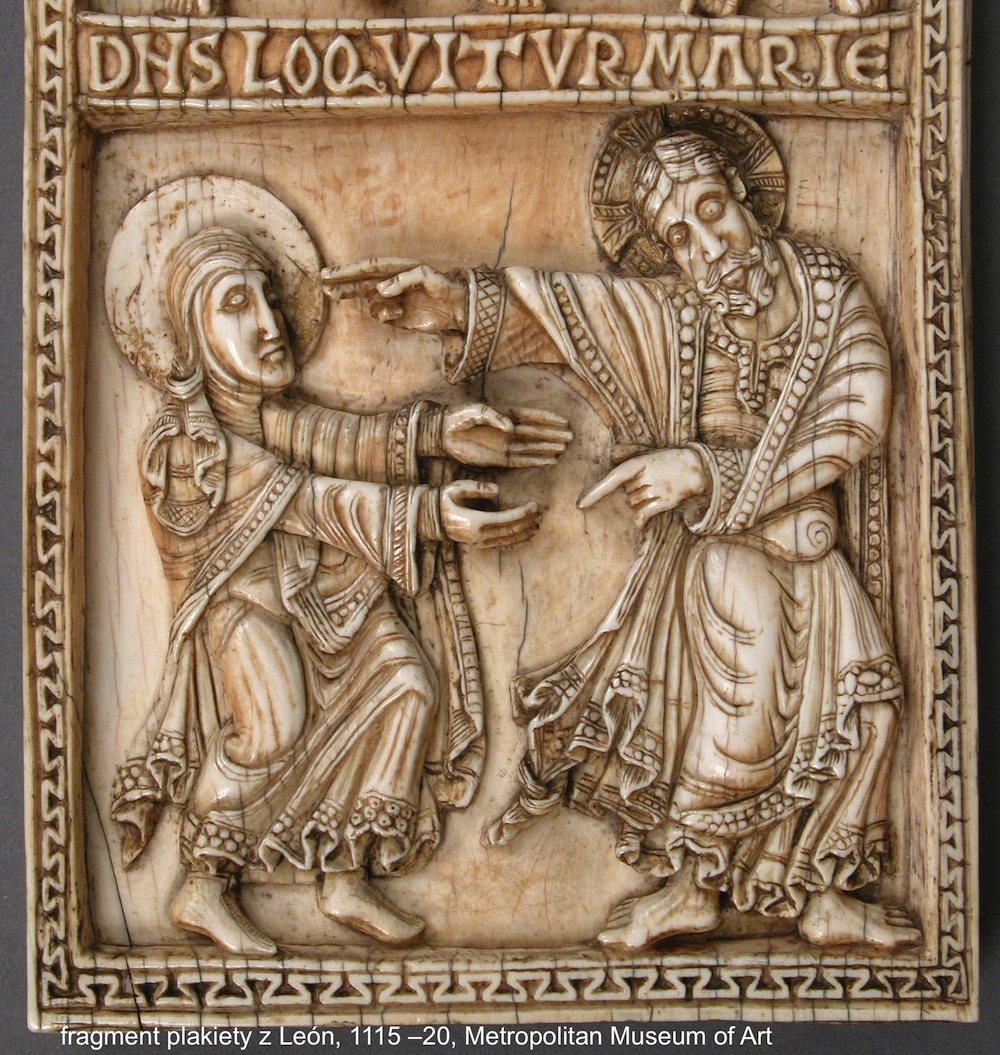