I see your true colors… 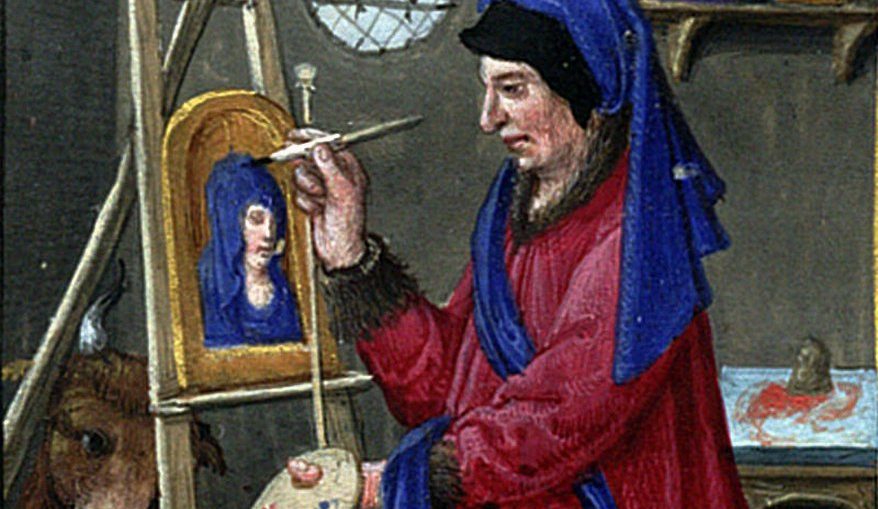 There is a Facebook page in Polish called The Brief – co znosi psychika grafika; they publish various funny or frustrating dialogues between graphic designers and clients. Some time ago they posted following image: 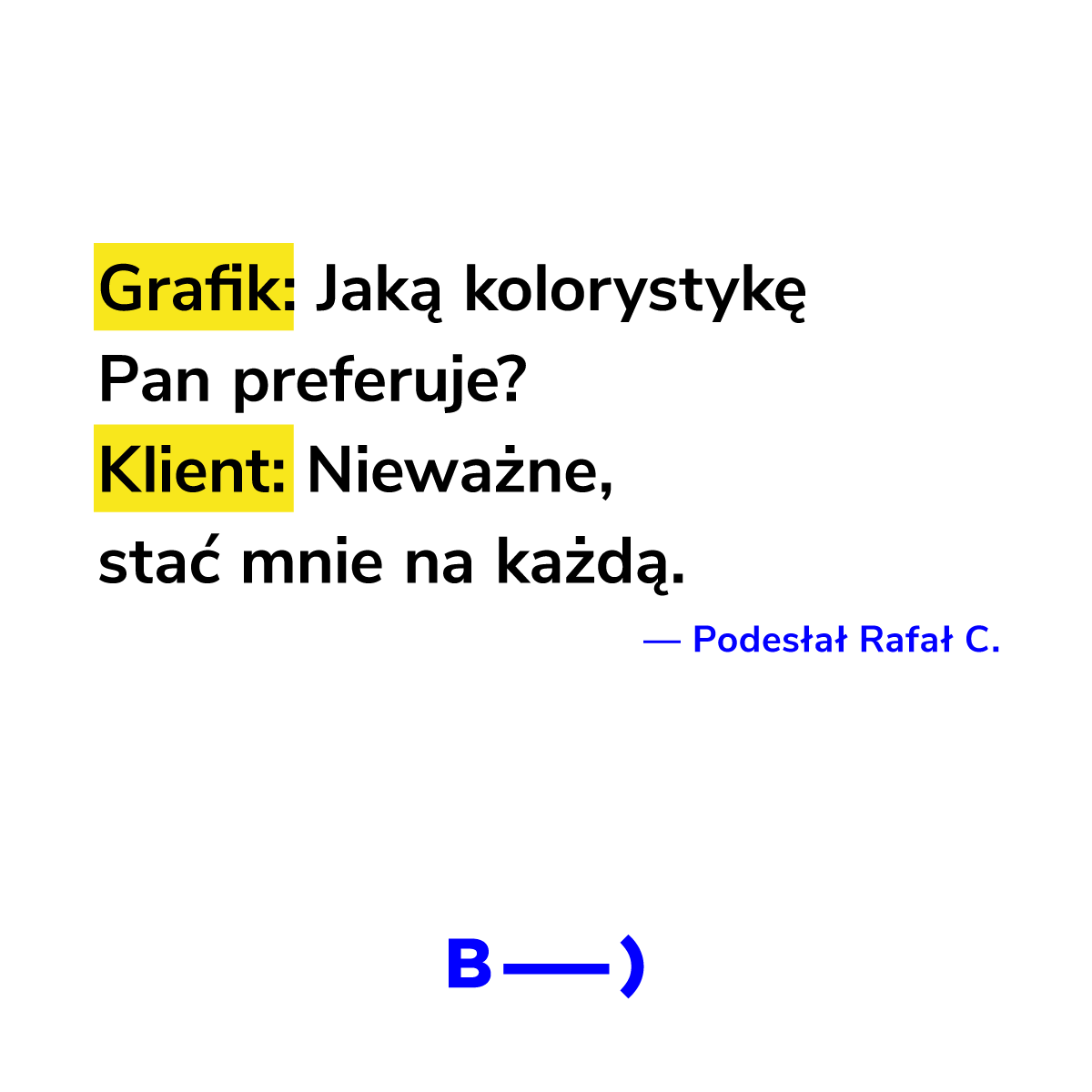 [Designer]: what colours do you prefer for your project?

[Client]: It doesn’t matter, I can afford any colour.

As a medievalist I must say I actually find that client rather reasonable: for me it is obvious that the colours may be cheap or expensive. That is why I used that image to create my own meme – probably understandable only for a few lovers of the Middle Ages:

The colours in Old Masters’ pieces were never random. They were selected considering various factors: costs of pigments, symbolic meaning of each colour, and also the requirements of certain artistic techniques (for example, for stained-glasses mostly metal oxides could have been used, as resistant to the temperature required for melting glass). Of course the cost of certain colour depended on the worth of material that was used to produce the pigment. That also affected symbolic meaning of particular colours and its use, for example, for clothes of certain characters. As a result, Christ or Virgin Mary have not been depicted as wearing green – not because it is a bad colour, but because it was not considered respectable. It was rather common, created of copper, hence cheap. Unlike blue or purple, for instance. 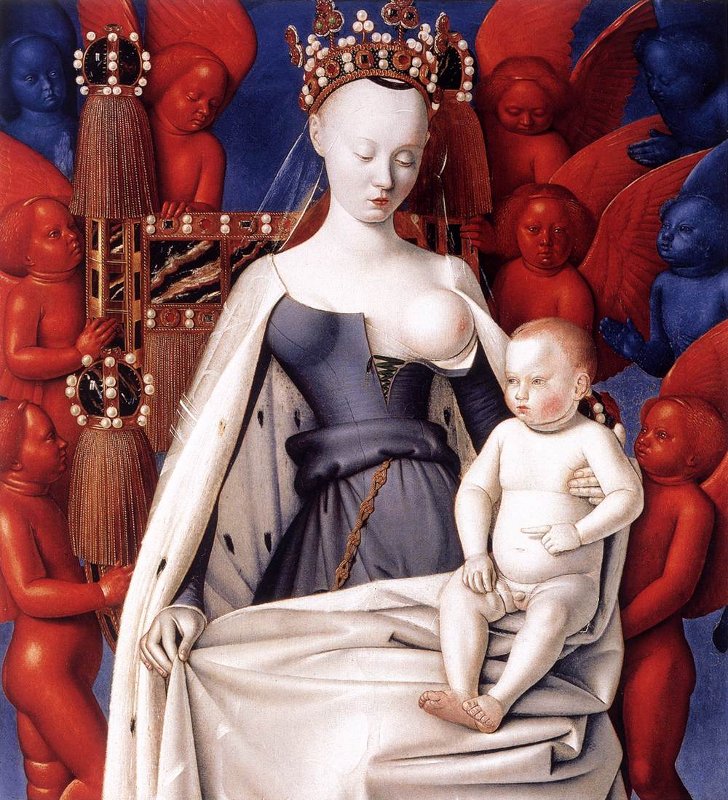 A noble deep blue colour, very expensive, was made of a rare mineral called lapis lazuli. Of course it may have been substituted with cheaper option, like more common copper mineral called azurite. Anyway, because of the various worth of certain pigments, the contracts between donors and artists often precisely specified what colours should be used in certain commission.

Symbolic meaning of blue was also based on the fact that it is a colour of sky, so it was related to Heaven. Ancient Israelites’ highest priests wore blue as a sign of their direct relation with God, and the Old Testament defined blue as one of the royal colours. The other was purple – one of the most expensive colours of the ancient world. It was produced of the certain species of sea snails and it could vary in shade, from reddish to deep violet. In his “Ars Amatoria” Ovid criticized ladies who spent too much, wearing Tyrian purple-dyed clothes:

Costly apparel let the fair one fly,
Enrich’d with gold, or with the Tyrian dye,
What folly must in such expense appear,
When more becoming colors are less dear!

[P. Ovidius Naso. Ovid’s Art of Love (in three Books), the Remedy of Love, the Art of Beauty, the Court of Love, the History of Love, and Amours. Anne Mahoney. edited for Perseus. New York. Calvin Blanchard. 1855.] 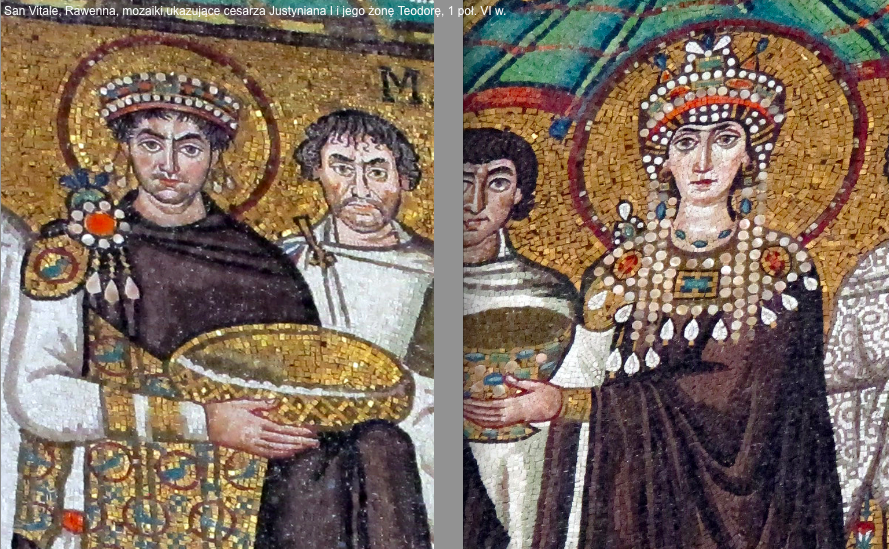 Purple scarlet was a “saint” colour, divine and royal. In the Byzantine Empire the heir to the throne was “born in purple” and so gained the title Porphyrogénnētos, which referred both to purple sheets, as well to red stone called porphyry, which decorated royal room. In the Byzantine and Orthodox Nativities we may see Virgin Mary lying on a sort of red cushion: that is because, despite of being poor and lying in the cave, she has just gave birth to the Emperor of the World. 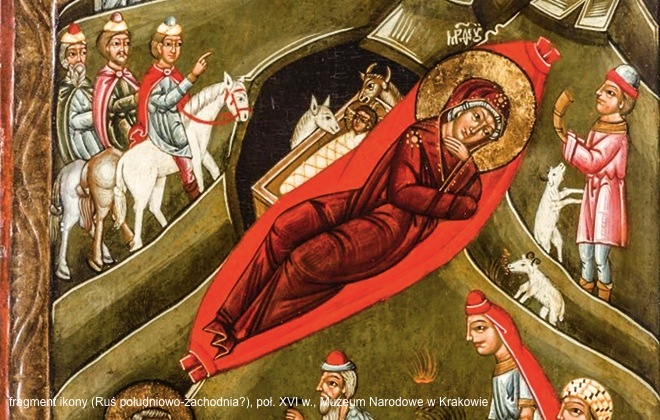 And for the end of this post I must admit that there is quite a shameful note on a certain painter, which relates to the issue of the pigments, and that painter – unfortunately – is believed to have been from Poland. In 1485 in Bruges, certain Claeys Polains was accused of forging the pigments! Apparently even coulors may be a subject of speculation and fraud.