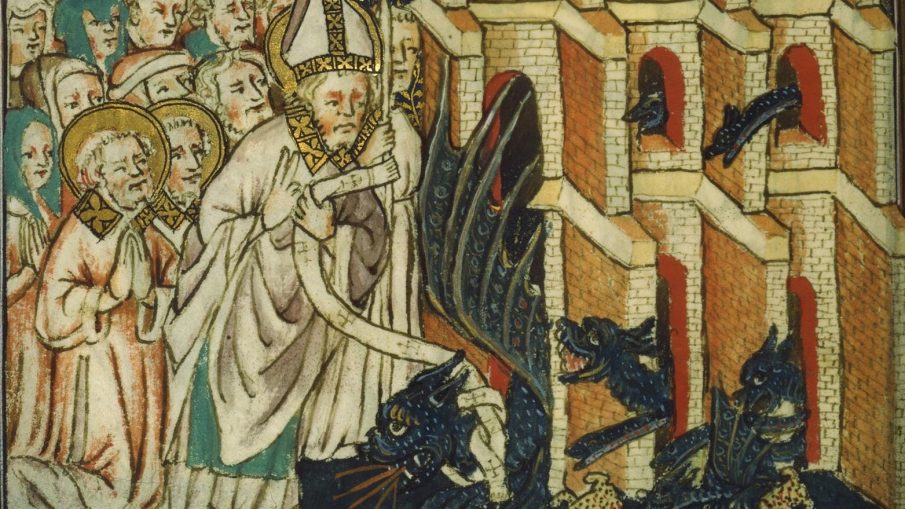 Lately I have written about the western entrance to the Cracow Cathedral, which has been decorated with sculpted depictions of St Margaret and St Michael (post is available HERE). Those two were famous for dealing with dragon, and it became their attribute, just as it is an attribute of St George. But those saints are not the only ones who had their adventures with dragons. Meet less known saints who also enjoyed the same attribute.

Dragons are deeply rooted in the European culture; in the Middle Ages dragons were almost everywhere: in architectural decorations, in manuscripts, in vernacular romances and in the lives of saints. In most cases dragon symbolised evil, devil and sin – no wonder it was often conquered by the clergy. 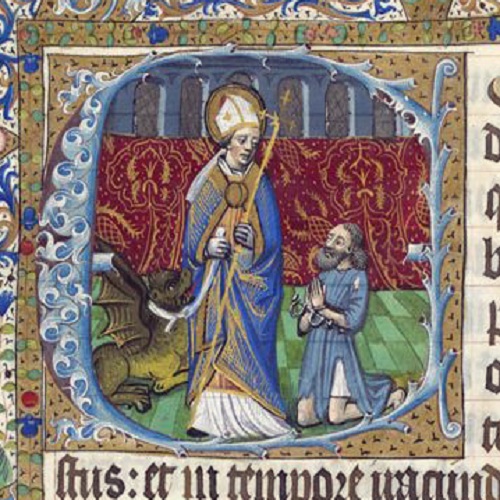 For example, St Romanus, bishop of Rouen (died ca. 640 AD) was said to have killed a dragon that lived in the river Seine (or in nearby swamps). Romanus used a convicted criminal as a bait, and when the dragon reached out for its prey, the bishop pacified it with a sign of cross and tied it with his stole. Then the dragon was killed and its body was burned – all except for a head and neck, which were hanged on the wall of the church. The dragon was called Gargoyle (Gargouille), and that was supposed to have been a source of the name for the gothic decorations of the spouts designed to convey water from roofs, often in the forms of the dragons. 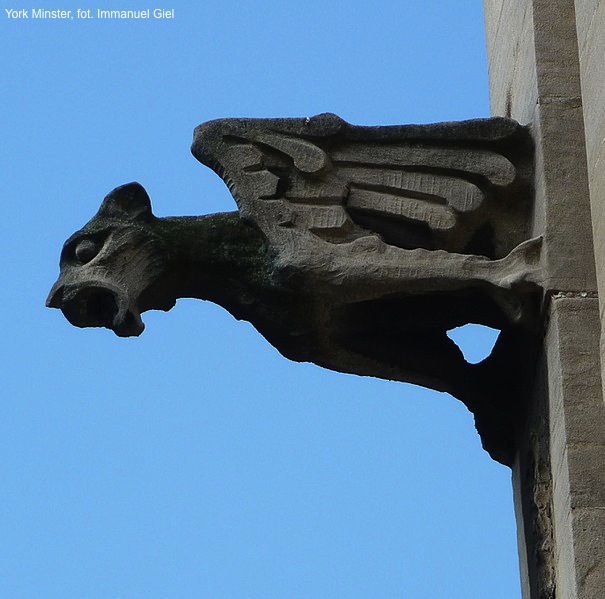 We must accept though, that this late legend (it dates back to the 14th century) most likely has been based on an earlier story about St Clement, the first bishop of Metz (3/4 century AD). He was supposed to conquer a dragon called Graoully or Graouilly. For many centuries the citizens of Metz have been organising processions with dragon that became a symbol of their city. 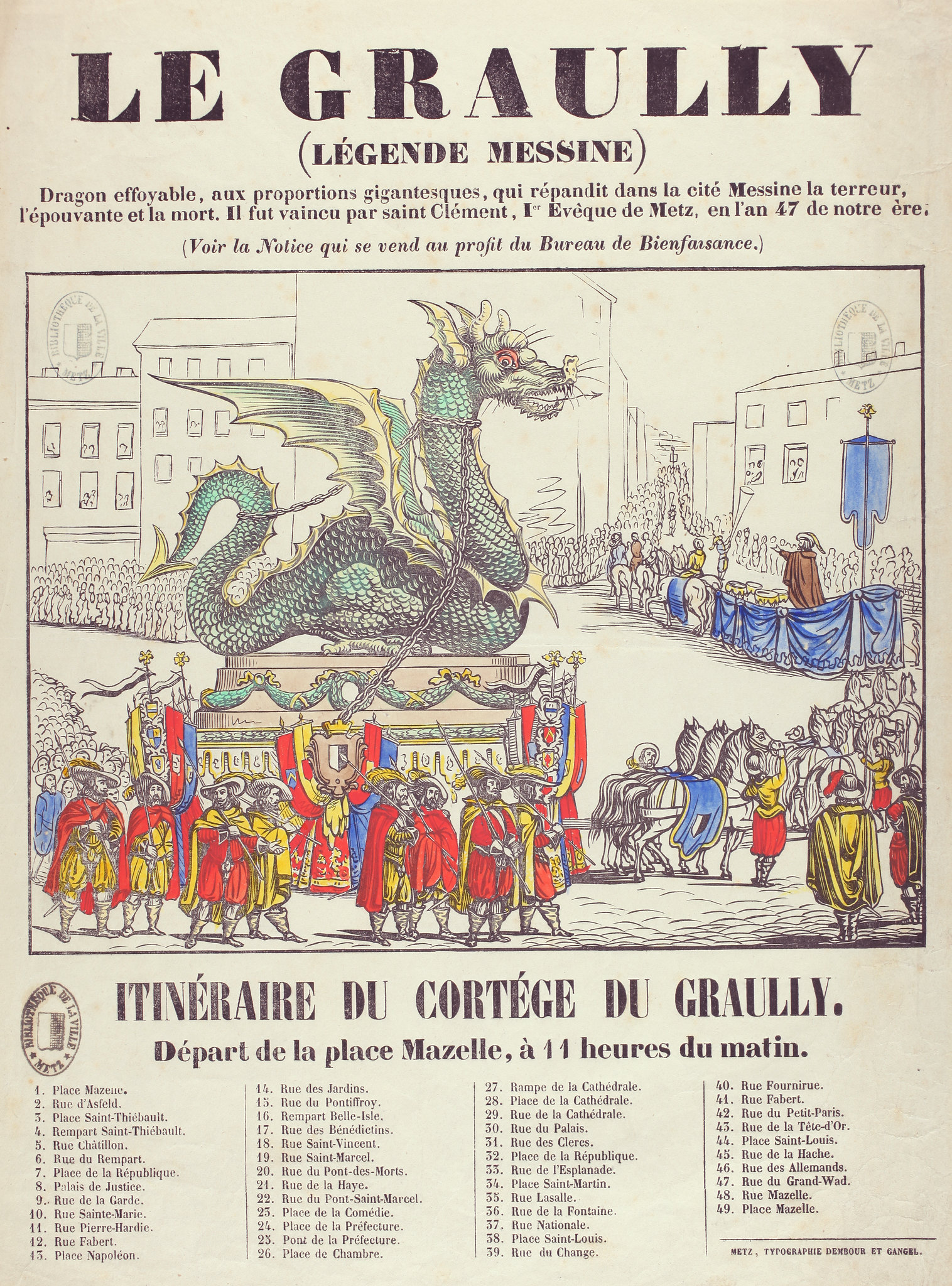 A dragon also emerged in the life of St Sylvester the Pope (who died on December 31st, 335). As it was written in Jacopo da Voragine’s “Golden Legend”, there used to be a dragon living in the basements of Rome, and it killed with its breath more than 300 people every day. Interestingly, it did not hurt Christians, only pagans; nevertheless, St Sylvester decided to tame the monster anyway. First, the Pope searched for some strength in prayer, and so St Peter himself appeared to him and gave him a piece of advice. Peter told Sylvester that the dragon should stay underground, awaiting the return of the Saviour, and meanwhile its mouth should be closed with threads. And so St Sylvester sewed the dragon’s mouth. The legend has been depicted for example by Maso do Banco in his frescos in Santa Croce Church in Florence (14th c.), and we may see that some companions of St Sylvester cover their noses with their hands. Apparently the idea of dragon killing people with its breath has been understood not as much as the beast breathing fire, but rather simply having stinking breath. 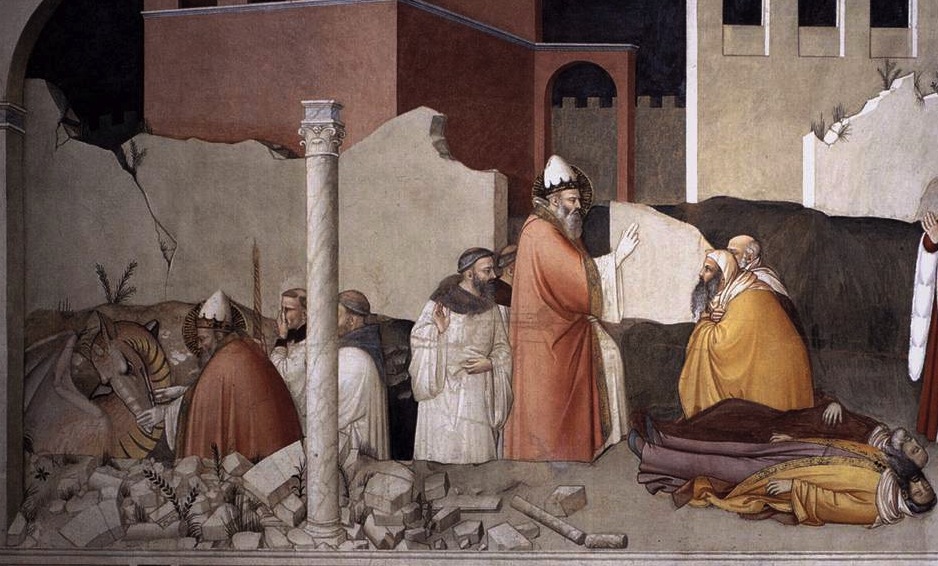 Even so, not all the legends depicted dragons as pure evil. There is an interesting (and not widely known) example of a life of St Symeon the Stylite, described in Early-Christian Vitae Patrum (Lives of the Desert Fathers). Apparently one day a dragon came to the pillar on which St Symeon lived. Dragon was half-blind because a huge piece of wood stuck in its eye, and St Symeon removed it. Dragon did not hurt anyone, but thanked the Saint for two hours and then went back to its den. This rare scene occurred in the Cracow polyptych of St John the Almsgiver (before 1504, National Museum in Cracow). 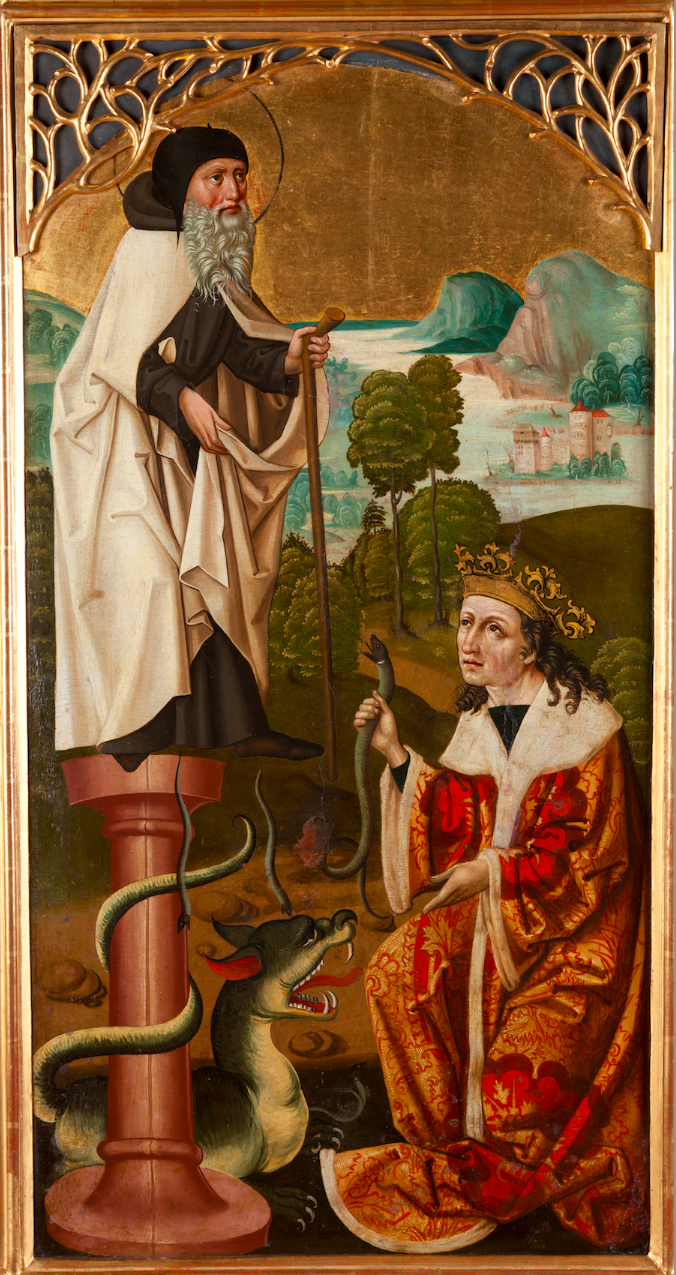 Apparently even a dragon may be harmless as long as we are polite to it.