Medieval beasts you want to avoid 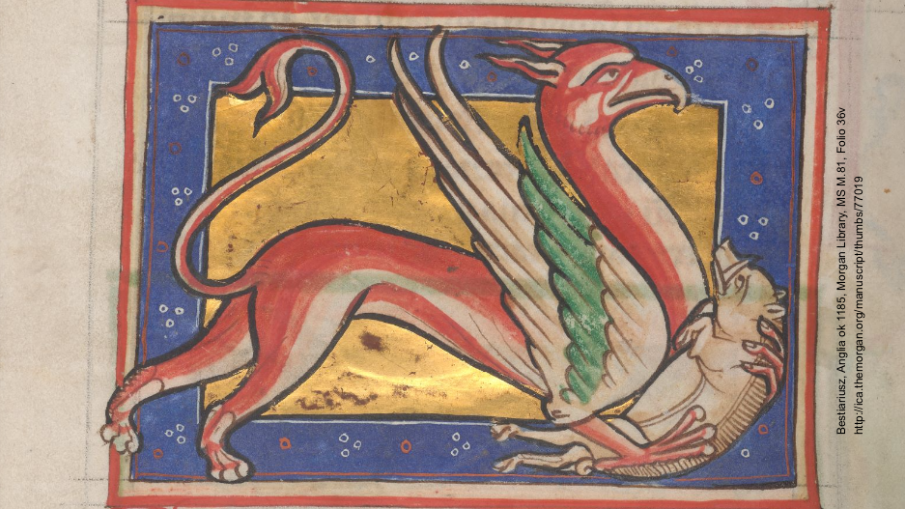 Some time ago I have written about animals from medieval bestiaries (post available HERE) and back then I have mentioned that this topic is a subject for more than one post. That post focused on “real” animals described in medieval books, so now it is time to take a look on some “fabulous” ones. Interestingly, most of them were quite dangerous.

To sum up basic information: bestiaries were medieval books created as compilations of antique and medieval natural history and theology treaties. A main source was so called “Physiologus”, created most likely in Egypt around the end of the 3rd century. That book covered almost 50 animals, mainly from the Mediterranean areas. Bestiaries contained descriptions of both real and fabulous animals, and all of them were complemented with theological comments, explaining their meaning according to Christian scriptures. 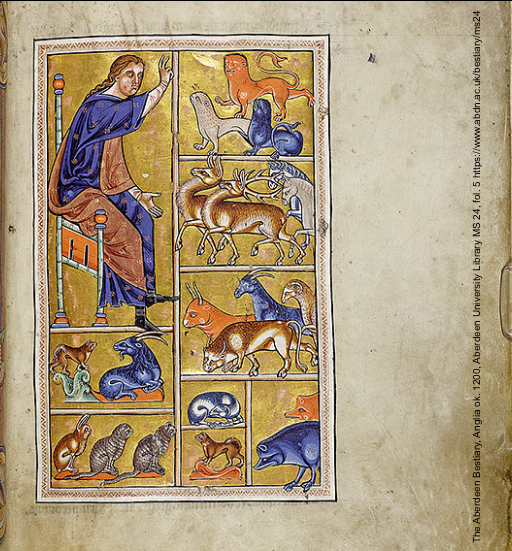 Fabulous animals were rooted in ancient myths and beliefs, but some of them (as phoenix, unicorn, or griffin) found an important place in the universe of medieval culture, gaining religious symbolism. I have written about a unicorn before (available HERE). A very interesting example of a fabulous beast that ended up in the altarpieces is also a griffin: half-lion and half-eagle. That beast became a symbol of Christ: both lion and eagle were considered very “noble” animals, impersonating Christ himself. Additionally, compilation of “earthly” lion and “heavenly” eagle may have been understood as compilation of human and divine nature of Messiah. That interpretation goes well with such monuments as the Romanesque relief from Wiślica (remains of a tympanum dating back to the 12th century), depicting two griffins holding a cross. 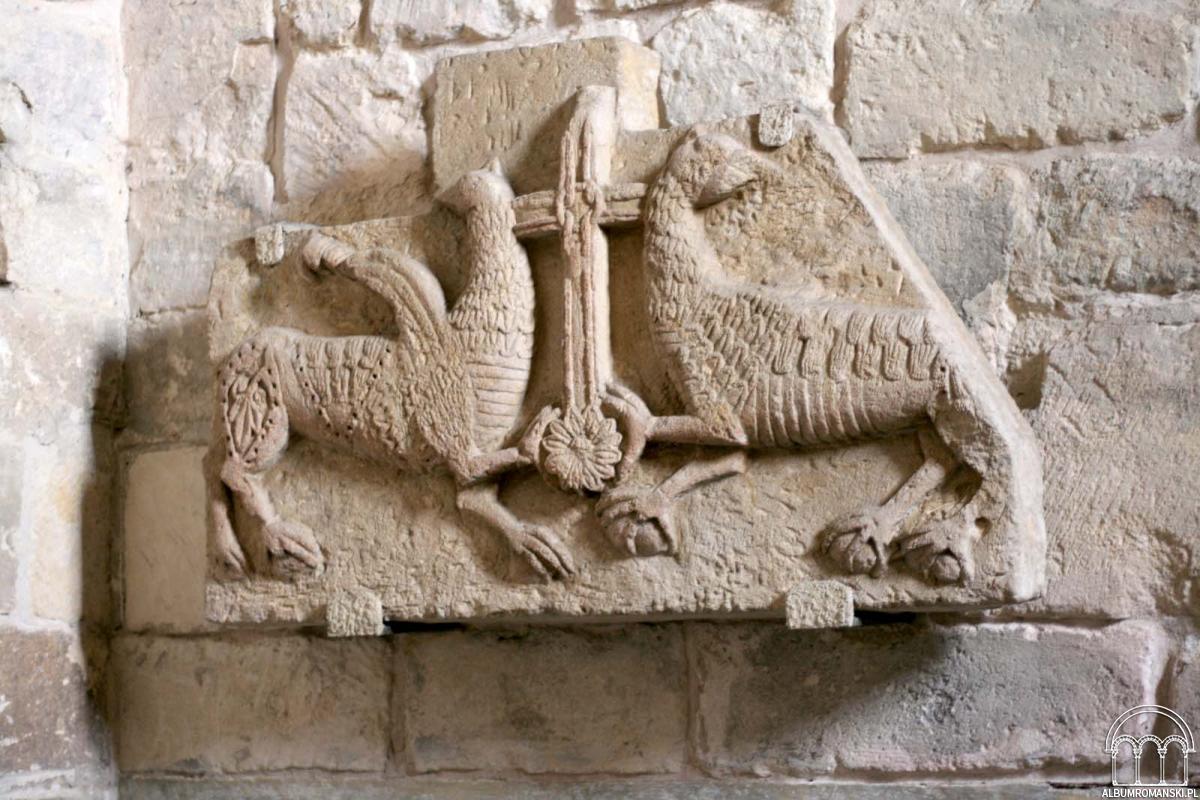 Meanwhile, the bestiaries claimed that griffins were rather dangerous and bloodthirsty beasts, keen to attack humans. In most cases, however, they attacked horses, and they were so strong that they could fly away holding an ox. 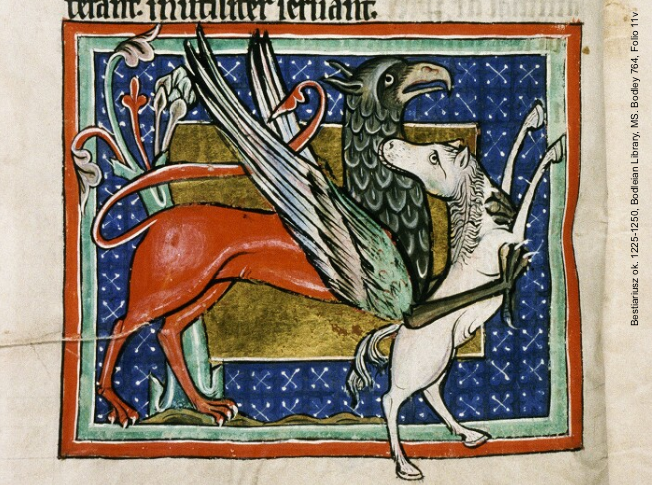 Apparently, griffins also fancied pork; in some of the medieval miniatures they were depicted carrying a pig or a wild boar. 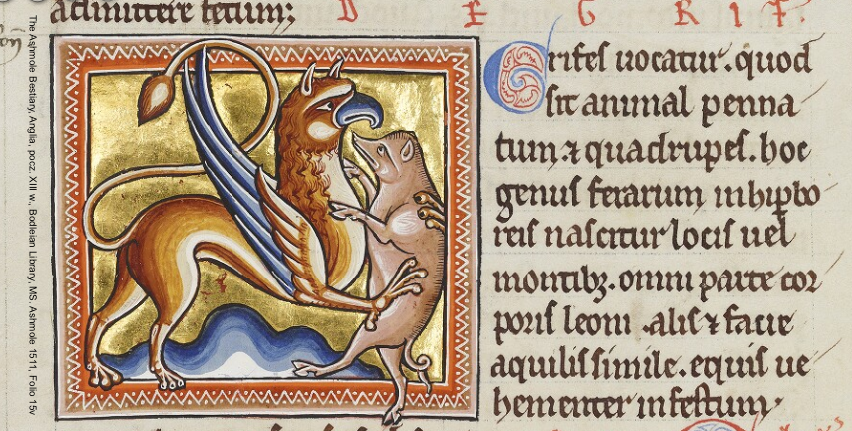 Definitively evil beast, with no positive symbolism, is a basilisk: the king of serpents. It’s name came from Greek basiliscus, meaning “little king” (in latin: regulus). Pliny the Elder have written in the 1st century A.D. that whoever looks into basilisk’s eyes, dies at once. Basilisk’s venom was supposed to be so strong, that if a man on a horse speared a basilisk, the venom travelled up the spear and killed not only the man, but also the horse. The only creature capable of killing basilisk is a weasel. In most images basilisk looks like half-serpent, half-chicken; that is because it is hatched from a cock’s egg. Luckily, cocks don’t often lay eggs, so it is not easy to breed a basilisk. 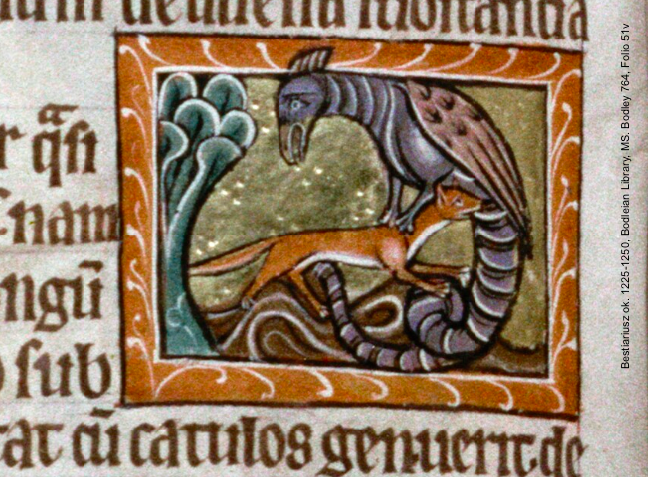 And finally I would like to introduce you to the beast that is most likely obscure even to the Harry Potter series’ fans. It is a bonnacon: something between an ox and a horse, said to have lived in nowadays Macedonia (some scholars believe that legendary bonnacon is rooted in ancient observations of bisons). That animal was supposed to have rounded horns, which were useless for defense. However, bonnacon had a concealed weapon when it needed to defend itself: apparently, it was able to produce toxic dung that burned everything around. To make the things worse, bonnacon was able to spread that dung at a distance of 2 acres. That is what you call a “shitstorm”! 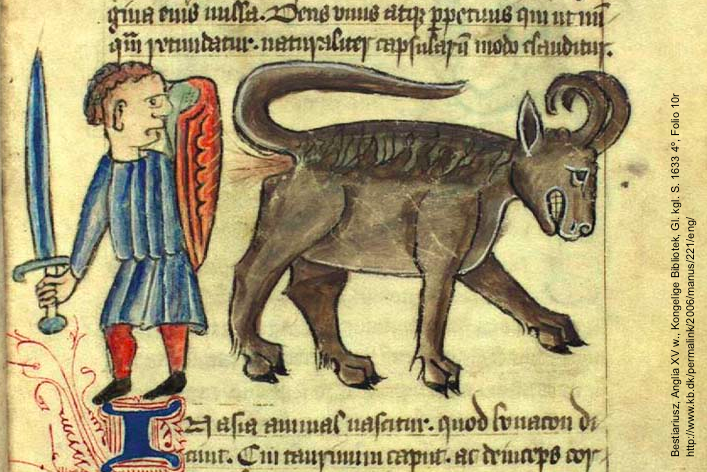 In my opinion the miniatures depicting bonnacon are the most expressive ones: the artists put a lot of attention to show the emotions of all the participants of the scene. And emotions are what I value the most in the art. 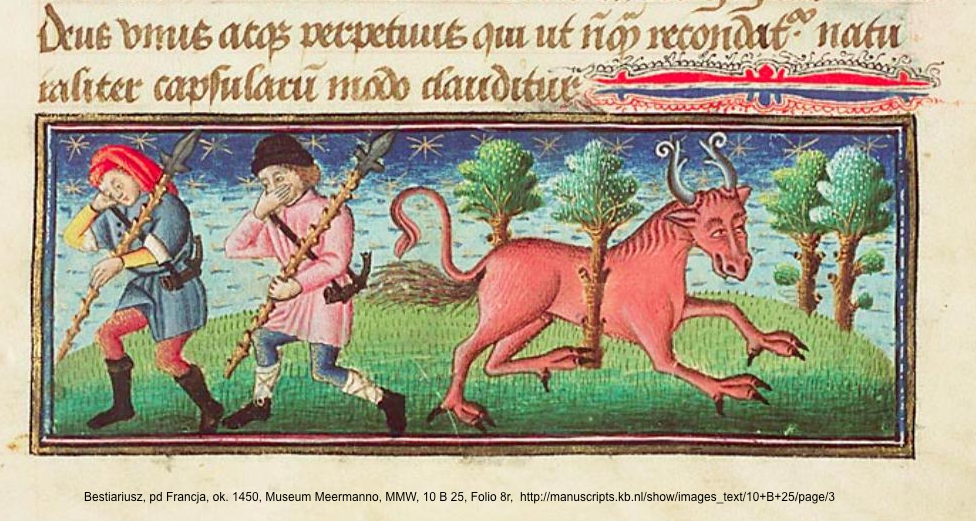 If you are interested in medieval bestiaries, I recommend you a digital project created by David Badke: “The Medieval Bestiary: Animals in the Middle Ages” (http://bestiary.ca)