Our lady of the Plague 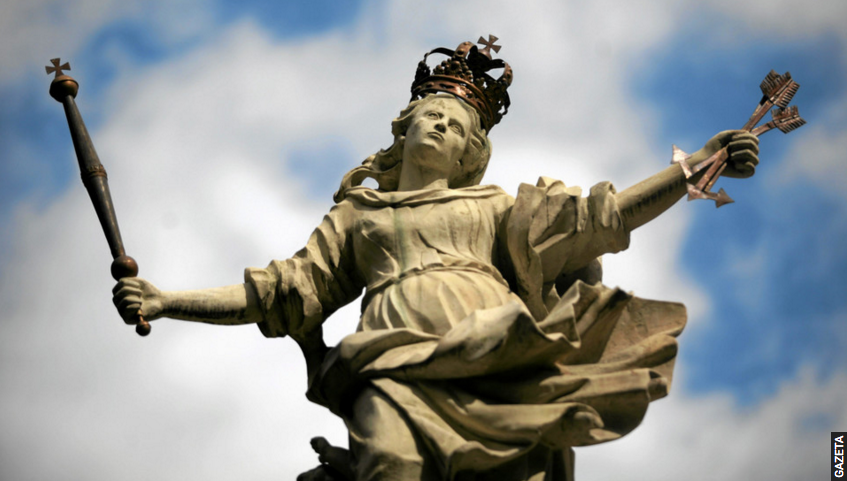 Almost obligatory decoration for market squares in the former Habsburg monarchy is so called Plague Column, in most cases late-baroque. They were erected after plagues, and we may find a many examples of such monuments in Austria, Czech Republic, Slovakia, Hungary, or Silesia (in Poland) and most of them date back to the 17th or 18th century. They are usually decorated with many sculptures, and on the top there is either depiction of the Holy Trinity or Virgin Mary. 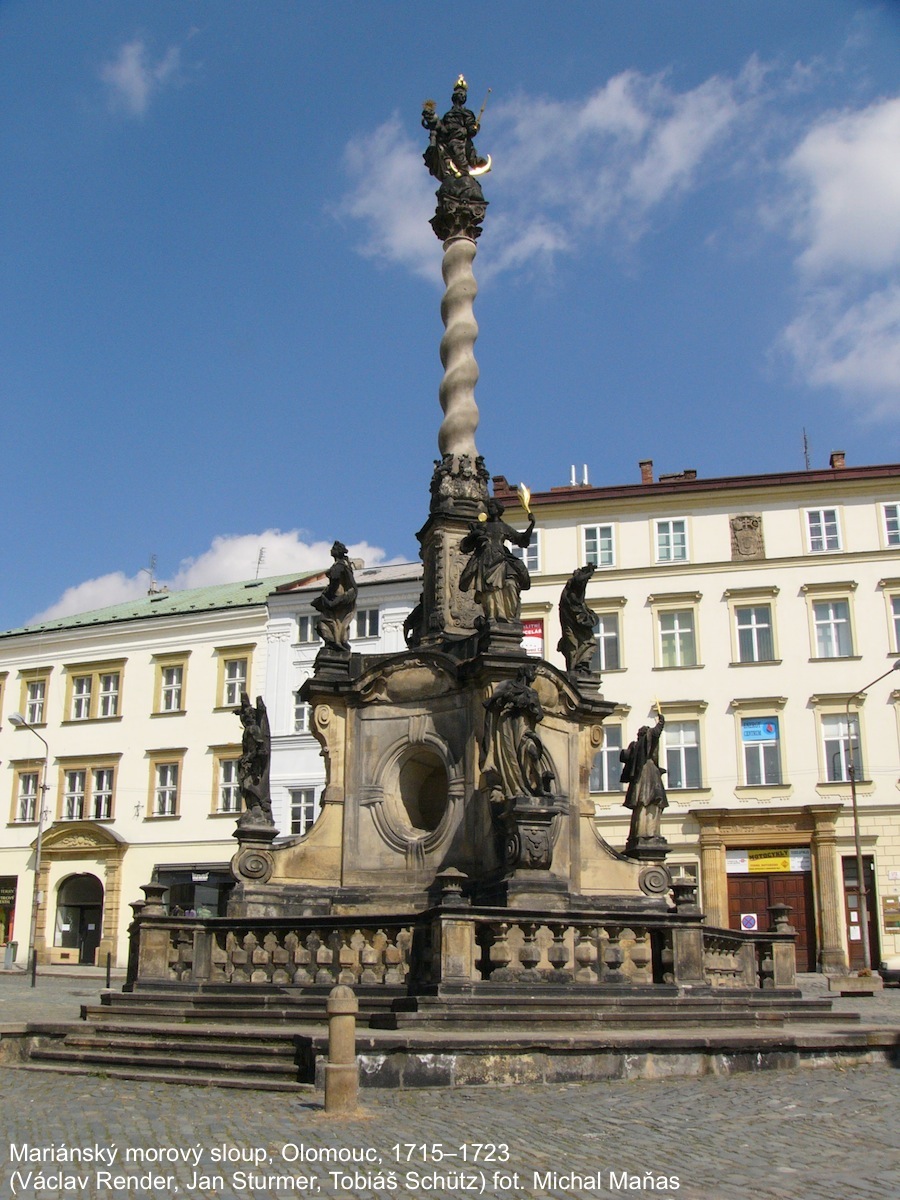 Quite often among the saints decorating base of Plague Column one may spot St Sebastian, as he was supposed to be especially efficient when it came to plague issues. Sebastian also often was a patron saint of chapels erected after plagues, as well as hospital churches or cemeteries for the victims of epidemics. It was all because of the way St Sebastian was martyred: many arrows pierced him after he had been tight to a tree. An arrow symbolised sudden death caused by plague.

Besides, a baroque Sudden Death, depicted as a skeleton with an arrow (instead of popular scythe) may be spotted in various works of art as well as in the Early-Modern literature. In Poland, for example, there is such an image in wooden church in Binarowa, and also there is a poem by Jakub Teodor Tembecki (1643-1719/20), entitled “Zegar bojaźni bożej” (“A Clock of God’s Fear”), which reads: ”Zegar bije, / godzina żywota uchodzi / Czuj o sobie; śmierć z łuku w serce twoje godzi” (“The clock is ticking, the hour of life passes / Watch out for yourself; death is aiming your heart with his bow”). 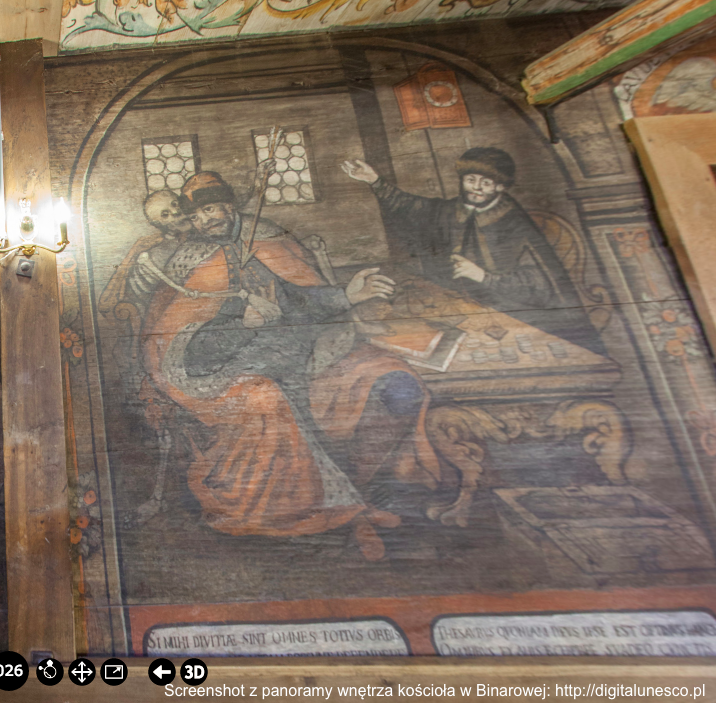 A plague was widely recognised as a punishment for sins, and the most efficient defendor of human kind is, obviously, Virgin Mary. That is why a popular image called Mother of Mercy (Mater Misericordiae) sometimes occurred in a version related to plague. Apparently those who decided to search for shelter under Virgin’s cloak are safe from sudden death, while the arrows sent from Heaven kill those who did not choose to trust Mother of God. 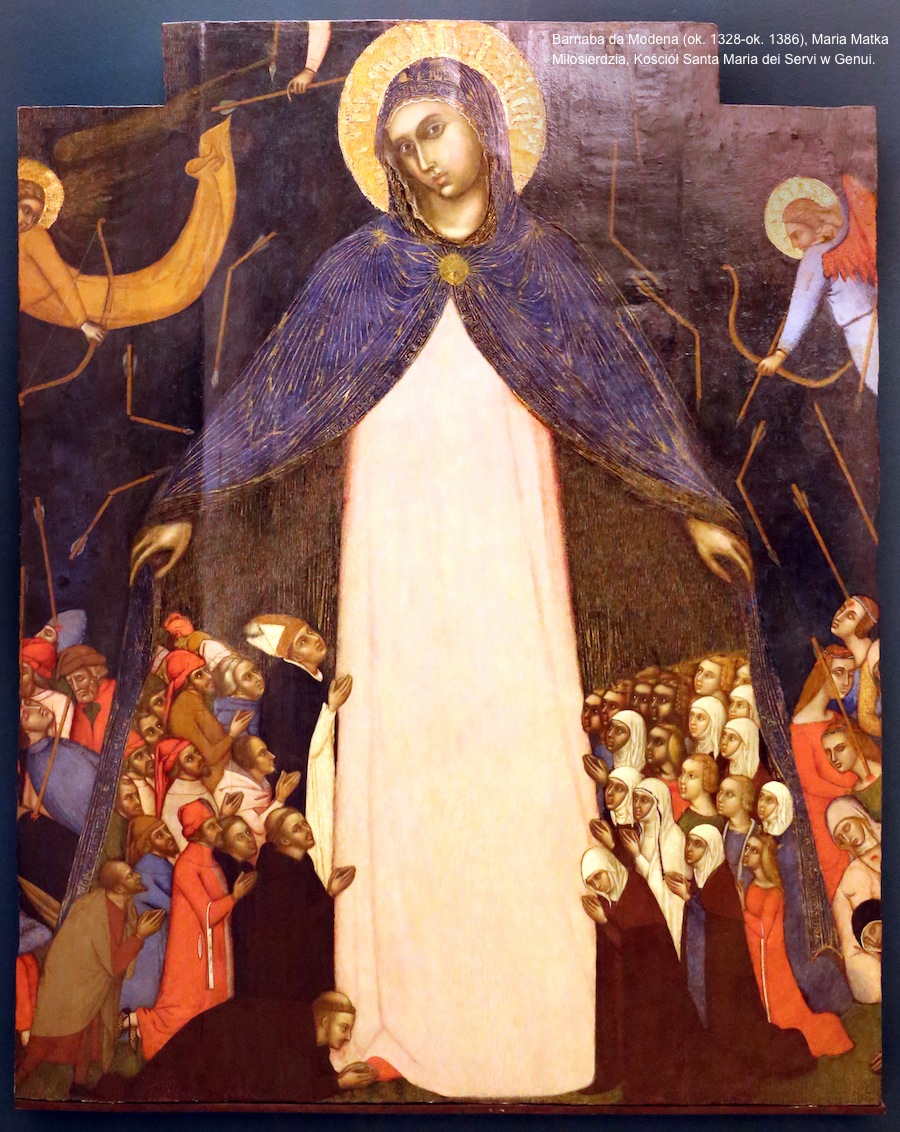 Interestingly, this type of depiction sometimes goes with a bit risky composition: Virgin Mary is protecting human kind against arrows shot by angels, ordered by Christ. Obviously, the point is that God, the Just Judge, punishes sinful humanity with a plague, and Mother of God is so merciful, that she is willing to protect every man and woman against a rightful punishment. That is quite archetypical image of “Merciful Lady” juxtaposed with “Austere Lord”, or (to use a family metaphor) loving Mother who is willing to protect her naughty children against deserved anger of strict Father. However, it is difficult to ignore noticing that those images may imply other message: that God is the villain here, while Virgin Mary is not only the good one, but also more powerful then God himself, as apparently she is able to fight his actions. 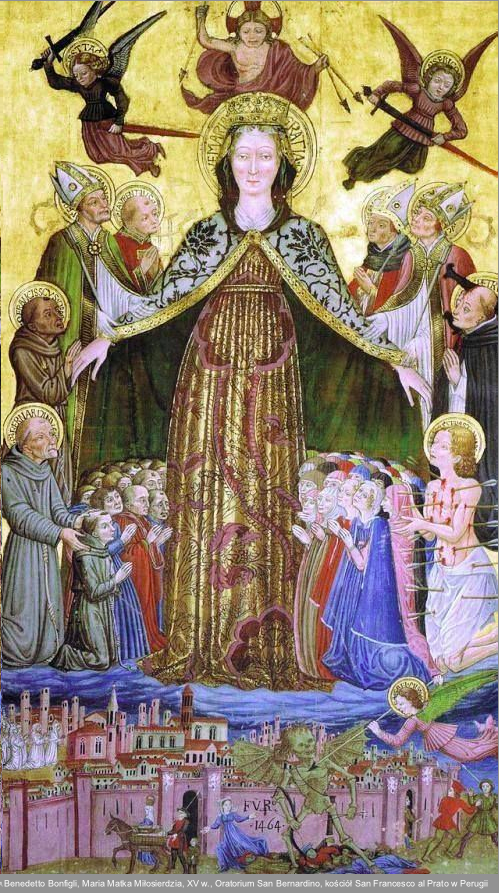 And that is probably why it was eventually decided that it is safer do depict Virgin Mary alone, holding arrows in her hands. That makes clear the idea of her being our protector against plague, but we avoid defining who sent that plague on us. Perhaps it was the devil, after all. 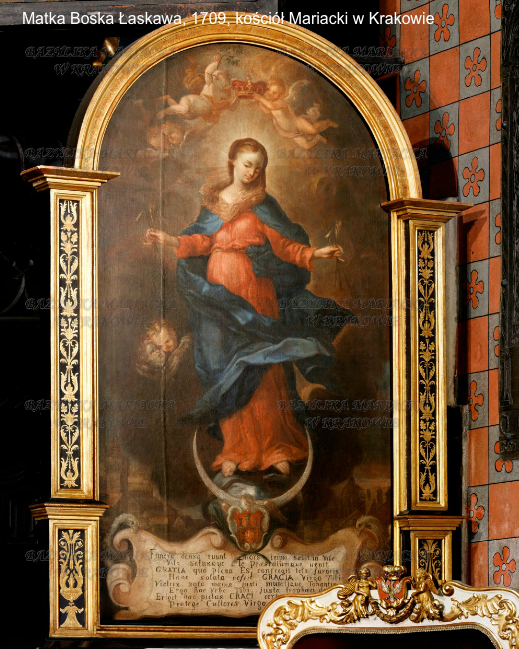