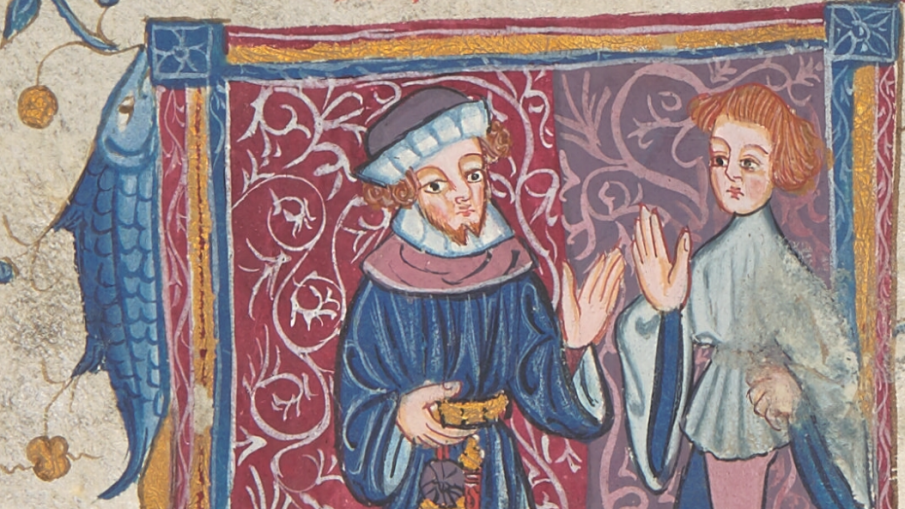 In my previous post on “Roman de la Rose” I mentioned two illuminated manuscripts kept in the Polish libraries and available in the service Polona.pl. The Warsaw manuscript is a typical French production of the late 14th century, but the one now in Cracow is actually quite weird and problematic for an art historian. The miniatures of the Cracow copy are not of the highest artistic quality, although the manuscript is rather richly decorated. In contains 163 parchmin folios and 37 miniatures, plus a gap after one which has been cut. It seems that the book is also missing around 11 folios, and 8 have been misplaced, which is not reflected in a modern pagination. There are also spaces left for the miniatures that never have been completed. 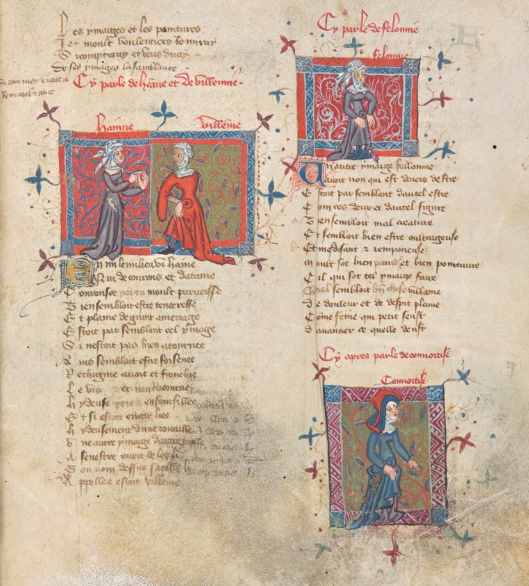 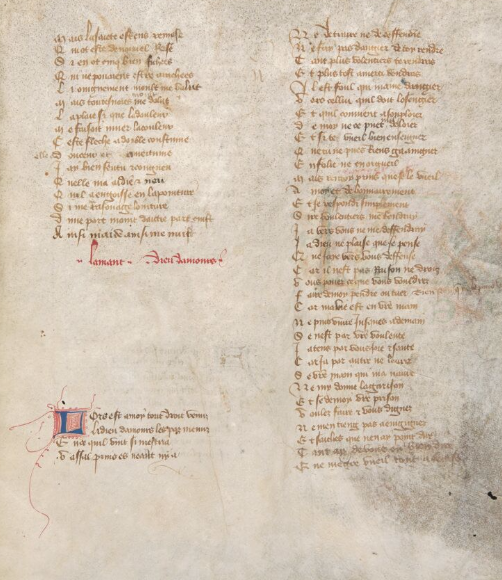 The dresses of the figures depicted in the miniatures, as well as soft folds of their clothes suggest that the decoration of this manuscript was completed in the first (?) half of the 15th century. However, the stylistics of the miniatures is far from contemporary French painting: the compositions are crowded, the figures are short and have big heads, with rather caricatured features, including big noses. This kind of painting was popular in the Central Europe in the 15th century; we may for example juxtapose Cracow “Roman de la Rose” miniatures with the decoration of Silesian Meditationes et orationes de passione Christi (IQ 118, University Library in Wrocław), or Graduale of Skawinka Abbot from Tyniec near Cracow (the National Library in Warsaw, akc. 10809).

There is, however, one more detail that proves that the Czartoryski’s manuscript was not decorated by a French artist: apparently some of the miniatures do not fit in the popular schemes of decorations of other “Roman de la Rose” manuscripts. The most surprising illustration is a depiction of Richness with her partner: instead of a lady dancing with her beau, what we have here is a gay male couple! And the miniature is inscribed (Richece – Varlet), so there’s no room for misinterpretation. 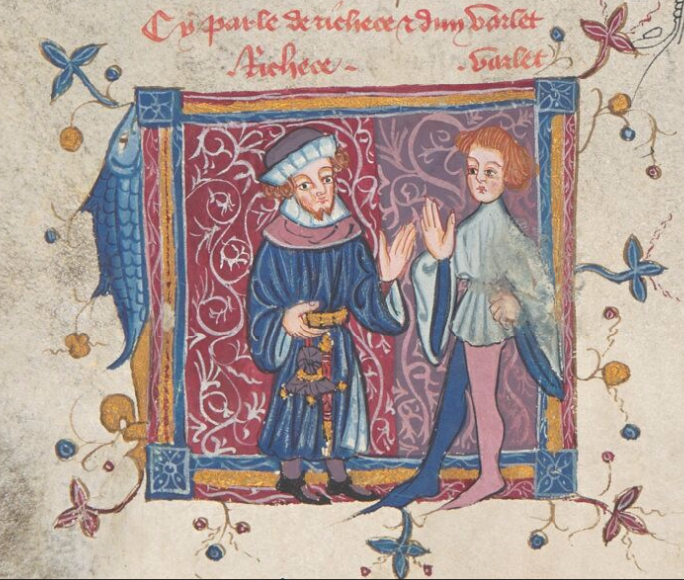 In the poem the Lover entered the Garden where he saw personifications of the courtly virtues dancing with their partners. Those personifications (Liesse, Richesse, Doux Regard, Largesse, Franchise, Courtoisie and Jeunesse) are female because of the grammatical forms of the nouns they represent (in French). Meanwhile, our painter (who, in my opinion, came from Central Europe) most likely did not know the poem well; he probably only read the inscriptions (ore someone translated them for him) and he completed the miniatures according to his own ideas. Richness (fr. la richesse) in German is a masculine noun (der Reichtum), so that may have been the source of this misunderstanding. I do not believe that this illustration was in fact meant to be a voice of support for LGBT movement, however interesting such idea may be.

The trouble is that I can not figure out why a French manuscript would be decorated by a Central-European artist, as the book was most likely in France until the early 19th century. In the 15th century the manuscript was owned by Gouffier family, and their descendants probably kept it until 1810, when it was purchased in Paris by Stanisław Zamoyski and his wife Zofia. On Januart 4th 1811 they gave the manuscript to Zofia’s mother, Isabela Czartoryska. 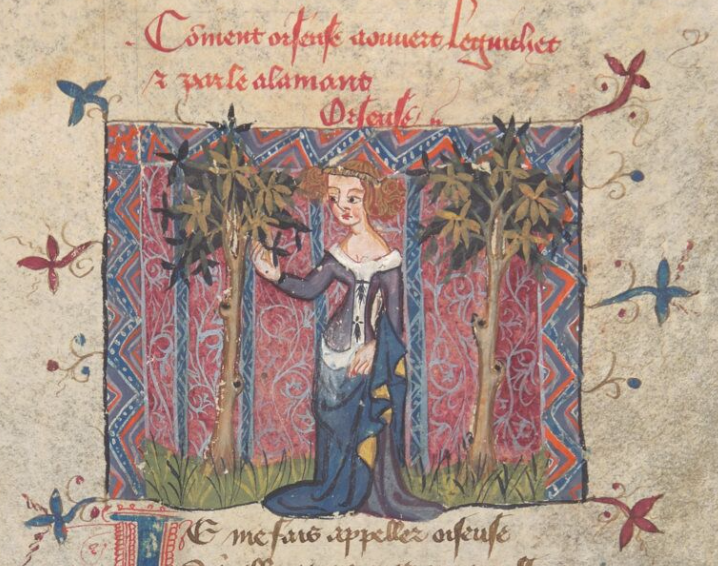 So perhaps the manuscript was decorated in France, but by an immigrant-painter, perhaps Polish (?), who would probably do better working as a plumber rather than an illuminator… Or maybe he should have become a butcher, as he definitively butchered some of the miniatures in this book. Perhaps when the donor saw “a gay couple” in his manuscript, he lost his temper and fired the painter. And so the book remained unfinished.

For further information of Cracow manuscript I invite you to read my article (in French: Roman_de_la_rose), or to listen to my talk on the subject (in Polish: https://youtu.be/f4xe2My6y4g)