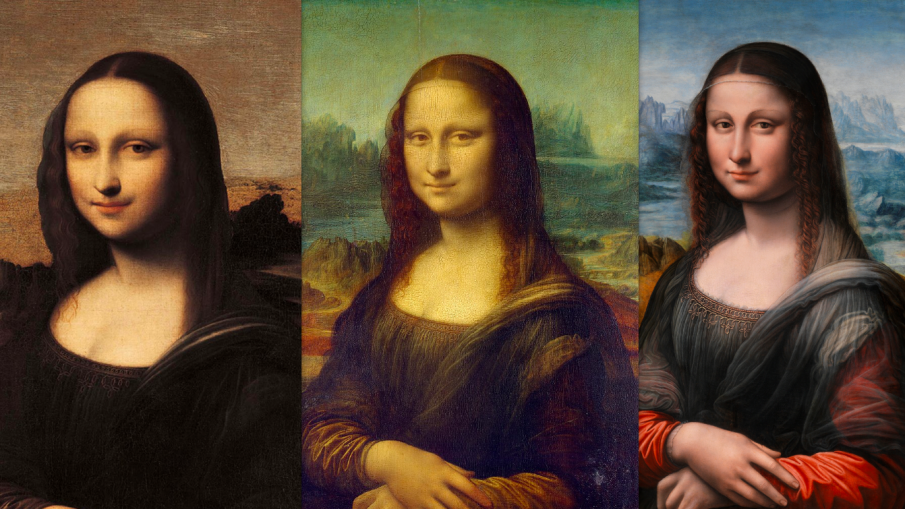 There’s no doubt that Mona Lisa is one of the most famous paintings in the World, and it is commonly considered as priceless masterpiece that everyone recognises. A lot has been written about this painting, including popular or even sensational articles. I always wondered why one of the Leonardo’s paintings gained such a fame, especially considering the fact that it is not even a unique portrait!

In 1911 a man named Vincenzo Perrugia, who worked in Louvre, stole Mona Lisa; he actually took it out of the museum hinding it under his coat. He failed to sell it and two year later he wrote to a Florentine art dealer demanding half a million of Italian Liras. Naturally, he was immediately arrested and the painting was recovered. It was on that occasion when the World actually noticed Mona Lisa, previously known mainly to a narrow group of art lovers. Perrugia claimed, that his theft was based on patriotic feelings: he wanted da Vinci’s masterpiece to be brought back to Italy. It seems that he did not complete his research though; in fact Mona Lisa is in Louvre not because Napoleon looted it, but because it was purchased in the 16th century by Francis I, King of France (and a major patron of Leonardo, by the way). 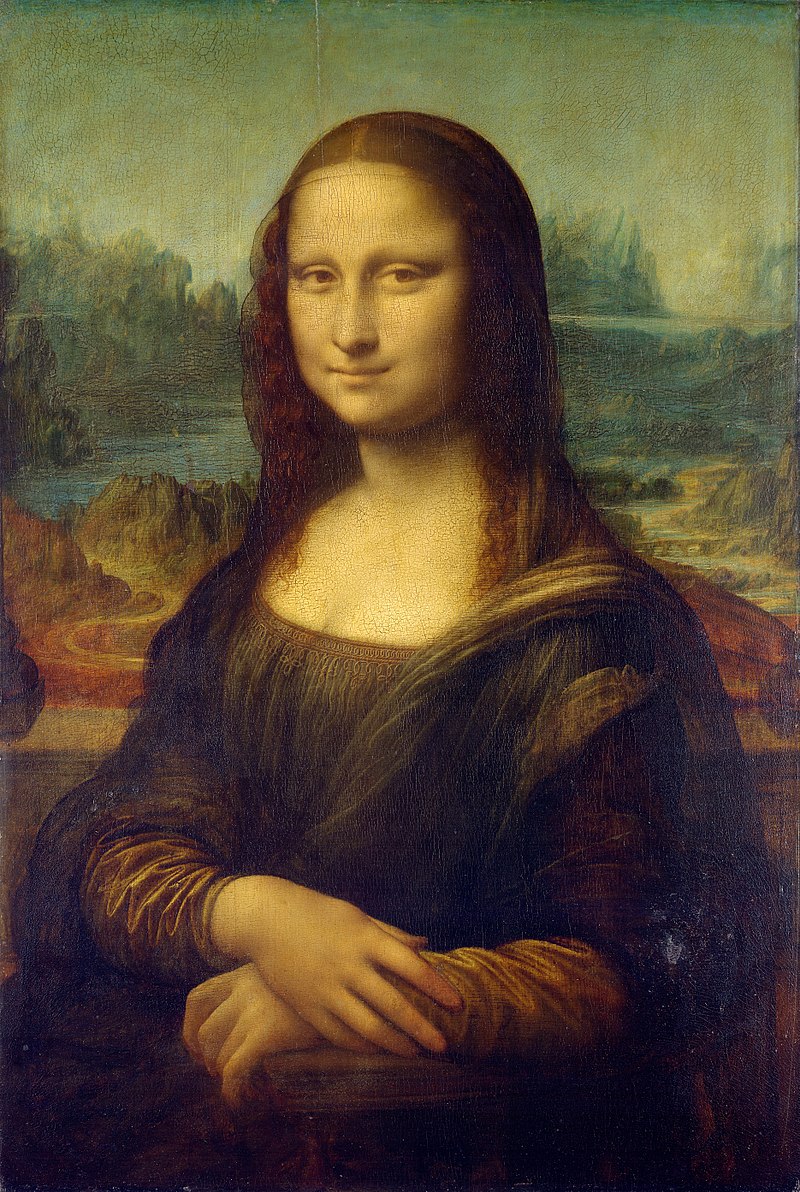 And what about the painting’s uniqueness? Well, the scholars summed up Mona Lisa’s copies from various centuries and concluded that there are over 60. However, fir us the most interesting ones are these, which are contemporary to the portrait nowadays in Louvre.

Prado in Madrid has one of those; it is a painting that underwent a complex restoration in 2012. That restoration revealed a very high quality of this portrait, and it turned out that beneath the black background there was a beautiful landscape! 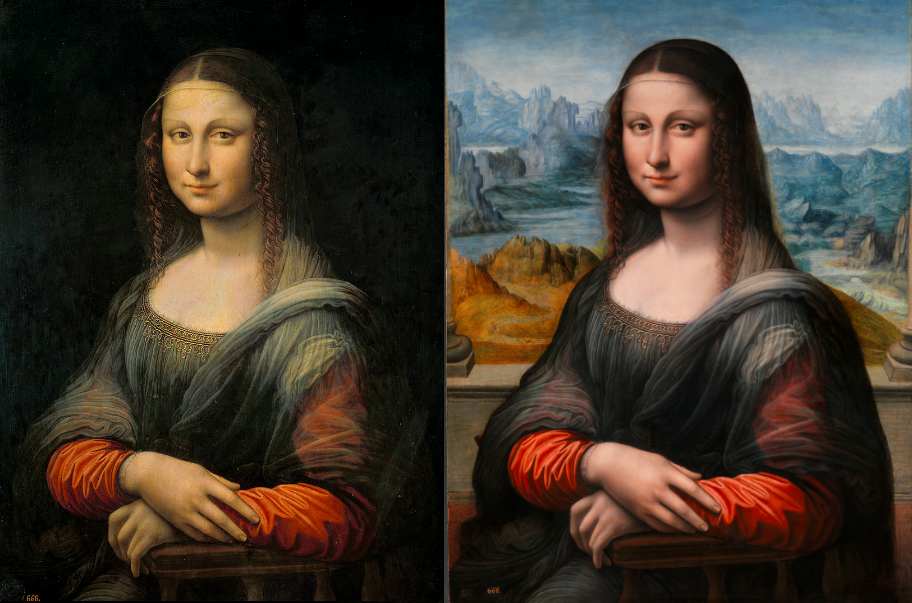 Some scholars proposed that this may be a copy completed by Leonardo’s pupil and supervised by the Master himself. However, the examination of the underdrawing of both paintings (in Louvre and in Prado) revealed the same changes in both, created at the initial stage of developing the composition. So, it seems that the Prado Mona Lisa is not actually a copy after the Louvre version, but rather that both paintings were created simultaneously, and most likely in the same workshop. 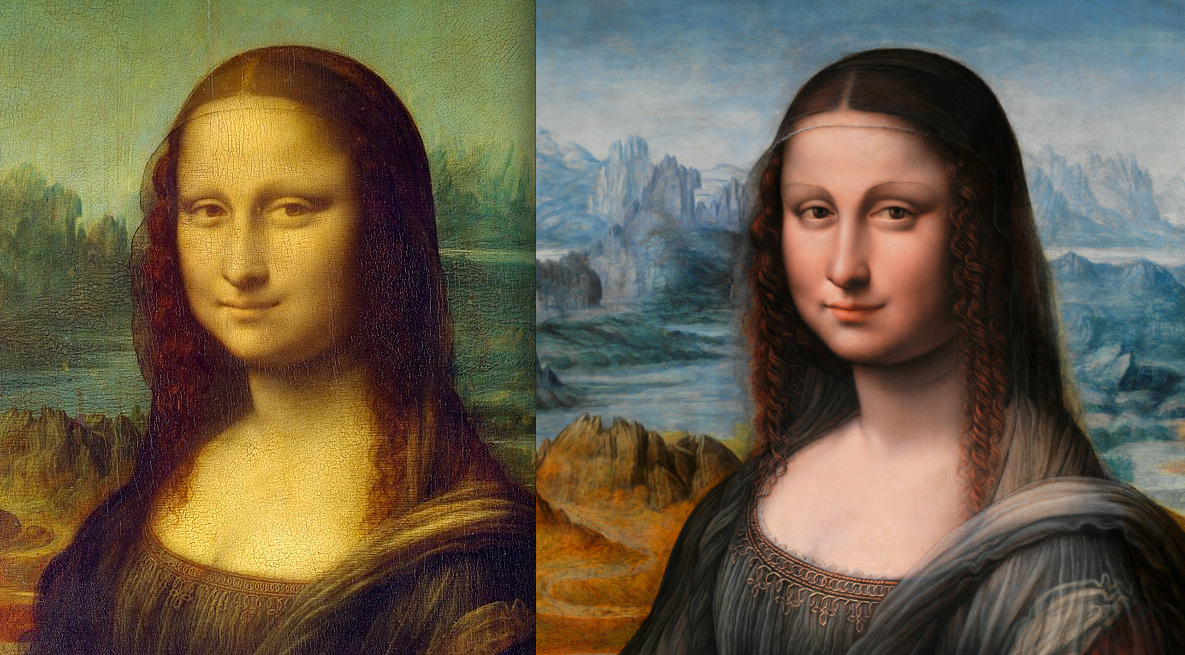 The identification of the sitter has been a subject of dispute among scholars; in general it is assumed that the portrayed lady is Mrs Lisa, wife of Francesco del Giocondo. Giorgio Vasari wrote, that this particular lady has been painted by Leonardo for four years and the portrait was never completed. The trouble is that the Louvre painting is undoubtedly completed… but wait, there is another version, which indeed is unfinished! Have you ever heard about “Isleworth Mona Lisa”? 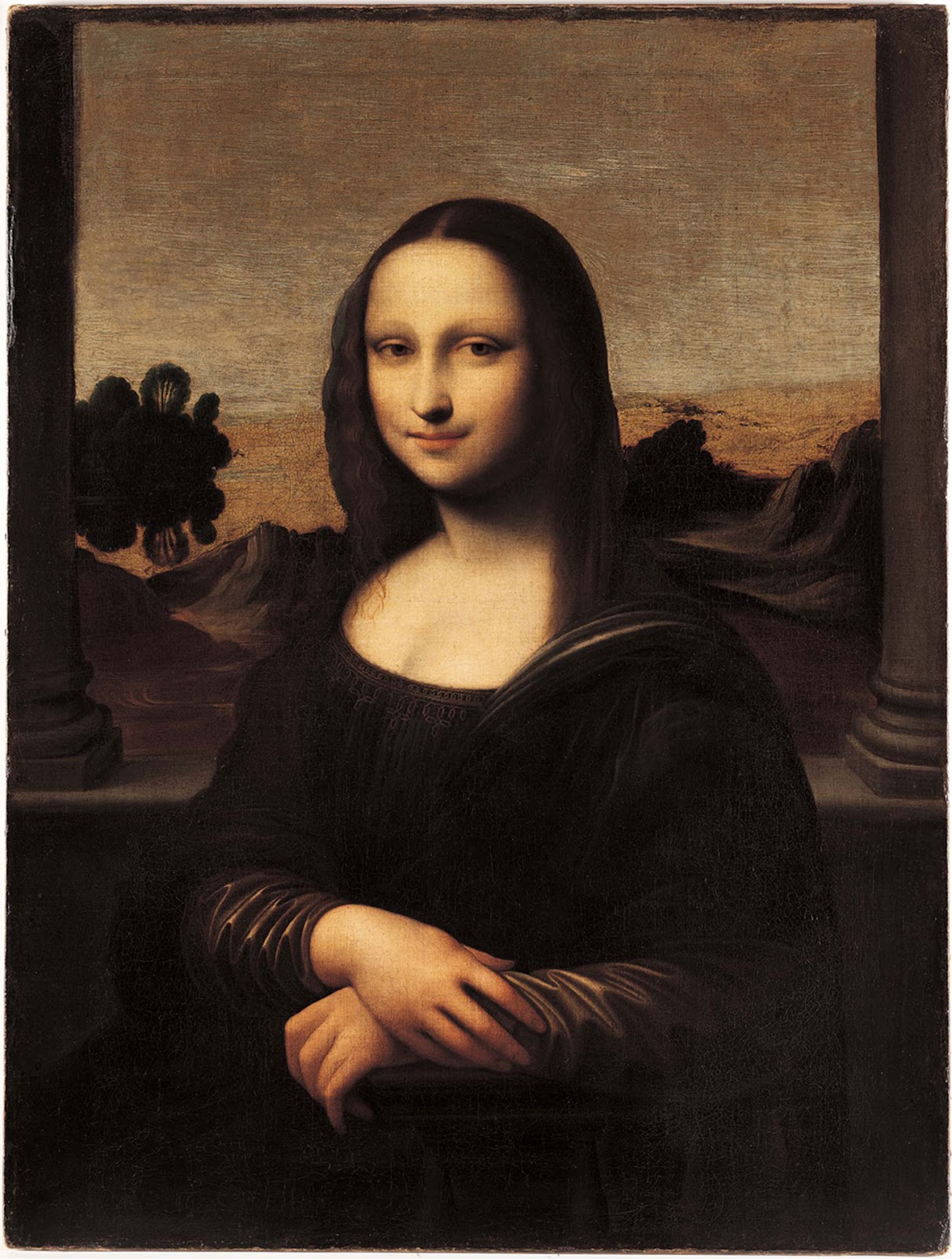 In 1913 an art collector Hugh Blaker saw a painting similar to Mona Lisa in a private collection of an noble family in Bath. He purchased that painting and took it to his own house in Isleworth by London (hence the name of the painting). The picture remains in private collection and is not widely known, but has been examined by the scholars several times. Recent research led to the conclusion that this painting dates back to the beginning of the 16th century and it seems to have been painted by Leonardo da Vinci himself. The portrait is unfinished and the sitter seems to be the same lady as in the Louvre painting, only… a couple years younger! The composition of Isleworth painting includes two columns, barely visible in the Louvre version. That is important because there is a drawing by Raphael, which also includes the columns, and that drawing is believed to have been created in Florence after 1504, when Raphael saw Mona Lisa being painted by Leonardo. 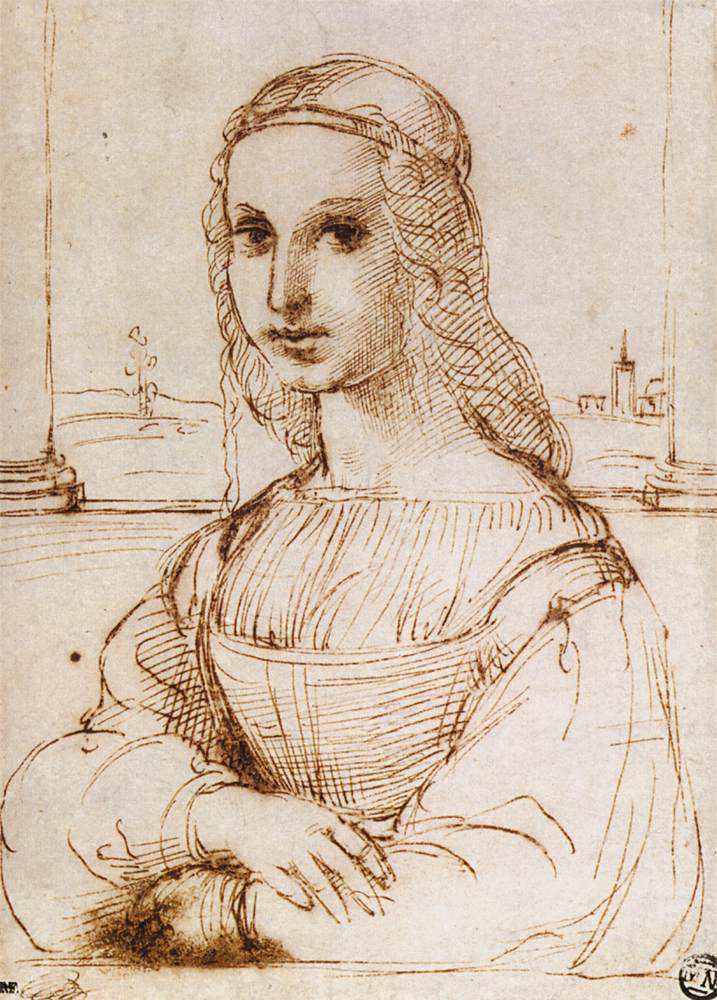 So it seems that Isleworth Mona Lisa is actually an earlier version, the unfinished portrait of Lady Lisa del Giocondo, mentioned by Vasari. Is it possible that the “real” and original Mona Lisa actually stays hidden in the privet collection for centuries? Well, it could be true indeed, but the crowd of tourists taking selfies in Louvre will probably never now that. 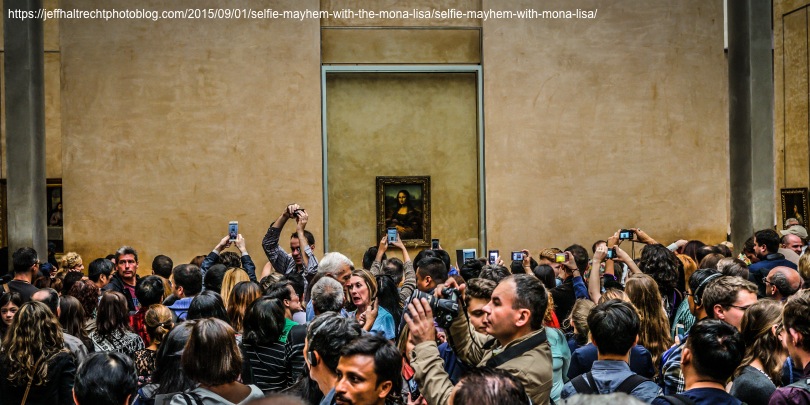 For further reading on versions of Mona Lisa I recommend an article by Salvatore Lorusso and Andrea Natali, “Mona Lisa: A comparative evaluation of the different versions and copies”, [w:] “Conservation Science” vol. 15 (2015), pp. 57–84 (https://conservation-science.unibo.it/article/view/6168/5936).