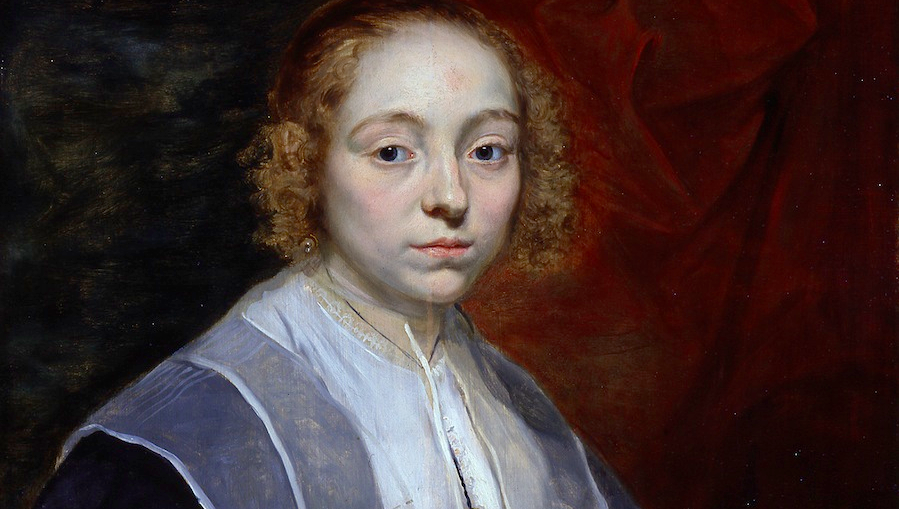 I have a pleasure to present an article recently published in scholarly journal Biuletyn Historii Sztuki (1/2017, s. 87-107). The article is a result of research in York Art Gallery (YORAG 840), first started as a part of a project National Inventory of Continental European Paintings, and subsequently continued with the aid of Research Bursary of Subject Specialist Network for European Paintings Pre-1900 (The National Gallery, London).
Portrait of a Lady in York Art. Gallery (YORAG 840) had been traditionally attributed to Cornelis de Vos; however stylistic analysis leads to the rejection of this attribution, as the portrait is completed in much more painterly and sketchy way then portraits by de Vos. The portrait seems to have been created by an Antwerp artist between ca. 1635 and ca. 1645, and its author was surely influenced by the art of P.P. Rubens and A. Van Dyck. As a result of recent research, most likely it may now be attributed to Jan Cossiers (1600-1671), a pupil of Cornelis de Vos and a cooperator of P.P. Rubens in the 1630’s. Characteristic elements of his style are traceable in his signed portraits as well as in the ones attributed to him and they seem also occur in YORAG 840.
It is worth mentioning that Cossiers’ oeuvre has recently been revised; for example portraits in
Dulwich Picture Gallery in London (DPG605) or Worcester Art Museum (no. 1983.37) should no longer be attributed to Cossiers, just as the Portrait of Surgeon in Royal Museum of Fine Arts in Antwerp (inv. No. 39), which is signed, but in my opinion the signature has been forged (probably by the painter contemporary for Cossiers).

Here is PDF of this article: BHS-Cossiers