Put your heads together 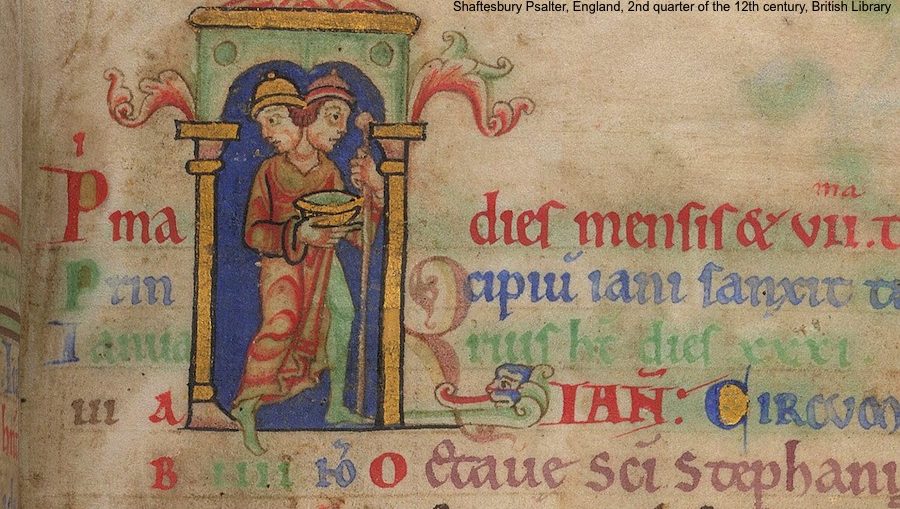 It seems to be a good idea to start New Year with a page from a calendar; let’s take a look at a certain interesting motif which appeared in medieval calendar pages dedicated to January.

Medieval books of prayers, psalters and books of hours, started with calendar, which included a list of all the holidays of the liturgical year. Usually every month had one page in such a calendar and it was decorated in the margins with the depictions of the signs of Zodiac and so called “labours of the months”. That did not necessary have to be actual “labours”, but rather activities symbolising each month. In some cases there were even miniatures (not only marginal decorations) dedicated to each calendar page. 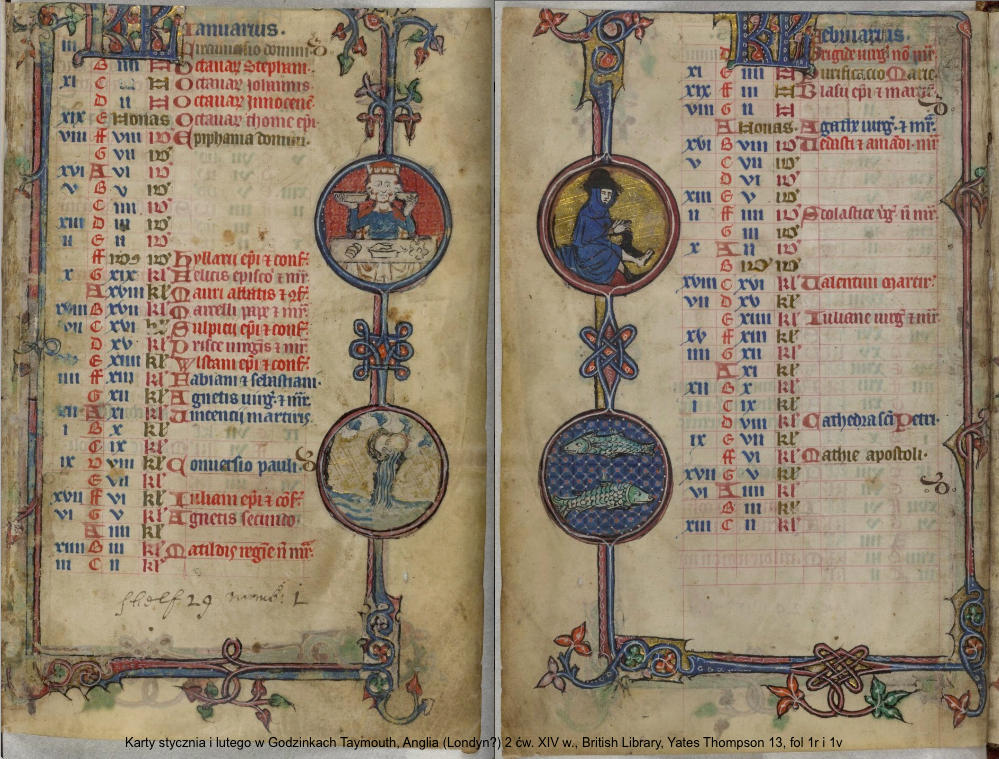 The year cycle, depicted as a series of the labours of the months, was not specific only for the illuminated manuscripts, but occurred also in sculpture or stained-glass. January was illustrated with the depiction of a feast and in many cases it included a very interesting figure of a man with two faces (or even two heads)! That was an ancient god called Janus.

Prior to the 2nd century BC ancient Romans celebrated a New Year at the beginning of March, but later they changed it to January (I wrote about that previously, in a post on carnival, available HERE). The month dedicated to god Janus (who was a patron of the new beginnings) was called Ianuarius. Latin ianua means door or gate, so it may be understood as a gate to the future, as the new opening of the new year. Ancient Janus had two faces, so he was looking simultaneously to the past and to the future. 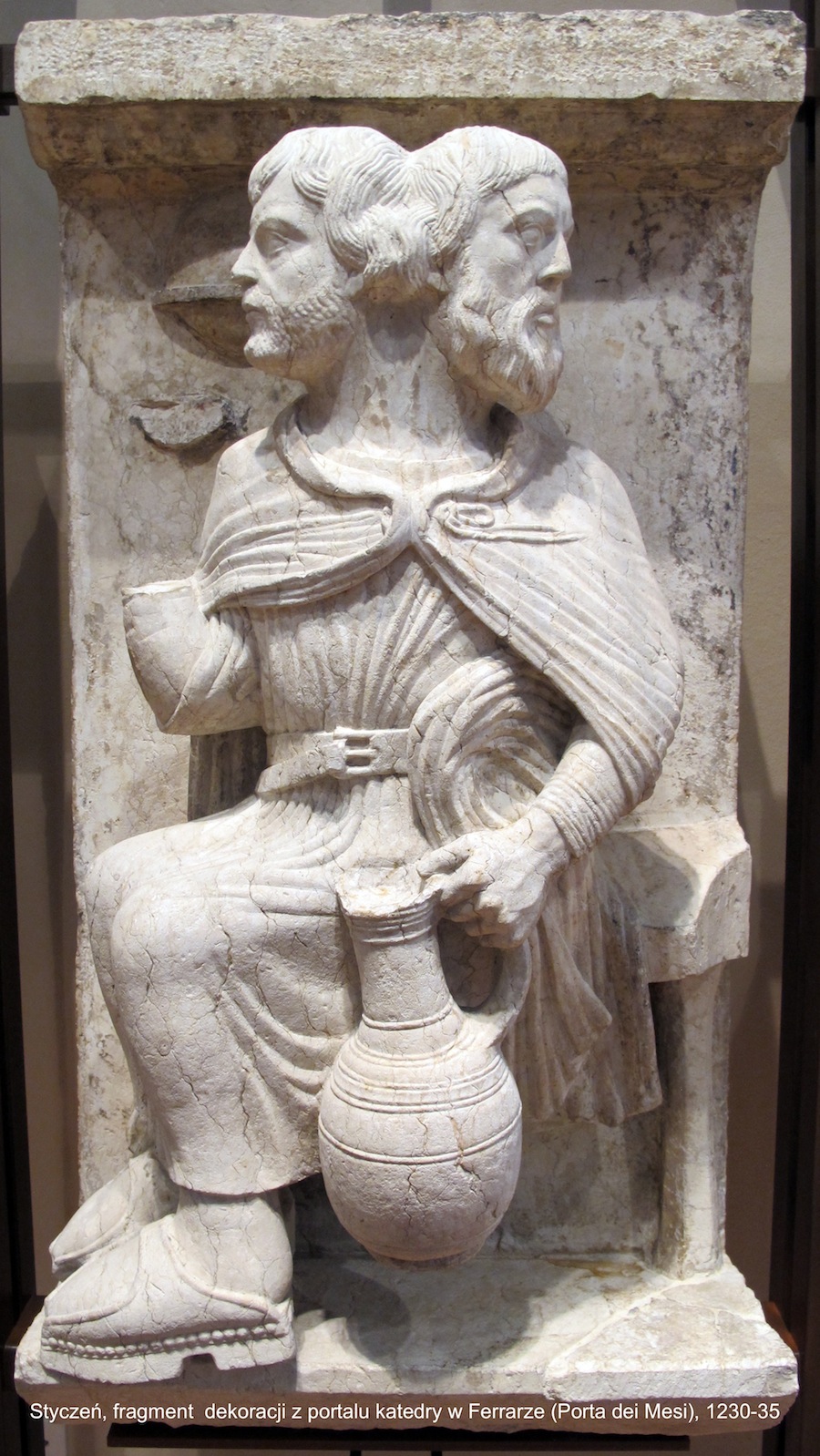 On the other hand, a very interesting subject is relation between two-faced Janus and three-faced man impersonating Holy Trinity. In medieval art we may find such depictions of Trinity: one man with three faces symbolised one God in three persons. Three-faced Trinity may have derived from ancient two-faced Janus, but apparently later it was turned around: and so we may come across medieval depictions of Janus who actually has three faces! An example of such an image is a miniature in Bedford Hours (Paris, ca 1410-30 British Library, Add MS 18850): to the left there is feasting three-faced Janus and to the right there is an Aquarius, that is a Zodiac sign for January. 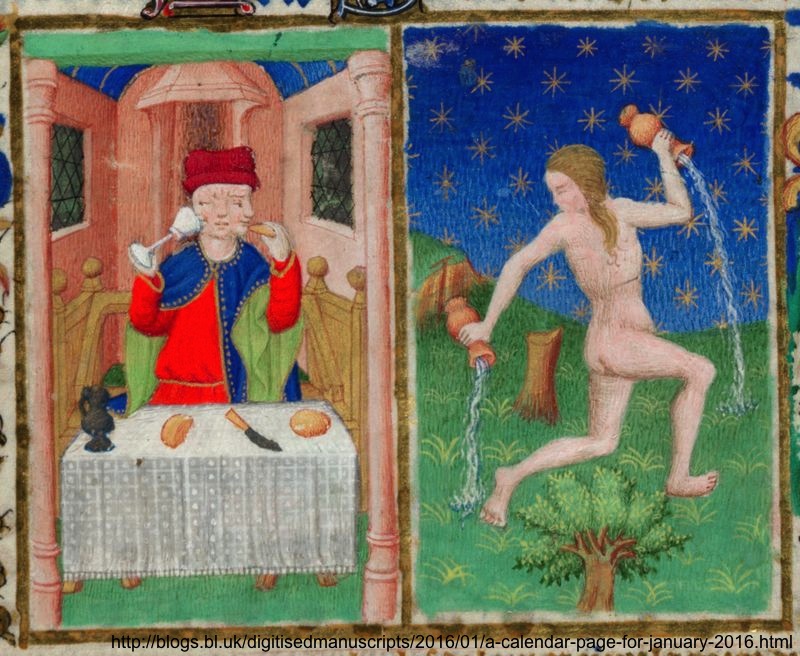 By the way, defining “labour” of January as feasting is also rooted in ancient traditions. It is about that time of the year when ancient Greeks celebrated Rural Dionysia, which included opening new wine for the first time. Ancient Romans celebrated Saturnalia in December. Obviously, feasting fits well to this time of Christian year as well: Christmas time, lasting from 25th December to 6th January, is usually filled with eating lots of food, and then subsequently comes the carnival. What else one may do in Winter? Also, even the Zodiac sign of January is rather festive: the depictions of Aquarius were related to mythological Ganymede, a young man who, kidnapped by Zeus, became a cup-bearer in Olympus. So basically Aquarius is a guy who goes around and pours stuff. 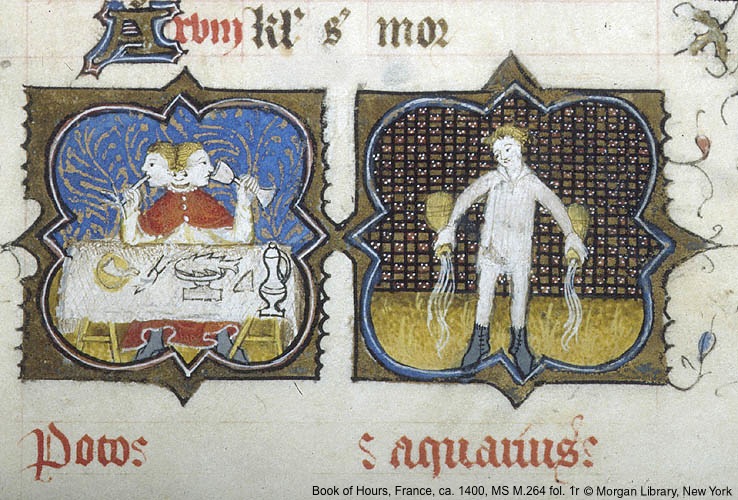 It is often falsely assumed that the Middle Ages was the time when people turned their backs on the heritage of Antiquity, but as you can see, it is not true, as the medieval prayer books actually often started with the depiction of an ancient two-faced god! And finally it is worth noticing that Janus’ anatomic anomaly seems to be rather useful in the festive circumstances: apparently he ate with one face and drunk with the other, simultaneously! 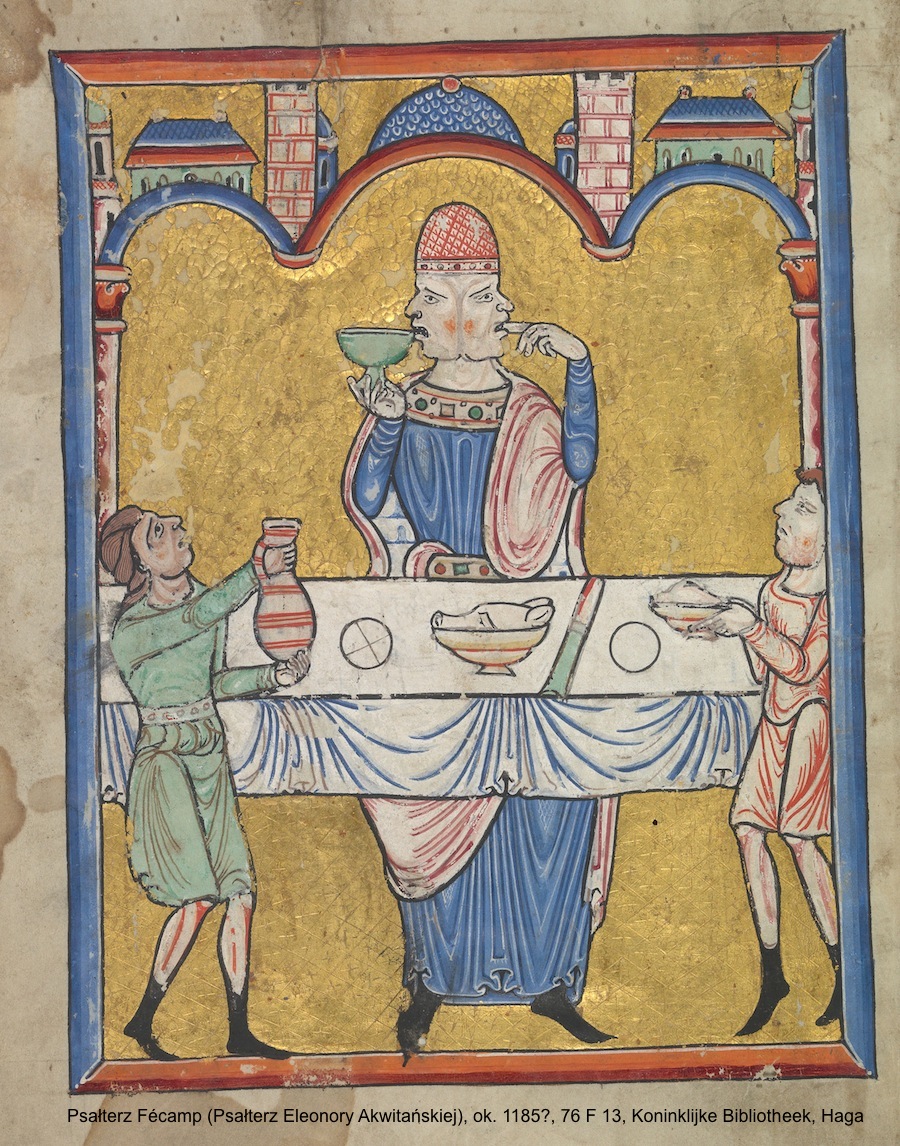 I suspect that we all wished sometimes we had two mouths, especially when it comes to dealing with rich delights of Christmas dinners or carnival parties. On the other hand, as a result we would probably have had twice as much holiday weight to lose within our New Year’s resolutions.