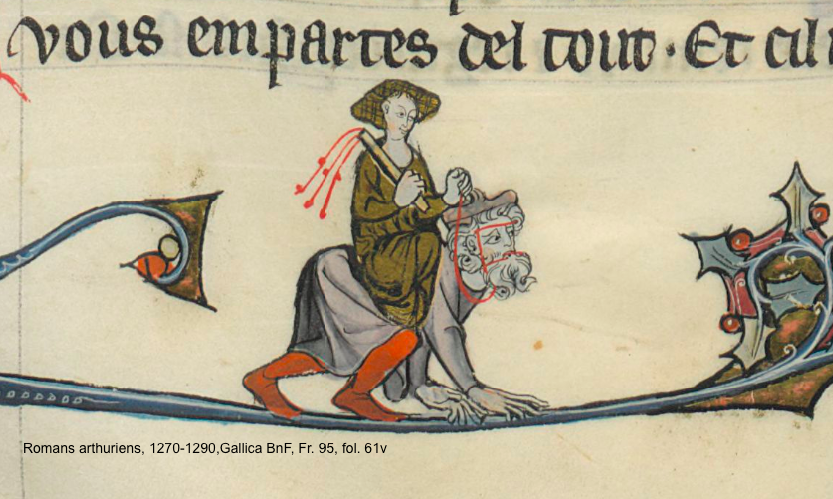 The choir of the Our Lady church in Cracow is decorated with sculpted consoles, but unfortunately they are barely visible, being placed very high, just below the church’s roof. But if we use binoculars we may see how interesting this gothic decoration is; and among those sculptures we can spot a depiction of a woman riding a man. It is Phyllis riding Aristotle; a popular subject in late-medieval and early modern art, interpreted as symbolising lust. 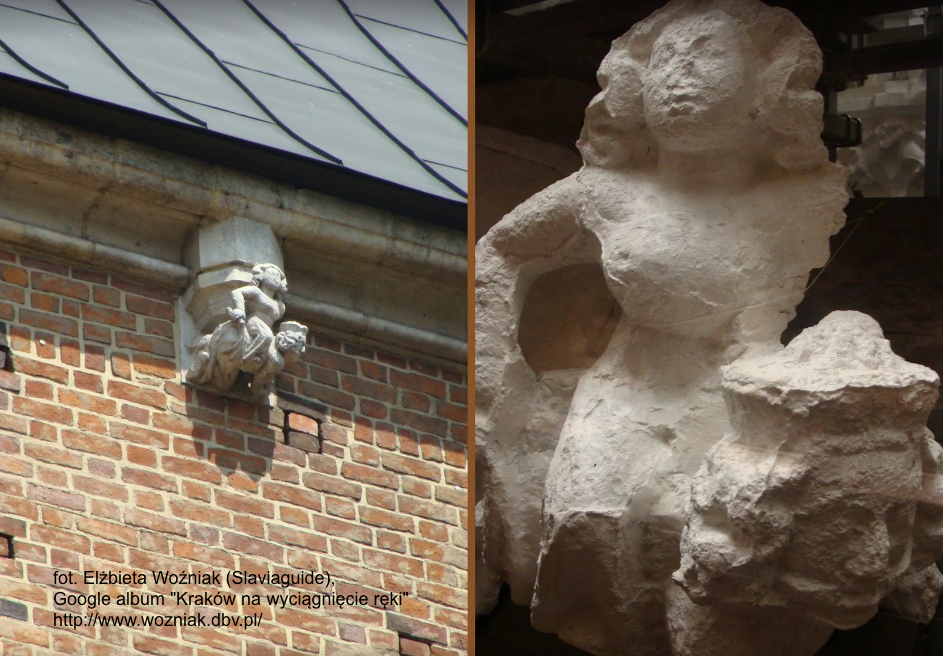 Aristotle is undoubtedly one of the most important ancient philosophers, and he was widely appreciated by the medieval scholars. On the other hand, he became a hero of a tale which proved that even a wise man may be led on (and ridiculed!) by a woman. The legend on Phyllis and Aristotle dates back at least to the 13th century and its illustrations occurred in church decorations, as well as in secular objects, manuscripts and prints. 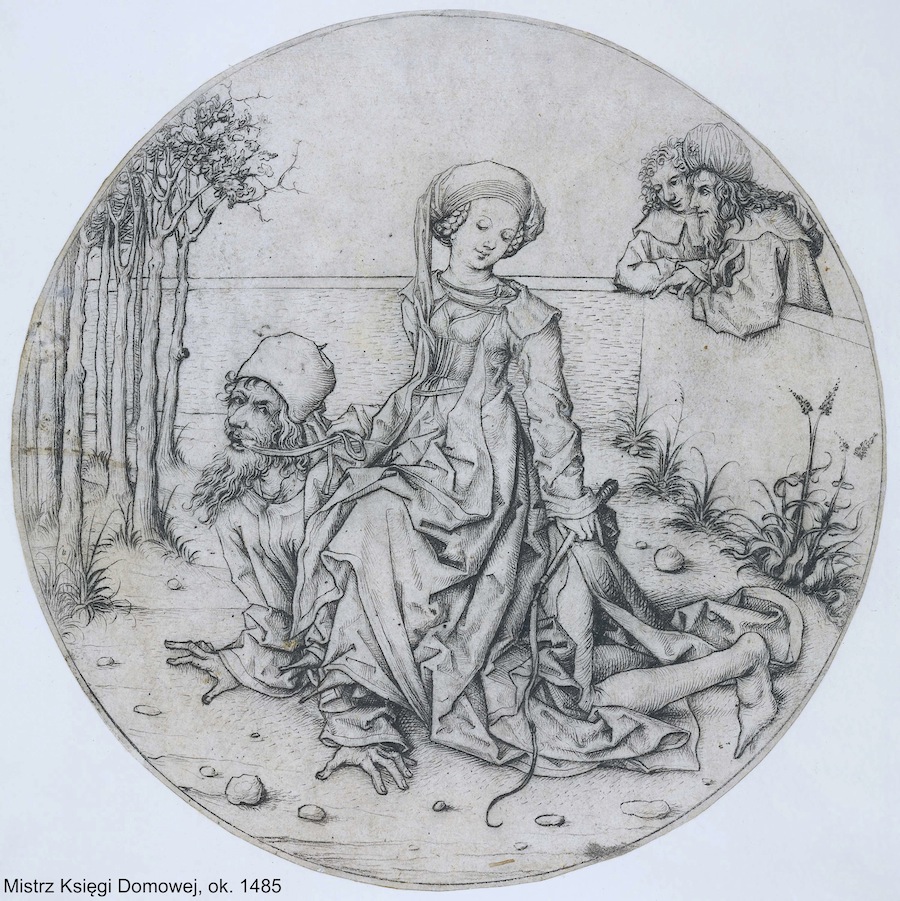 The story is related to the tales about Alexandre the Great, a very popular hero in the medieval vernacular literature (I have written about him before, the post is available HERE). Apparently, Aristotle reprimanded Alexandre for spending too much time with his beloved Phyllis, instead of studying philosophy or even instead of ruling the empire. Phyllis decided to get back at the Philosopher by seducing and humiliating him. Aristotle, hoping to possess beautiful Phyllis, eventually agreed to serve her as a horse: he let her ride him, crawling on his hands and feet. According to some legends, the humiliating situation was witnessed by Alexandre. The illustration of that scene (and to be precise, two illustrations: Aristotle lecturing Alexandre and Phyllis riding Aristotle) may be found in the 14th century ivory Caskets with Scenes of Romances. Several such caskets survived in various museums, and one of them is in Cracow cathedral: 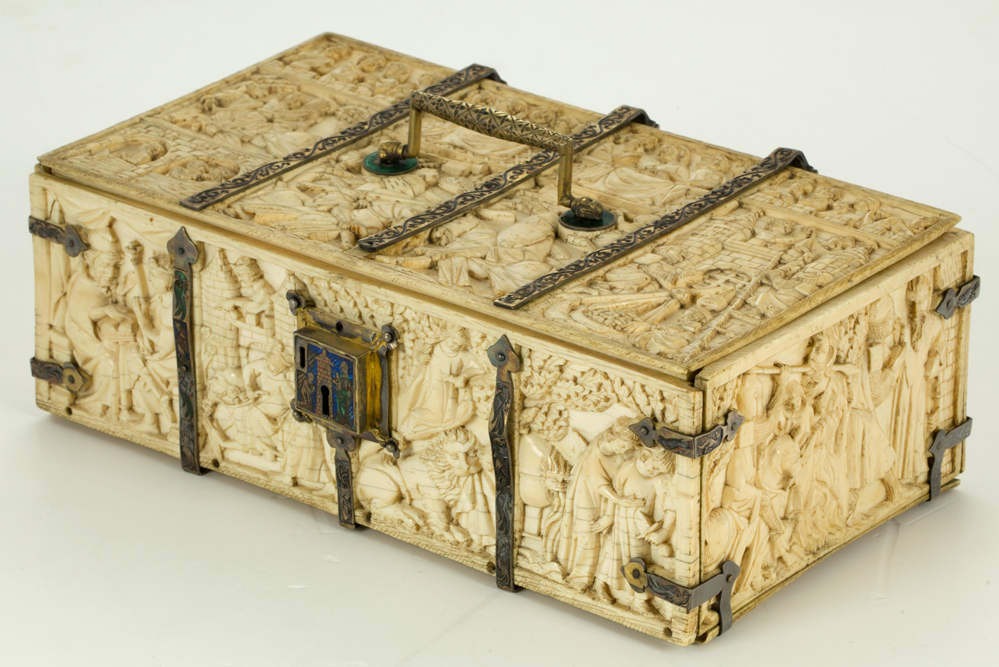 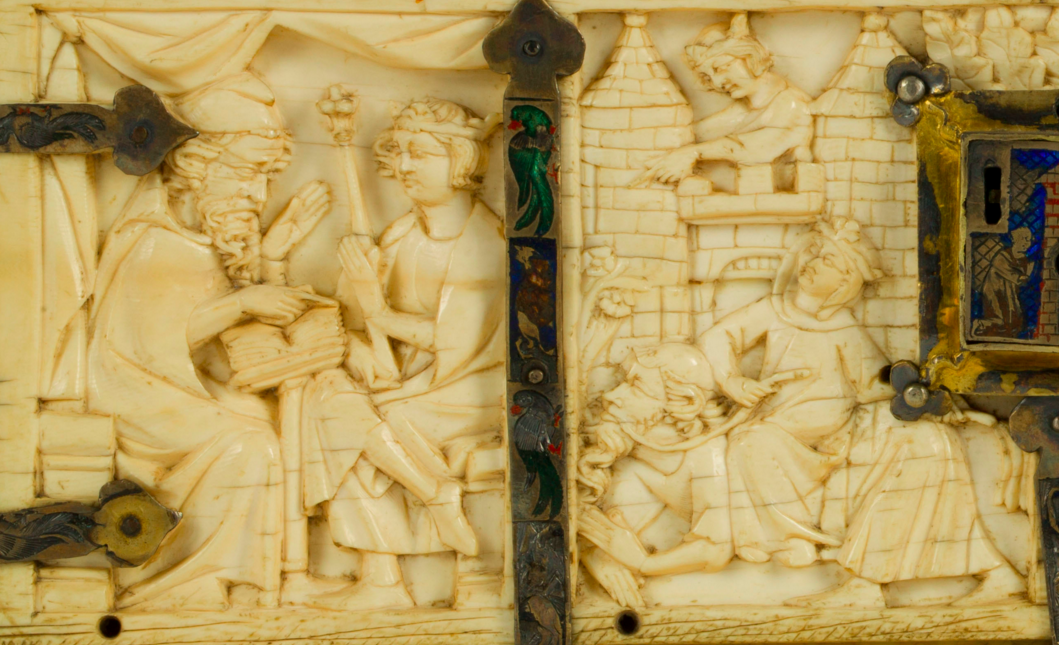 Obviously, a woman riding a man is a scene of a sexual meaning; it may be humiliating, but for some people it may just be a source of pleasure. An interesting example of an illustration of this legend is an aquamanile (ca. 1400) in the Metropolitan Museum of Art in New York. An aquamanile is a vessel for pouring water for washing hands: in this case there is a hole at the back of Phyllis head (to pour the water in) and a tap under Aristotle’s chin. Note how beautiful Phyllis holds Aristotle’s hair with one hand and grabs his butt with the other! The erotic context of this sculpture is pretty clear, including some hints on submission-domination play. 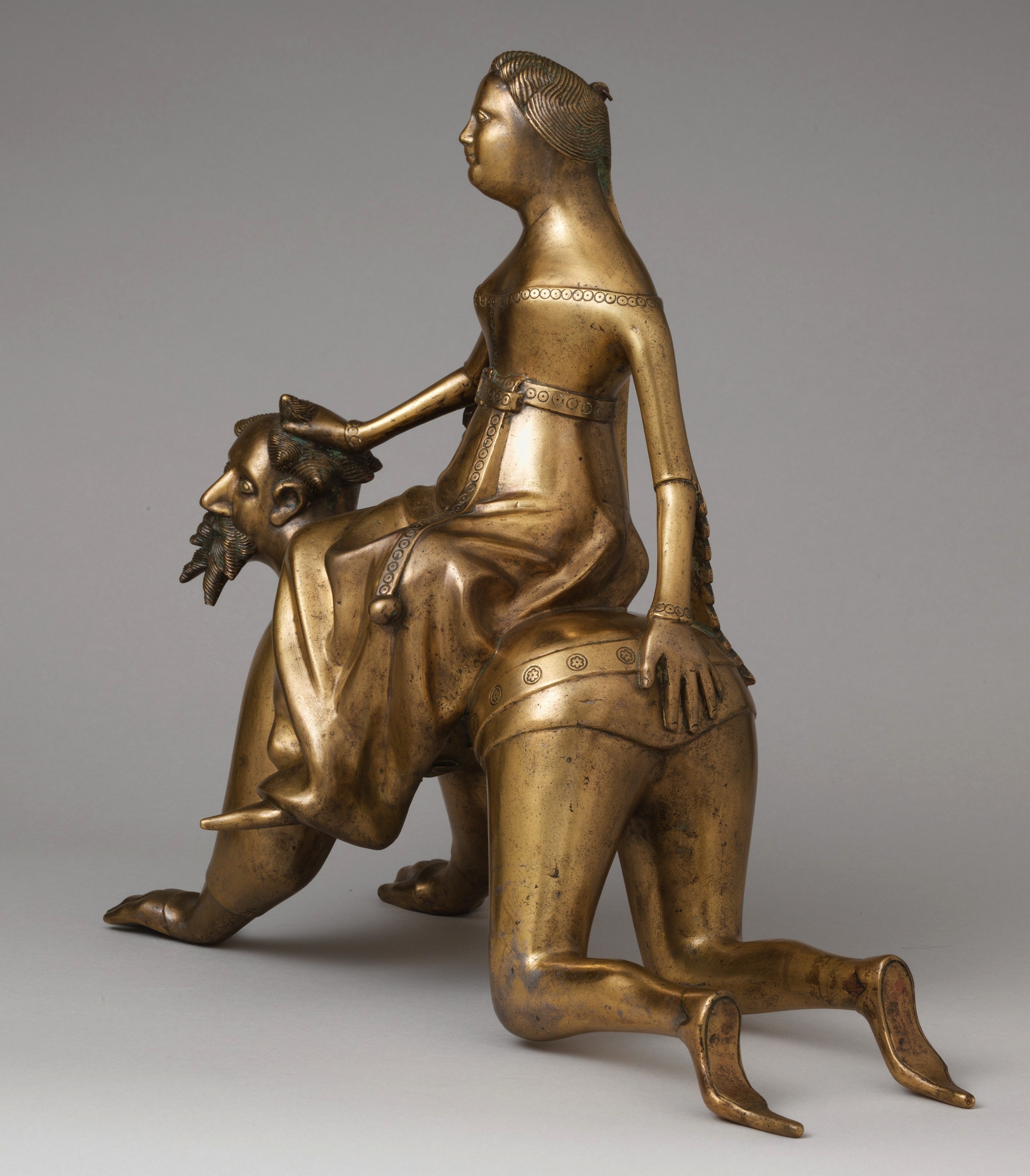 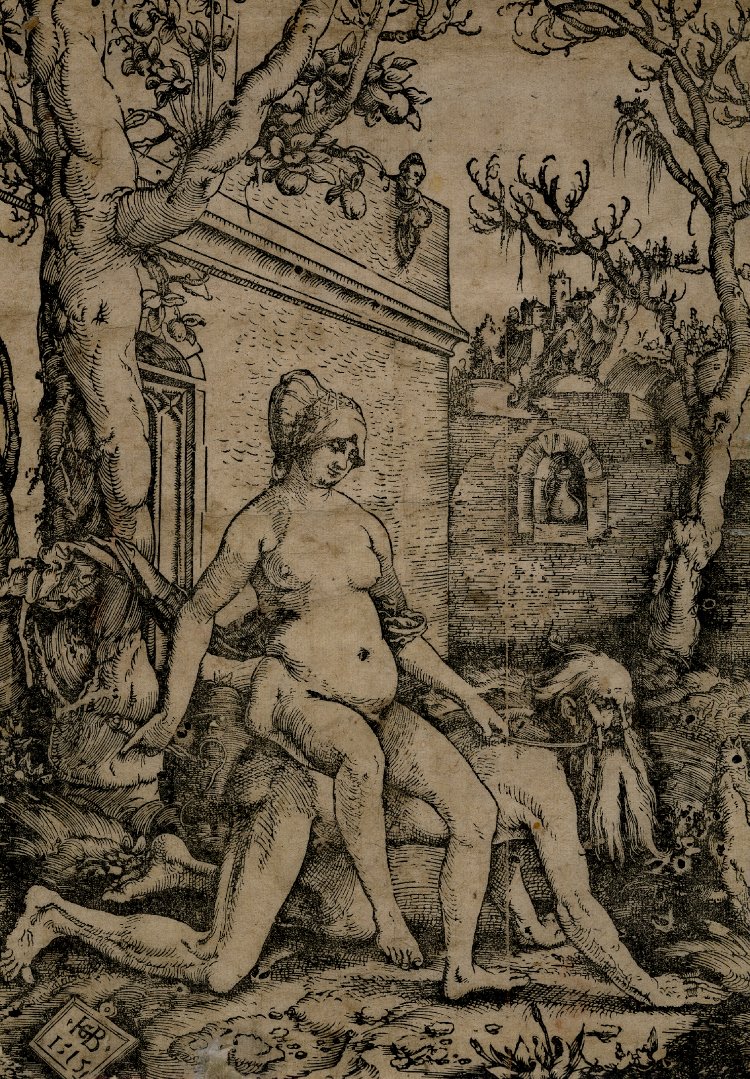