Home » Blog » Details from behind
Tue26

The St Stephen Cathedral in Bourges is one of the most significant monuments of gothic architecture. It had been built since the end of the 12th century and it is decorated with many sculptures, added during subsequent centuries. As the scholars observed, there are quite many obscene motifs in its decoration, mostly focusing on a male behind. Apparently, in the late Middle Ages the city of Bourges was connected with sodomy, and calling someone “from Bourges” meant that this person had homosexual preferences. That, of course, was a sin, and so we may find some hints on this subject in the cathedral’s tympanum, depicting the Last Judgement (13th c.). Among the damned we may spot a man with a money-bag (hence most likely punished for being avaricious), who is pulled by his hair by the devil. The damned has rather sorry expression, but that may be also due to the fact that the devil’s tail, which has its own head (!), is biting the man’s thigh. And we must not avoid the conclusion, that this tail is rather phallic in shape, and it is obviously reaching towards man’s intimate areas. 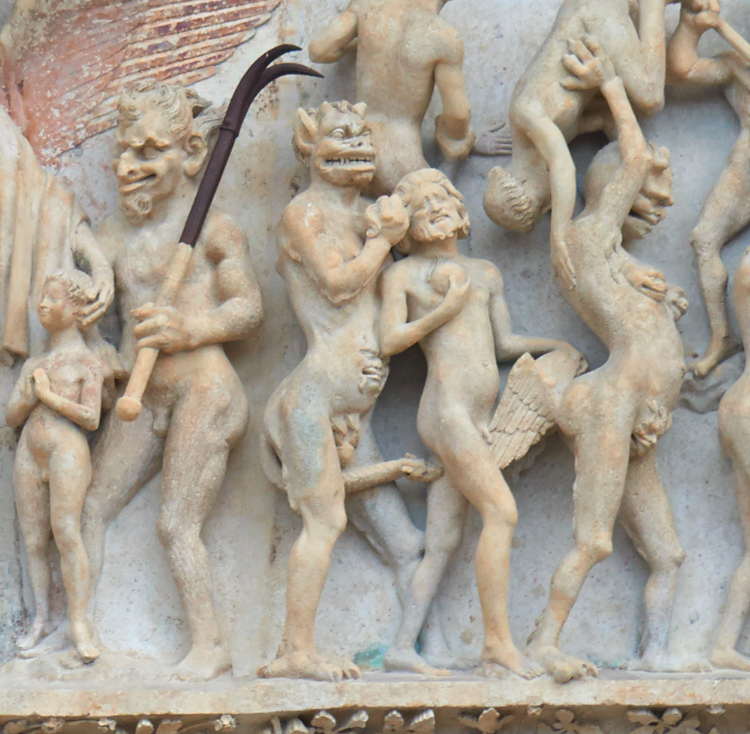 Naturally, the best image of the evil is the devil himself; and so, in the same tympanum, we may see another devil by the hell mouth, whose genitals are rather exposed, and additionally he has another face on his buttocks! The medieval artists often used obscenity to ridicule and condemn the evil in their art. 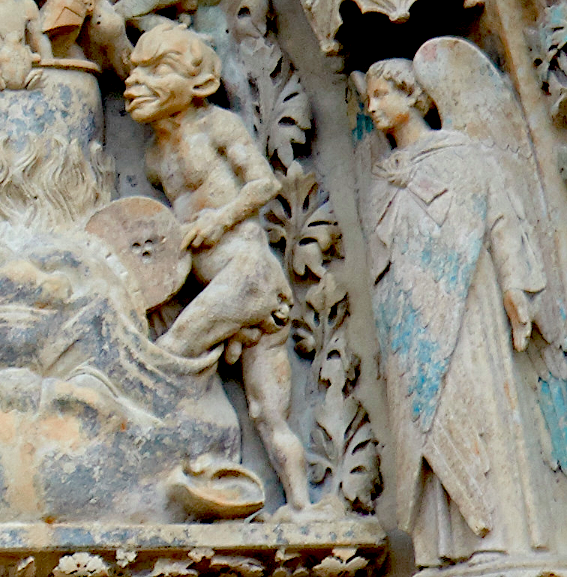 In the crypt of the cathedral there are another buttocks: this time it is a console decorated with bottom. There is nothing that would indicate whether this bottom is male or female, but there are also no elements that would make this really obscene: to be honest, this is simply just a bottom. As Michael Camille wrote in his essay (in “Medieval Obscenities”, ed. N. McDonald, York 2006), the word “cathedral” (cathedra) means a seat of the bishop; perhaps in this case it is simply a seating area of the bishop.

Interestingly, that is exactly the interpretation of another buttocks, decorating the frieze on the southern side of the cathedral (late 14th c.). In this case there are no doubts: the bottom is obviously male, and depicted with a bit of obscenity in anatomic details. According to the legend it was in fact suppose to picture a local bishop, who was known to have been a sodomite. 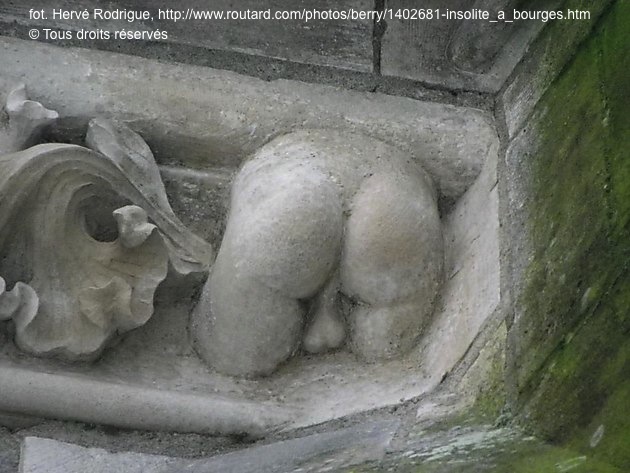 Some clever scholarly articles would tell us that the obscenity was an important aspect of the late-medieval visual culture, mostly in context of the sins that should be condemned. Various similar motifs, very often focusing on an anal area, are also present in late medieval and early-modern folklore tales and poems. We may say that bare bottom was in this case rather expectable decoration of the medieval cathedral. Who would dare to create such a religious art today? Who would think that it is a good idea to depict naked bishop being thrown to hell just above the entrance to the church? 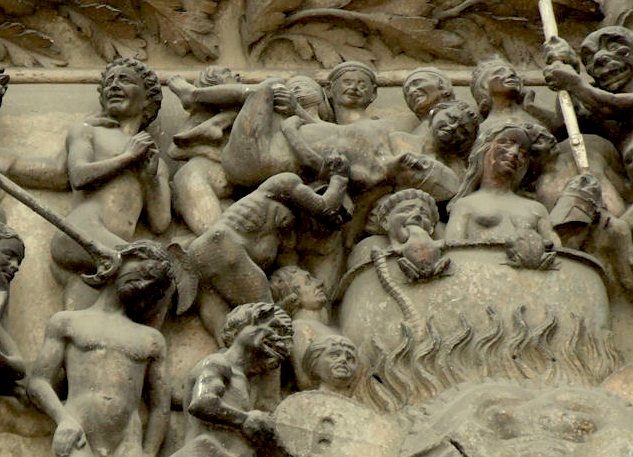 I suppose that this kind of satire would still be up-to-date today, but sadly, a few centuries later it seems that in some aspects we no longer enjoy such a freedom of speech.