Keep your head up 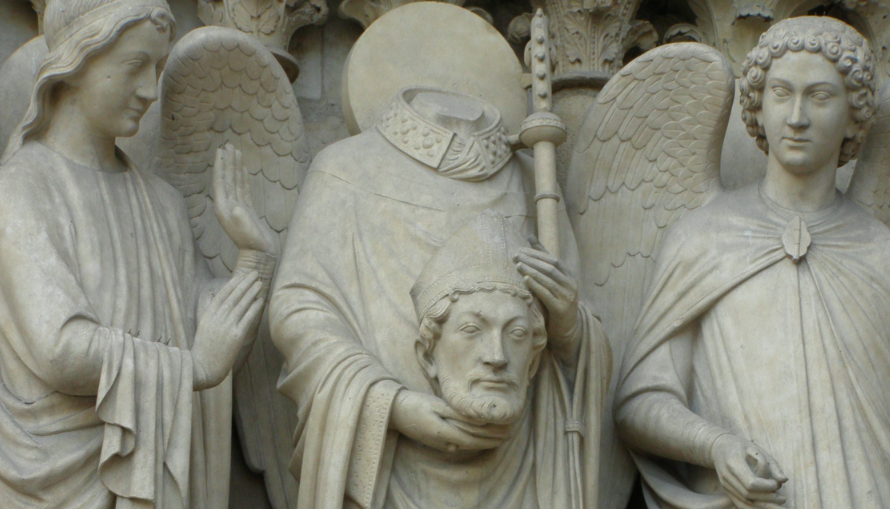 Most of the holy martyrs have been depicted as holding attributes related to their martyrdom. Many of them ended up beheaded, and one of the best known examples would be St. Denis. His attribute is quite peculiar: it is his own head. He is a cephalophore, that is a saint carrying his own head; hagiology knows more such saints, but Denis is certainly the most popular one. Sometimes he was actually depicted with two heads: one in his hands and the other on his neck. 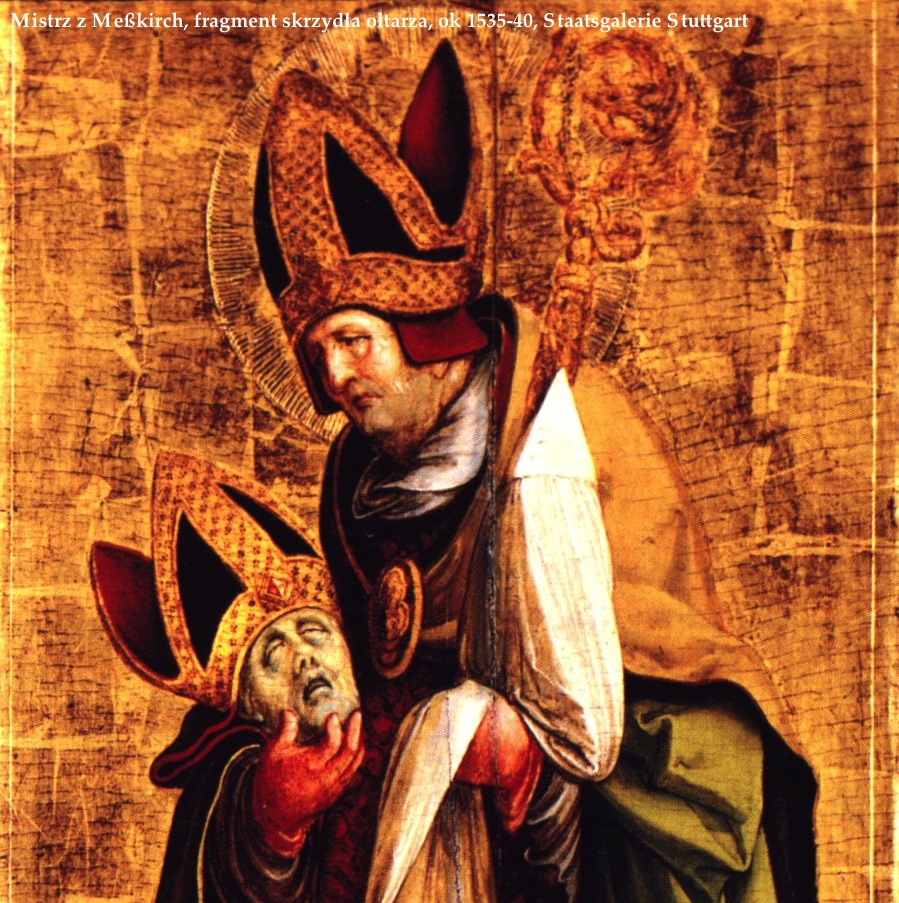 The most popular medieval collection of hagiographes was so called “Golden Legend” by Jacobus de Voragine (2nd half of the 13th century). The author himself had some troubles establishing the history of some martyrs, as in many cases the sources provided various versions of the martyrdom stories Jacobus tried to bring those sources together and searched for explainations for the contradictions. A good example of that would be Jacobus’ description of the martyrdom of St Bartholomew:

Indeed, most of the martyrs appeared to be quite difficult to kill; they survived many tortures that would finish off the regular people rather quickly. In the end it seemed that the best way to get rid of the saint was to behead him or her. It worked in most cases – but not in the case of St. Denis. 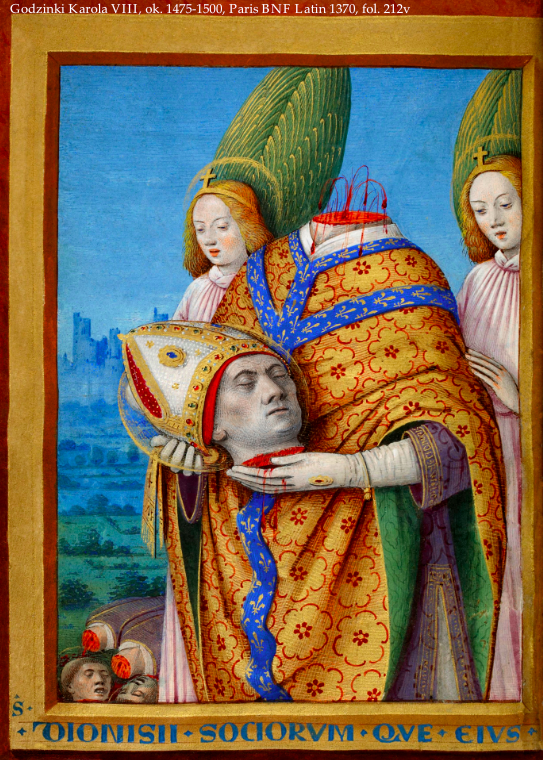 Denis (Dionysius) was the first bishop of Paris, he lived in the 3rd century. In the Middle Ages he was commonly confused with Dionysius who was a disciple of Saint Paul, living in the 1st century. Also it was believed that it was the same Dionysius who wrote important texts, now dated to the 6th century AD and thus accepted as by so called Pseudo-Dionysius. Anyway, Denis the martyr was killed during the prosecution of Christians around the half of the 3rd century. He was beheaded with his companions on the hill earlier dedicated to Mars, and later called the Mountain of Martyrs (mons Martyrum – today famous Montmartre in Paris). Unfortunately for the prosecutors, Saint Denis was rather immune to the martyrdom. After beheaded, he just took his head and walked away. 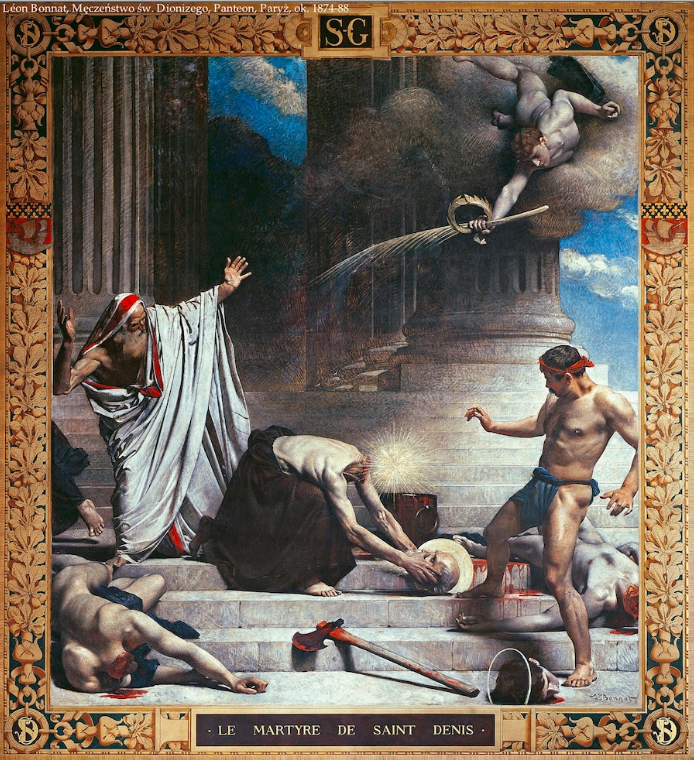 Naturally, he took this journey with a fixed destination: he chose the place where he wanted to be buried. His chosen sanctuary was in Saint-Denis: later it became a burial place of the French Kings. It was not unusual for the saints to manifest their will even after they were dead (a good example would be the case of St Florian of which I wrote earlier – see HERE). It is understandable: apparently the saints were people of strong characters: they were not easy to kill and afterwards they took care themselves of the location of their relics.

The relics are another issue: in case of the St Denis’ head there were some controversies about whether or not the top of his head was cut off first. Notre-Dame in Paris claimed to have had the relic of that top of Denis’s skull, and so in some images the saint was depicted as holding only the top of his head. 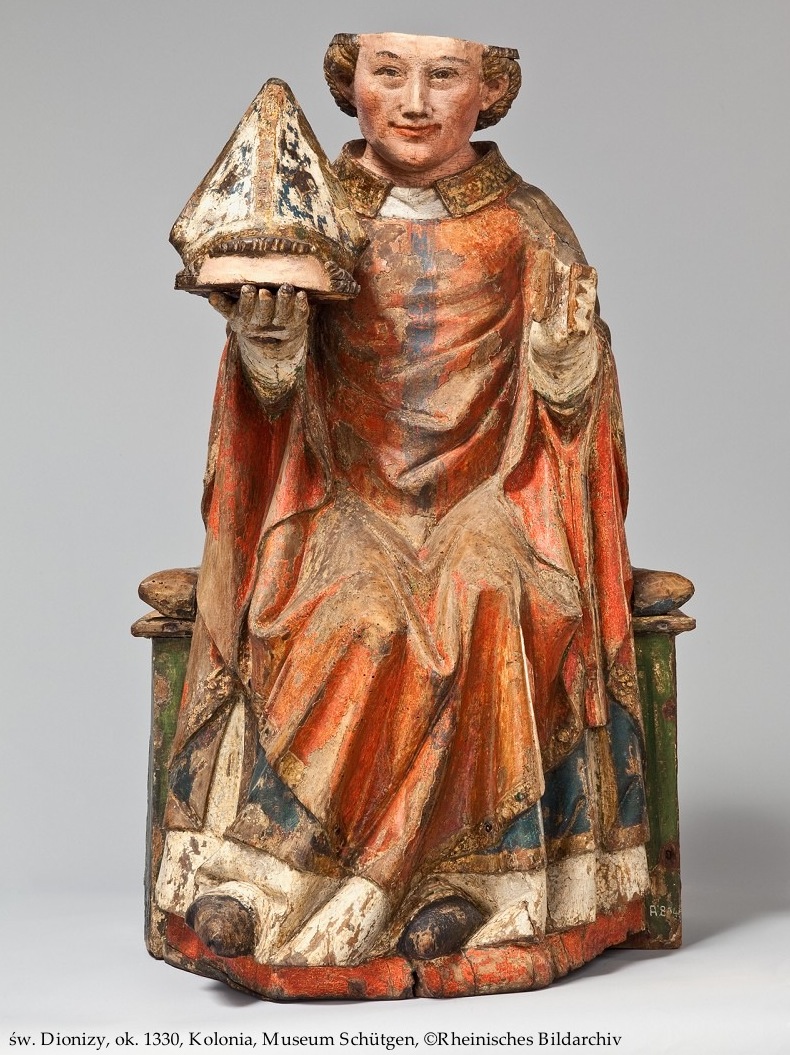 Additionally there is a question of halo: should it be around saint’s head or behind his neck (even if the head is not there anymore)? Both cases appeared in art. Sometimes there was also a fountain of blood gushing form the saint’s neck against that halo in the background. Naturally, every saint specialised in something – do I need to tell you that St Denis was a patron saint of headaches? I suppose he may also be considered the patron saint of stress and crisis: in spite of having been beheaded, it seems like he never lost his head. 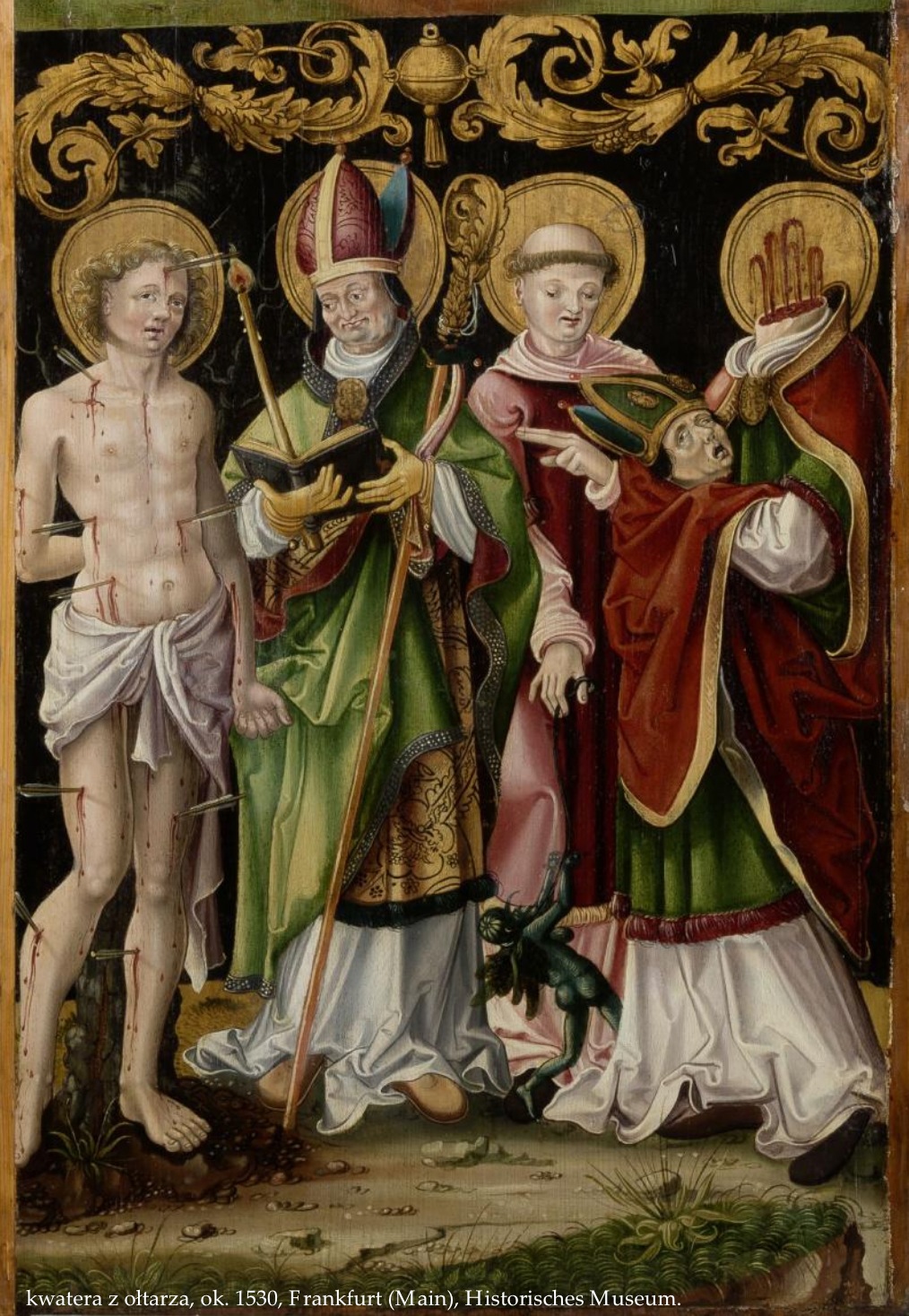