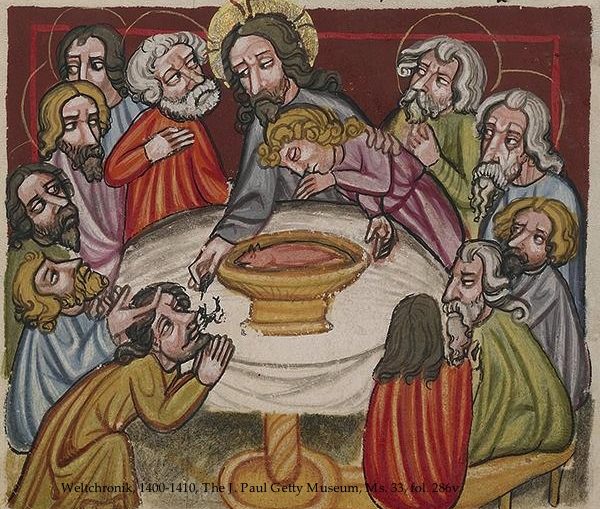 Sometimes a curiosity in art is not about artists depicting something weird; sometimes it is something normal, but depicted in a weird way. Today I would like to show you some examples of the Last Supper which were simply not very well painted. There are such cases in medieval art; we look at those pictures and can’t help asking ourselves: what in the name of God do they eat? 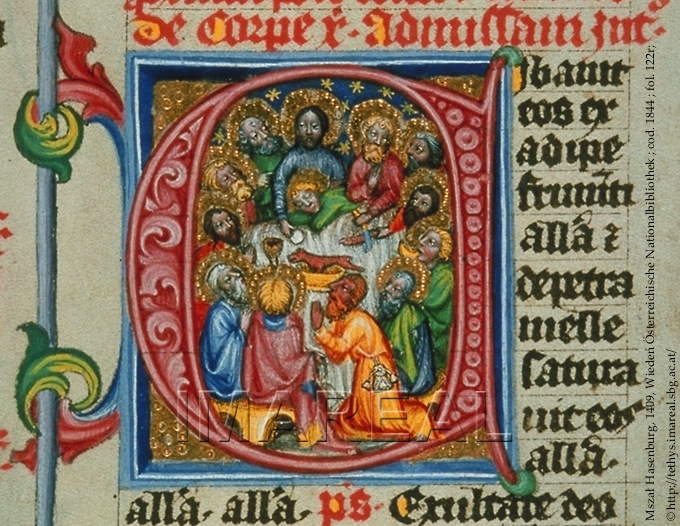 In the miniature above they do not eat a squirrel, however it may seem so; the animal on the plate was supposed to be a lamb. Of course, the Last Supper is a meal we associate with bread and wine, but we should remember that Jesus met his Disciples to celebrate the Passover with them. They were supposed to eat lamb or goat with bitter herbs and unleavened bread – so we may assume that this was actual menu of the Last Supper. Also, lamb may refer to Christ himself, who was Lamb of God, sacrificed for the salvation of the world. Me must admit though that medieval artists did much better with depicting an alive lamb (e.g. as an attribute of St Agnes or John the Baptist) than a lamb cooked. It sometimes really does not look good. 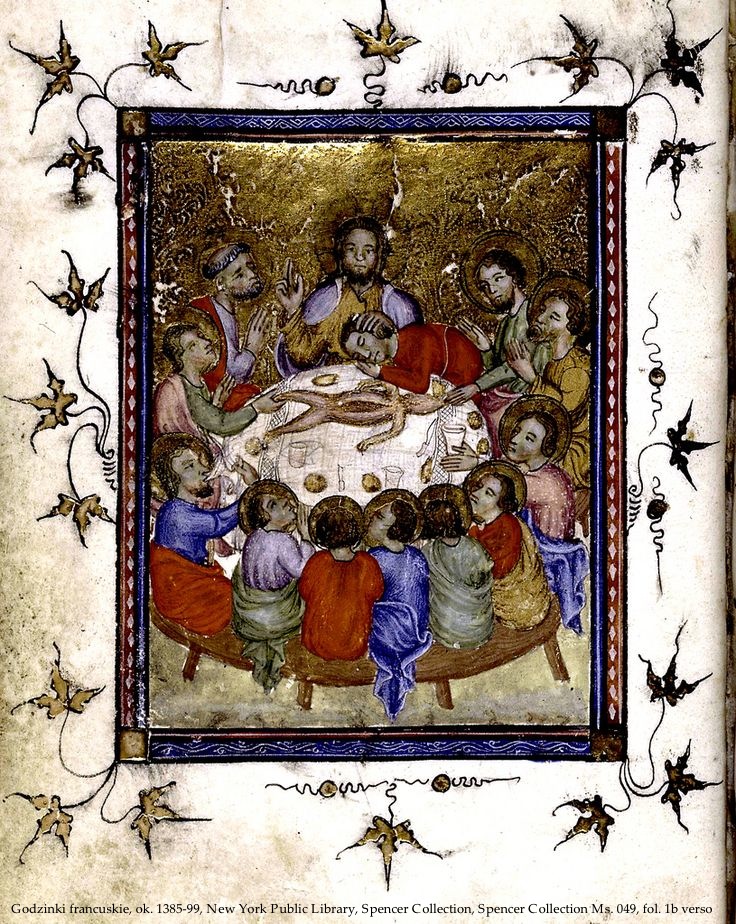 And I must say that sometimes even a medievalist is surprised with the final result. An extreme example is the Last Supper of the early 15th century altarpiece (ca. 1410-20, Bohemian, , Churburg-Castel Coira, south Tirol). Was that worm on a salad supposed to be a lamb? Or perhaps this is what remained of the lamb as the Supper is almost over? 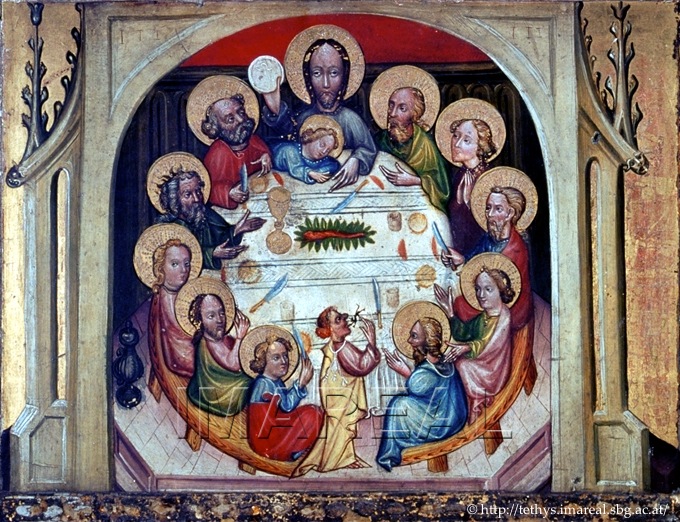 Another interesting thing in this Last Supper is the fact that Judas is actually depicted… eating the devil! It is an illustration of the Gospel: And when he had dipped the piece of bread he gave it to Judas son of Simon Iscariot. At that instant, after Judas had taken the bread, Satan entered him. (J: 13,26-27). Apparently the devil entered Judas orally – that seems to be rather an indigestible dessert. By the way, when Judas finally hanged himself, the devil exited his body (taking his soul) from the other side. He bursted him open so the his bowels gushed out, to be precise… well, that’s what happens when we eat something really bad. Let’s try to avoid that. 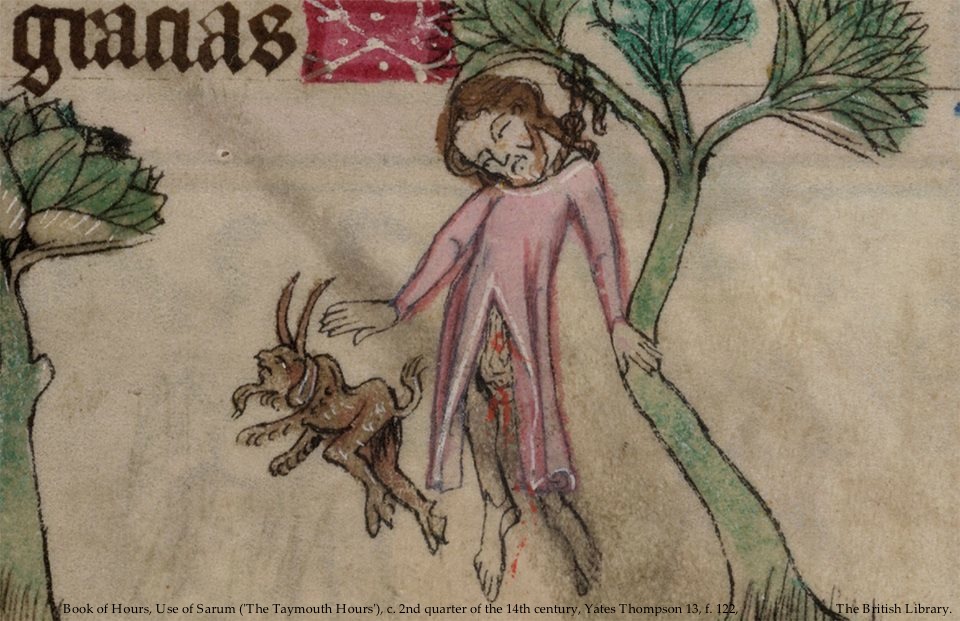