the curse of Mélusine 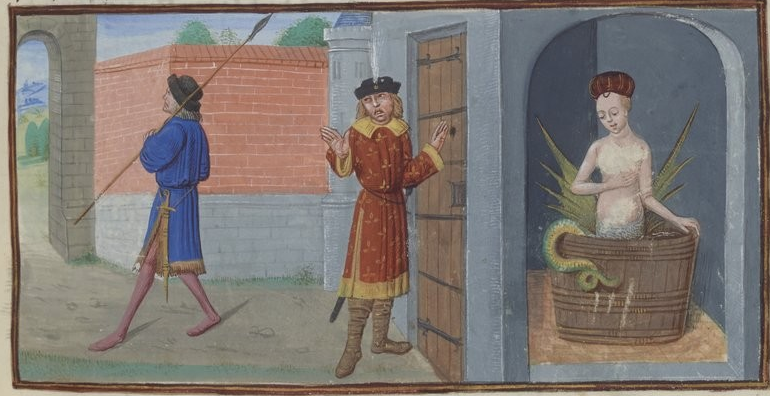 Medieval books of prayers usually started with the liturgical calendar, and in case of the illuminated manuscripts they were often decorated with the images of “labours of the month” and the zodiac. One of the most famous examples is the calendar of The Très Riches Heures du Duc de Berry (the manuscript was created at the beginning of the 15th century by the Limbourg Brothers and completed partly in later decades. It is in Musée Condé in Chantilly, Ms. 65). Let’s have a look at the page decorating March:

This miniature was completed in the 1440s (perhaps by Barthélemy d’Eyck). Its main part is a depiction of people working in the fields in the early Spring-time, which is usual as a decoration of the month of March. In the upper part we may see some astrological subjects: there is the Sun riding in a chariot and the signs of the zodiac (Pisces and Aries). Nevertheless. Today I would like to focus on the background: there is a beautiful castle, which is Château de Lusignan in the region of Pitou. It was one of the favourite residences of Jean de Berry. Next to one of the towers we may see a golden dragon; most likely Duke de Berry did not have such a pet, but that dragon is not only an ornamental motif in this case. 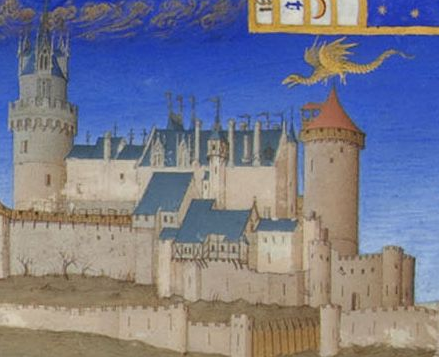 It is in fact related to the genealogical legend of the House of Lousignan, who owned that castle. That family was said to have derived from the fairy princess Mélusine. She was cursed along with her sisters, which was a result of a conflict between their parents. As a result of the curse, every Saturday Mélusine took the form of a serpent from the waist down. Well, every woman has a bad day now and then… but of course it should be hidden from the men’s eyes. Mélusine married Raymond de Pitou (Raymondin), but she made him swear, that he would never enter her chamber on a Saturday. That was quite understandable: Saturday is the best day to take a bath, and it was commonly accepted that women should have some privacy for that. For some time they had a very happy marriage: Mélusine gave birth to ten sons. 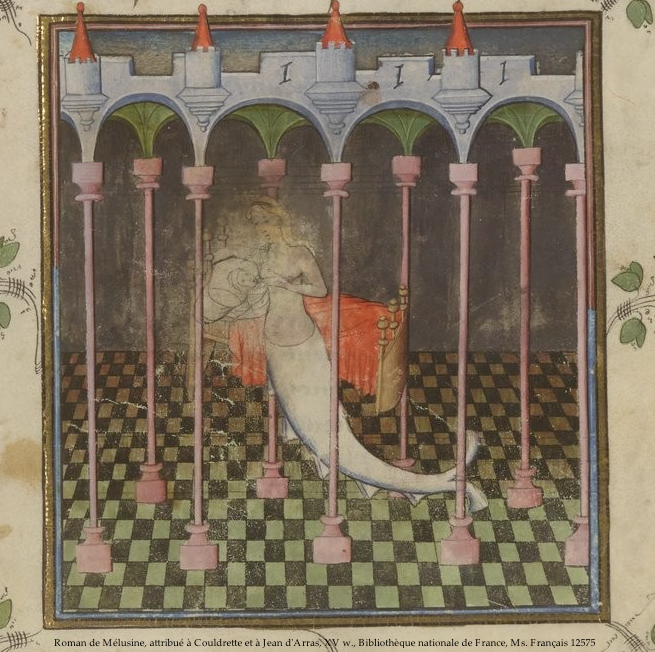 Unfortunately, one day the secret was revealed: the husband, suspecting that Mélusine may have a lover, spied on her through the keyhole and discovered the truth. As a result, the family started to suffer from misfortunes, and finally Raymondin, although at first he tried to be discreet, called her wife a serpent in public. Then she left him: she flied away, as she turned into dragon. 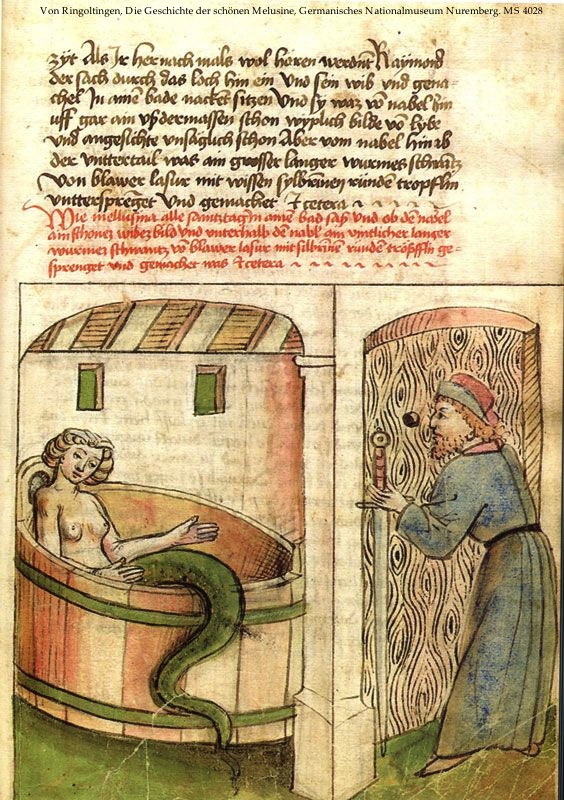 The most popular texts about Mélusine were created at the turn of the 14th and 15th centuries (e.g. the tale by Jean d’Arras, of the court of Jean de Berry, 1393). Today the story is not widely known anymore, which is a pity, as it is rather educational. One may learn from it that it is a really bad idea to spy on women when they make their toilet. Already in the antiquity Ovid wrote about that issue:

But on no account let your lover find you with a lot of “aids to beauty” boxes about you. The art that adorns you should be unsuspected. Who but would feel a sensation of disgust if the paint on your face were so thick that it oozed down on to your breasts? […] Let your servants tell us you are still asleep, if we arrive before your toilet’s finished. You will appear all the lovelier when you’ve put on the finishing touch. Why should I know what it is that makes your skin so white? Keep your door shut, and don’t let me see the work before it’s finished. There are a whole host of things we men should know nothing about.

Meanwhile, Raymondin behaved in a very bad way: he spoiled his happy marriage by being suspicious and not trusting his wife. It could never end well; as the proverb goes: curiosity killed the cat. At first Raymondin had half-woman half-serpent, but after some time he ended up with a whole dragon. That unfortunate methamorphosis probably sounds familiar to many spouses. 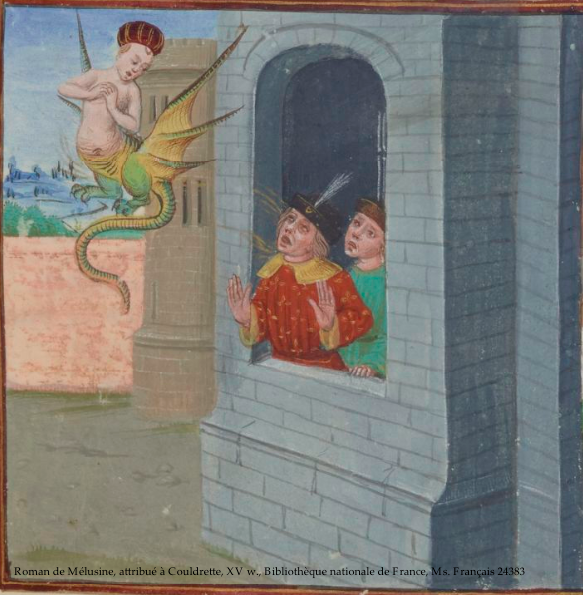 For further information on the medieval legend checka out the article: Shana Thompson, The Lady of the Marshes: Place, Identity, and Coudrette’s Mélusine in Late-Medieval Poitou, “Peregrinations. Journal of Medieval Art and Architecture” vol. V, no. 3 (Spring 2016), 67-122 (available on-line)