The Legend of renaissance Florence 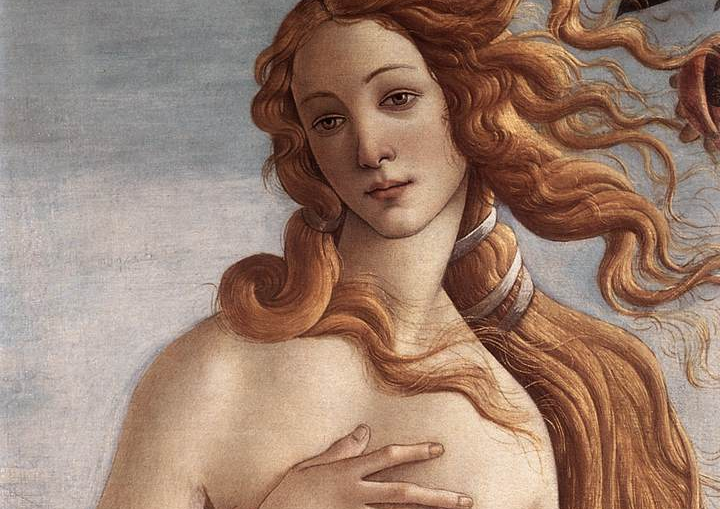 The Old Masters often had their individual types of female beauties: perhaps muses or mistresses, who were the models for their Madonnas, Venuses or Dianas. Usually when we see particular type of female face repeated in many paintings of one artist, we tend to assume that it may be a portrait of a real woman, not just imaginary ideal of beauty. This is the case of Sandro Botticelli and his art.

The Botticelli type (most famous example being his Venus) is a delicate blonde, with almond-shaped eyes and a distinctive chin. She is also somehow sad… it is a common belief that it is in fact the portrait of the most beautiful woman of the 15th century Florence. Her name was Simonetta Vespucci. In fact, it is possible that most of her legend was created in the 19th century – but still, there may be the grain of truth in every legend. 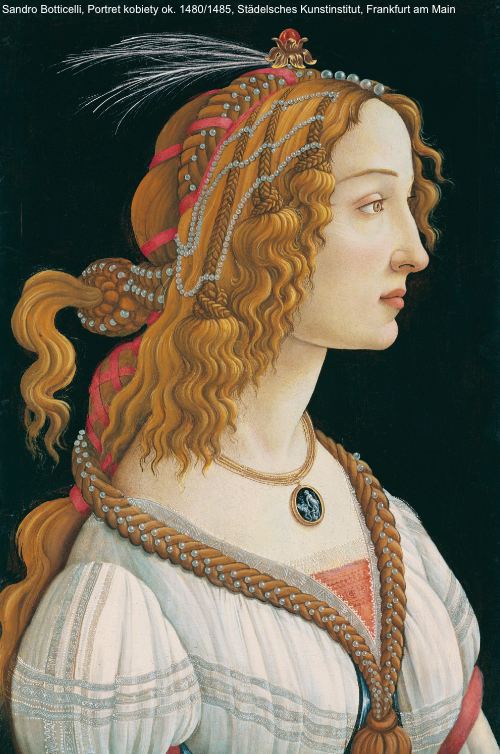 Simonetta is said to have been the most beautiful lady in Florence: the muse of the artists and the inspiration of the poets. She was born in Genoa in 1453 as Simonetta Cattaneo and at the age of 16 she married Marco Vespucci. She came to Florence with her husband and – according to the legend – the great Medici brothers, Lorenzo and Giuliano, have fallen in love with her. In 1475 Giuliano have won the joust and apparently he did it in Simonetta’s honour.

The beauty is immortal and it does not grow old. Simonetta did not grow old either: she died on 26th April 1476, at the age of 23. Interestingly, Guliano de’Medici was murdered also on April 26th, but two years later. That coincidence of course heightened the appeal of their “tragic love story”. 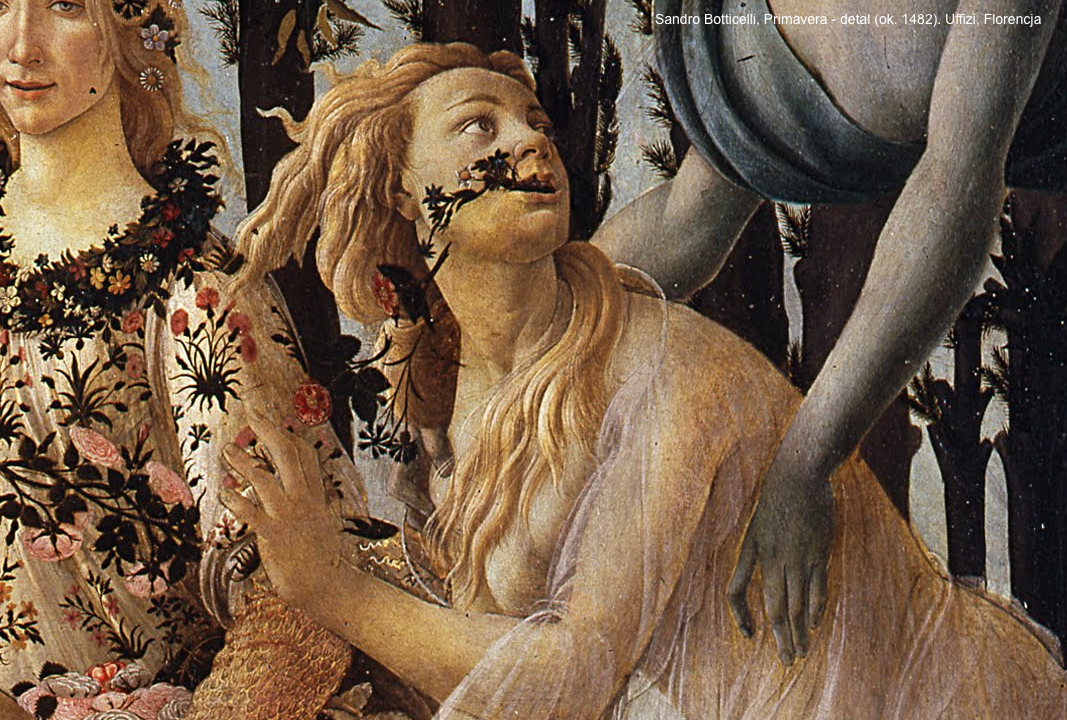 And finally we get to Botticelli: his works that may depict Simonetta were actually completed many years after her death. The legend claims that Botticelli also loved Simonetta and there was a suggestion that this was the reason why he wanted to be buried in the Ognissanti church (the same church that Simonetta was buried in). In fact, the Ognissanti church was a traditional burial place of Botticelli’s family, so it had nothing to do with Simonetta. The other issue is the fact that Botticelli never got married: because of that some scholars assumed that his heart must have been broken, while the others see it as a proof of Botticelli’s homosexual preferences. 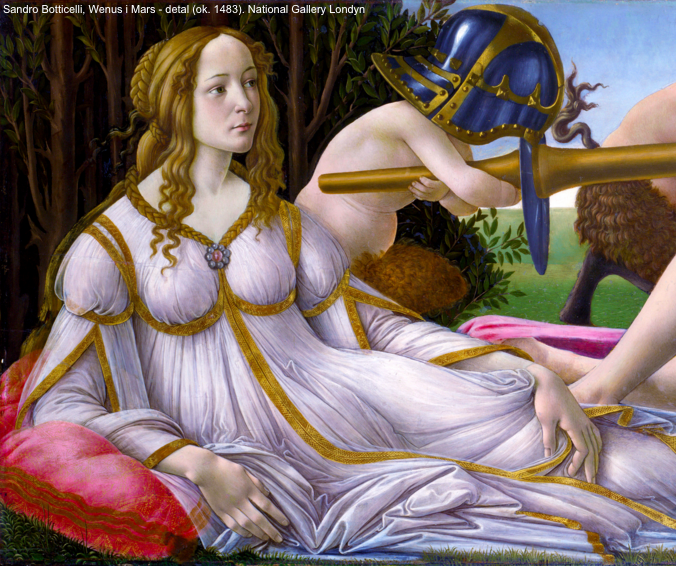 We will probably never know if Botticelli indeed had a broken heart and if he was unhappily in love with Simonetta Vespucci. We may notice though that he was indeed not very successful in some aspects his personal life. For example, his name has never became well-known: because, in fact, he was not called “Botticelli”! His real name was Alessandro Filipepi and it is not certain why exactly he was nicknamed “Botticelli” by his contemporaries. One theory says that it came from “battigello” meaning a gold pounder (which may refer to Botticelli’s early occupation or the fact that one of his brothers was a goldsmith). But there is also another theory about the nickname’s origin: in fact, Sandro’s older brother Giovanni was called “Botticello”, which means “a barrel”, probably because of his posture. As a result, Giovanni’s younger brother Sandro was called “Botticelli”, that is “a little barrel”. Think about that: one of the most famous renaissance painters is known only by the nickname, which was caused by the fact that his brother was fat! 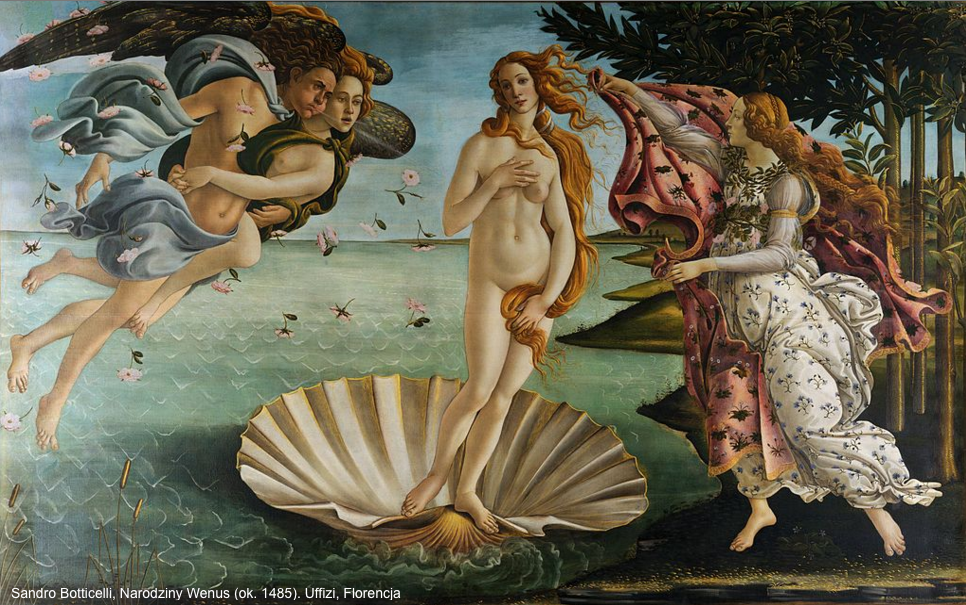 If you are interested in the legend of Simonetta Vespucci, check out the PhD dissertation by Judith Allan: “Simonetta Cattaneo Vespucci: Beauty, Politics, Literature and Art in Early Renaissance Florence” (University of Birmingham, 2014), available at academia.edu.