Wise Men who followed a star 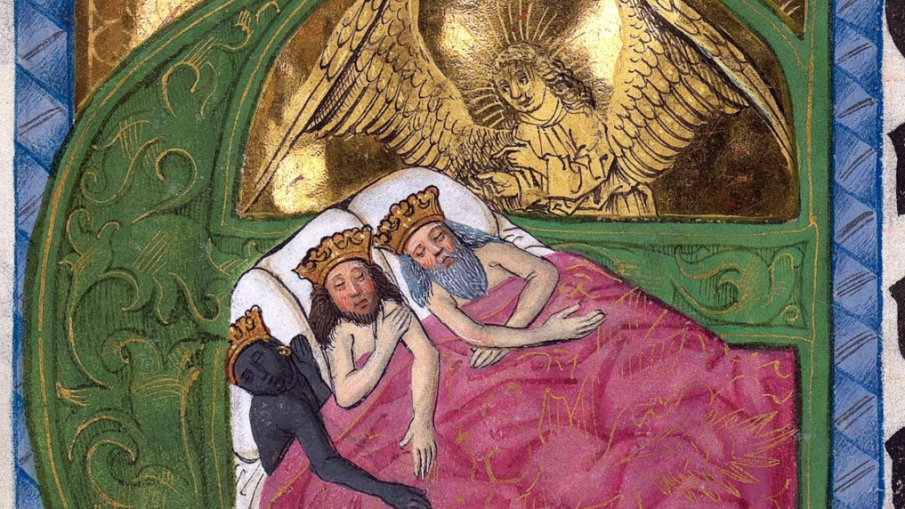 Adoration of the Magi, also called “the Three Kings”, is one of the most popular subjects in the Christian art, but it is actually not very well documented in the Bible. It is based only on one fragment of the Gospel of Matthew (2:1-12):

In the time of King Herod, after Jesus was born in Bethlehem of Judea, wise men from the East came to Jerusalem, asking, “Where is the child who has been born king of the Jews? For we observed his star at its rising, and have come to pay him homage.”

And then, a bit later:

On entering the house, they saw the child with Mary his mother; and they knelt down and paid him homage. Then, opening their treasure chests, they offered him gifts of gold, frankincense, and myrrh.

So, first of all, there is no mention about any “kings”, and second of all: the Gospel does not say that they were in the number of three!

Obviously, this subject was soon further described by the Apocrypha (the Protoevangelium of James, the Gospel of Pseudo-Matthew, the Arabic Infancy Gospel), and it was assumed that there were three wise men, as they were supposed to bring three gifts. Wisdom is not something that necessarily comes with the fortune; it seemed most likely that each of them could only afford one of the gifts. At first the Magi were identified as Persian astrologers, who recognised a star predicting the birth of Messiah. That is why in the Early-Christian art they were depicted as wearing phrygian caps, associated in antiquity with peoples of the East. One of the most famous examples is a 6th century (but partially reconstructed) mosaic in Sant’ Apollinare Nuovo (Ravenna, Italy). The wise men, who are also the magi, are wearing red phrygian caps: have you ever suspected that Papa Smurf is rooted in the Early-Christian culture? 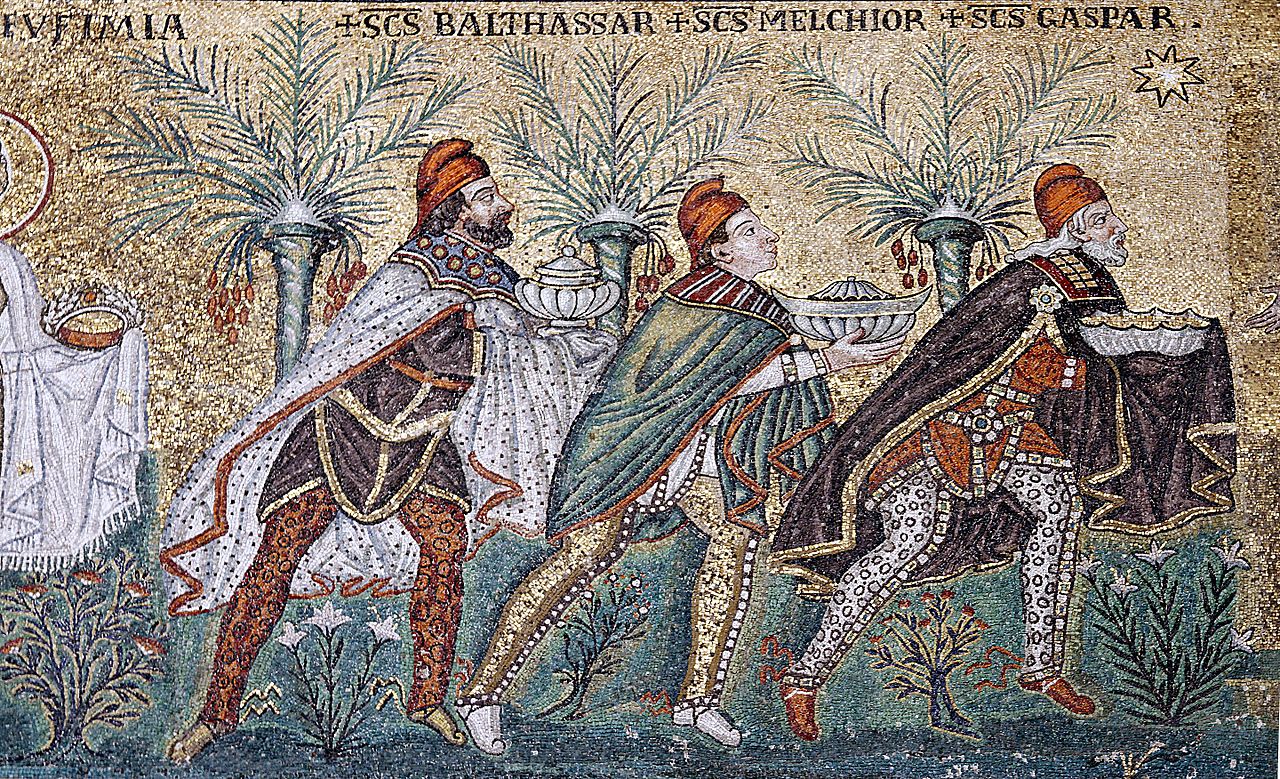 Anyway, in the Middle Ages the Wise Men turned into the Three Kings. It was partly because of the association with the Psalm 72, which refers to the Messiah:

May the kings of Tarshish and of the isles render him tribute, may the kings of Sheba and Seba bring gifts. May all kings fall down before him, all nations give him service.

Eventually, the legends created the story about three saint Kings: Gaspar, Balthassar, and Melchior, who were baptised by Saint Thomas the Apostle and became Christian martyrs. Their relics are in Cologne since the 12th century: they were brought there from Milan, where they were said to have been moved in the 4th century from Constantinople. Three corpses not only fit in their number to the three gifts, but also may be associated with other symbolical concepts. The Epiphany is the moment when the Messiah presented himself to the world; the Three Kings thus represent three ages of a man (youth, adulthood and old age), as well as the three continents known in the Middle Ages (Africa, Asia and Europe). That is why the Magi were depicted as three men of various ages, and from the late Middle Ages the youngest of them was a Negro, as he was the one representing Africa. 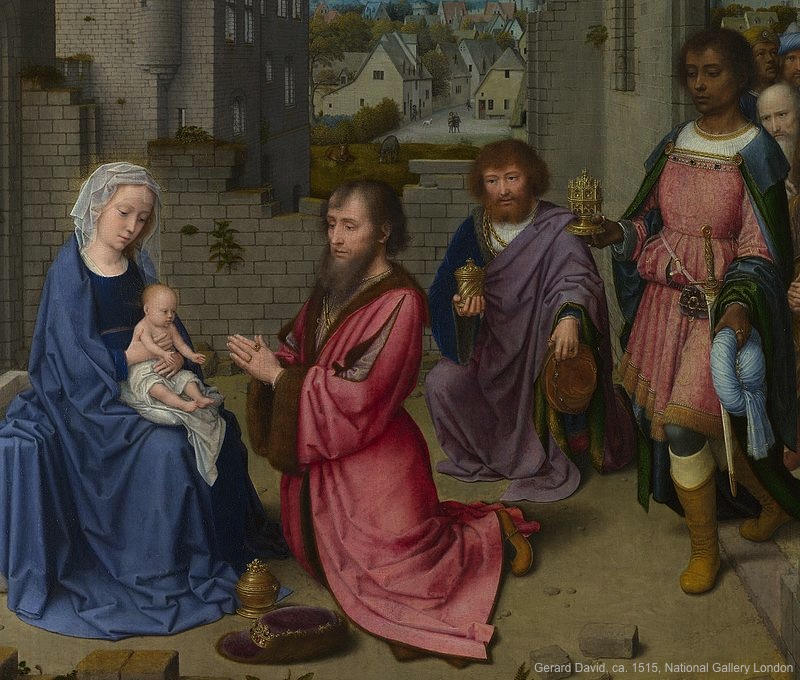 And finally it must be noticed that in the medieval art the Magi were often depicted as sleeping: together, in one bed, under one blanket! 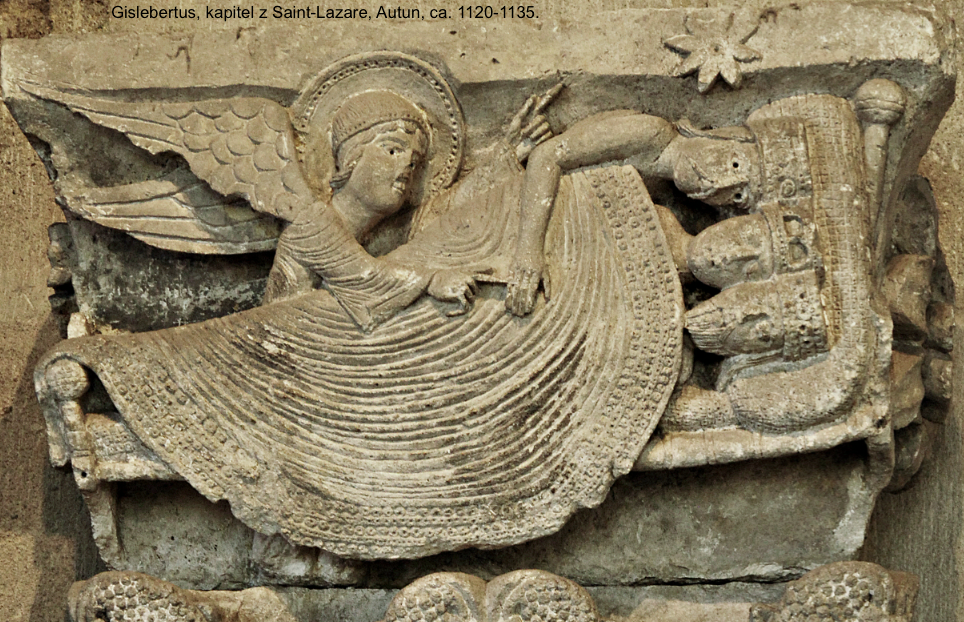 Those images refer to one particular sentence from the Gospel: And having been warned in a dream not to return to Herod, they left for their own country by another path. The point was that the Magi promised Herod to let him know where the Messiah was, but they were warned by the angel not to do that. That warning “in a dream” was often illustrated in the medieval art; well, perhaps on their way the kings had to spent the night somewhere where there was only one bed…? But anyway, for the nowadays viewer it may seem a little weird: they sleep with their crowns on, but without any clothes. It is almost as if the angel was reprimanding them rather than warning.

Well, it is always a good idea to enjoy holidays by taking the clothes off and staying in bed, perhaps with some nice company. Isn’t it a great way to celebrate the Twelfth Night of Christmas? 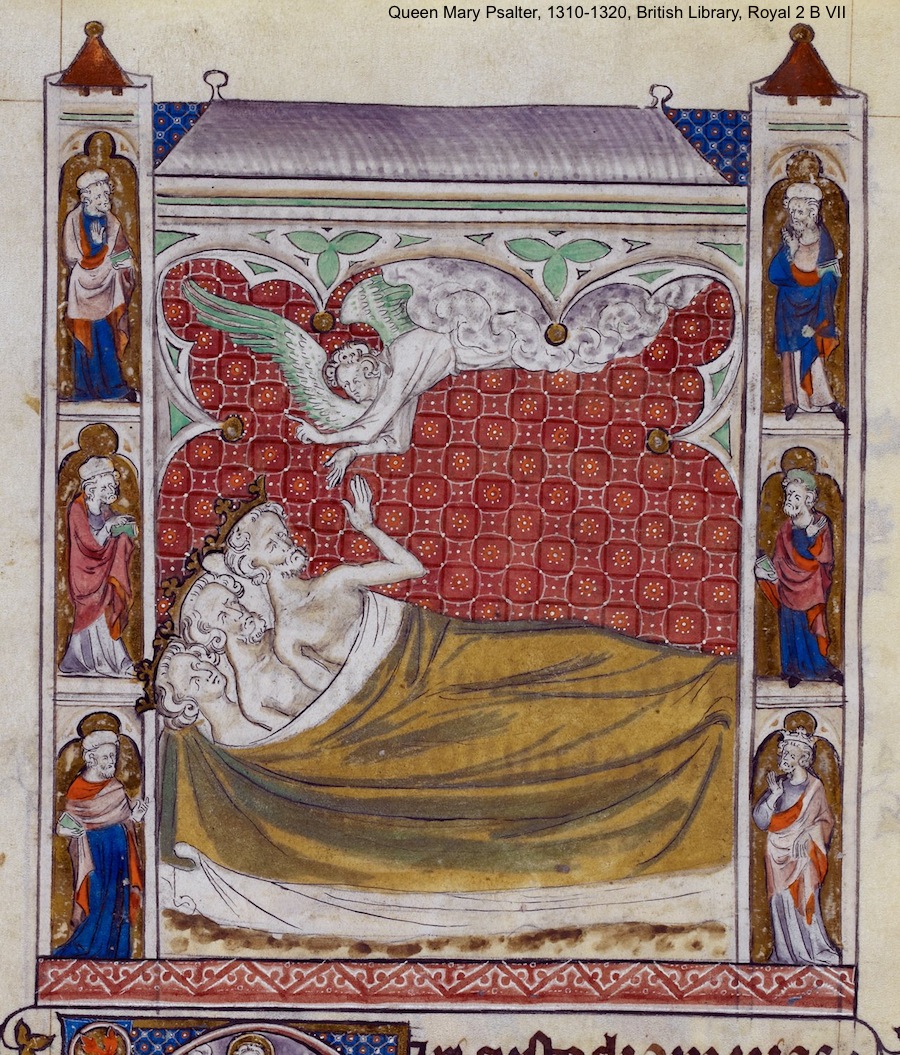