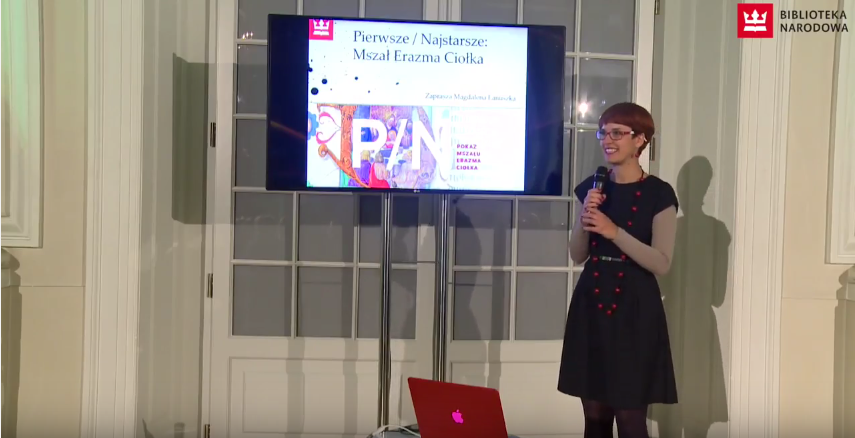 On October 22nd I had a pleasure to present a lecture on the Missal of Erazm Ciołek, dating back to the early 16th century. It was in the National Library in Warsaw, on the occasion of the exhibition of that manuscript, as a part of a cycle The First/The Oldest.

The First / The Oldest is a cycle of exhibitions on the occasion of the 1050. anniversary of the Baptism of Poland. It is a monthly event of displaying the oldest manuscripts of the collection of Polish National Library in Warsaw.

The lecture has been recorded and is now available on line: