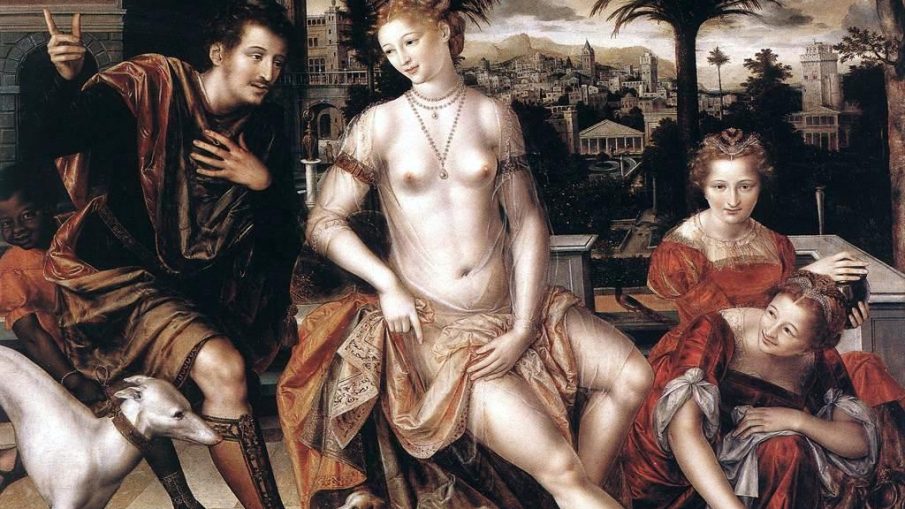 Leonard Cohen died at the age of 82, just a few weeks after releasing his wonderful album “You Want It Darker”. All around the world people keep quoting one of his most popular songs, that is: “Hallelujah”. It is in fact a very interesting text as a reference to art, as it mentions the Biblical King David. This starts already at the beginning of the text:

Now I’ve heard there was a secret chord

That David played, and it pleased the Lord

But you don’t really care for music, do you?

The fourth, the fifth

The minor fall, the major lift

David was a poet and a musician; according to the tradition he was supposed to be the author of the Psalms. There is even an information in the Book of Samuel that David’s musical skills were enough to chase away the evil spirit that was troubling king Saul (“And whenever the spirit from God came over Saul, David would take a harp and play; Saul would then be soothed; it would do him good, and the evil spirit would leave him.” – 1 Samuel, 16:23). Many medieval Psalters were decorated with the images of King David playing various instruments. 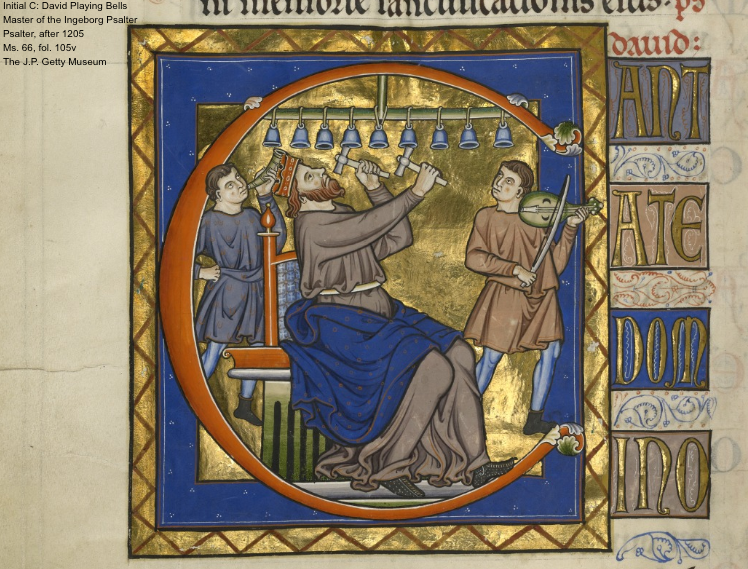 Obviously, David is an important Biblical hero, also as an ancestor of Christ himself. But even the good king David made a mistake once. David’s sin was quite a popular subject matter for the European artists of various centuries, mainly because of its erotical qualities. I am now talking about the affair of David and Bathsheba.

And there we have it, in the next lines of Cohen’s “Hallelujah”:

Your faith was strong but you needed proof

You saw her bathing on the roof

Her beauty and the moonlight overthrew you 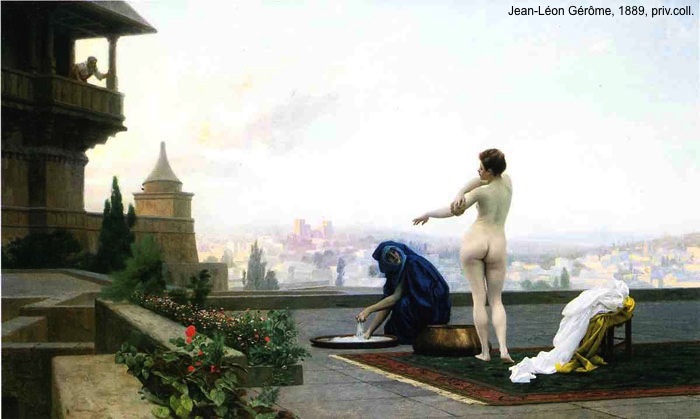 David spotted beautiful Bathsheba when she was taking her bath – he saw her from his palace and immediately decided that he had to have her. He new that she was a wife of a soldier, Uriah the Hittite, nevertheless he had her fetched. Of course she came: you do not say “no” to the king. It seems that David rather ordered Bathsheba to come than seduced her, but anyway he could have wooed her by singing (that usually works!). There is a beautiful thirteenth century tympanum in St Hedvigis and St Bartholomew church in Trzebnica (Silesia, Poland), showing king David giving a private concert to Bathsheba sitting in front of him. There is no doubt about the characters’ identification, as they are both inscribed with their names. 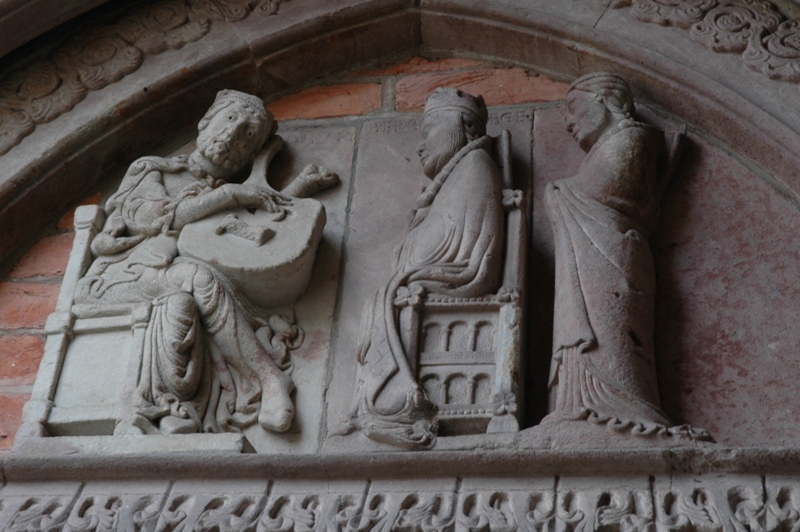 Anyway, however he did it, it was done. And that could have been the end of the story, but sadly Bathsheba got pregnant.

The problem was that adultery was supposed to be punished with death sentence. Unfortunately, Uriah was at the front at that time, fighting; so everyone would know that it was not his baby. At first David came up with quite a simple solution: he summoned Uriah to come back from the war, so the soldier could spend some time with his wife. Later on he would be convinced that it was in fact his child, only born a little too early… Unfortunately, Uriah refused to meet his wife, as the religious law required from the warriors to abstain from sex during the campaign. Finally David decided to take drastic actions: he ordered his commanding officer to make sure that Uriah would die in the next battle. After it happened, David married Bathsheba and was able to acknowledge the child. And that was actually the sin of David: not so much having an affair with a married woman, but rather sending her husband to death.

Of course, God got very disappointed with David’s behavior. He sent the prophet Natan to confront David about the murder. Natan told the king a story about a rich man, who owned many sheep, but decided to take the only lamb from a poor man. That was a metaphor: rich man was David, and poor man whose only lamb was taken was Uriah. David understood that and realised that he made a terrible thing. He regretted, and expressed remorse over his sin. That is when he was supposed to write the Penitential Psalms. 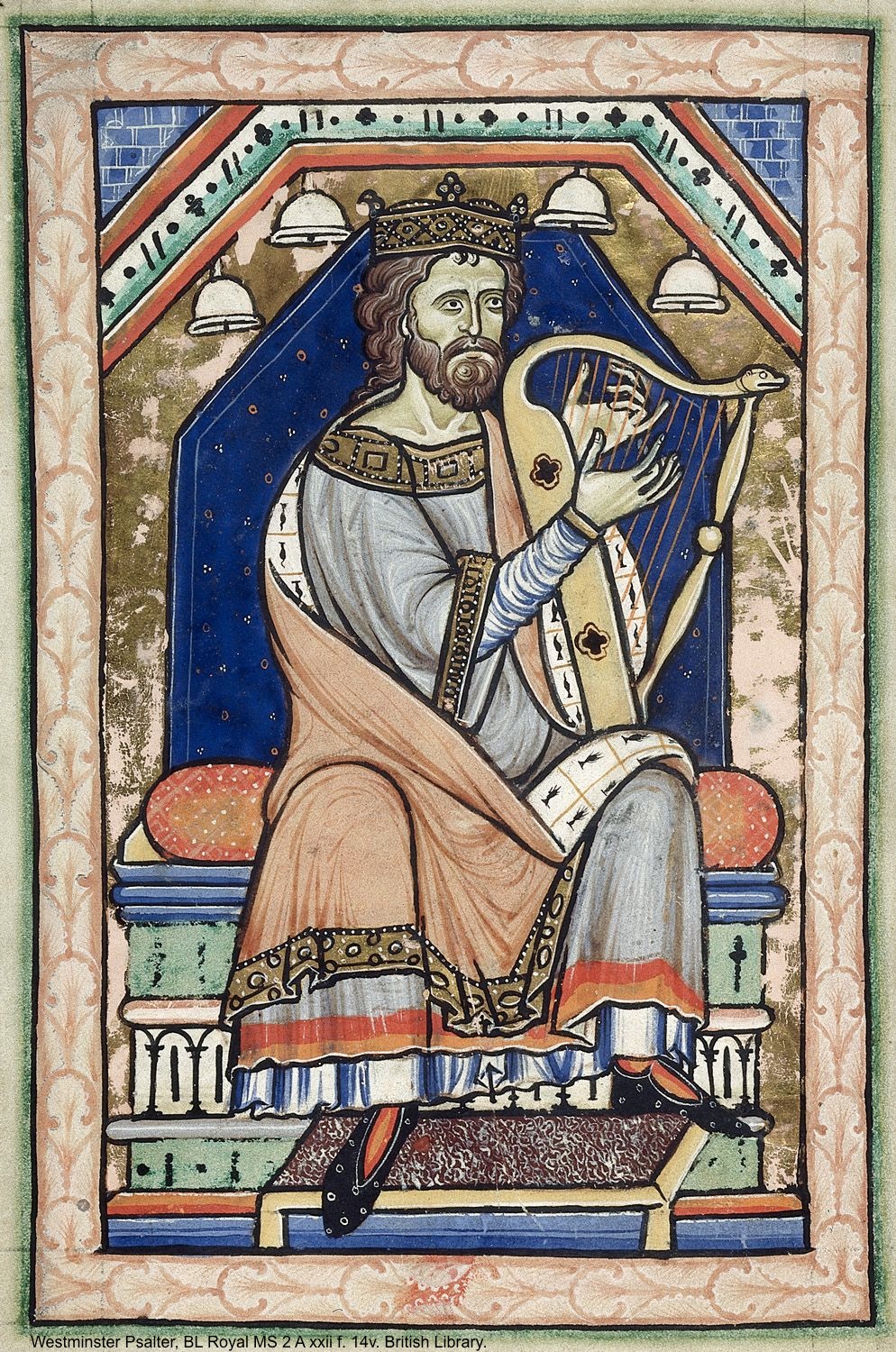 A child born by Bathsheba died; but that was actually a sign that God accepted David’s remorse. Bathsheba remained king’s wife and gave birth to another three sons. One of them was future king Solomon, famous for his wisdom. After all, it is hard to define the whole story as something entirely bad; although nothing good should ever come out of sin. Unless our mistakes are also a part of the divine plan… well, it seems that at this point I may finish this post by quoting another lines from Cohen’s “Hallelujah”:

It all went wrong

I’ll stand before the Lord of Song

With nothing on my tongue but Hallelujah