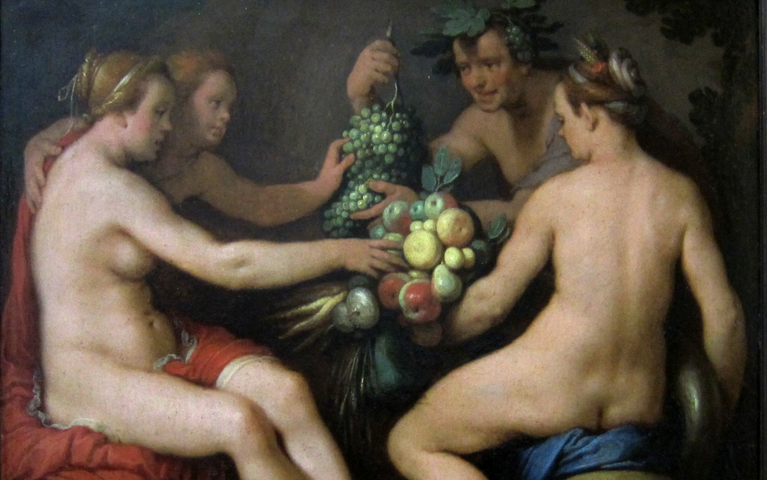 And so it’s September again, that is the time of the grape harvest. I will again write about wine in art, but this time it will not be related to the Biblical stories (previously I wrote about Noah and Lot). Today I am going to focus on the ancient mythology – but not on the Bacchanalia (that has been discussed earlier), but on Venus, who was a goddess associated with wine. 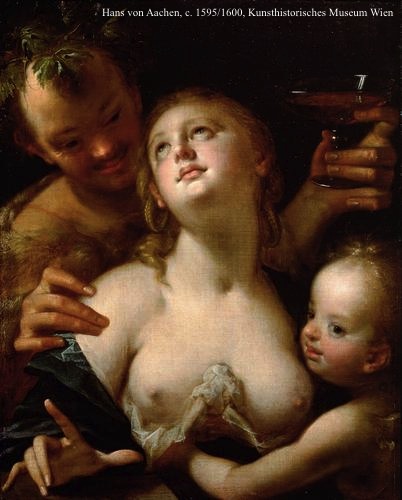 Ancient Romans celebrated feast called Vinalia twice every year (in April and in August). Those festivals were dedicated to wine, and shared by Venus as patron of “profane” wine for everyday use, and Jupiter as patron of the sacrificial wine. The ancient Greeks connected Aphrodite with wine too; as Euripides wrote: “where there’s no wine, there’s no love”. 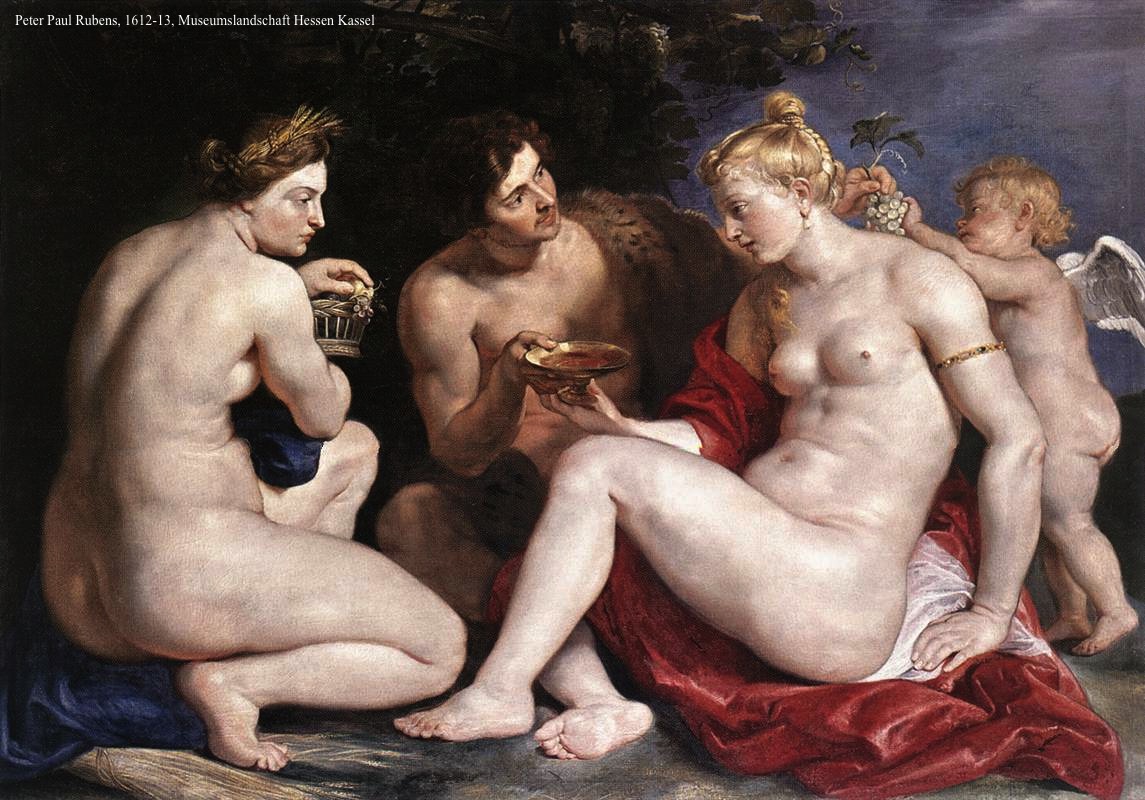 Another saying popular among ancient poets was “wine is the milk of Venus”. That subject was popular in early-modern art; a good example is a 17th century painting by Nicolaes Knüpfer, sold at Christie’s in London in 2010. Naked Venus is depicted here standing next to the wine barrel; Bacchus is sitting on that barrel and squeezing the goddess’ breast:

However, there was another saying popular on this subject; it was a quotation from the Roman comedian Terence: “sine Cerere et Baccho friget Venus”, meaning “without Ceres and Bacchus, Venus freezes”. That subject was especially popular in the art of Mannerism and Baroque; usually depicted as the portraits of Ceres, Bacchus, and Venus, sometimes accompanied by Amor. 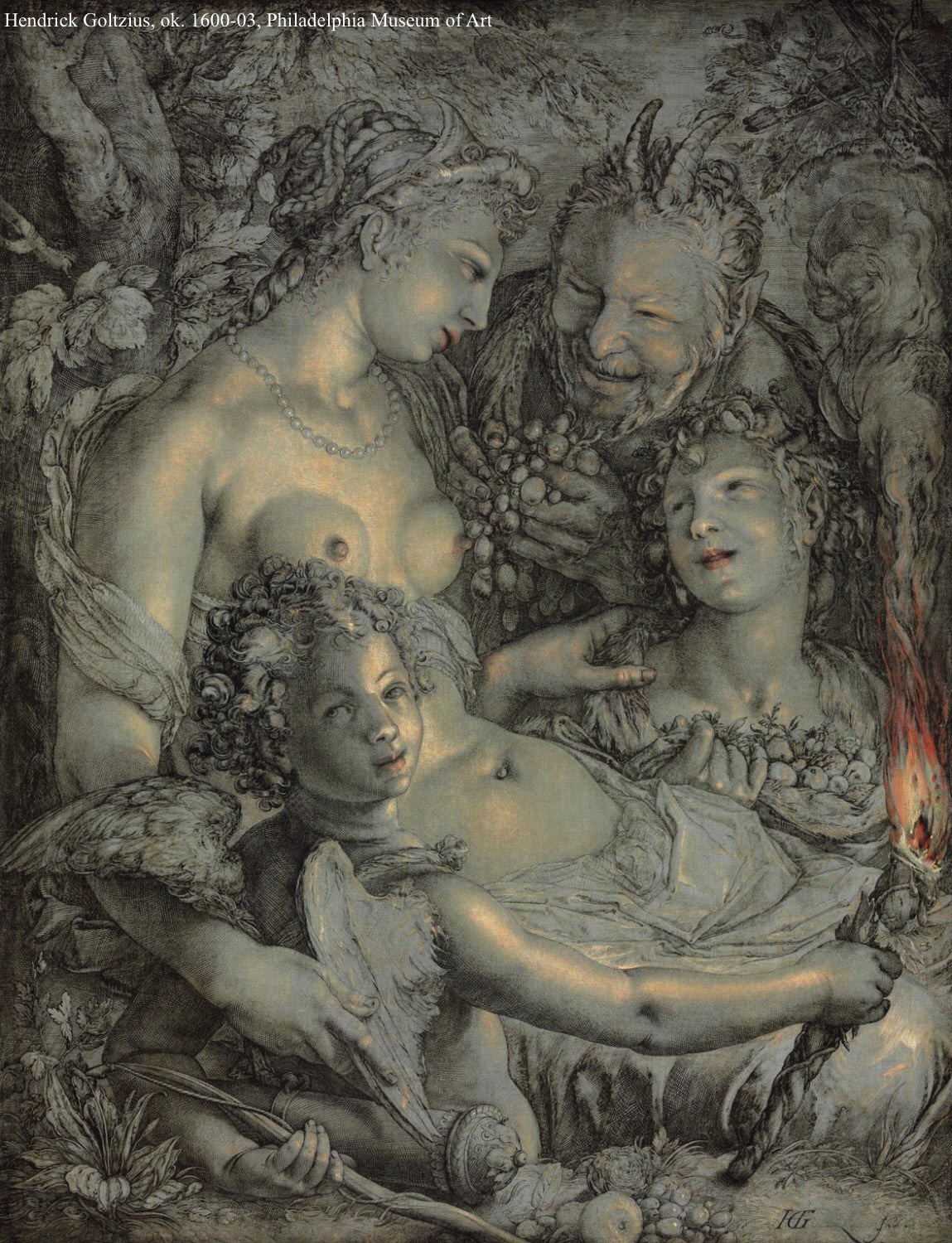 What is the meaning of that group? Venus is a goddess of love, and Bacchus is of course a god of wine. Ceres was a goddess of agriculture and grain crops; her attributes were fruits and vegetables, representing the fertility of the Earth. All together the phrase in question may be explained as “without food and drink there is no love”. 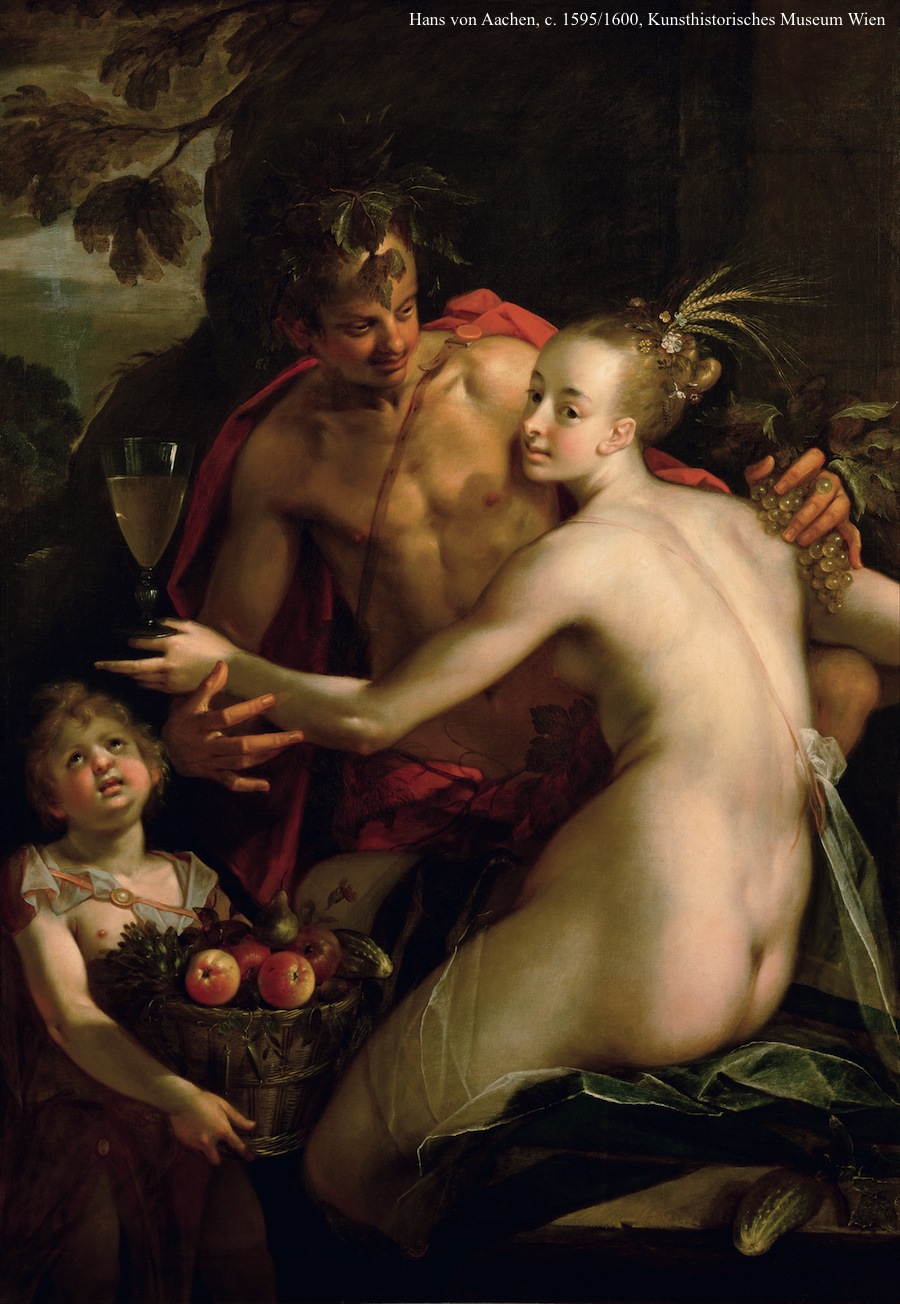 And so, the old paintings turned out to carry a very up-to-date meaning! As the Americans say: A Girl’s Gotta Eat. Obviously, dating rules did not change since the ancient times: if you don’t buy a good dinner, you end up with no dessert.