Illustrated Bible (not) for children 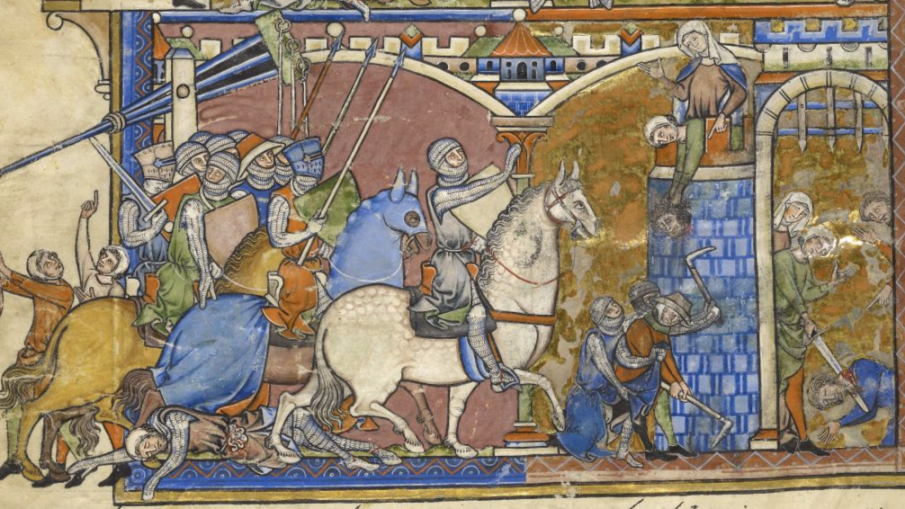 There was a very interesting article published recently (by dr. Deborah Ellen Thorpe) about the children’s drawings found on the margins of a 14th century manuscript. That raised a question of the relations between children and medieval manuscripts. It seems that the books in the Middle Ages were too expensive and luxurious items to be given to the children; but on the other hand richly decorated texts must have been interesting for the kids, who always enjoy illustrated books. At least the kings could have afforded having some books commissioned for their children, and that may have been the case of the most richly illustrated Bibles of the 13th century. Today I would like to tell you about such a Bible. 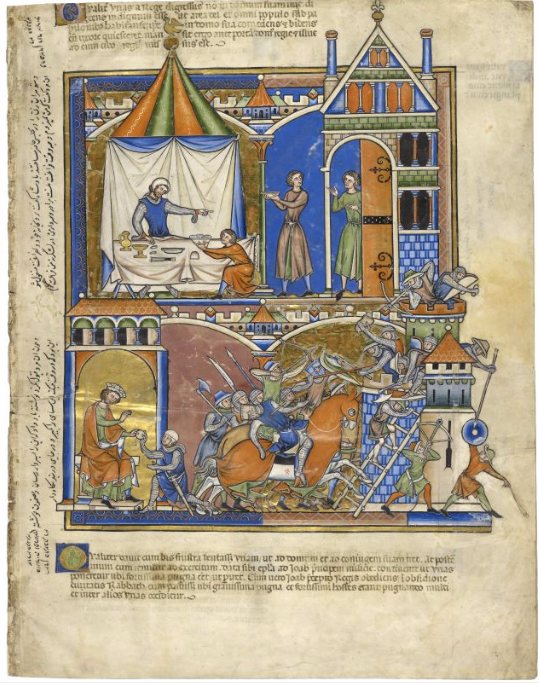 The Morgan Bible (or Maciejowski Bible) is also called the Crusader Bible. It is actually the Old Testament, and to be more specific: some fragments from the Books of Genesis, Exodus, Joshua, Judges, Ruth and Samuel. It is all together couple hundreds of scenes, in large part from the story of David, illustrated at over 40 leaves. Most of the book is now in the Morgan Library & Museum (Ms. M.638), two folios are in Bibliothèque nationale de France in Paris (MS. Nouv. Acq. Lat. 2294), one in J. Paul Getty Museum in Los Angeles (83.MA.55), and two others are missing.

The manuscript was created either in Paris or in the Northern France, probably before 1250; it is possible that it was commissioned by Saint Louis IX, king of France. Could it have been a present for the king’s eldest son, born in 1243? Well, we don’t know that, but it was surely quite an extraordinary commission. All the illustrations depict the Biblical kings and warriors as the thirteenth century crusaders! The clothes, the weapons and the machines depicted in this manuscript could not have been painted by a monk. That looks like a job done by a soldier, very much familiar with the war in the 13th century. 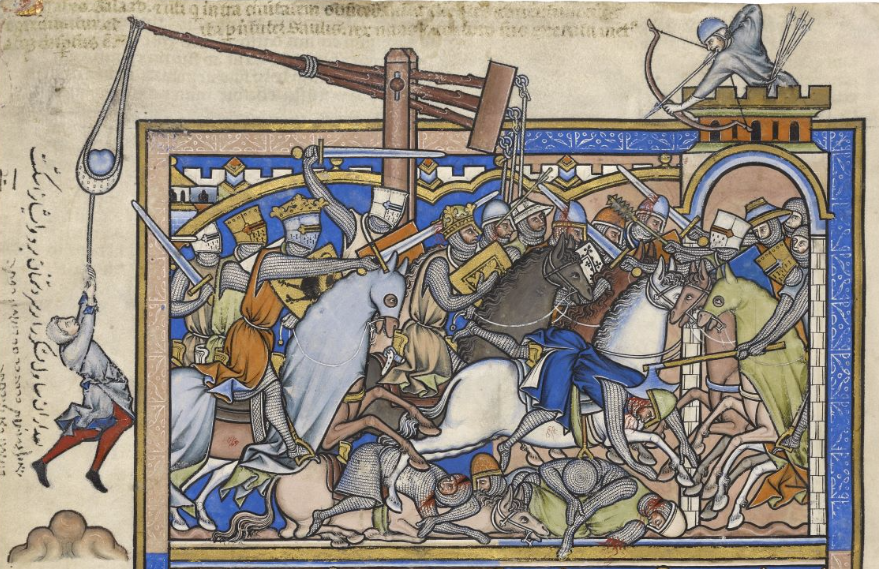 Today the Crusader Bible is one of the most important iconographic sources for the research on the 13th century military history. By the way, it seems that all those armors and helmets were not a very good protection in the battle after all… 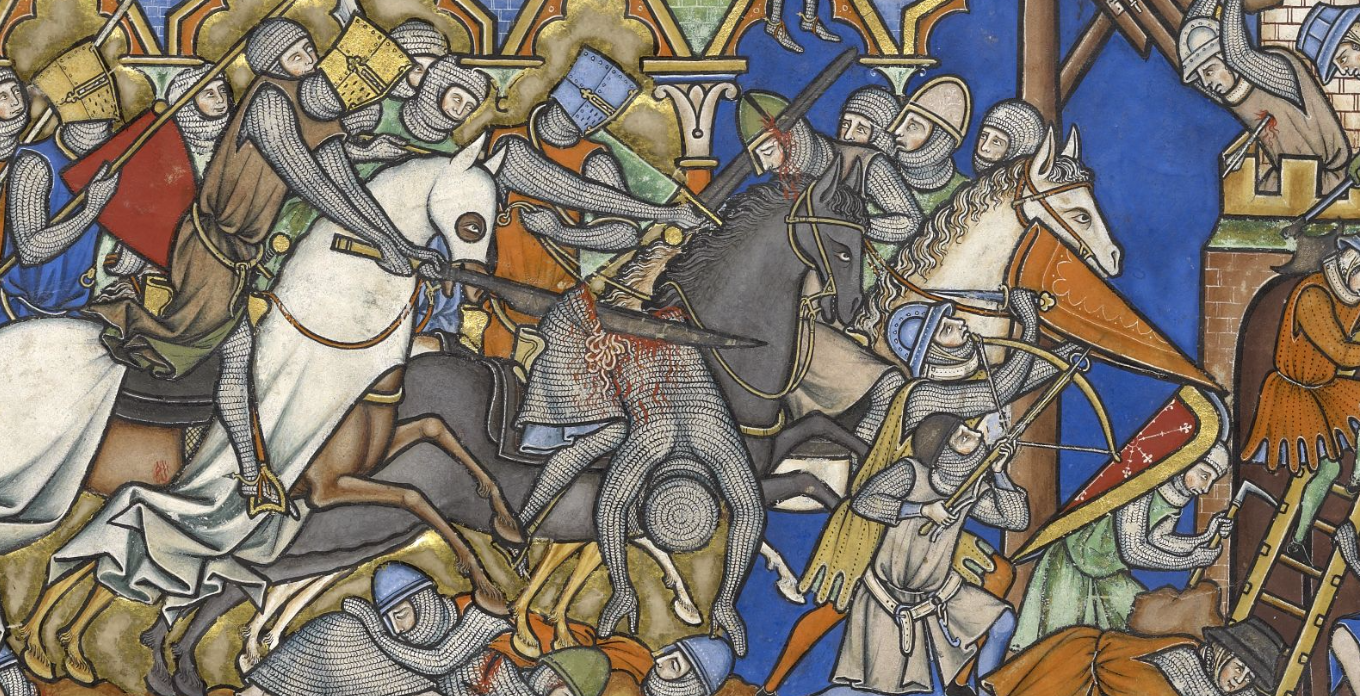 On the other hand, not only the knights fought – we can also see the pictures of other troops in the battle. 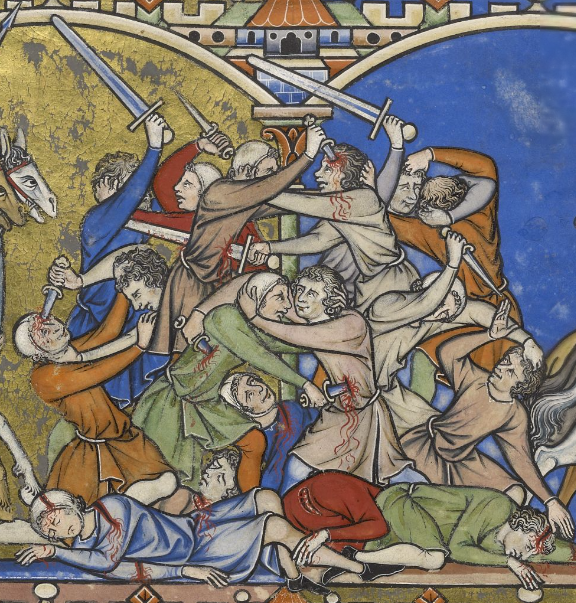 Also, we may find here some depictions of everyday work in the fields… 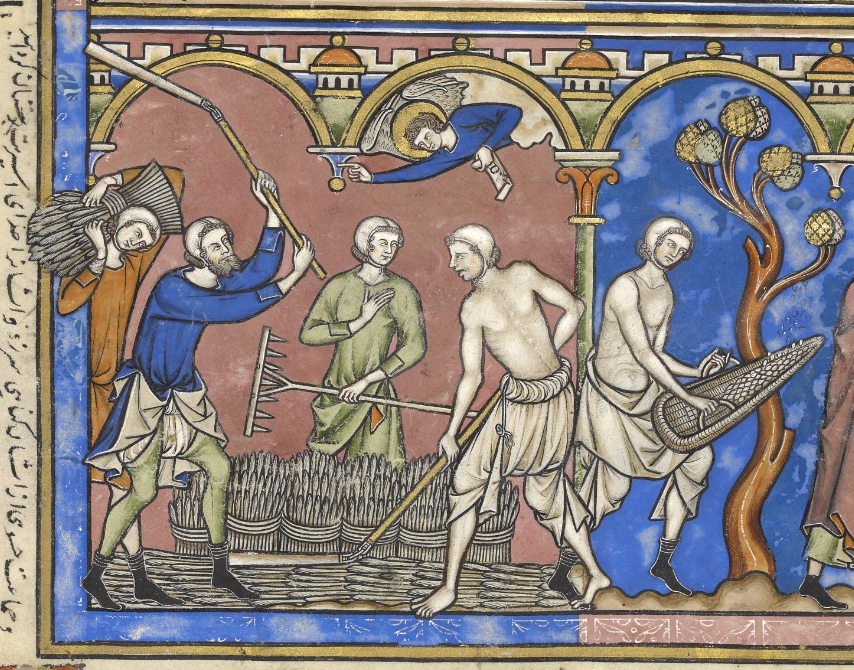 ….and of some other activities; for example, there is a nice image of women making music to celebrate the victory of David over Goliath. 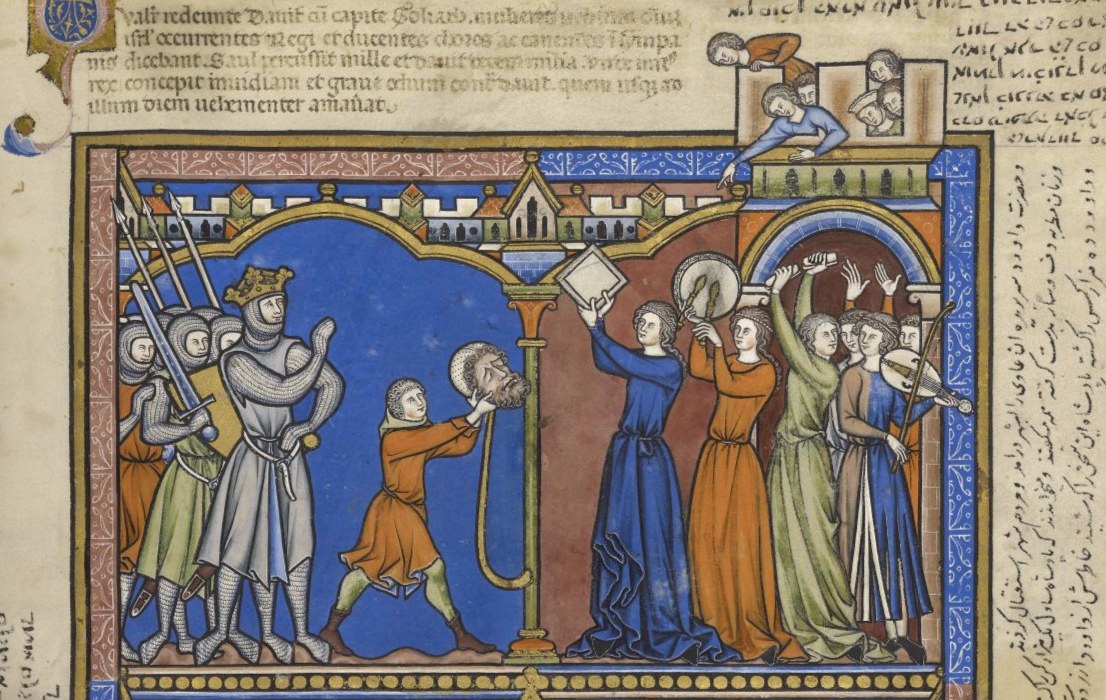 And of course there is a romance: here you can see king David, who saw Bathsheba bathing and took her to be his mistress. 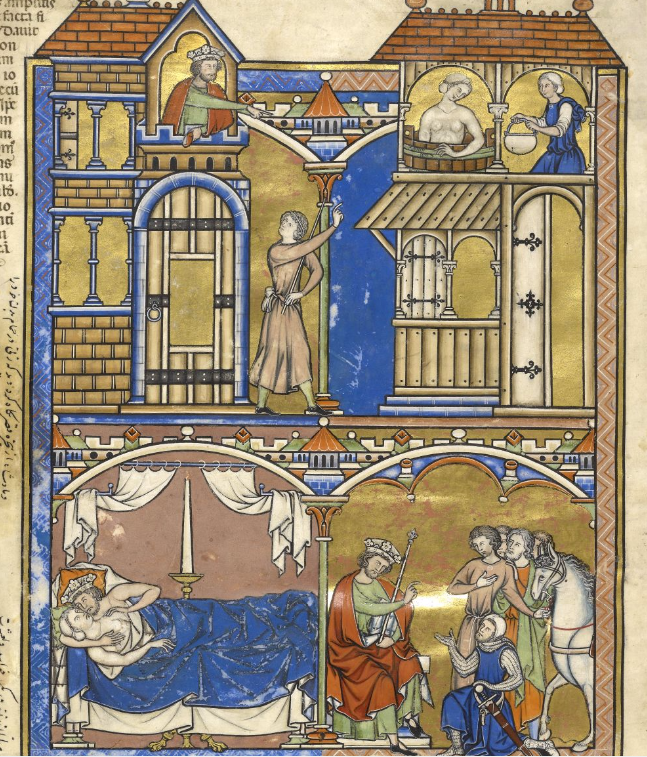 The most interesting thing is that originally this Bible was not supposed to have any text at all. It was going to be images only! The captions that we may now see were added later, and they show an amazing history of this manuscript. Basic captions were added in the 14th century, most likely in Italy. We don’t know what happened to the book in the following centuries; only that in the 17th century it was in possession of the bishop of Cracow, Bernard Maciejowski. That is the part I really hate – I can’t believe that we had such a manuscript here in Cracow and let it go! Bishop Maciejowski actually gave the book away – as a present! And he gave it to the Shah of Persia, Abbas I! It was in 1608 and the Shah ordered to add Persian inscriptions to each page. In the 18th century, as we may assume from another inscriptions, the Bible was in possession of Persian Jews. In the 19th century the book was in the British art market, and finally it was acquired by John Pierpont Morgan in 1916. 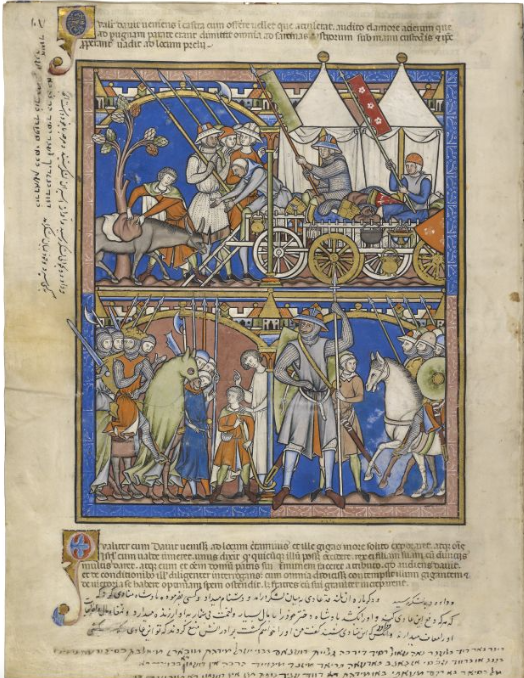 Getting back to the problem of children: Shah Abbas I may actually have presented this Bible to his own sons. He ordered two leaves from it to be removed: the ones containing the story of Absalom, which was considered by the Shah very dangerous, as it referred to the rebellion of a son against his father. Abbas I had actually quite an issue on this subject: he was very much afraid that his own sons would like to overthrow him. Some time later he got so obsessed about this idea that he decided to have his eldest son assassinated and the other two blinded. Well, I guess after that he did not give them any more illustrated books.

To learn more on this amazing manuscript, check out the website http://www.themorgan.org/collection/Crusader-Bible