Home » Blog » They wanted to be trodden on
Mon18

They wanted to be trodden on

Not many many Romanesque pieces of art survived in Poland, but there are a few and some of them are quite unique. An extraordinary one is for example so called Slab of Orants from the Collegiate church in Wiślica. 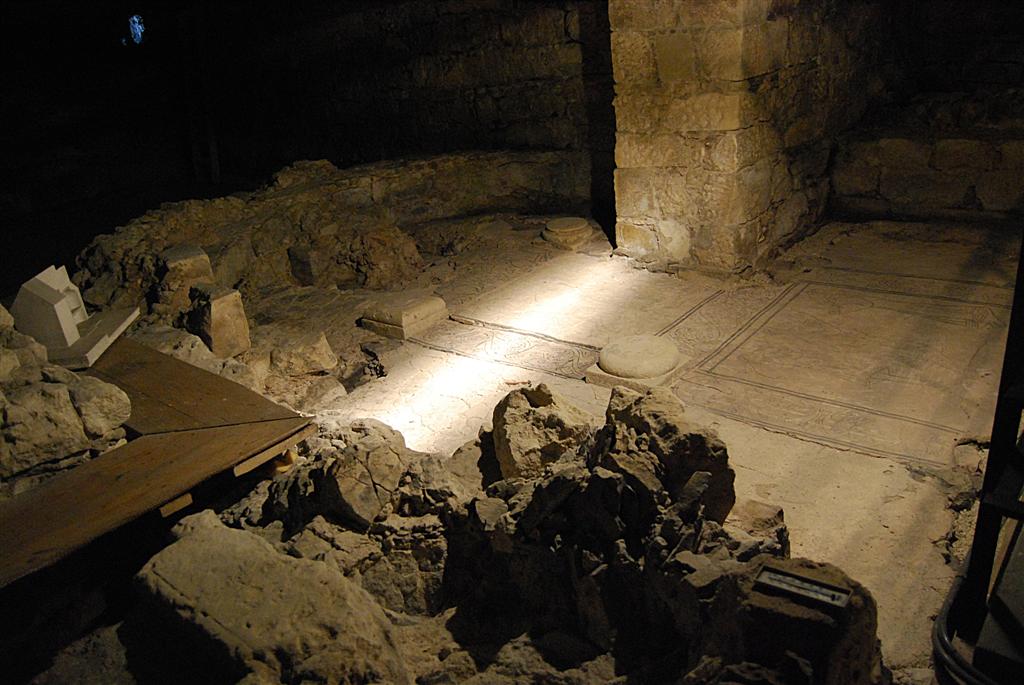 It is a plaster floor, decorated with engraved drawing filled with dark substance – the technique resembles niello decoration. The floor was discovered in 1959 in the burial crypt of the first Romanesque church built in Wiślica in the 1170s. A survived fragment of the floor is decorated with the images of praying people, surrounded by the beautiful Romanesque border with lions and fantastic creatures. It is considered an example of Romanesque art unique on a worldwide scale.

The identification of the people depicted in the slab is uncertain. Most likely they are the donors of the church and their family. In the twelfth and thirteenth centuries Poland was fragmented into principalities ruled by rival scions of the Piast dynasty; Wiślica was in the Duchy of Sandomierz, ruled by Henry of Sandomierz. He never got married and had no legitimate children; after he was killed in the battle in 1166, Wiślica was given to his youngest brother, Casimir II the Just. Under the reign of the Duke Casimir Wiślica became an important centre of culture and the Romanesque Collegiate church was completed.

As a result we may assume that the lower part of the Slab of Orants includes the depictions of Casimir II the Just (the man in the middle), his wife Helen of Znojmo (to the right) and their young son Bolesław, who, by the way, died a bit later (in the early 1180s) in an accident. Apparently he was crushed by the tree he cut himself. Luckily later Helen gave birth to two other sons, and they both managed to avoid winning the Darwin Awards.

In the upper part of the slab there are another three people: an older man, a clergyman and a boy. The man may be Henry of Sandomierz, a clergyman is probably someone from the Collegiate church, and the boy could be an older son of Casimir II the Just, also named Casimir, who died in his childhood in 1168. So both Duke Henry and boy Casimir would be here depicted posthumously – perhaps that is why their images are placed closer to the altar. 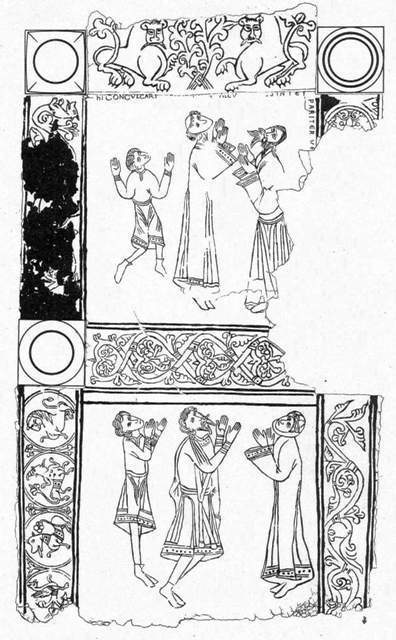 Additionally, the slab is inscribed – unfortunately only part of the text survived. It reads: Hi conculcari querunt ut in astra levari possint et pariter ve…, which may be translated as: These want to be trodden on here, so that they can be elevated to the stars in the future and at the same time… So what we have here is a declaration of humility that should lead to the salvation of the souls. It should be noted that the idea of being “elevated to the stars” seems to deriver from the Plato’s ideas, which proves that the court of Casimir II the Just was actually highly intellectual. The partition period was not a good time for Poland; nevertheless, it seems that the cultural development of the Polish ducal courts of the 12th century may have been much higher than it is commonly assumed, only because most of their artistic heritage did not survived until today.

It should be stressed that the wife of Casimir II the Just, Helen of Znojmo, was quite an extraordinary woman. It is very likely that she was responsible for the cultural rise of the court in Wiślica. She was a daughter of the Moravian Duke Conrad II and she grew up at the rich court in Znojmo. She knew very well from her home that the identity of the dynasty should be created also in the religious art (about that see the post on the frescoes from Znojmo, available HERE). Helen was described by the contemporary historian and the Bishop of Cracow Wincenty Kadłubek as a lady of a unique wisdom, much more clever than all the other women. It is very likely that the legend of Walgierz Wdały, possibly first created in Wiślica at the end of the 12th century, was actually written for her (however we now know it from the 13th century copy). It is rather an erotic story and today we would probably assume that it is suitable only for adult listeners. 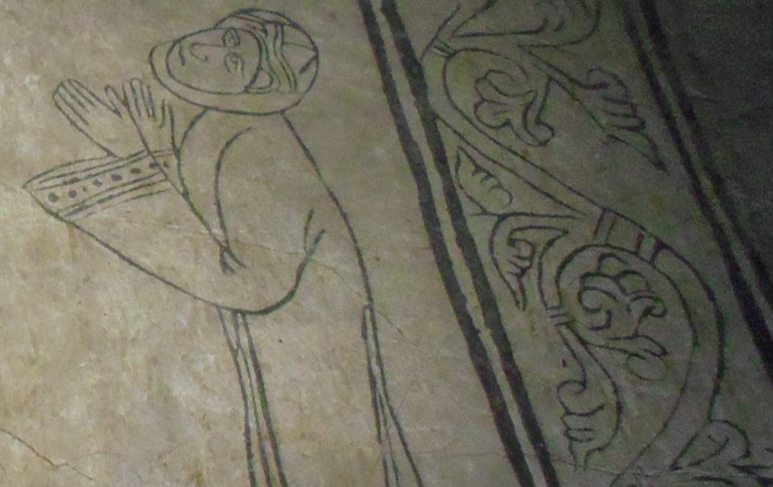 Walgierz (Walter) called Wdały (meaning Succesful or Strong) was the master of Tyniec estate near Cracow and a knight. The first part of the legend was based on the earlier stories of Walter of Aquitaine: he fell in love with beautiful Helgunda from the court of Franks and won her heart by singing under her balcony. But for us the most interesting is the second part of the legend, which takes place after Walgierz and Helgunda got married. There is another hero of that story: Wisław the Fair of Wiślica. He was a bad man (although handsome) and he was imprisoned by Walgierz. Unfortunately, as Walgierz took  his knightly duties rather seriously, Helgunda was often left alone in their castle. Eventually she got bored and decided to have some fun with a prisoner. She released him, became his mistress, and finally ran away with him to Wiślica. Of course when Walgierz came back home he pursued her, but he was caught in a trap by the lovers and imprisoned in Wiślica. At this point it gets kinky: apparently Helgunda had some serious issues with her husband… he was not simply imprisoned in the dungeon, but chained in the bedroom so he could watch his wife and her lover having sex every night.

Naturally, the sin must have been punished. Walgierz managed to seduce the ugly sister of Wisław by promising to marry her. She was so exited about that prospect that she gave him a sword and the keys to his chains so he could release himself whenever he wanted. He waited until the night came and when the lovers were having sex again he suddenly jumped out of the chains and killed them both with his sword. Unfortunately it seems that he did not marry the ugly girl after all, so basically nobody got the happy ending in this story.