Romanticism is one of the most important movements in the history of Polish culture. Nevertheless, in fact we did not have many painters that would be truly the representatives of theRomantic art: not only in the subject of their paintings but also in their style. Romantic painting is often described as opposed to the Classical painting; the former often uses narrow and dark palette, preferring painterly and even sketchy style. The painters of Romanticism (especially the French ones) liked the military subject matters, as well as horses, genre scenes and the motifs of uprisings. In Poland we had at least one artist who was a Romantic painter on a European scale, however unfortunately he was not entirely appreciated in the 19th century, and is not well-known even now outside Poland.  I am talking about Piotr Michałowski (1800-1855).

As a Romantic painter from Poland, Michałowski repeatedly focused on the legend of Napoleon. For the Poles Napoleon was – and still is – regarded as a hero, in contrary to what most of the rest of the Europe think about him. In fact, there is a reference to Napoleon in today’s Polish national anthem (!), and when a Pole says “oh, that was my Waterloo!” he means that he was very much defeated. In the 19th century Poland was not existing as a country in Europe anymore, as its lands were taken over by three occupants: Russia, Prussia and Austrian-Hungarian Empire. The Poles very much hoped that after beating those three, Napoleon would re-create Poland and give back the Poles their independence – so they fought alongside the French troops. Long after Napoleon was gone, his legend was still very much alive in the Polish romantic art and literature. 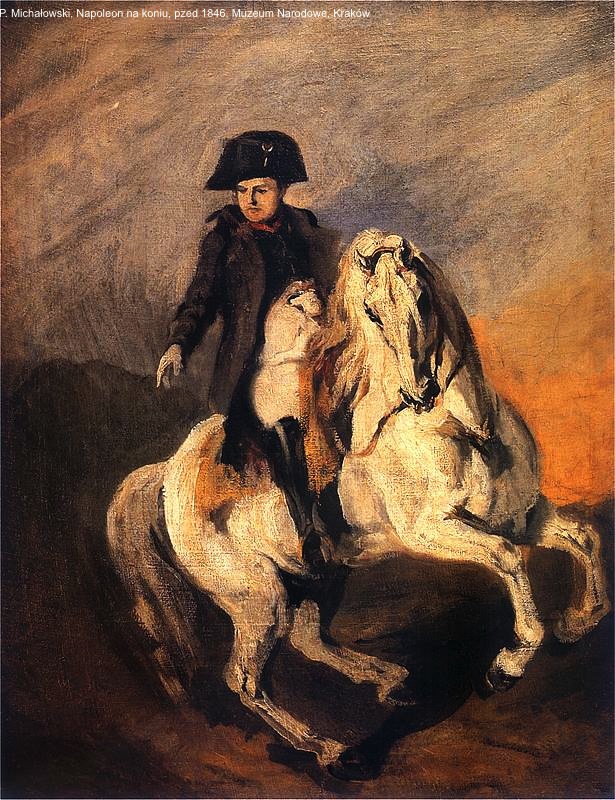 One of the Napoleonic themes that Piotr Michałowski kept coming back to was a famous Battle of Somosierra. The most well known painting of that subject is in the collection of the National Museum in Cracow, but there are other versions in the National Museum in Warsaw. They are amazing, sketchy compositions, depicting an unstoppable charge of horsemen riding in the clouds of dust. Let me tell you a bit about this particular battle.

In November 1808 Napoleon was on his way to Madrid, but he was stopped at the Somosierra mountain pass, which was very well defended by the Spanish artillery. The French tried to pass it, but they failed; in fact, General Montbrun actually said that the charge in this situation was impossible to be done. But then Napoleon thought about his Polish solidiers and that proved to be a very good idea. Polish chevaux-légers led by commander Jan Leon Kozietulski attacked the passage and it took them only 8 minutes to go through it and win, so the road to Madrid was opened. That is what the Poles do when it comes to the battle: go forward and never look back, no matter how many would be killed or wounded on the way. Allegedly Kozietulski encouraged his men shouting: “Naprzód, psiekrwie, cesarz patrzy!” (“Forward, sons of bitches, the Emperor is looking!”). Well, nothing appeals to us so well as the chance to show off. “What, you really think I can’t do it? Just hold my beer and watch!” 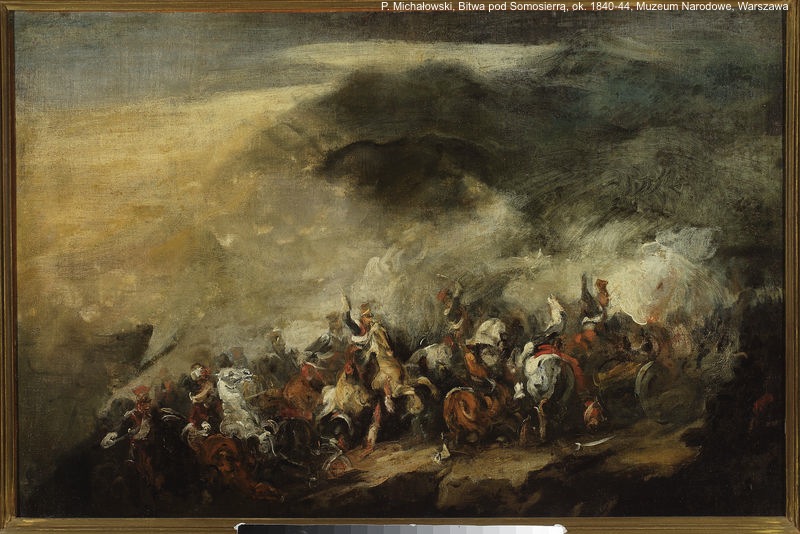 The “beer saying” is in fact quite appropriate in this case, as this particular battle is related to one of the anecdotes that refer to the origins of the French saying “Drunk as a Pole” (Soûl comme un Polonais). The French indeed use that phrase today, and according to one of the versions it originated with the charge of Somossierra, when one of the French generals (seeing the Poles attacking the passage) said: “one must be drunk to obey such an order!”. There is also another version that claims that the French were complaining to Napoleon about him letting the Poles in his army drink more alcohol than anyone else was allowed, and Napoleon was supposed to reply: “when you are able to fight as they do, you will be allowed to drink as much as they do”. 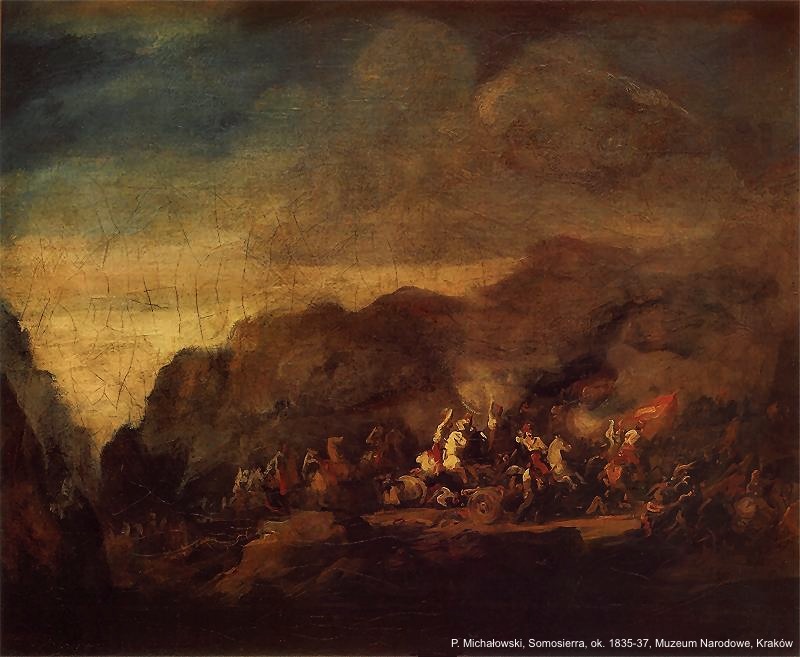 Unfortunately even if the Poles are indeed good at fighting and winning, they are not good at benefiting from their victories. The same thing happened in the case of Somosierra – only a few days later in the Bulletin of the Army the victory was ascribed to both French and Polish troops, and it was said to be achieved by the General Montbrun, who in fact did not take part in the charge at all. Also the Poles started to compete with each other; for example Wincenty Krasiński, who theoretically was a commander of those Polish soldiers, but in fact did not attend the battle, made a lot of effort to be regarded as a hero of that charge. He even commissioned a painting from a famous French painter Horace Vernet, depicting him leading the chevaux-légers to the victory. And what about the real heroes of that battle? Well, they probably felt very frustrated and went out for a drink.

And there is a song on the Michałowski’s “Somosierra” painting, by Jacek Kaczmarski: