Fired up to go to Poland

First of all it is important to stress that St Florian is one of the Patron Saints of the Kingdom of Poland, along with St Venceslaus, St Adalbertus and St Stanislaus. He may seem not to fit very well to that function as he was an Early-Christian martyr, killed in 304 AD, so he did not have a lot to do with Poland. He was a Roman soldier, although from the province of Noricum, which is nowadays’ Austria, so we may say he was somehow Central-European. But how did he get to be a Patron of Poland? 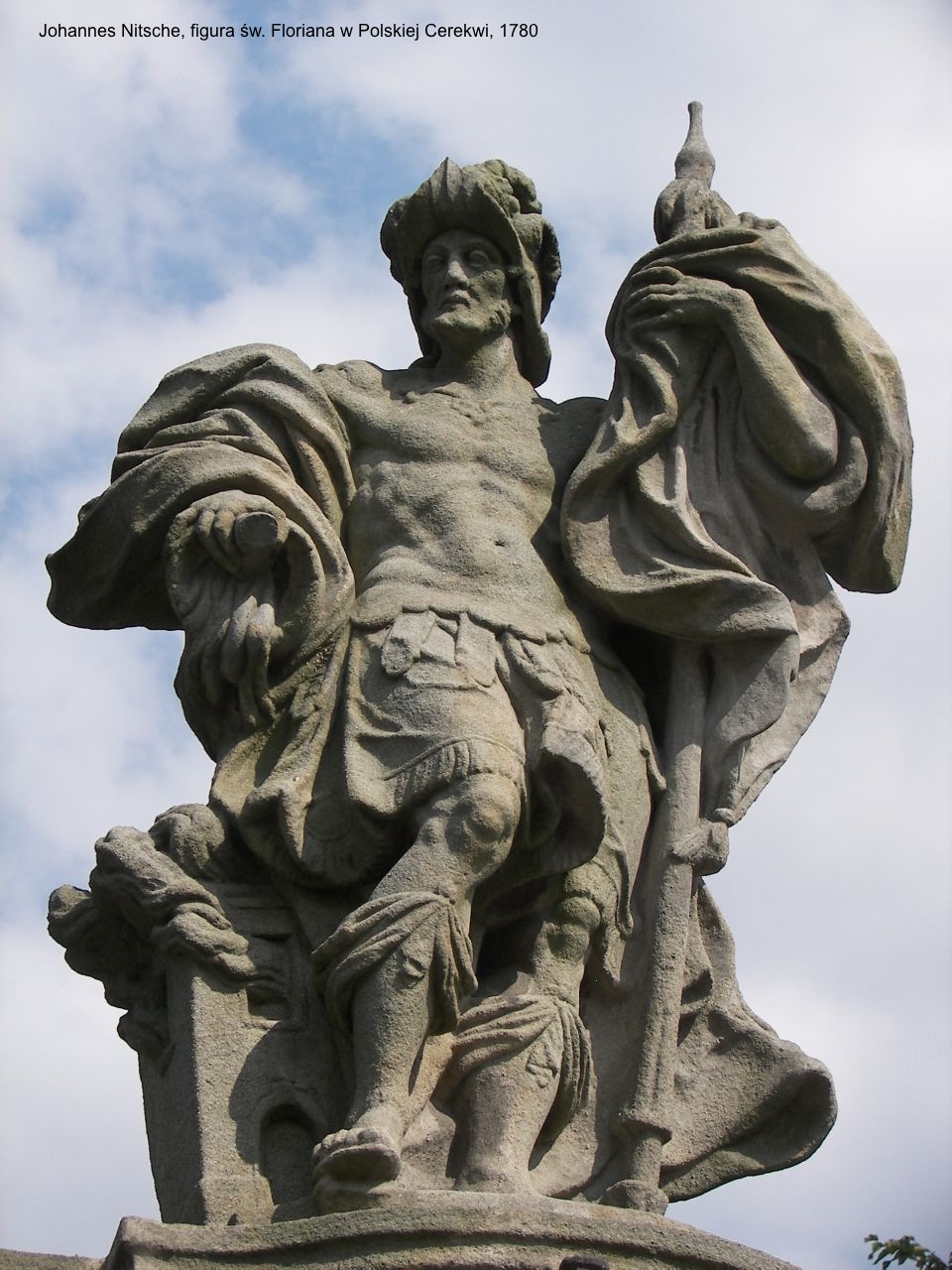 The whole story begun in the 12th century – according to the legend two young ambitious students met and became friends. They decided they are going to achieve great careers in the Church hierarchy and had a pact that whichever gets a better position, will help the other one. Finally one of them (named Gedko) became a bishop of Cracow, while the other (named Ubaldo) became the Pope, Lucius III. The Pope remembered about his deal with an old friend and asked Gedko, what could he do for him; Gedko replied that he is quite happy and satisfied with his position of the bishop of Cracow and the only thing he misses is having some decent relics in his church. In fact, there were no holy bones in Poland in the 12th century, as the relics of St Adalbert were stolen in the 11th century by Bretislaus of Bohemia, who took them to Prague. The next Polish Saint, Stanislaus, wasn’t canonised until the 13th century.

So, the Polish delegation went to Rome and was received by the Pope, who had lots of relics there and was willing to share. According to the legend Lucius III at first planned to give up either St Laurent or St Stephen, but after they’d opened their graves both bodies turned around, giving a clear sign that they did not wish to be moved. The Poles got very upset; it looked as if even the deceased did not want to immigrate to Poland… And then suddenly another dead man stepped in – the one buried beneath those two. A skeleton hand raised from the tomb and everyone could see that it held a piece of parchment with a golden inscription that read: ‘I will go to Poland’. That’s right, St Florian volunteered! Well, we should remember that Laurent and Stephen were deacons and Florian was a soldier, so obviously he was braver than the other two. 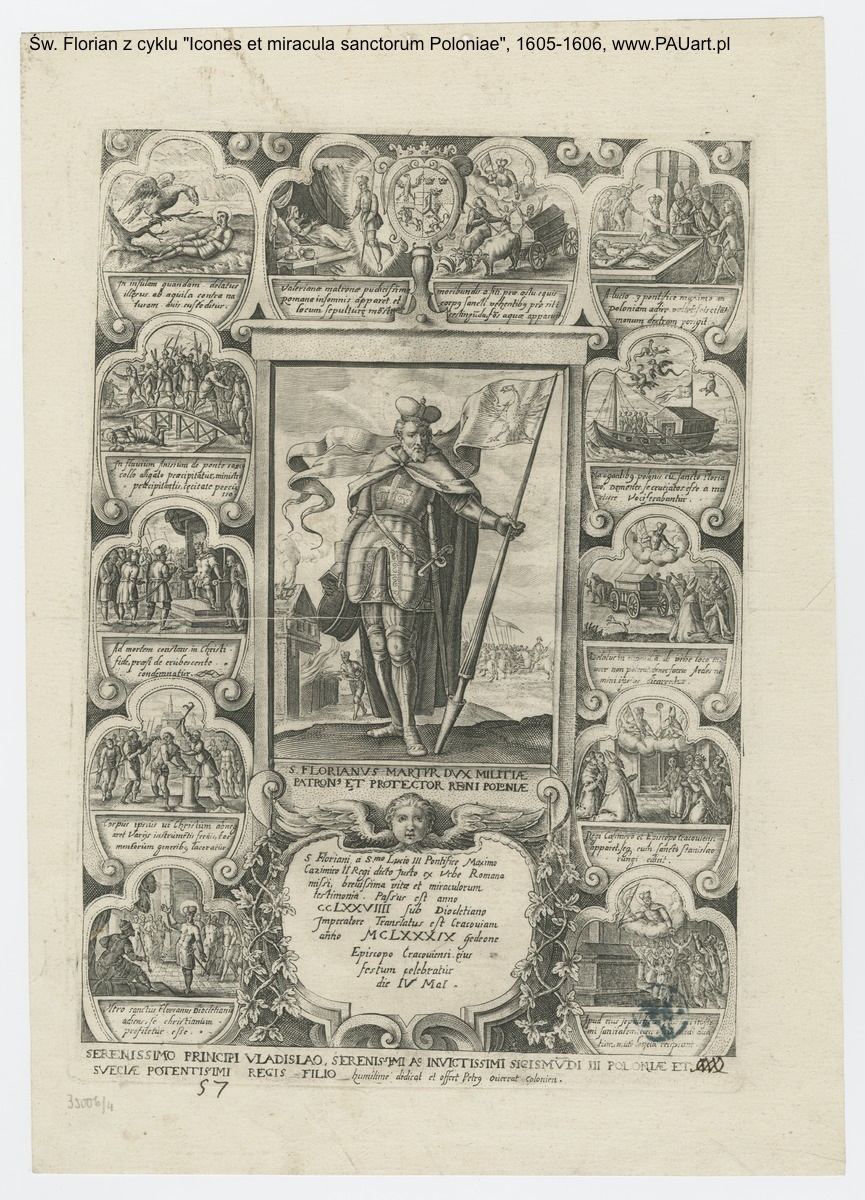 So they’ve packed up St Florian and moved back to Poland; they’ve intended to end up in the Cracow cathedral at Wawel Castle. Nevertheless, St Florian once again proved that he likes to decide about himself; just few miles before they’ve reached the cathedral the horses stopped and refused to continue the journey. That was a clear sign that St Florian had chosen the place where he would like to have his sanctuary; the horses would not move until the promise was made that the church of St Florian would be founded in this particular place. And so it happened – today the church of St Florian is in the centre of Cracow, near the main railway station, but back in the 12th century it was rather away from the city: 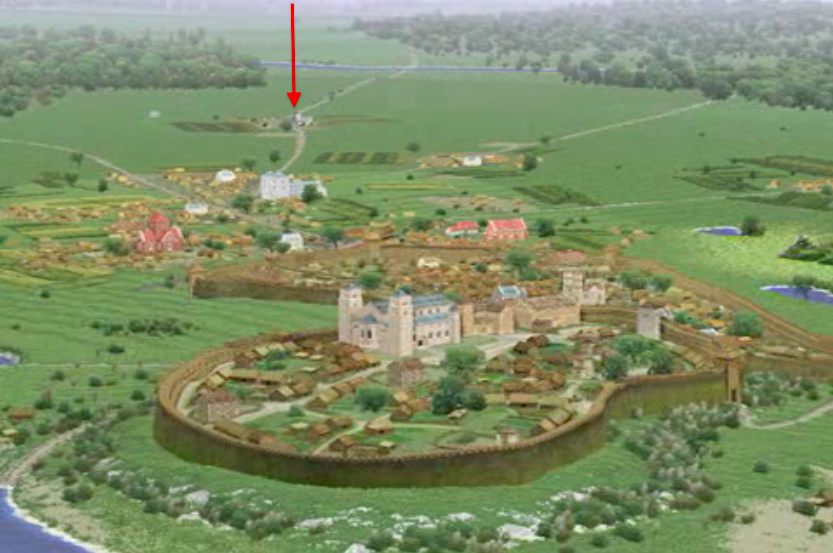 Some time ago it was a town close to Cracow and today it is a quarter in the city centre – it is called Kleparz (Clepardia), but because of the patronage of St Florian it used to be called ‘Florence’! In the 16th century the whole area suffered in a huge fire, but the St Florian church survived; in Poland it is popular to believe that since that event St Florian became a patron saint of the firefighters, but that is not truth. In fact, St Florian was venerated as a protector against fire already earlier, in the Middle Ages, especially in Austria. Late medieval legends explain that with a story according to which St Florian miraculously saved the burning city with only one bucket of water. Sometimes it is also connected with the fact that according to the legend St Florian was supposed to be martyred by being burned at stake, but when he told his killers that he will climb to heaven upon a fire they got scared and decided to drown him instead. Because he was drowned, St Florian was also believed to protect from the floods. 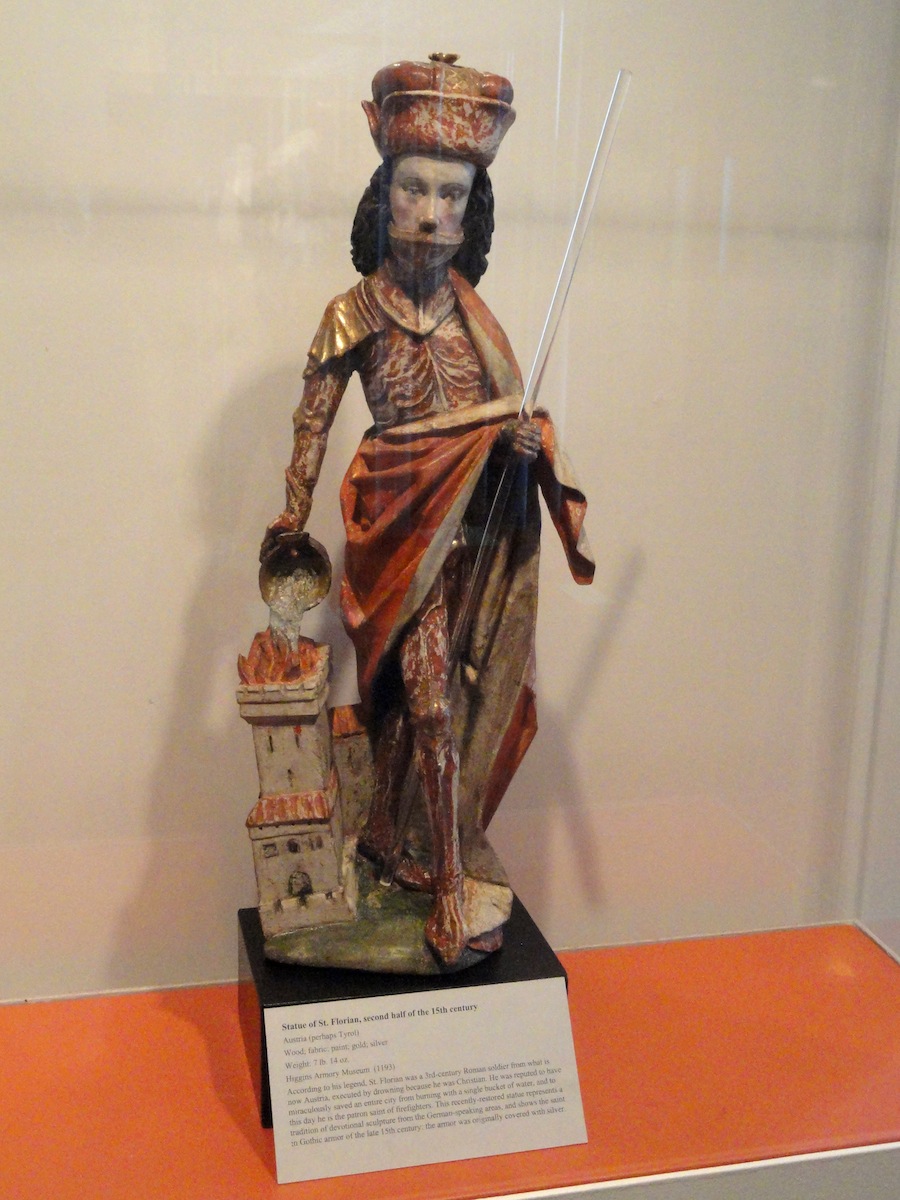 Interestingly, they have a curious saying in Austria, which seems to derive from some kind of prayer: O heiliger Sankt Florian, verschon’ mein Haus, zünd’ and’re an, which could be translated as ‘ O Holy St Florian, please spare my house, set fire to another one’. It does not seem very neighbor-friendly attitude… perhaps because of that many other Central-European nations do not feel very friendly towards the Austrians. Well, I don’t think the Austrians care after all – they always manage to take care of themselves. After all the Habsburgs were the ones who popularised a famous saying Bella gerant alii, tu, felix Austria, nube (‘Let others wage war: thou, happy Austria,marry’). It is always better to make love, not war – and it is always better when someone else’s house is burning, not ours.