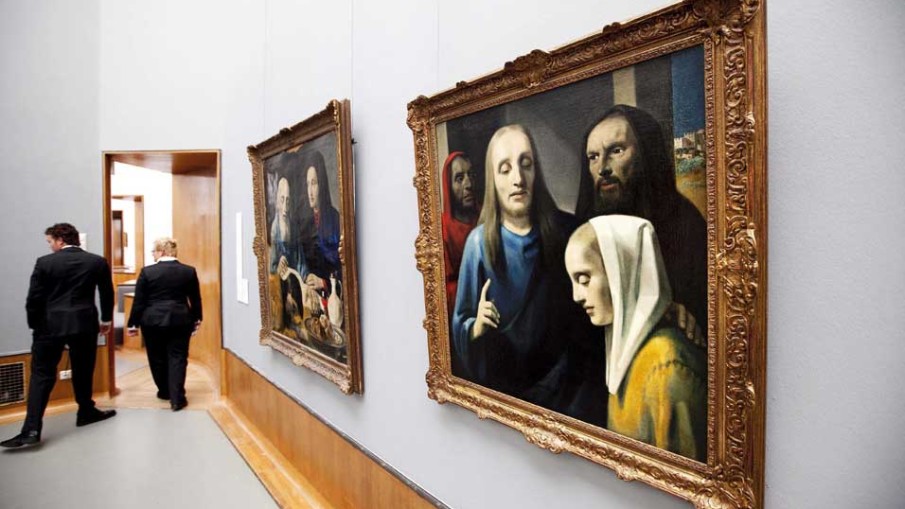 The works of art created by the Old Masters (especially those of famous names) are able to achieve huge prices. From time to time there is a “discovery” of an unknown masterpiece, kept for generations in private collection, or more often simply overpainted and re-discovered in renovation. Of course there is a possibility of making money on fake discoveries – and so there are the art forgers. Today I would like to tell you about one of them, whose paintings may still be present in many museums and galleries.

Han van Meegeren was born in Holland in 1889. He loved dutch Golden Age painting, that is: of the 17th century. He became a painter against his father’s will and wanted to paint as the Old Masters did: with the precision of the details, creating the illusion of the reality and playing with chiaroscuro and with the viewers’ emotions. Unfortunately, Han was born in the wrong time for such an art – in 1920’s and 1930’s Europe turned towards modern avant-garde art. No-one was interested in the painting that seemed academic and referred to the traditions of the Old Masters. If one wants to have a realistic image of something, one should take a photo! Van Meegeren felt that no-one values the traditional painter’s skills anymore, while many people were still interested in paying huge amount of money for a genuine Old Master’s picture. His incredible forgeries were in a way a revenge of the rejected artist: he painted as he liked, but he was paid for his works as if they were 17th century masterpieces. 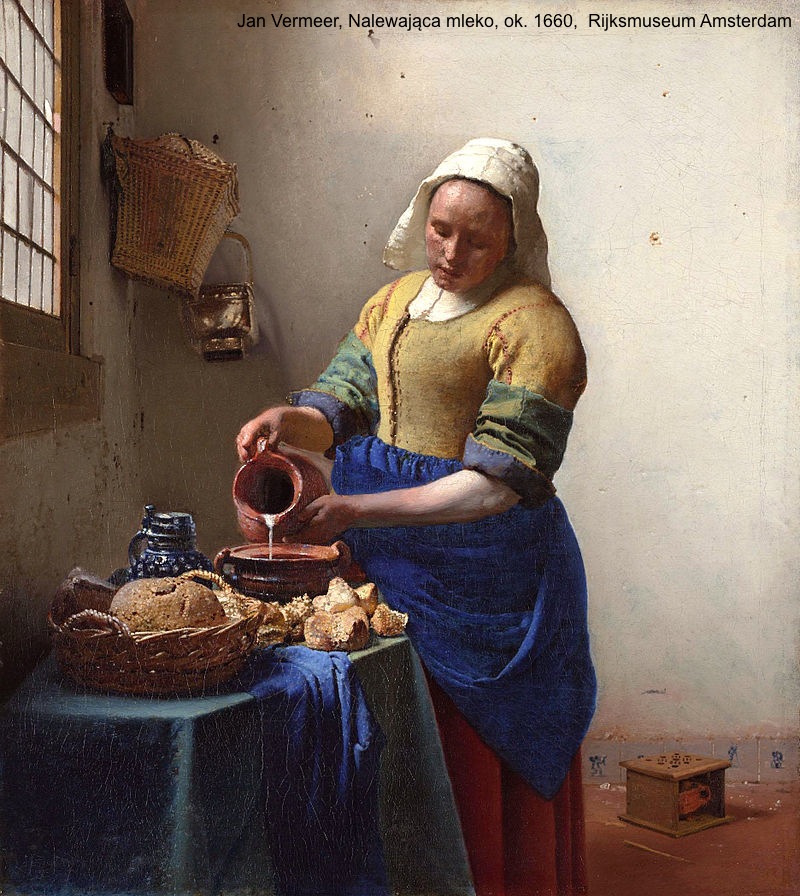 Han van Meegeren decided to become Jan Vermeer van Delft – he did not copy his works but he actually created brand new ones! Jan Vermeer (1632-1675) was one the most famous Dutch Old Masters who created excellent and very intimate genre paintings, but was rather forgotten for centuries and “discovered” in 19th century. Not many of his works survived – only some above 30 paintings are attributed to him today. They are very distinctive because of their atmosphere of silence and concentration and the luminous juxtapositions of blue and yellow colours. 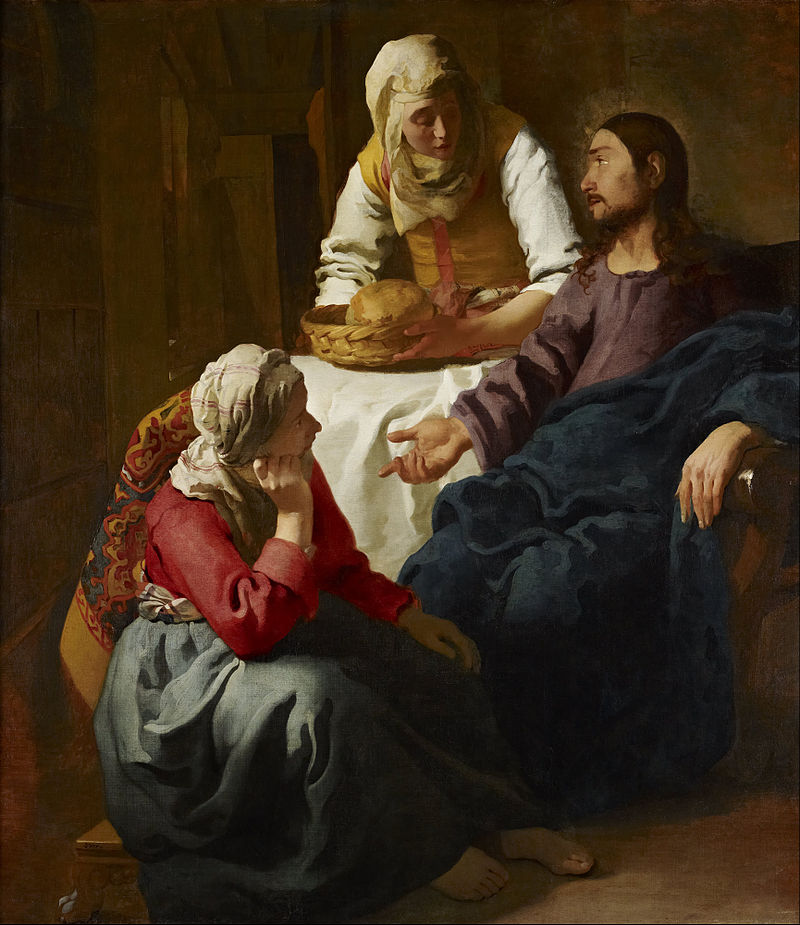 The biggest gap in the Vermeer’s oeuvre are his early works – there is one signed painting “Christ in the House of Martha and Mary” (above; kept in Scottish National Gallery in Edinburgh) which proves that in 1650’s Vermeer actually painted religious subject matters. That was the starting point for van Meegeren: he decided to create non-existing early religious works by Vermeer! “Early” works can always be of a lower artistic quality than the late works – that enables creating a perfect forgery: the painting that is not specific enough to be a copy and does not contain the characteristic elements for classic works of the master. In 1936 van Meegeren painted “The Supper at Emmaus” that was accepted as original Vermeer by the most respected expert on the subject, Abraham Bredius! The painting was purchased for 520 000 guilders and donated to Museum Boijmans Van Beuningen in Rotterdam. 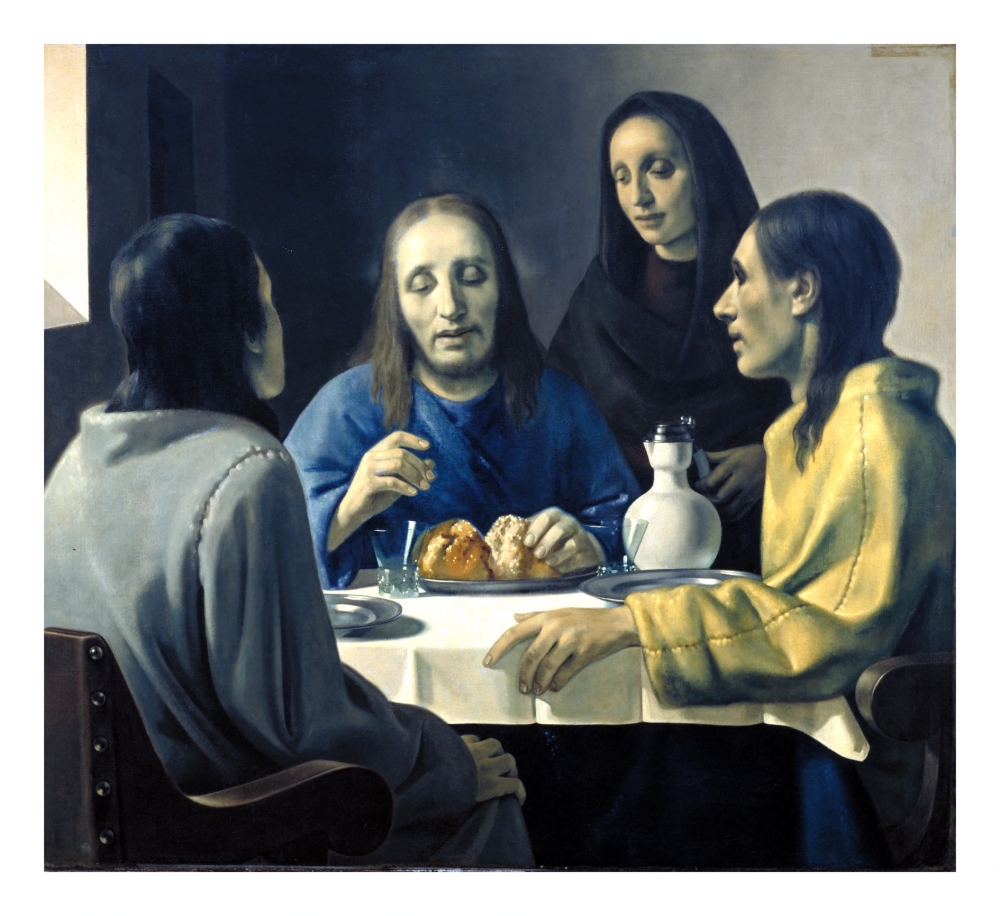 How come such a forgery could have been accepted in 20th century? Well, van Meegeren was well-prepared for all the possible tests. He purchased the old painting and scratched out the paint, so he could have a genuine 17th century canvas, but without any image that would come out with an X-Ray. He prepared all the paints in traditional way, mixing them by himself from raw materials – he never used the paints produced in 20th century. Technically he actually created the 17th century paintings! The biggest problem though was aging the picture: he needed something to dry the paint so it could pass the test of the alcohol (which affects the oil paint that is not older than few decades), which was quite popular way of detecting the forgeries back then. Also, he needed to create cracks that occur on the surface of the painting that is several hundreds years old. After some experiments he found a brilliant solution: he achieved his goal by adding  phenol formaldehyde (bakelite) to the paint and then baking the painting in a special oven. As a result he managed to create a painting that could pass all the tests, as of course no-one would think about testing the paint for phenol formaldehyde!

Van Meegeren started to live a life of a rich man, as he earned quite a lot on “discovered” masterpieces. It all broke down one day because of the Europe’s history… in 1945 a new Vermeer (“Christ with the Adulteress”)  was discovered among the masterpieces belonging to Hermann Göring… The investigation led to van Meegeren and suddenly he found himself accused of collaboration with the Nazis and was going to be on trial for selling the Dutch national treasure to the enemy! At this point van Meegeren decided to save himself by admitting that he is a forger. To prove his “innocence” during the trial he painted another “unknown Vermeer” – “Young Christ among the Doctors”. Finally he was only sentenced as a forger to serve 1 year in prison; however, he went bankrupt due to the claims of the deceived buyers and because of unpaid taxes. 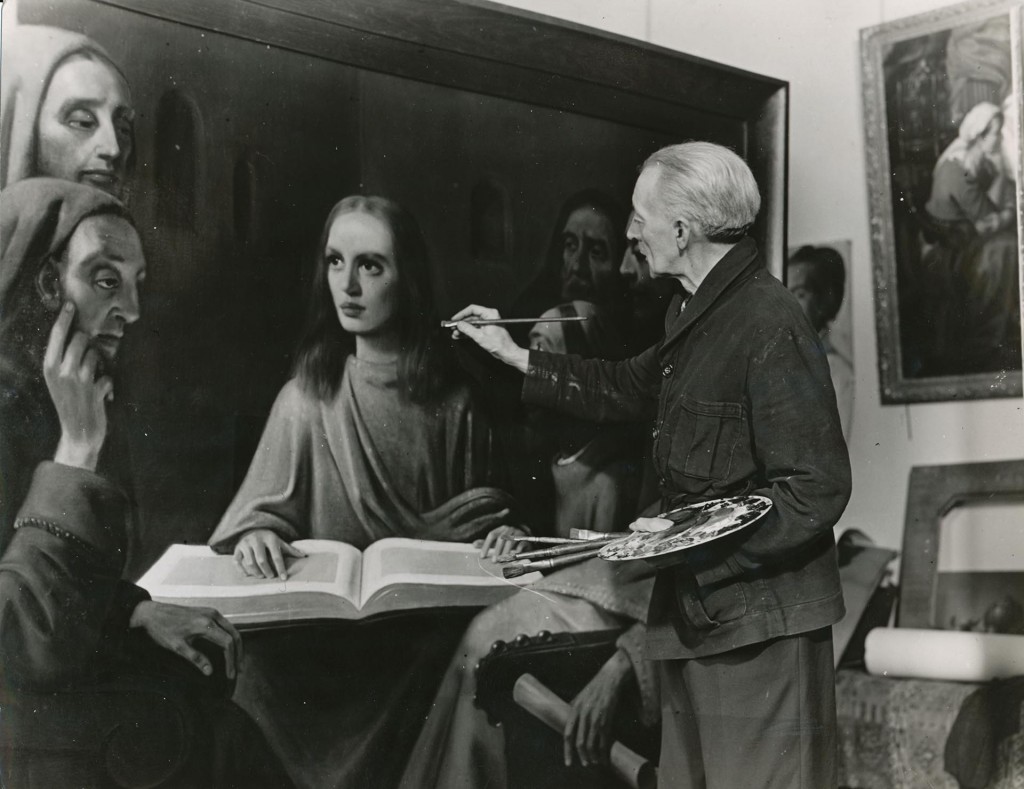 In fact, the whole van Meegeren problem is not over yet, as he did not report all his forgeries, so many “van Meegerens” are still in various museums, displayed as genuine Old Masters. In some cases collectors paid lots of money for them and later donated them to the museums, so now it would be awkward to prove that those paintings are fakes. On the other hand, nowadays “genuine van Meegeren” may be worth even more than a 17th century copy of some painting! One thing is certain: van Meegeren proved how unreliable may be the opinion of the expert, which used to be the most respected factor in attributing and dating the artworks. Today no-one would just trust the specialist’s eye, we want to have a comprehensive technical examination of every painting, which became more important than any connoisseurship. So what do we actually value in art? Is it a unique theme and the master’s vision? Is it the technique or the skills of the Old Masters? Is it the oldness of the canvas? Well, van Meegeren offered all of that. His art was just not appreciated when he tried to sell it under his own name.

You can read more about van Meegeren in many books, for example F. Wynne, I was Vermeer: the rise and fall of the twentieth century’s greatest forger (2006). I very much recommend you an episode of the series “Fake or Fortune”, dedicated to the painting that is suspected to be by van Meegeren: