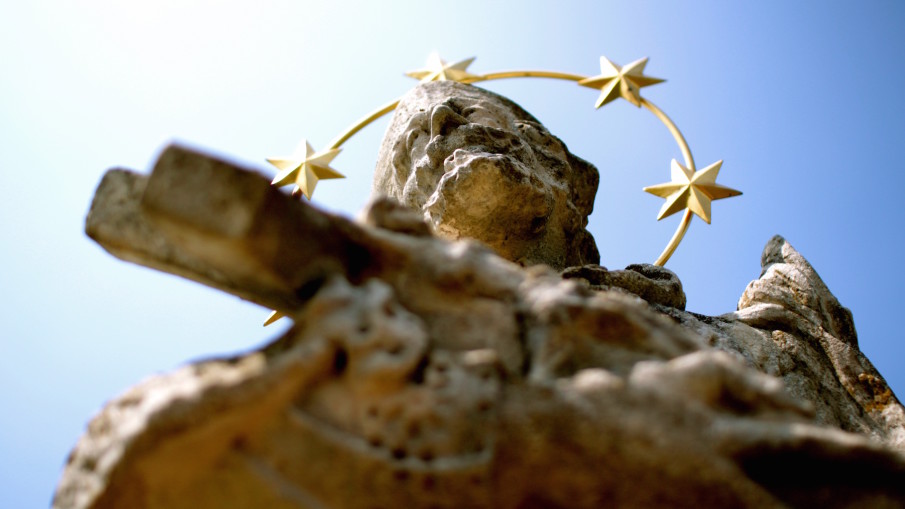 My favourite place in Europe is Moravia, where you can have great time any time of year – of course the Autumn seems to be the best because of the grape harvest, but the Summer can also be fun, especially when you have a bike with you. There are lots of excellent bike-routs going through the fields and the vineyards both in Czech Republic and in Austria. And on the crossroads you will find many late-baroque figures, often of Saint Jonh of Nepomuk. 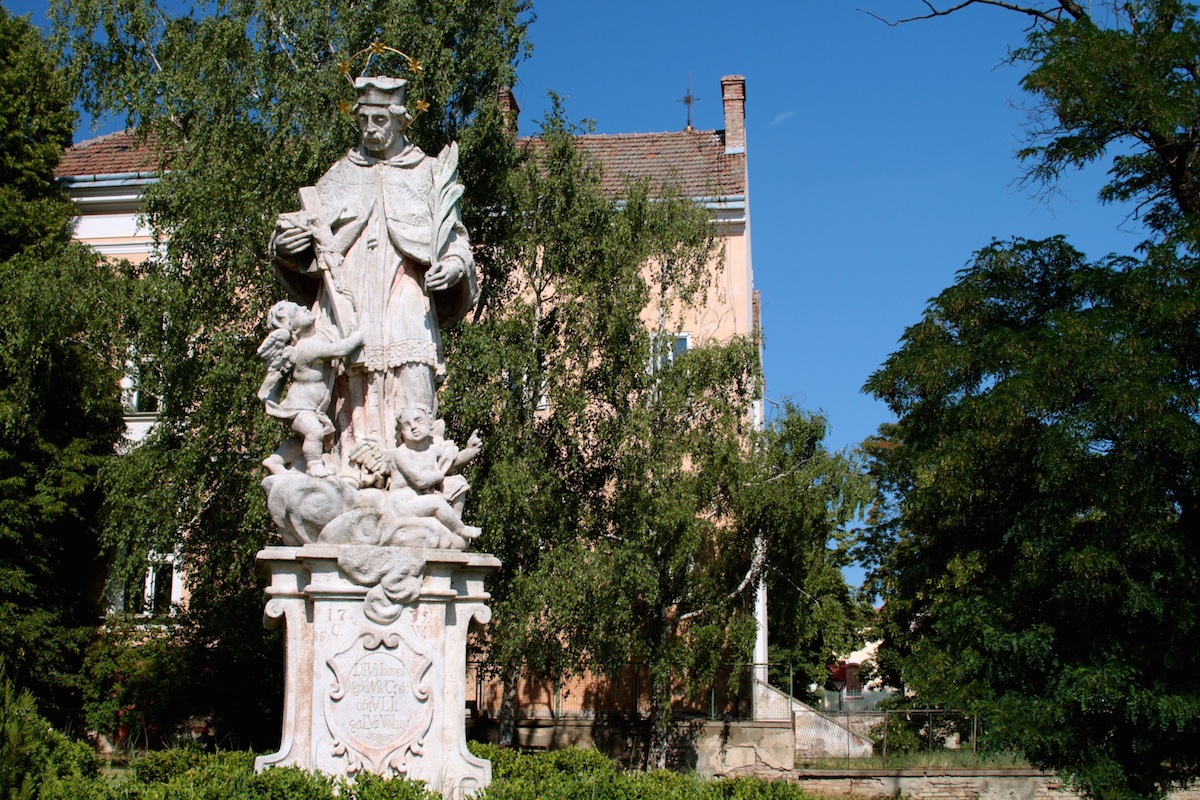 Saint John of Nepomuk is a patron of the rivers and the bridges, and in general of water, so his presence near the fields and vineyards should protect from floods or droughts. And who was he, actually? Well, he was a vicar-general of Saint Giles Cathedral in Prague living in 14th century. He was born in Pomuk, a town which later was called Nepomuk (that is a funny thing: there was Pomuk first, and suburban area called Nepomuk, which means not-Pomuk; later it all turned into one city). Saint John unfortunately got engaged in a conflict between the Archbishop of Prague and the king Wenceslaus IV; as a result John got arrested and was tortured. Most probably he just died during the tortures and his body was ditched into the river (while the others arrested with him were eventually set free). However, the legend of the Saint tells us a different story: he was supposed to be drowned in in the Vltava river at the behest of king Wenceslaus. It seems to have been a popular way of killing the vicars in 14th century: that is how the Polish king Casimir the Great got rid of a vicar Marcin Baryczka. 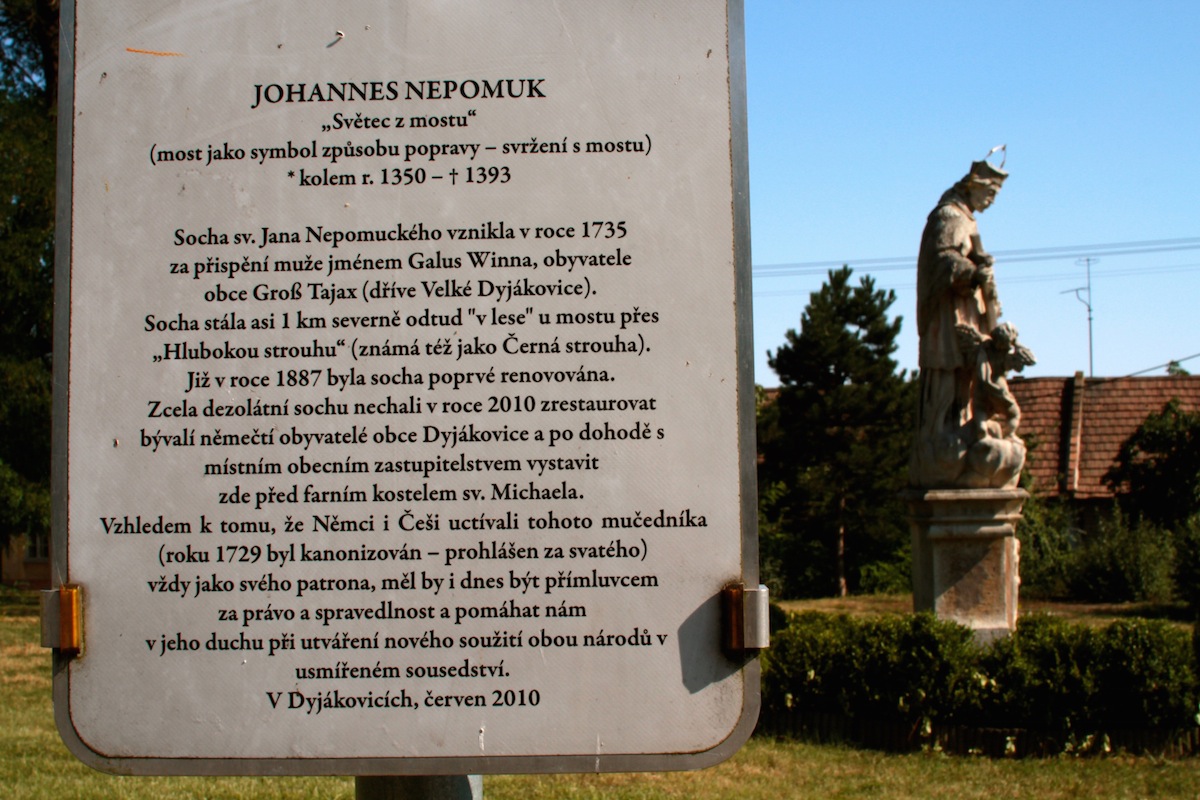 The veneration of John of Nepomuk begun already in the 15th century, although the official canonization took place in 1720’s. In 1719 his relics were taken out of the tomb and it was discovered that his tongue was preserved in his scull! The miracle of the tongue surviving for over 300 years was connected with the legend that Saint John of Nepomuk was in fact killed for keeping the secret of confession. John was the confessor of queen Sophia of Bavaria, and according to the legend he was murdered because he refused to tell the king Wenceslaus weather his wife was cheating on him (and with whom). The relic of Saint Jonh’s tongue is still kept in the Prague Cathedral and sometimes it occurs in art as well, for example at the vault of the church dedicated to Saint John of Nepomuk in Zelená Hora (Žďár nad Sázavou) 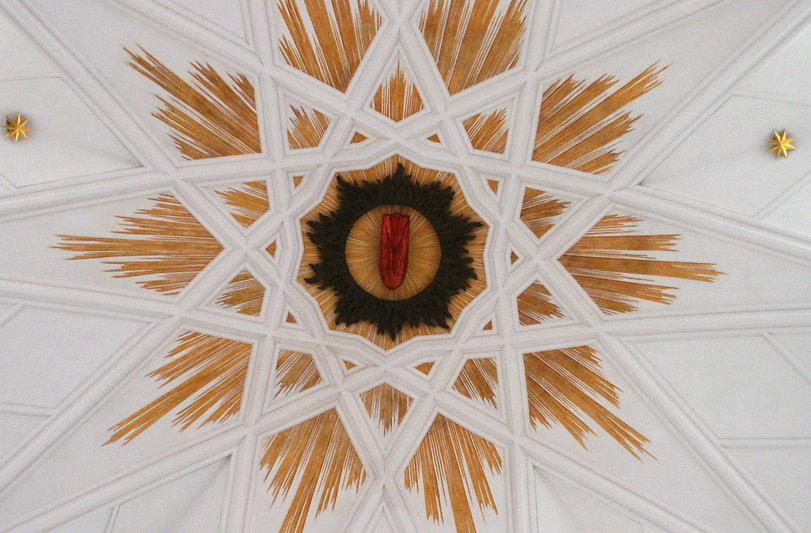 Most often the depictions of Saint John Nepomuk contain the whole figure, not only his tongue. The idea of a small chapel or a figure of a Saint on a crossroad is somehow magic in a very ancient way – it is supposed to help us whenever we need to choose a path, not knowing if there is any danger around a corner; perhaps the robbers or wild animals, or something that will brake our wheel. When we travel around, perhaps riding our bikes, we can have some fun looking for the statues of Saint John of Nepomuk, as they are present all around the Europe, not only in Czech Republic. Do we still believe that the Saints can help us choose the right way? I suppose not – nowadays we prefer to trust other power from above, like the GPS signal. Unfortunately some of us have too much trust in that modern “higher power” and as a result end up in the middle of nowhere. 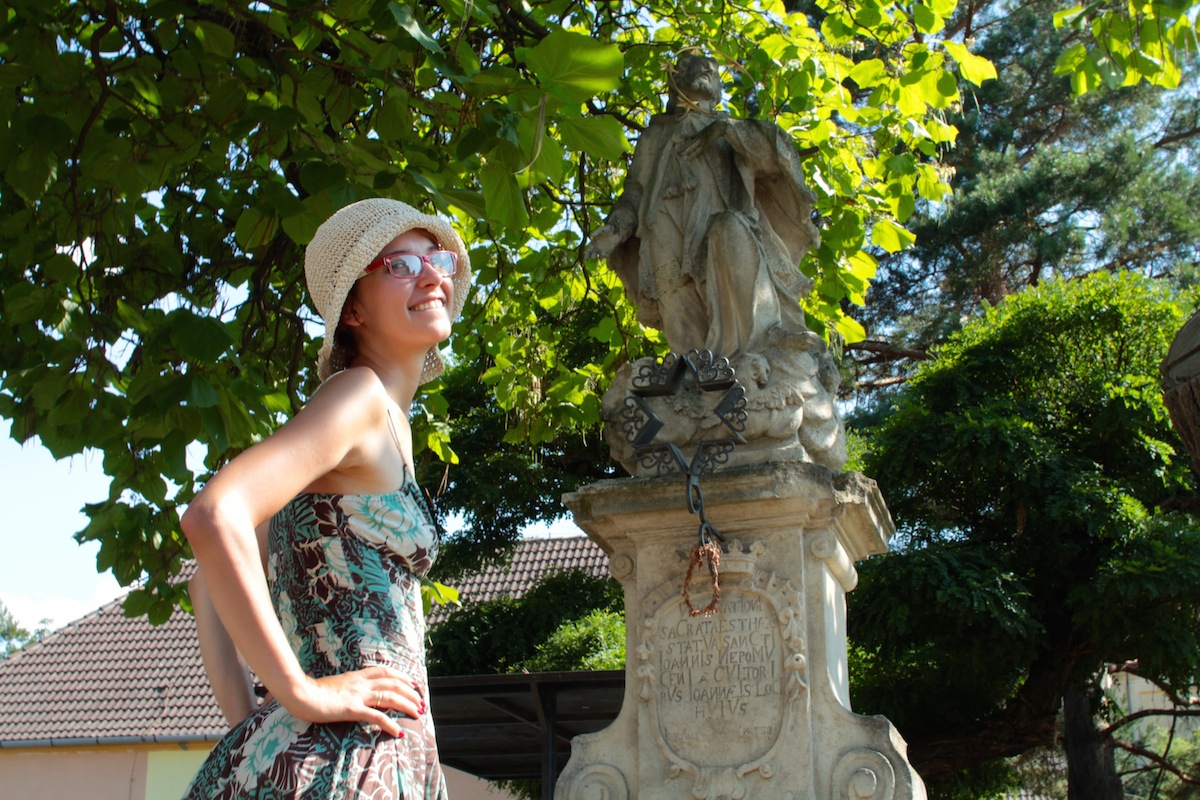 I recommend you a website www.nepomuki.pl, which contains lots of photos of the figures of Saint John of Nepomuk from all around the world!