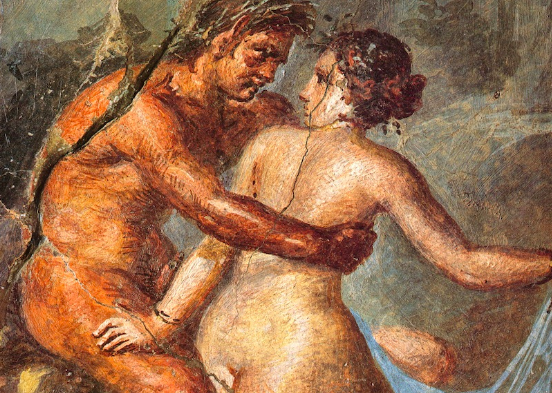 We have so called Dog Days now – it’s hot, it’s lazy time, it’s holiday time! The nights are to warm to sleep, we’d rather do something else instead, often naughty. And that did not change since the Antiquity.

Pompeii was an ancient Roman city in the Italian region of Campania. In the 1st century AD it had a population of approximately 11000 people (by that time in Naples the population was around 15000), it had a complex water system, the theatre, the amphitheatre, lots of shops and workshops…. And all that ended suddenly with the eruption of Vesuvius. The volcanic ashes buried the city on 24th August (*) 79 AD. Later discoveries revealed not only the buildings with their furniture and decoration, but also preserved shapes of human and animal bodies.

However, I do not want to write about a cataclysm today, but I would like to focus on the Pompeian frescoes. The first discovery of the buried city took place in the 16th century – in 1599 Domenico Fontana checked out some revealed frescoes and decided that they should be covered up again! It was not the Antique art one would expect, it was rather a pornography. Hiding back the frescoes probably saved them and the rediscovery took place in 1748. Excavations took decades and became more systematic since 1863, when Giuseppe Fiorelli took the charge. 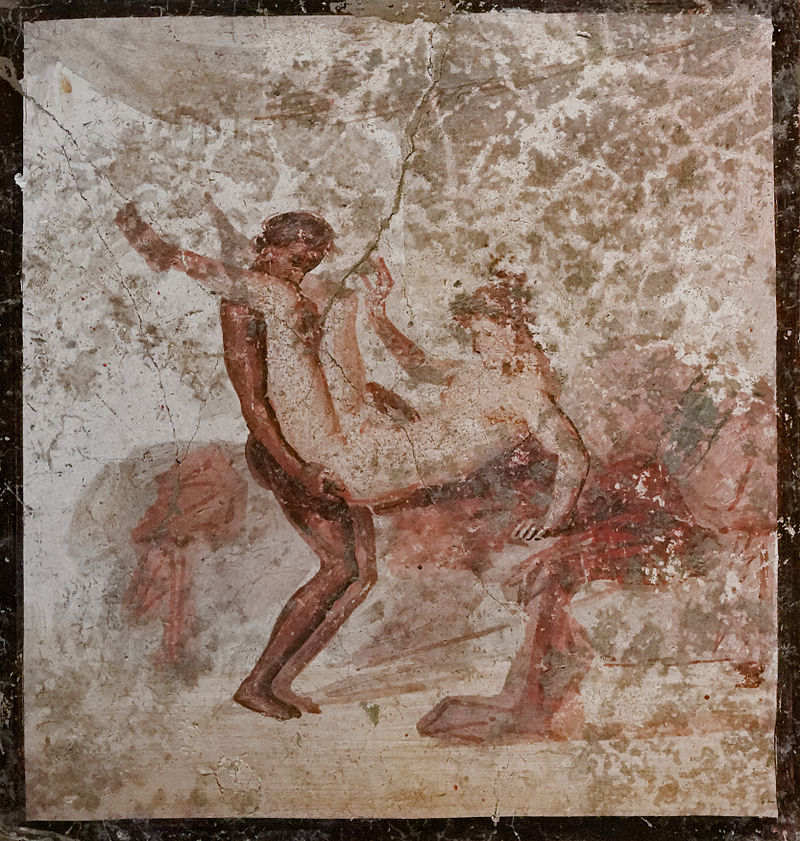 The most pornographic depictions were found in a house that probably was a brothel; prostitution was quite popular in Pompeii, as there were various inscriptions discovered, containing the names and the prices of various services. Apparently it was all rather affordable as well – it seems that some services were available for the price of a loaf of bread. Man shall not live on bread alone: the ancient Romans knew that well. Public bathhouses or private homes were also decorated with clearly erotic depictions; some of them even contained the instructions, like the one below with the inscription “LENTE IMPELLE” (“insert it slowly” or “use gentle strokes”). 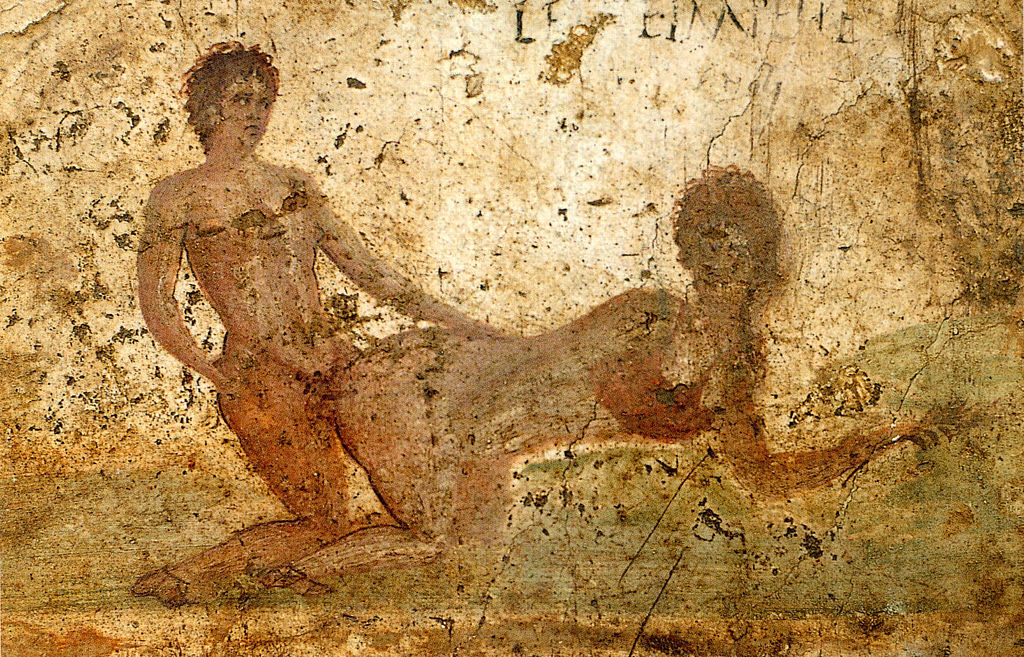 Obviously, that kind of art was unacceptable for the 19th century viewers. Not only the frescoes – there were also sculptures of that kind discovered in Pompeii. Some of the findings were exhibited in the Archeological Museum in Naples and one day the king of Naples, Francis I, visited the gallery, unfortunately along with his wife and daughter. The collection embarrassed him a lot; it is interesting by the way what scared him the most: the fact that his daughter saw that art, or the thought of what his wife may expect from him after learning the content of the exhibition. Anyway, he decided that women should not watch this kind of stuff.

As a result, in 1819 the collection was closed in the Secret Cabinet – however dirty this stuff was, it was to ancient to just throw it away. The Secret Cabinet was initially available for people of mature age and respected morals; also the frescoes left in Pompeii were hidden behind special cabinet-like constructions. Those could be opened only for male viewers, and of course it was extra charged. You never get a peep-show for free. 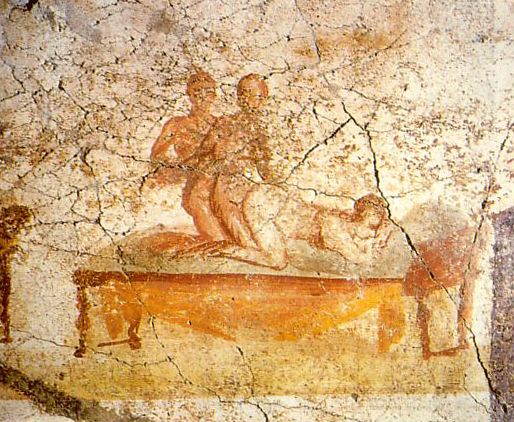 The Secret Cabinet in Naples was even bricked up in 1849! For the next 150 years it was partially re-opened and closed back and forth and finally it has been opened for all the viewers in 2000! Of course nowadays both male and female tourists are welcomed, however the visitors under the age of 14 can tour the exhibit only with an adult or by their written permission. After all, we teach our children that the ancient culture is a foundation of European identity – and how does this go with the image of a satyr copulating with a goat? 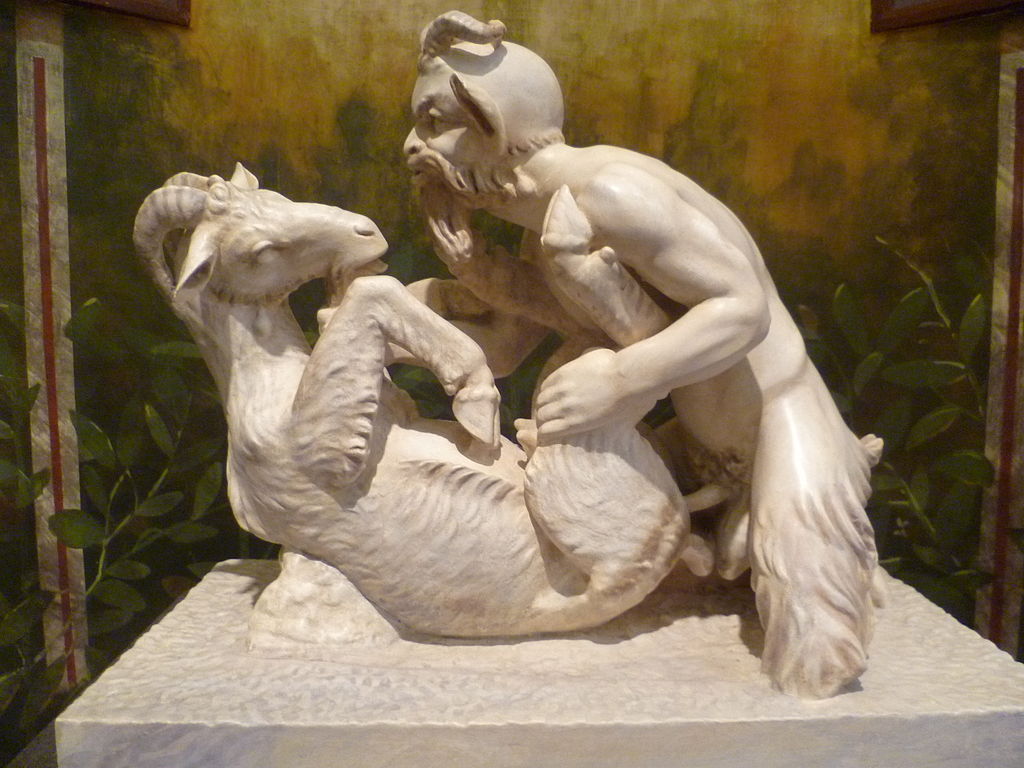 For centuries the date of the Vesuvius eruption was assumed to have been August 24th, 79; it turned out that is not true! It was based on a letter by an eye-witness of the catastrophy, Pliny the Younger – but that letter was written over 25 years after the event, and most importantly – have not survived in original. It was published in 1508, based on medieval copies; so the text may had been corrupted. The given date has been questioned earlier, especially in the 20th and early-21st century, due to discoveries such us remains of autumn fruits, vessels filled with wine indicating it was after wine harvest, and heavier clothes on victims, suitable rather for autumn, not summer. But final proof was uncovered in 2018: a charcoal inscription, made probably a few days before eruption, bearing date October 17th. Most recent vulcanologists’ research led to establishing the date of Vesuvius’ eruption for 24-25 October 79. All the interdisciplinary research on the subject has recently been published on-line in “Earth-Science Reviews” (Volume 231): https://doi.org/10.1016/j.earscirev.2022.104072.