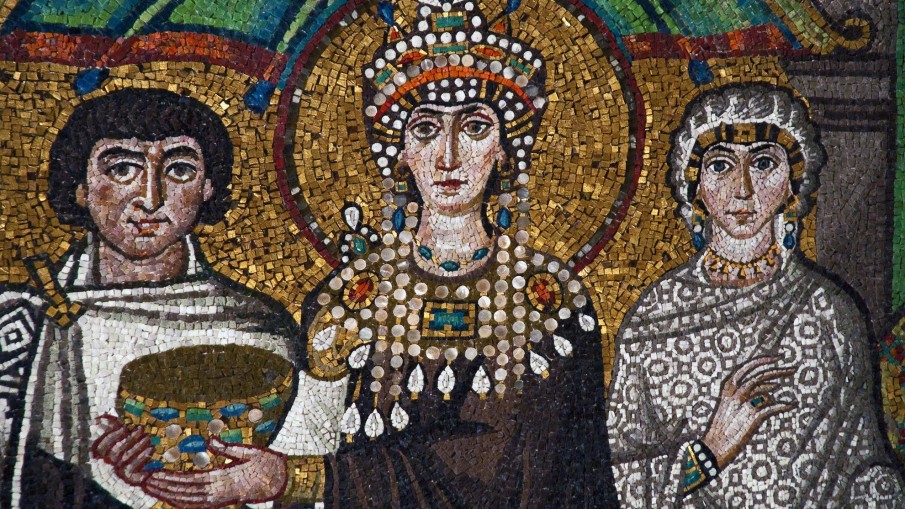 Recently I had a pleasure to read a post on a photo-blog Album Romański (which I recommend!) about San Vitale church in Ravenna and that inspired me to write about an extraordinary woman who is depicted among the mosaics in that church. So today we will go back to the turn of Antiquity and Middle Ages and to the Byzantine Empire. 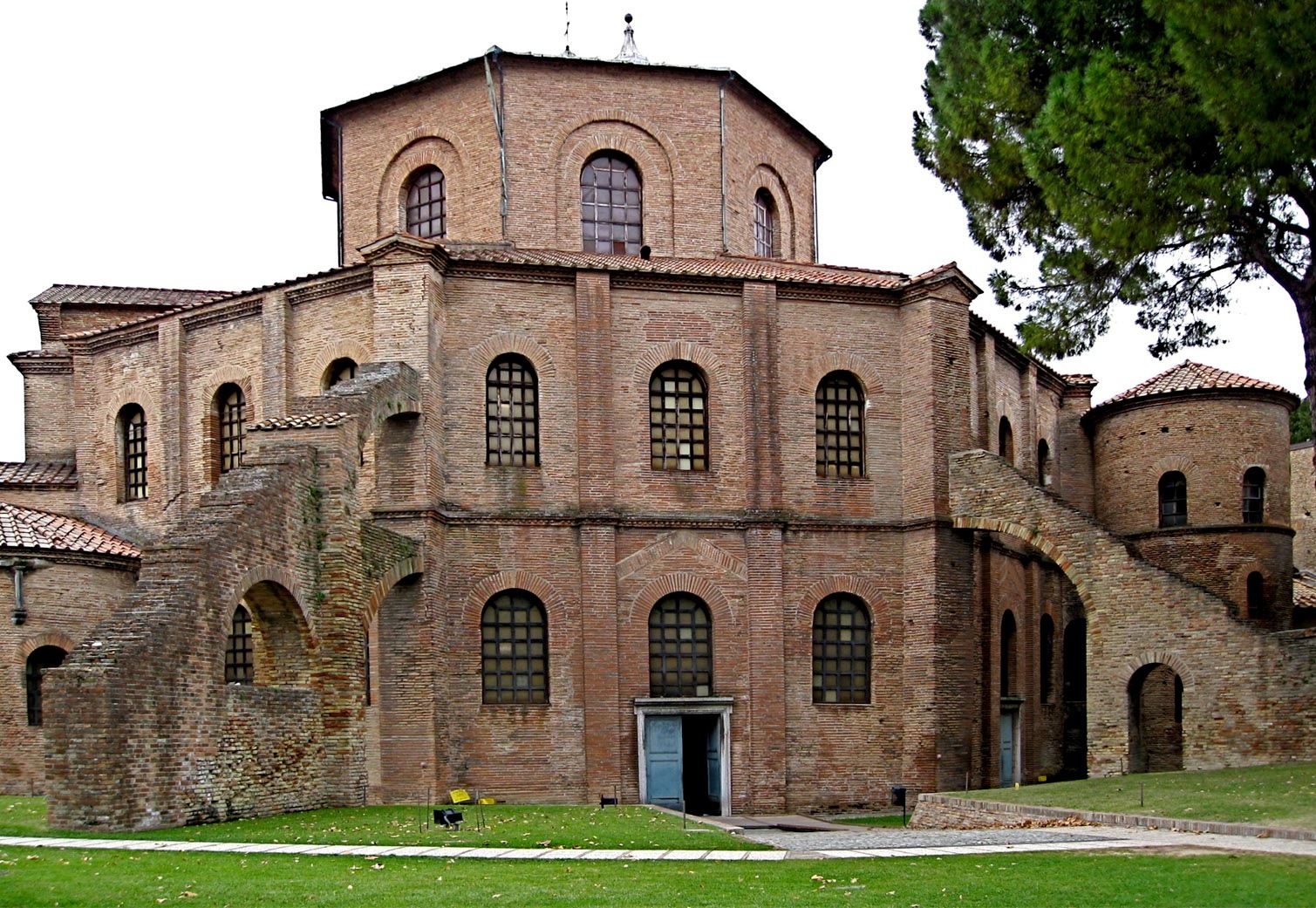 Ravenna (northern Italy) used to be a residence of the Emperors of the Western-Roman Empire, which fallen down in 476. In 540 Ravenna was taken over by the Byzantine general Belisarius and remained in the Byzantine Empire for another two centuries. The construction of San Vitale church was begun in 526 (when Ecclesius was a bishop there) and finished in 547 (by the following bishop, Maximian) and founded by the Greek banker, Julius Argentarius. We know almost nothing about the latter and some scholars speculate that he may have actually represent the Emperor and his wife. The couple is actually depicted among the mosaics in the church. 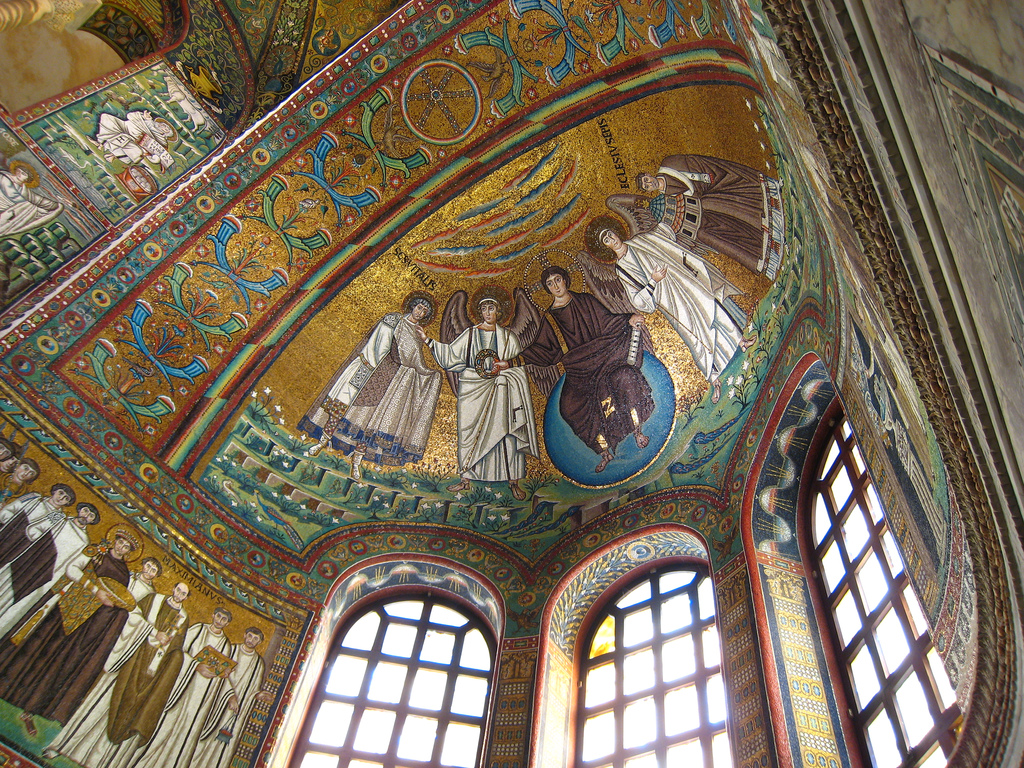 Justinian I the Great was an Emperor between 527 and 565 AD and at that time the Byzantine Empire enjoyed its Golden Age. He and his wife are depicted as surrounded by their assistants and are shown as attending the liturgical procession. Today I would like to focus on Theodora – she was a First Lady of that time, and as we know, the First Lady can be really important for the country. 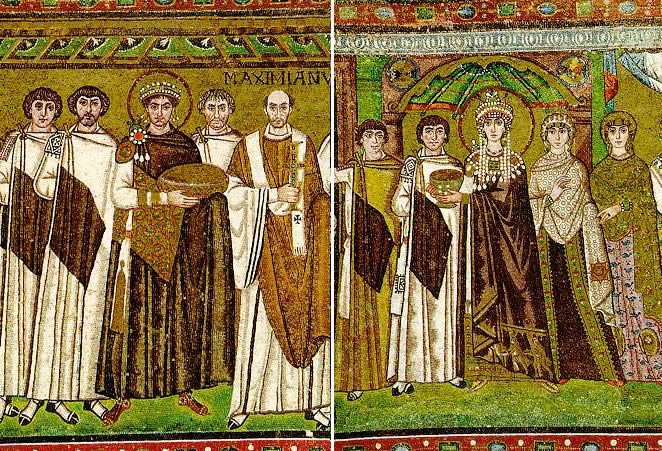 Theodora was a very beautiful woman, but she did not have an easy start. She was the daughter of a bear trainer Akakios, working for the “green fraction” in the hippodrome in Constantinople. Hippodrome was a place of horse races and the teams formed fractions, named after their colours: “red”, “white”, “green” and “blue”. The latter two became the most important ones and their supporters actually formed two main political fractions of that time: so the “green fraction” was also a fraction of working people of radical political views, while the “blue fraction” was more conservative and supported by the aristocracy. Theodora’s mother was an actress and a dancer (which did not mean very decent way to make a living),  and when her husband died she remarried and made the whole family (including Theodora and her two sisters) to work for the “blue fraction”.

Theodora became an actress, following her elder sister – most probably that means she also worked as a prostitute. It was common for the actresses by then to provide not only artistic, but also sexual services; the real “art of love”, one could say. Most likely she worked independently, not in a brothel, as was suggested by Procopius of Caesarea. He was a famous Byzantine historian and an author of a “Secret History”, in which he depicted Theodora as extremely cruel, immoral and shrewish woman. He claimed that in her youth Theodora worked in a Constantinople brothel serving low-status customers, sometimes even in groups of ten or more men at one time. Procopius also suggested that she had abortions, although it seems that around that time she gave birth to one daughter and one son. We’re talking about the times when Theodore was a teenager. 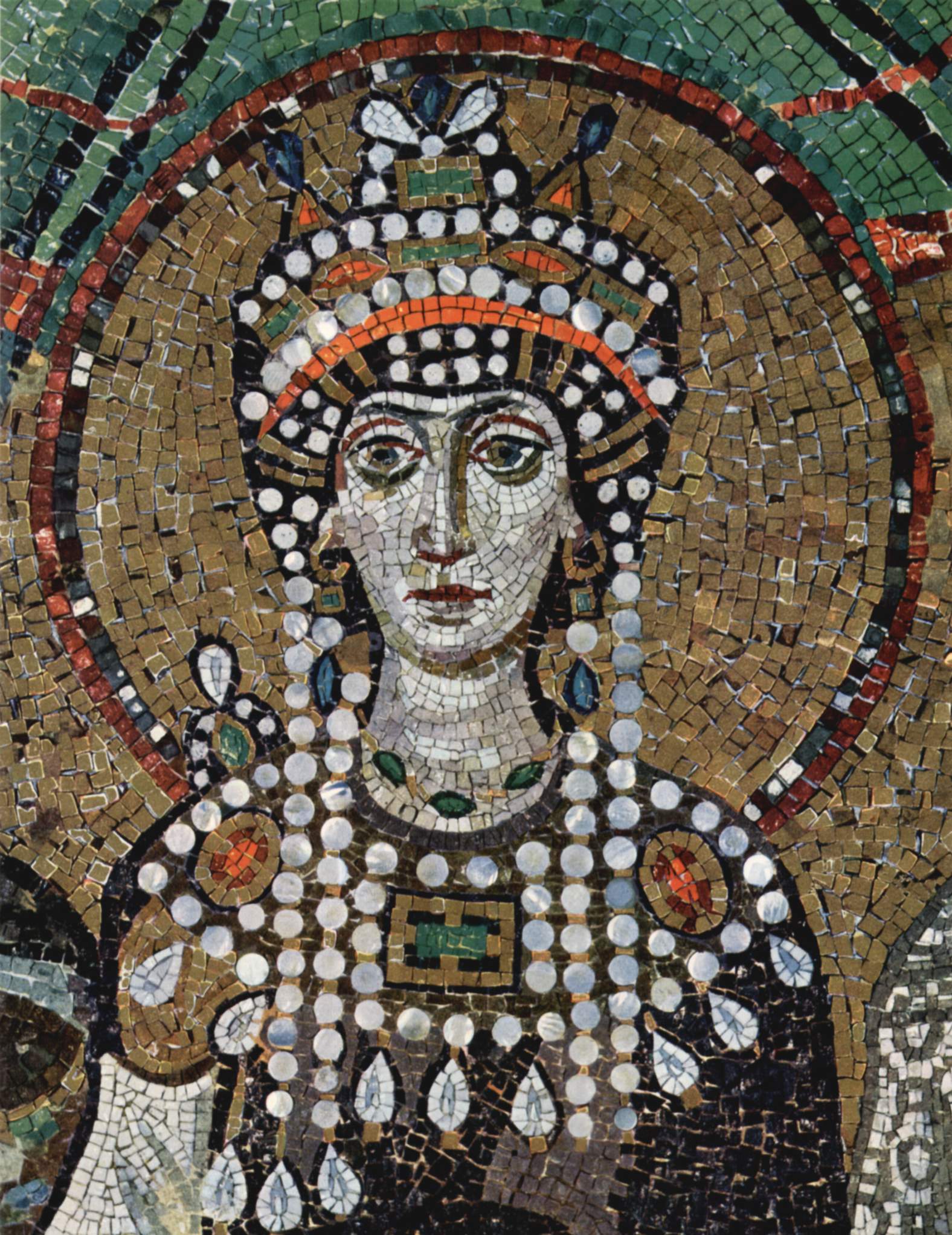 At the age of 16 Theodore moved to the North Africa as a companion  of a Syrian official Hecebolus who became the governor of Libyan Pentapolis. Few years lated he dismissed her, so she went to Alexandria and Antiochia; finally she came back to Constantinople and became a spinner, as she decided to give up her former lifestyle. She renewed her contacts with the “blue fraction”, which was supported by Justinian, a nephew and heir of then ruling Emperor Justin. When Justinian met her, he fell in love with her, so he convinced his uncle-Emperor to change the law, as it was forbidden for the members of the ruling family to marry the actress!

Theodore married Justinian in 525, and he became an Emperor only two years later. What a wonderful career: from a prostitute to a empress! She was a real-life Cinderella – although we must see that probably her Prince Charming got fascinated with more than just her beauty; I bet that her sexual skills that she achieved working in the business for so many years were also important in that case. Well, that is not a version that we would tell our children – so maybe that is the difference between fairy-tale and a real life…

Of course, Theodora was not a quiet and passive First Lady. According to Procopius (but we must remember he didn’t like her), she was involved in numerous political intrigues. Anyway, her involvement in ruling the empire was in any case significant – when Justinian got seriously ill in 542, she actually ruled by herself on his behalf. Earlier, during so called Nika Riots (in 532) she was the one who stopped Justinian from escaping – she is said to have claimed that “royal purple is the noblest shroud”, so her husband decided to fight and the whole thing ended up with the death of over 30,000 rebels (and Justinian remained on the throne).

Finally, we must say that Theodora was engaged in helping women in her country – she did not succeed in closing all the brothels in Constantinople (she had such an idea), but she supported the women that had fallen down by providing medical care and education for them. She died at the age of 48 because of cancer – it is very likely that it was a breast cancer that was recognised by the doctors back then, although they did not know how to cure it. So one of the most extraordinary women in the European history died of a disease that is purely feminine… maybe today she could be a face of a Breast Cancer Campaign. It is difficult to decide nowadays if she was a pious and good empress or a calculating evil woman (perhaps a little bit of both). In any case, her husband managed to achieve a big success, in spite of having such a wife, or maybe actually thanks to her! Not only is he remembered as the best Emperor of the Byzantine Empire, but also he is venerated as a Saint in the Orthodox Church. That is a true victory of Theodora – after all, isn’t it the duty of the First Lady to help her husband to build a good image of himself?