Message in the bottle 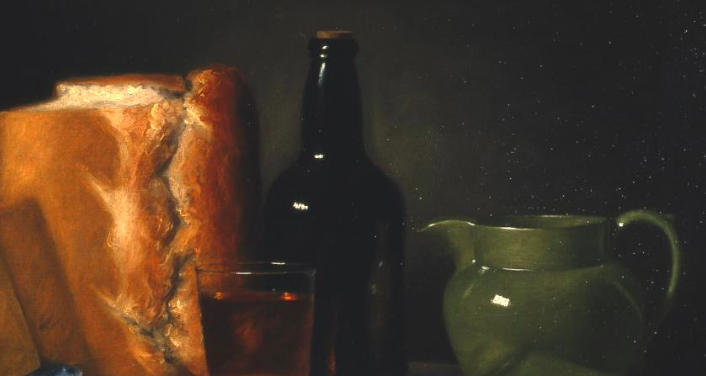 There are the moments, when the historian of art meets a dead end. There are some paintings that resemble nothing or the ones that resemble too many others. There are the paintings which are undatable and the painters that have to remain unknown. But sometimes there is a way to figure something out even if the situation seems hopeless. And today I want to tell you about figuring something out from the bottle.

It is about another painting from the York Art Gallery Collection: it is “Still Life with Bread and Wine” by an unknown author. The catalogue describes it as “French School, 18th or 19th century”. The composition is simple, the painting is not characteristic and in general it is hard to say anything about it. 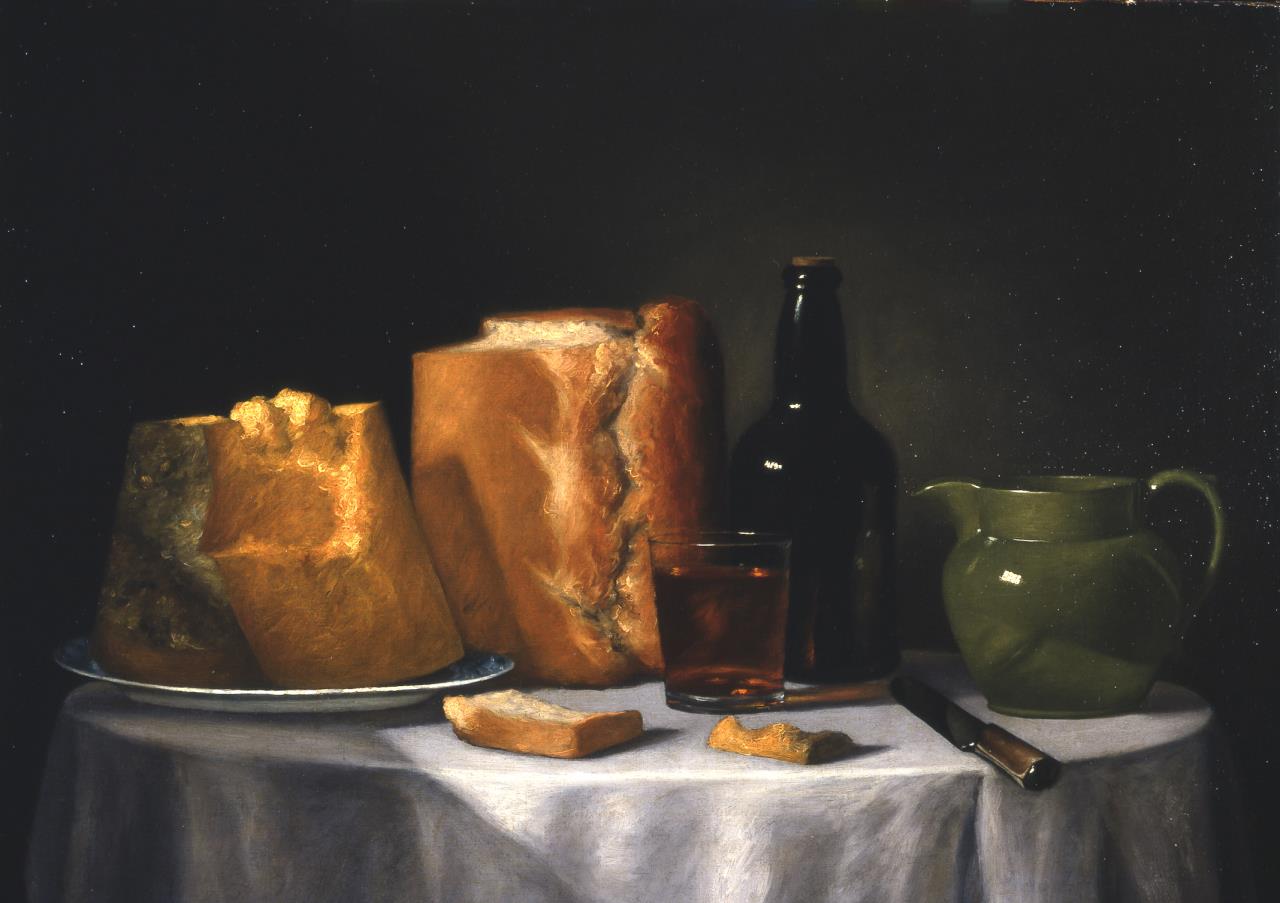 One thing for the start: it seems right to assume that the author of the painting in York was inspired by the art of the French painter, Jean-Baptiste Siméon Chardin (1699-1779). That painter was a highly appreciated artist, known mainly for the genre painting and still-lifes – he used dark colours and created simple compositions of a few objects. His painting was followed by many artists; contemporary and of the next generations. 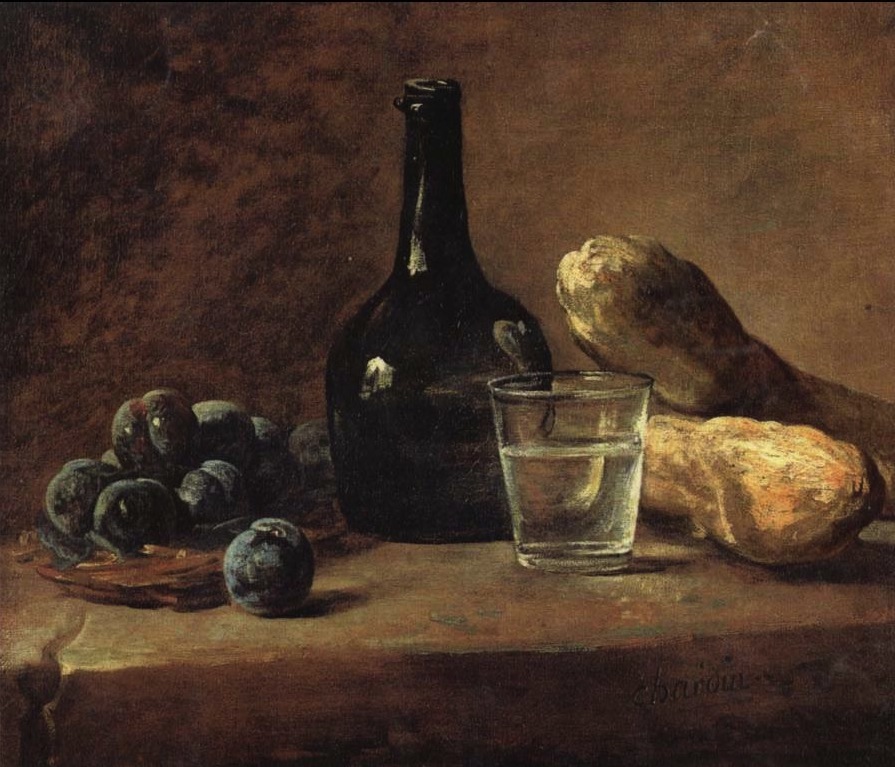 The painting from York was attributed to various artists. The best candidate was Henri-Horace Roland de la Porte (1724-1793), an artist contemporary for Chardin – he pained various subject matters but was interested in French painting and from time to time created also a sill-life: 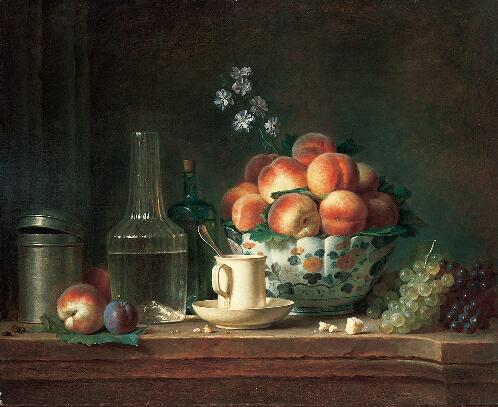 The other one that was suggested was a British painter George Smith of Chichester (1713/14-1776) – he painted various subject matters, but was interested in French painting and from time to time created also a still-life: 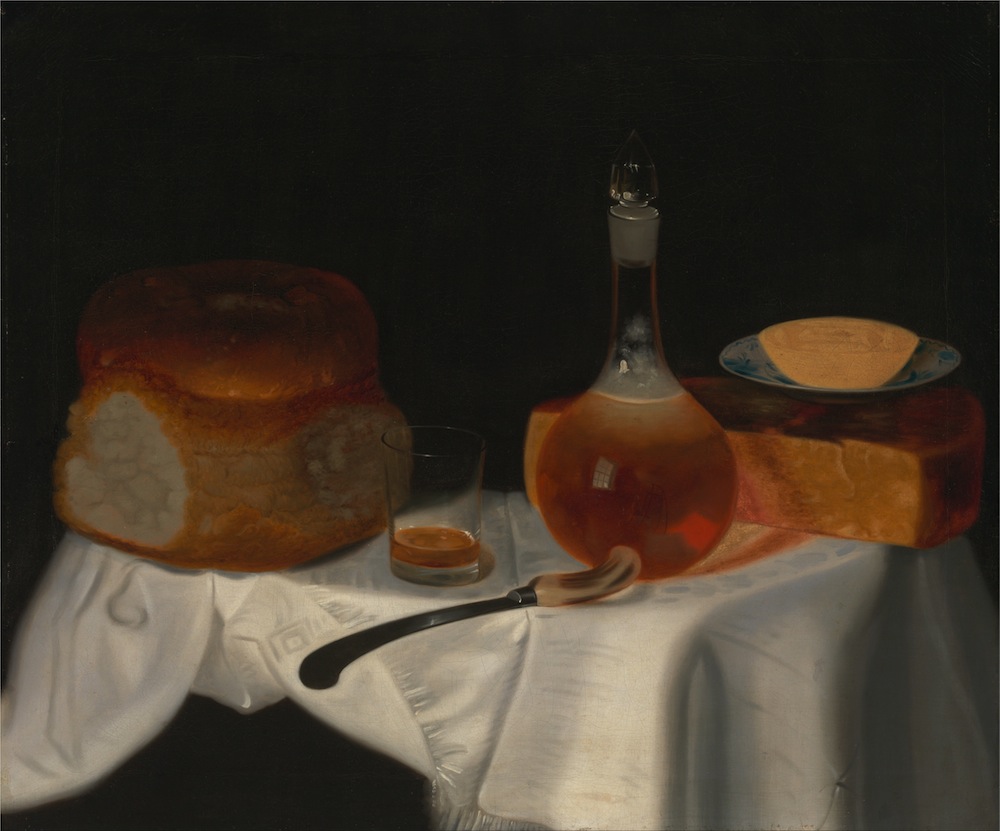 Perhaps at first glance those paintings seem to be similar to the one in York but when we study the details more carefully it shows that there are differences that make those attributions doubtful. Besides that, the historians of art that had analysed this painting in the past noticed that the way of painting the bread and the jar might actually suggest 19th century. Still, nothing more was established, so finally it was described as “French School, 18th or 19th century”. If only we could narrow down that dating!

So, I am looking at the picture. I am looking carefully. And suddenly I realise: wait a minute, that bottle looks familiar! Isn’t it the kind of bottle you can get a beer in? But I have never actually seen such a bottle in the 18th century painting! The most characteristic part is the bottle’s neck, a bit widened in the middle part. I started to search and it turned out that there are actually various publications available on the evolution of the bottles’ shape. Those shapes changed through the decades, but one thing seems clear: to the end of the 18th century the bottles had straight neck!

Finally I checked the collection of historic glass and ceramics in the Museum of London – they have a catalogue of many wine bottles that represent almost every decade of modern times. “Our” bottle apparently appeared about 1820 and was popular in the next decades, up to at least 1850. Around the half of the 19th century such bottles were used in USA, also for Ale, and that was also a shape of porto bottle. It seems that the widened neck appeared in the 19th century.

Well, it looks like we have our conclusion: we must rule out 18th century in this case, as the painting contains a depiction of a bottle produced probably between 1820 and 1850. I think I am the first art historian who actually focused on the bottle while analysing this painting. I must admit, I’m not having a lot of good wine in York; but certainly I am having fun working here.