Home » Blog » Frenzy for everybody
Wed27 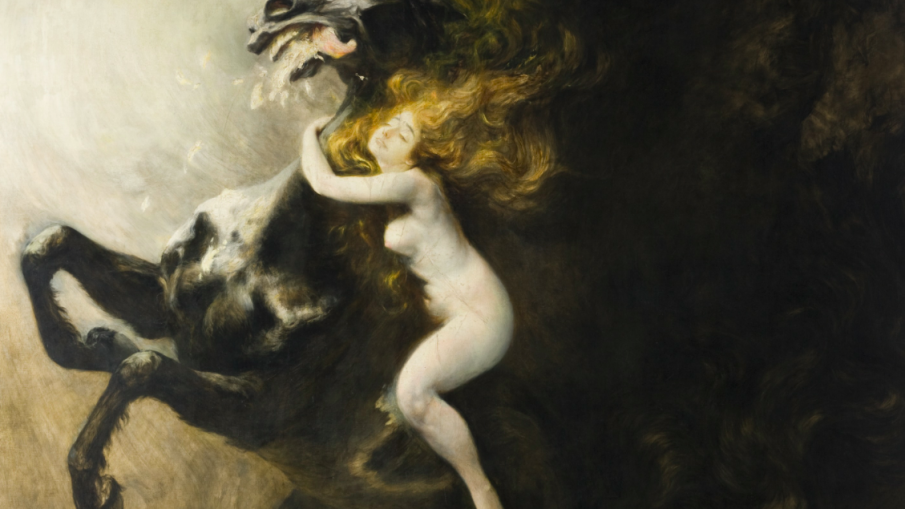 One of the most famous masterpieces in the Gallery of 19th century Polish Art (National Museum, Cracow), is “Frenzy of Exultations” by Władysław Podkowiński. It is a painting that still amazes the viewers, although it is over a 100 years old and in spite of the fact that in 21st century no-one is shocked by the nudity anymore. Let’s have a closer look at this unusual piece of art. 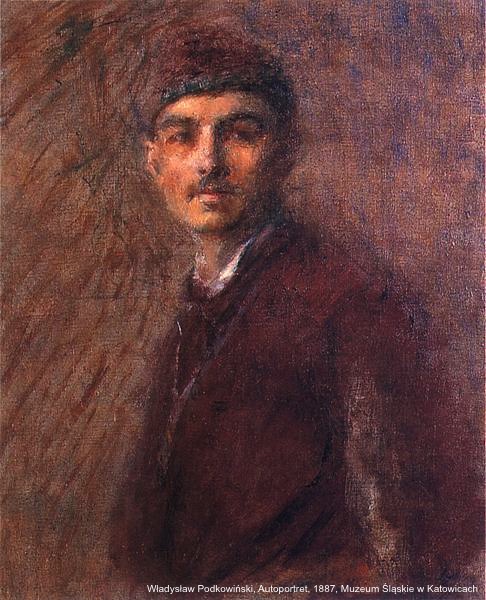 Władysław Podkowiński was born in Warsaw on 4th February 1866. He was studying in the Government Class of the Design, and later at the Petersburg Academy. Of course, we know that students are usually rather poor, but Podkowiński was beyond all the stereotypes. He slept on the floor, as he couldn’t afford any furniture, and he managed to eat a warm meal up to three times a week. Soon his health started to decline. Later, he went to Paris with his friend Józef Pankiewicz; they spent a winter there (1889/90), but they worked in a studio with no heating. That just had to end with the tuberculosis.

When Podkowiński came back to Warsaw, he started to make a career as a painter, mostly as an impressionist. He used to visit the Kotarbiński family in their family estate Chrzęsne, and unfortunately he fell in love with the lady Ewa Kotarbińska, the wife of his host. It is said that she refused to be the mistress of an artist and after being rejected he spend the whole night in the wet garden. It couldn’t end well, especially because of his tuberculosis.

Władysław Podkowiński worked on the painting “Frenzy of Exultations” between 1893 and 1894, but he thought about it earlier, as we can assume from his sketches. The painting is made with oil on linen (310 x 275 cm). It was shown in the Zachęta Gallery in Warsaw in march 1894 and only during the first day of the exhibition 1000 people came to see it. During a month it attracted ca. 12 000 viewers. It is not true that people condemned the painting due to its erotic content; in fact, “Frenzy” was very well received and only few representants of the conservative bourgeoisie were a bit shocked. It is a symbolic painting that is equal to the best Western-European examples of its time. 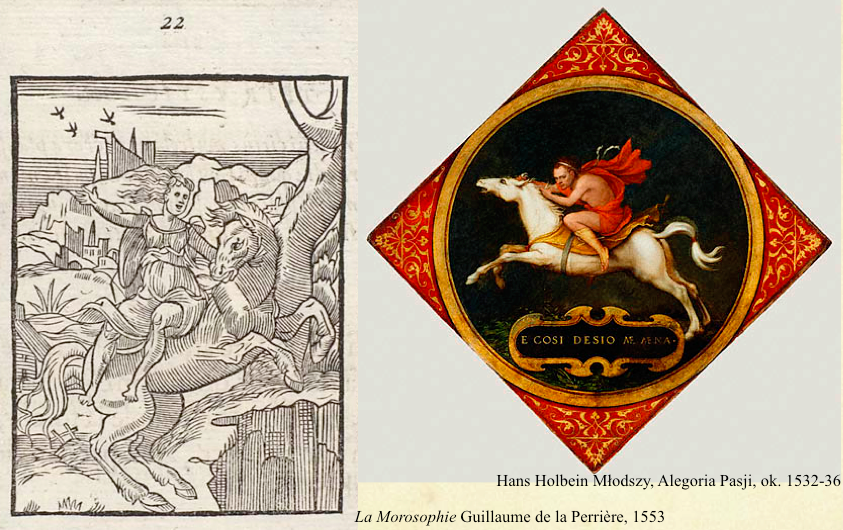 Platon claimed, that the black horse symbolizes the negative passions of the soul. One of the Four Riders of the Apocalypse rides the black horse: it is a Hunger. The motif of a woman on a running horse appears also in the emblem books of the 16th century, as an allegory of the blind lust. Basically in European culture a person on the running horse symbolizes passion and desire. Symbolism is a movement that was popular mainly by the end of the 19th century. It assumed that the real world is beyond the matter and is impossible to recognize with senses and in any rational way. Symbolists focused on the emotions, with the dominating aspect of madness and desire. Additionally, the fascination on the erotic themes was connected with creating the image of femme fatale: a tempting beauty whose aim is to seduce men and destroy them. In the painting ca. 1900, we can often see black-hair or red-hair women, which is not only a question of fashion and temporary beauty models, but mainly refers to the image of a witch. Good princeses and female saints were usually blondes; we often understand dark hair as a sign of evil. Red hair is even worse: it is a colour of fire, blood, desire; it is unbridled, but also referse to false. Judas was supposed to have red hair (and so did Achilles, but that’s another story). As a result, there are lots of dangerous women depicted as red-hair in the art around 1900. They are biblical Eves and mythological Sirenes. 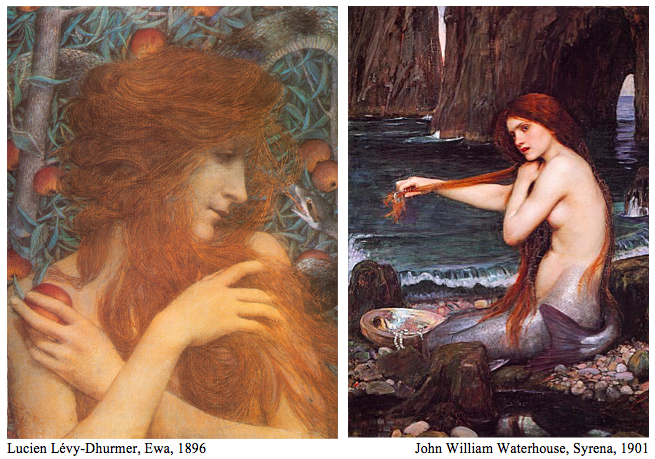 “Frenzy” by Podkowiński earned a lot of attention, but no-one bought it. The highest offered price was 3000 rubles, while the artist demanded 10 000! It was a price that was impossibly high; at that time the income of a general was around 2000 rubles per annum.

There was a scandal, by the end of the exhibition. The family of Ewa Kotarbińska accused the painter that he dared to show Mrs Ewa as a naked lady in his painting. She actually had dark hair and her portrait (now lost) showed that her face might have been a little similar to the face of the woman from “Frenzy”, but the resemblance is not striking. Unless it was not the face that proved the resemblance! There was a rumor that Podkowiński might have in fact seen the rest of Mrs. Kotarbińska’s body… 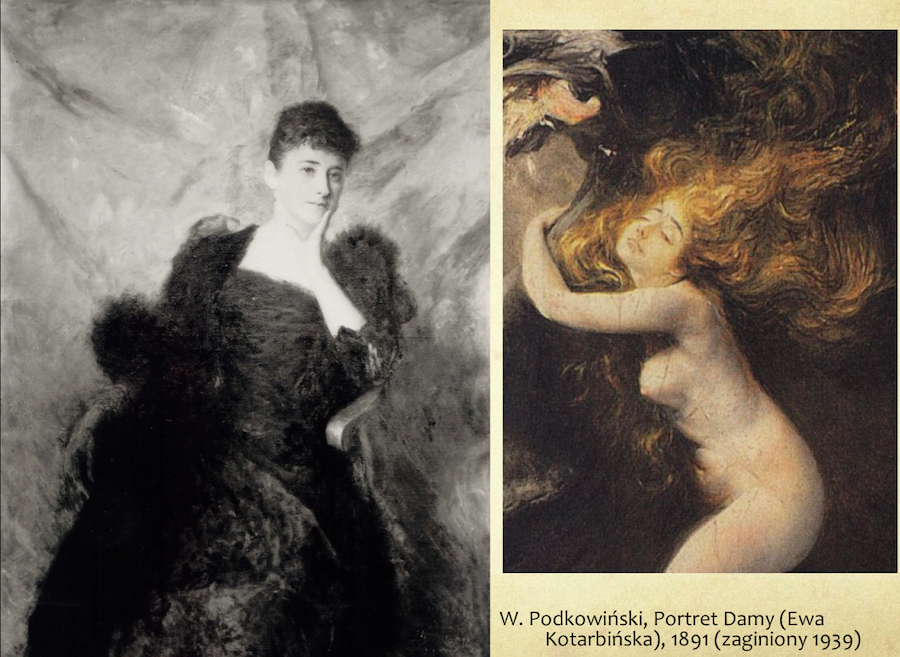 Anyway, the painter got upset. We don’t finally know why, but by the end of the exhibition he came to the gallery and cut his painting with the knife. Of course, it is now glued, but you can still see the scars. It looks like all the anger concentrated on the depicted woman. 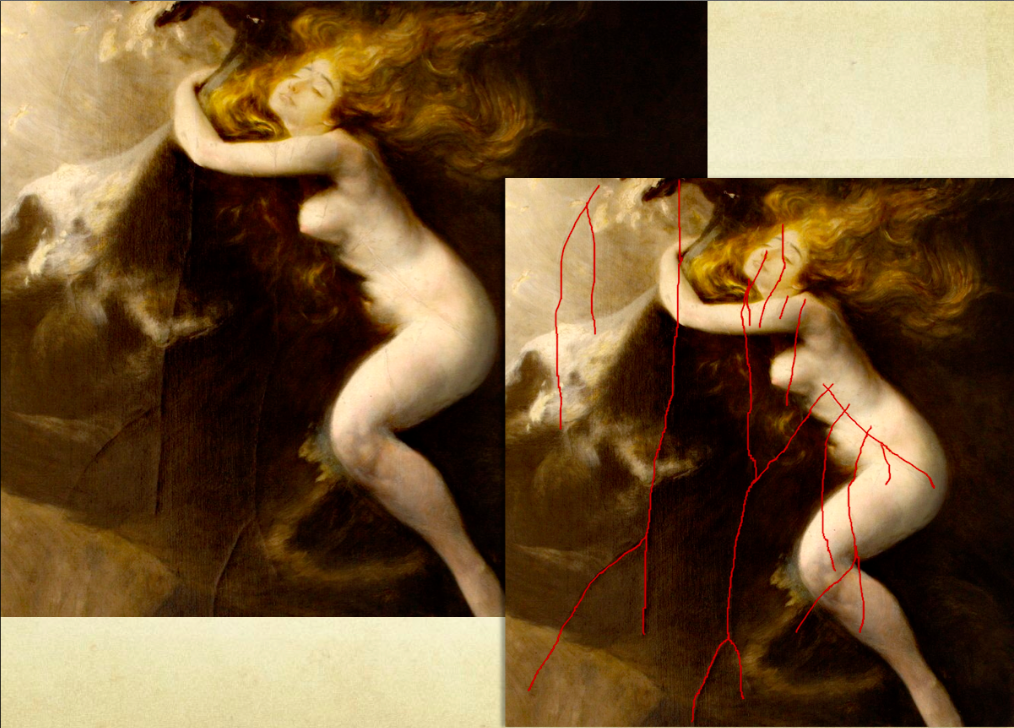 Władysław Podkowiński died due to the tuberculosis on January 5th 1895, at the age of 29. His mother rented “Frenzy” for various exhibitions and finally sold the painting for only 1000 rubles. Feliks Jasieński, who bought it, donated it in 1904 to the National Museum of Cracow. At the beginning of the 20th century the painting was so popular, that the poets wrote many poems about it. Here are some samples:

[I looked at that frisky painting

destroying the walls of Zachęta

that painting, drunk with the frenzy!

On the furious beast there’s a feminine animal

Burning with the heat of fiery hair…

Naked and desiring for passion

And hitting into the abyss!]

[The pair of yeasty eyes enlightens the darkness

Yeasty mouth, the horse hoofs are transecting the air,

Her body overhangs, she’s a beautiful slave of the frenzy]

the naked earth of the rock walls, the slippery blood will drop,

the pieces of thorn bodies will hang over the edge”.

The woman throws the crest but the horse still runs.

It toppled – it will throw back or jump into the abyss?!]

The reception of this painting could be a starting point of an interesting gender study. Is it just me, or is the most interesting element of the painting different for male and female viewers? Men seem to concentrate on a naked lady, while female poets obviously pay most of their attention to the horse!

And that’s the great art: there’s something good for everybody in it.