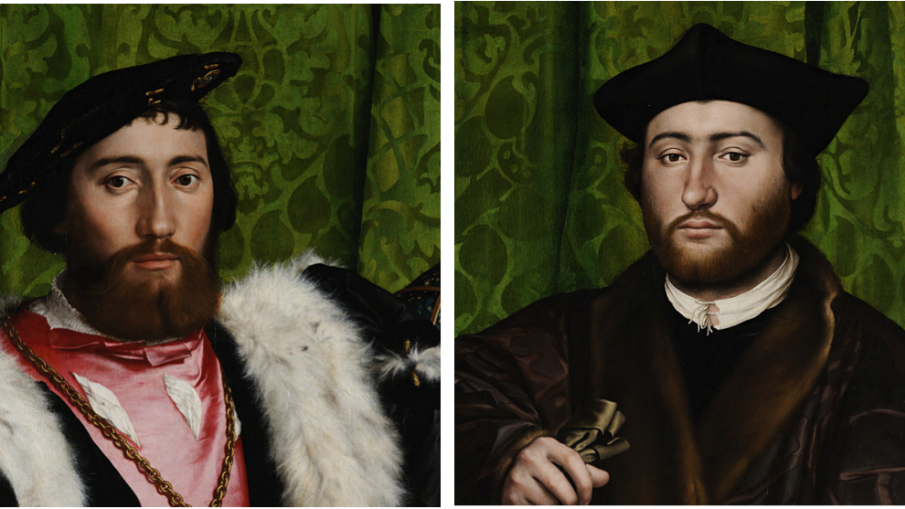 One of the most famous paintings kept in the National Gallery in London, is the double portrait called “The Ambassadors” painted by Hans Holbein the Younger. It shows two noble men standing, with many objects lying on the table between them. Those objects are connected to all that we associate with the Renaissance: the arts, the sciences, the discoveries. And there is an odd shape in the front, just by the men’s feet. What is actually happening here?

It was spring 1533, when Henry VIII Tudor married Anne Boleyn after breaking up with Rome and getting rid of his first wife. France was represented at the wedding by those two men depicted in the painting: noble man Jean de Dinteville and the bishop of Lavaur, George de Selve. Hans Holbein the Younger was a German painter who worked on the English court at that time. Jean de Dinteville ordered the portrait by Holbein and took it to France. In the 18th century the portrait was bought by the English Lord Randor, and in 1890 it was purchased by the National Gallery in London.

By the time the portrait was created, that is in 1533, Jean de Dinteville was 29, and the bishop George de Selve was 25. In spite of being so young, they were already very wealthy and powerful. It is the era of the Renaissance, the age of  the Humanism, the Reformation and the Great Discoveries. That is why the gentlemen are depicted with the objects as the globes (terrestrial and celestial), the astronomical devices (such as a quadrant or a torquetum), the sundials, the musical instruments, the books (including a song book with a hymn translated by Luther), and even an oriental carpet. But one of the strings of the lute is broken. Something is not entirely right… 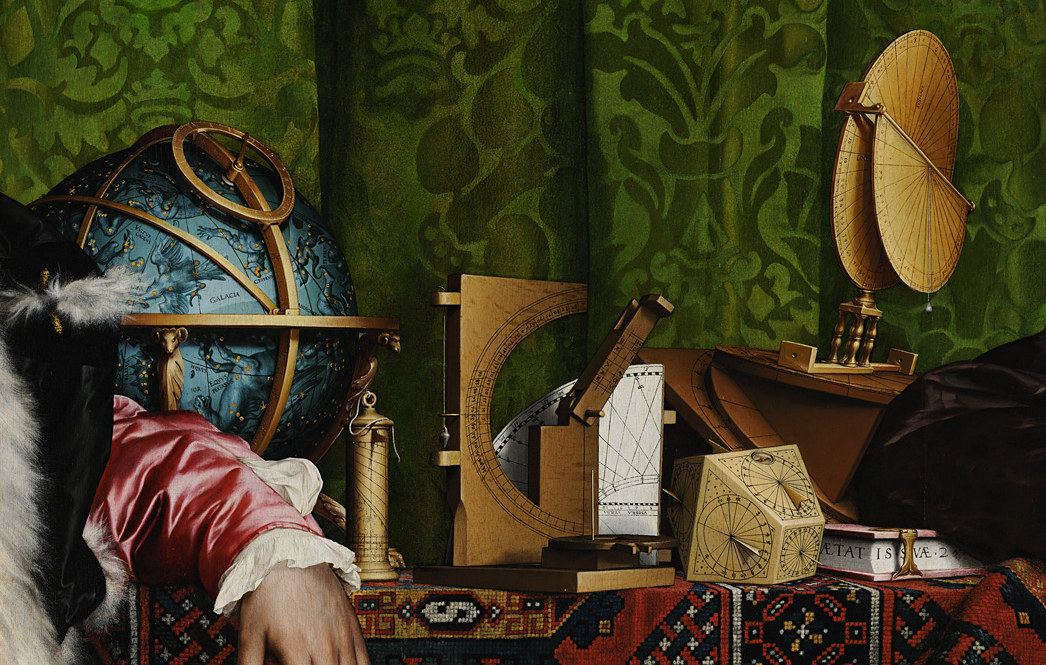 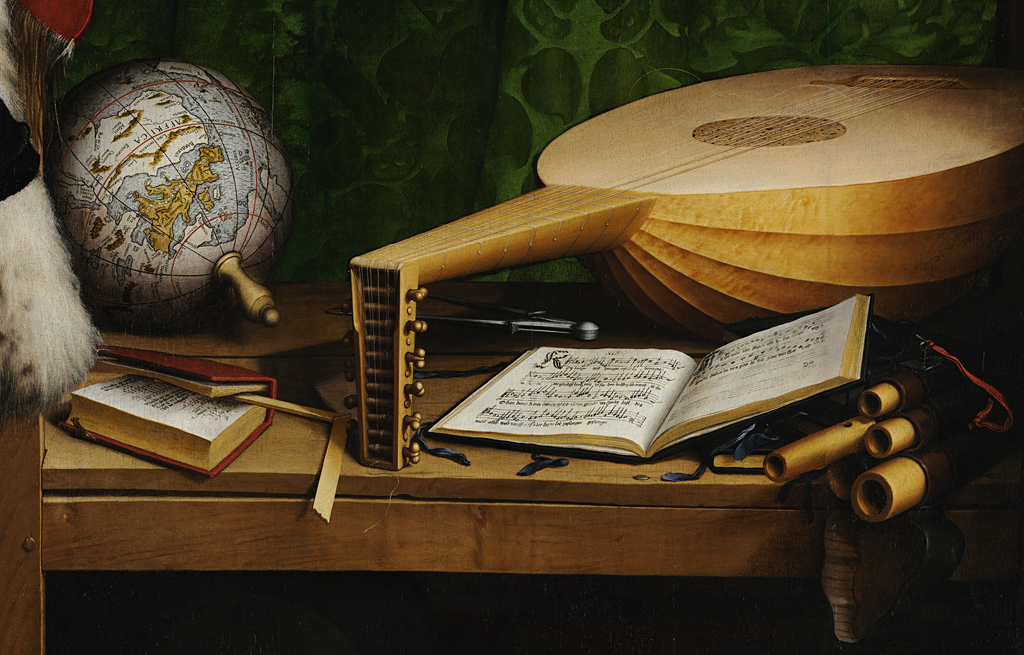 They are young, they are rich and they are powerful. They are the sons of the age that turns away from the Medieval piety. There is no crucifix among the objects on the table, they don’t think they would need it, even though one of them is a man of clergy. Actually, there is a crucifix present in that painting, but it is hidden behind the curtain in the back. It is barely visible by the left edge of the painting. It waits for them to discover that they might actually need it soon. 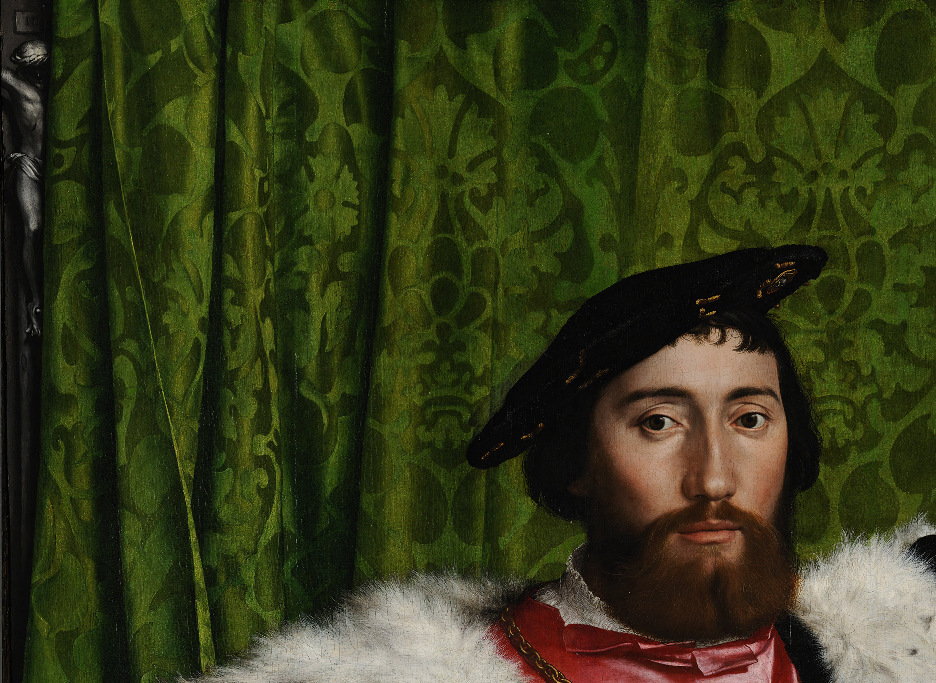 Why would they need their faith? The answer is hidden in the object on the floor.

The object is actually something called anamorphosis: a deformed depiction that becomes recognizable at certain point of view. In this case it is 27 degrees, and when we look at this painting from that angle, we will see that the object is a human skull. 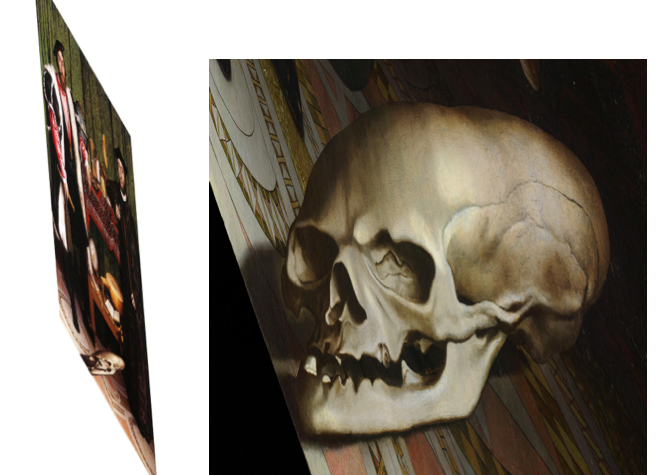 There is a theory that says that the painting was intended to be placed at the staircase, so the people going there would at one moment look at the painting on that particular angle. And then it all becomes clear: the wealthy young men are not aware of the fact that there is the death so close to them. It will get them sooner then they assume: Jean de Dinteville died at the age of 51, and George de Selve died at the age of 33. Who remembers them today?

Memento Mori – that is what the painting tells us. It is supposed to be a Renaissance masterpiece, but that sentence (“remember about the death”) seems to be so Medieval… It is fascinating, how valid this message still is, and it is quite disturbing for us today. But the thought of the inevitability of death should not depress us, but rather encourage us to enjoy every single moment of our lives. So, let’s do that.

There is a Polish song by Jacek Kaczmarski about this painting;