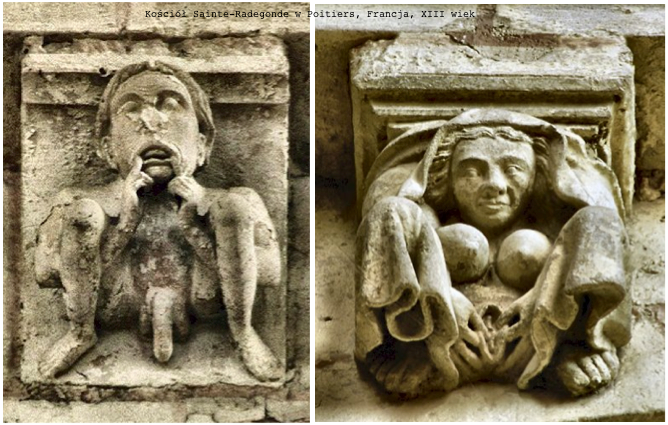 There has been quite a big scandal in Poland recently – one of the journals revealed the tapes with the records of Polish politicians. Among other things, one of them (a minister Sienkiewicz) described situation in our country using vulgar phrase, that could be translated as “a dick, an ass and a pile of stones” (it doesn’t make much sense in English, in Polish it rhymes). Well, I guess we could take this sentence literally: let’s talk about dicks and asses. And the stones too, as it is all about romanesque sculpture. 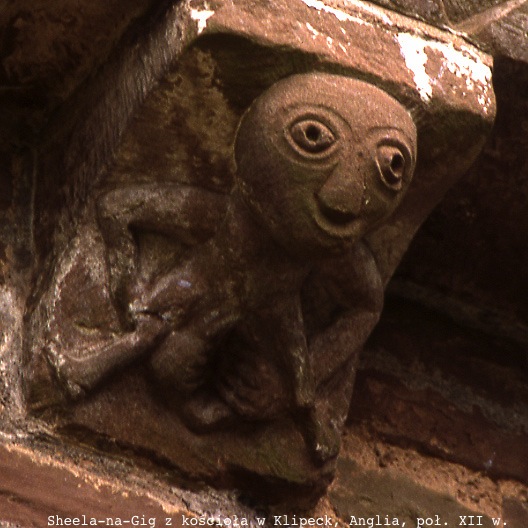 So called Sheela-na-Gigs are the depictions of women exposing their genitals, popular in romanesque sculpture, especially in Britain and Ireland. Most of them probably date back to 12th century, although it is difficult to date them. Joanne McMahon and Jack Roberts listed 101 examples from Ireland and 45 from Britain (in their book The Sheela-na-Gigs of Ireland and Britain: The Divine Hag of the Christian Celts – An Illustrated Guide, 2001), although it seems that there is around 1000 of them in the whole Europe. It is possible that Sheela-na-Gig first occurred in France and Spain and was brought to Britain during the Norman conquest. Most of the Sheelas can be found in the places influenced by the Normans. 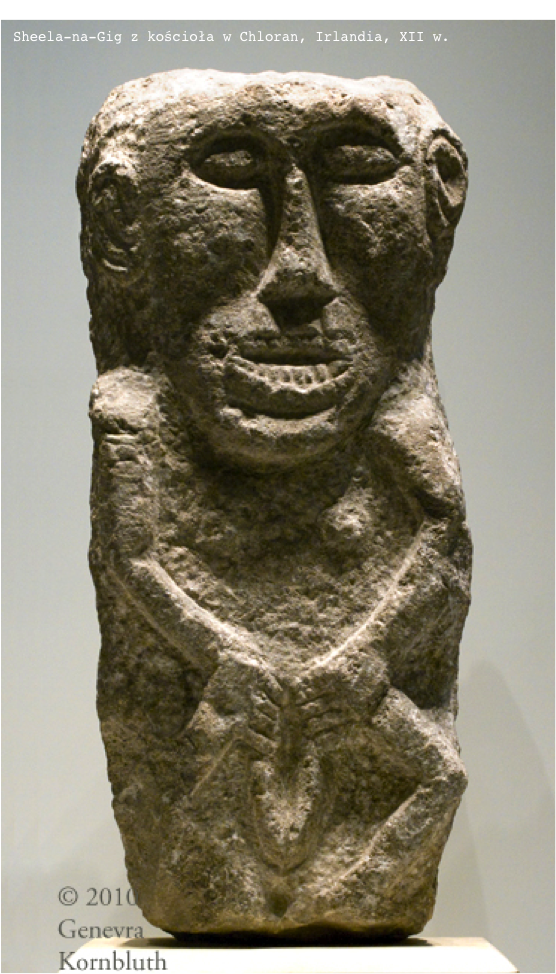 We don’t even know what “Sheela-na-Gig” menas, that name has been used since 1840’s and probably comes from some folklore tradition. Jørgen Andersen thinks it comes from old Irish Sighle na gCíoch (“Old witch and breasts”) or Síle ina Giob (“Síle na kucaka”; Síle would be an Irish version of the Norman name Cecile). The other idea is that Síle na gCíoċ could mean “a sone fetish depicting a fertile woman”. Barbara Freitag noticed, that there was a dance in 18th century that was called Sheela na gig, and she also discovered that “gig” was a Northern English slang word for a woman’s genitals. 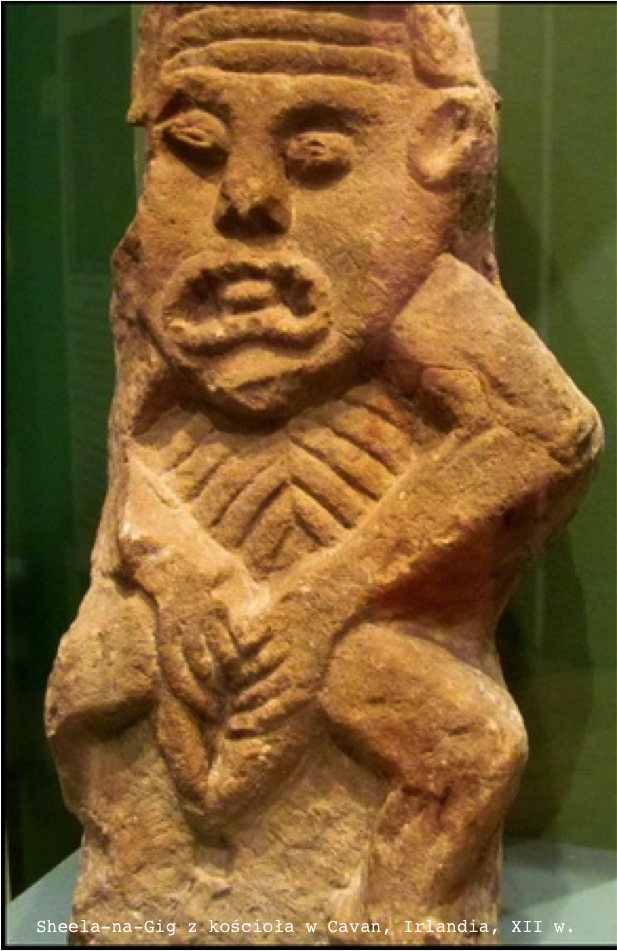 It is possible that those odd depictions are rooted in the northern pagan mythology and the cults of fertility. On the other hand, it could be understood as the illustration of lust and a sexual sin. Many of those sculptures had been destroyed, especially in the parts of the genitals. It could be the result of removing inappropriate depictions from the churches, but it could also be scratched to get some of those parts as the ingredient of a magic love potion.

The pagan origin might be proved by location of the sculptures – they are usually placed in rural churches, where pagan cults of fertility connected to the deities of nature were vivid for much longer time. A low artistic quality of the sculptures might be caused by the fact that local artists more often repeated old folk forms of the art. 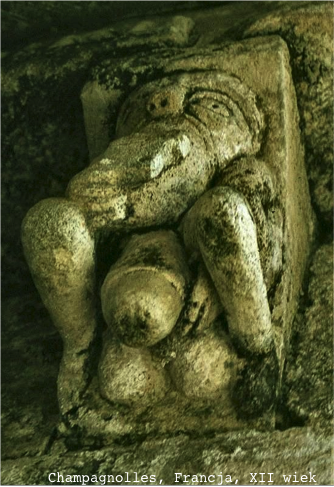 What about male genitals, present in the title of this post? Well, it also appears, but rather on the continent, mostly in France. It was quite popular there for a long time, as we have some depictions even from 13th century (as the sculptures from Poitiers, shown at the top of this post). So it looks like in Britain there was a cult of female fertility, and on the continent male potency also counted… Anyway, looking at those old romanesque sculptures, which meaning we no longer understand, we end up with an odd conclusion: old cults go away, as well as old artists and old rulers. And what stays? We know what. We could just try to name it more politely: the genitals (both male and female) and a significant amount of the stone remains.