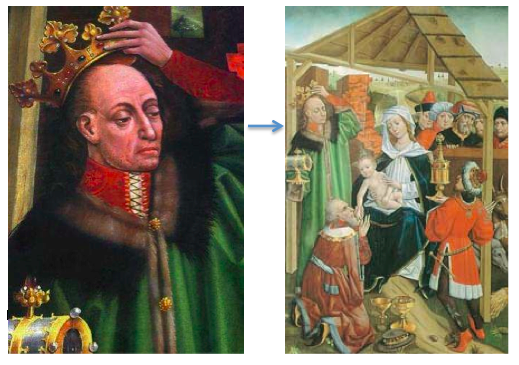 Among the chapels in Cracow’s cathedral there is a gothic one: a Chapel of Holy Cross. Inside you will find (aside from a famous tomb of Polish king Kazimierz Jagiellończyk, sculpted by Veit Stoss) two gothic triptychs. One of them, a Triptych of Our Lady of Sorrows, contains a depiction of the Epiphany. One of the Three Kings in this panel looks quite familiar!

Jan Długosz described him: “His hight was poor, his face was narrow, thin, tapering by the chin. His head was small, long, completely bald […] His eyes were small and black.” Who is it? It is a progenitor of the Jagiellonian dynasty, Władysław Jagiełło. We can compare the face of a king from the altar and the face from Jagiełło’s tomb and the resemblance is quite obvious. 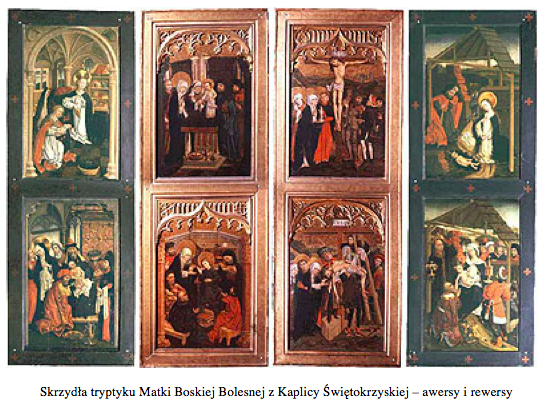 The triptych of Our Lady of Sorrows is an altarpiece created in Cracow around 1470. It was founded to the Holy Cross Chapel (where it still is) by the king Kazimierz Jagiellończyk and his wife Elżbieta Rakuszanka. Probably that was king Kazimierz who decided that one of the Three Kings in the altar should have a face of Kazimierz’s father, Władysław Jagiełło. Such hidden portraits were actually quite popular in Middle Ages: a very good example is the Epiphany in Saint Columba Altarpiece by Rogier van der Weyden (ca 1455, Munich, Alte Pinakothek). The youngest king in that painting looks like Charles the Bold, duke of Burgundy (1467-77), whose face we know from his portrait (shown below). 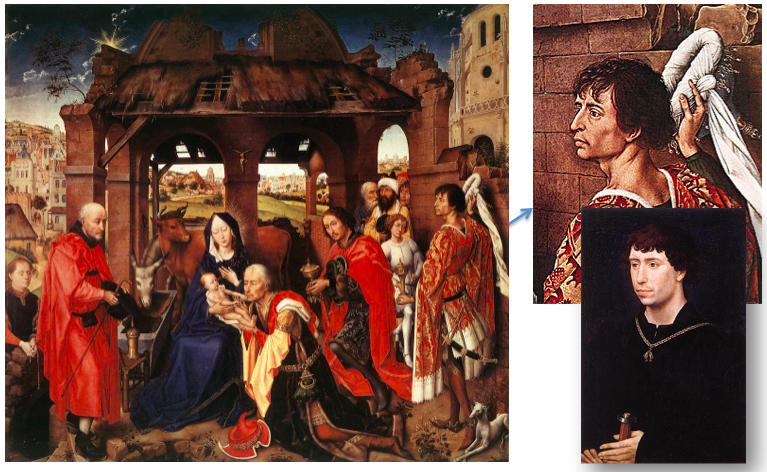 And what do we know about Władyslaw Jagiełło besides how he looked? The story of his life is actually quite interesting. As a king of Poland he had four wives, and each marriage had its own scandal (even his first, holy wife – saint Hedwig – was once accused of cheating on him). Unfortunately, usually when we learn history we focus on the battles and statistics, and we do not search for the real human face of the people who lived in the past. 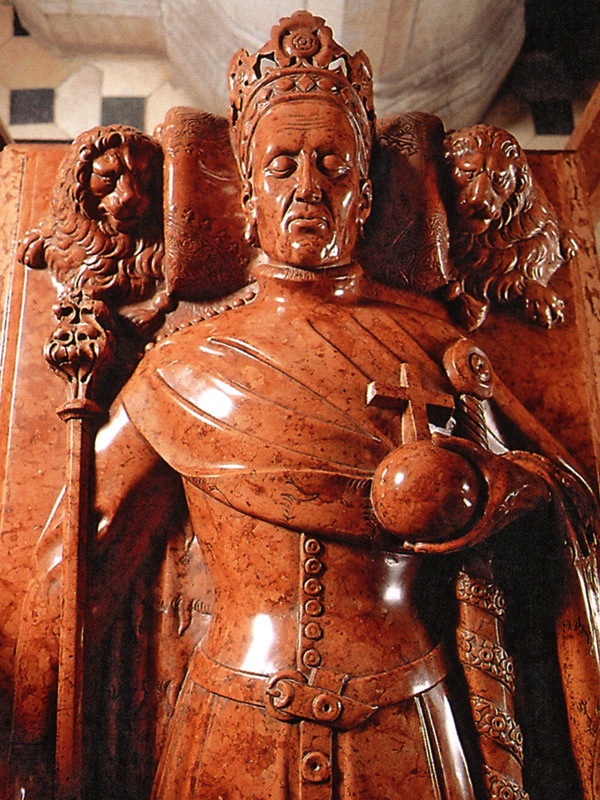 Getting back to Jagiełło: we actually know quite much about him thanks to the Chronicles by Jan Długosz. In spite of being baptized, Jagiełło kept some strange pagan habits, for example, as Długosz wrote, he used to throw hairs from his beard and he placed them between his fingers and then washed his hands. Also, any time he left his home he turned around three times and thrown a straw in three pieces on the ground. Długosz also seemed to be taken aback by the fact that Jagiełło used to bath “every third day or even more often”! Actually, such often (as for Middle Ages) bathing could indicate obsessive–compulsive disorder, especially as Jagiełło, according to Długosz, “didn’t like anyone to touch his clothes, his bed, his horse, his napkin, his chalice and other things he used”. Can you imagine Polish king like a dwarf from the fairy tale Snow White, asking “Who has been drinking from my cup?”

On the other hand, Jagiełło had his little pleasures. He liked to watch a swing swinging, and according to Długosz, he used to secretly eat sweet pears. Well, it looks like already in Middle Ages eating sweets was considered a weakness, even for a king. On the other hand, Jagiełło used to do other things on plain sight. As Długosz wrote: “he used to get up late and after leaving his bed he went straightly to the toilet, where he used to spent a long time, dealing with many affairs. He was never as accessible as at that moment, so everyone tried to use it to get what they wanted from him”. It looks like he considered a toilet seat quite a good throne. 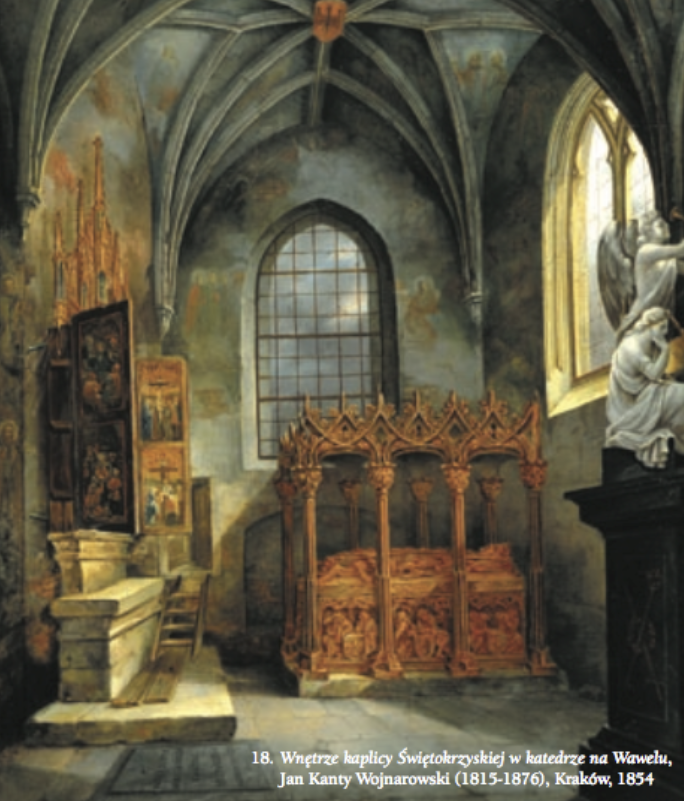 If you ever have a chance to visit Cracow’s cathedral, take a look at the old altar in the Holy Cross Chapel. Look at one of the Three Kings, who has a face of a Polish king. You might think of a man who used to turn around three times before he left the house, or about a guy who ate the pears when no-one looked, but who enabled others talk to him while he sits on a toilet. One thing is sure: you will think of that first, before you remember his victories or political affairs. Those details show us a real human being living centuries ago, and that is how we should learn history. Because history is built by people, not by monuments.