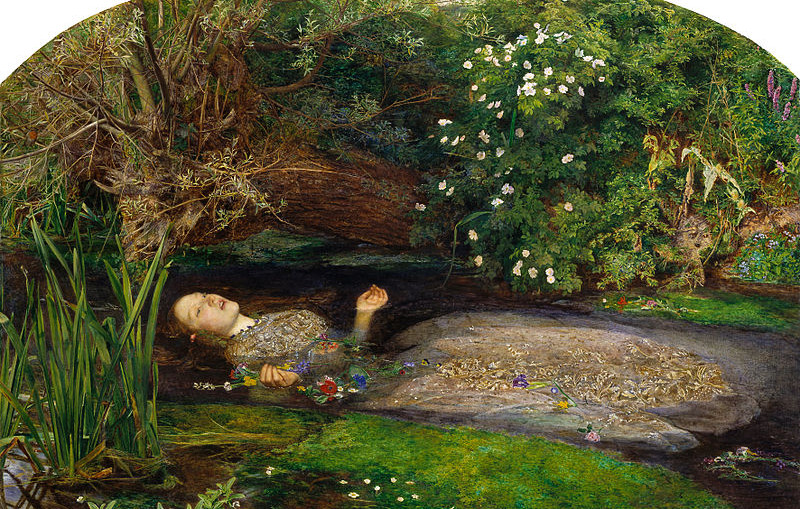 “Ophelia” is one of the most famous 19th-century English paintings. It was created in 1851-52 by John Everett Millais, and is now kept in the Tate Gallery in London. It depicts Ophelia, a character from Shakespeare’s play Hamlet, singing before she drowns in a river in Denmark.

In 1848 John Everett Millais, William Holman Hunt and Dante Gabriel Rossetti (who were the students of The Royal Academy of Art) founded a  group called The Pre-Raphaelite Brotherhood. They rejected Academic art and they were fascinated with medieval culture. They were influenced by early-Renaissance italian painting (before Raphael, hence the name “Pre-Raphaelites”) and they often focused on the subjects from the old English literature.

At first Millais painted the landscape, later he added the figure of Ophelia. She was modelled by Elizabeth Siddal (age 22), who had to lie for many hours fully clothed in a full bathtub. It was winter and it was cold, so Millais placed oil lamps under the tub to warm the water, but they finally went out and the water turned icy cold. Lizzy got sick; it was a severe cold, or perhaps a pneumonia. Elizabeth’s father got quite angry and demanded £50 for medical expenses –   Millais eventually paid, but a lower sum. Well, he was a student and a painter, no-one should expect him to have money… 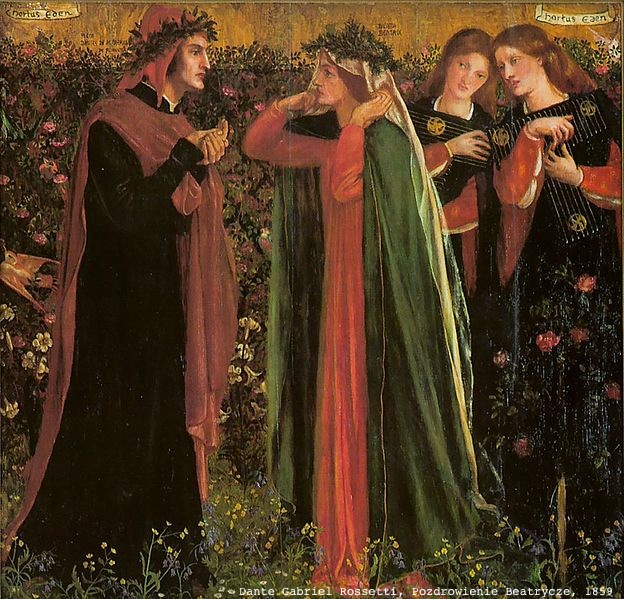 Elizabeth was a model of the Pre-Raphaelites, but especially of Dante Gabriel Rossetti. He depicted her few times as Beatrice, Dante Alighieri’s true love. When Lizzy and Dante Gabriel got engaged, Siddal began to study with him. Her self-portrait, compared with a photo and the paintings by Rossetti, shows that she didn’t consider herself as beautiful as she in fact was. She also wrote poetry, often with dark themes about lost love or the impossibility of true love.

Meanwhile, Rossetti adored her: she was his muse both in painting and poetry. On the other hand, he had broken the engagement off several times and was known to have had affairs with other women. In 1860 they finally got married. The wedding was a very small ceremony, as Rossetti’s family didn’t approve their relationship because Lizzy came from a working-class family. At the time of the wedding she was also quite ill, so she had to be carried to the church. She became severely depressed (probably partly because of the health problems and partly due to Rossetti’s infidelity) and her long illness gave her access to laudanum to which she became addicted. 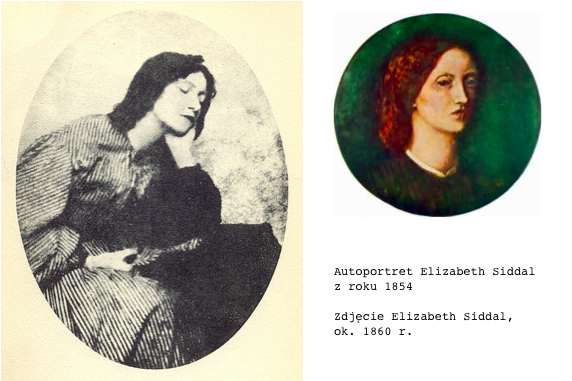 In 1861 Lizzy became pregnant and gave birth to a stillborn daughter. In February 1861, being pregnant again, she overdosed on laudanum. Rossetti sent for four doctors and a stomach pump was used, but she didn’t make it. Although her death was ruled accidental, there are suggestions that Rossetti found a suicide note and destroyed it to provide her a Christian burial and to avoid a scandal.

Overcome with grief, Rossetti enclosed in Elisabeth’s coffin a journal containing the only copy he had of his many poems. In 1863-70 he painted a  famous “Beata Beatrix”, depicting his deceased wife as Dante’s Beatrice. She seems half-conscious, and a bird places a poppy in her hands, which symbolizes death and also refers to the opium. 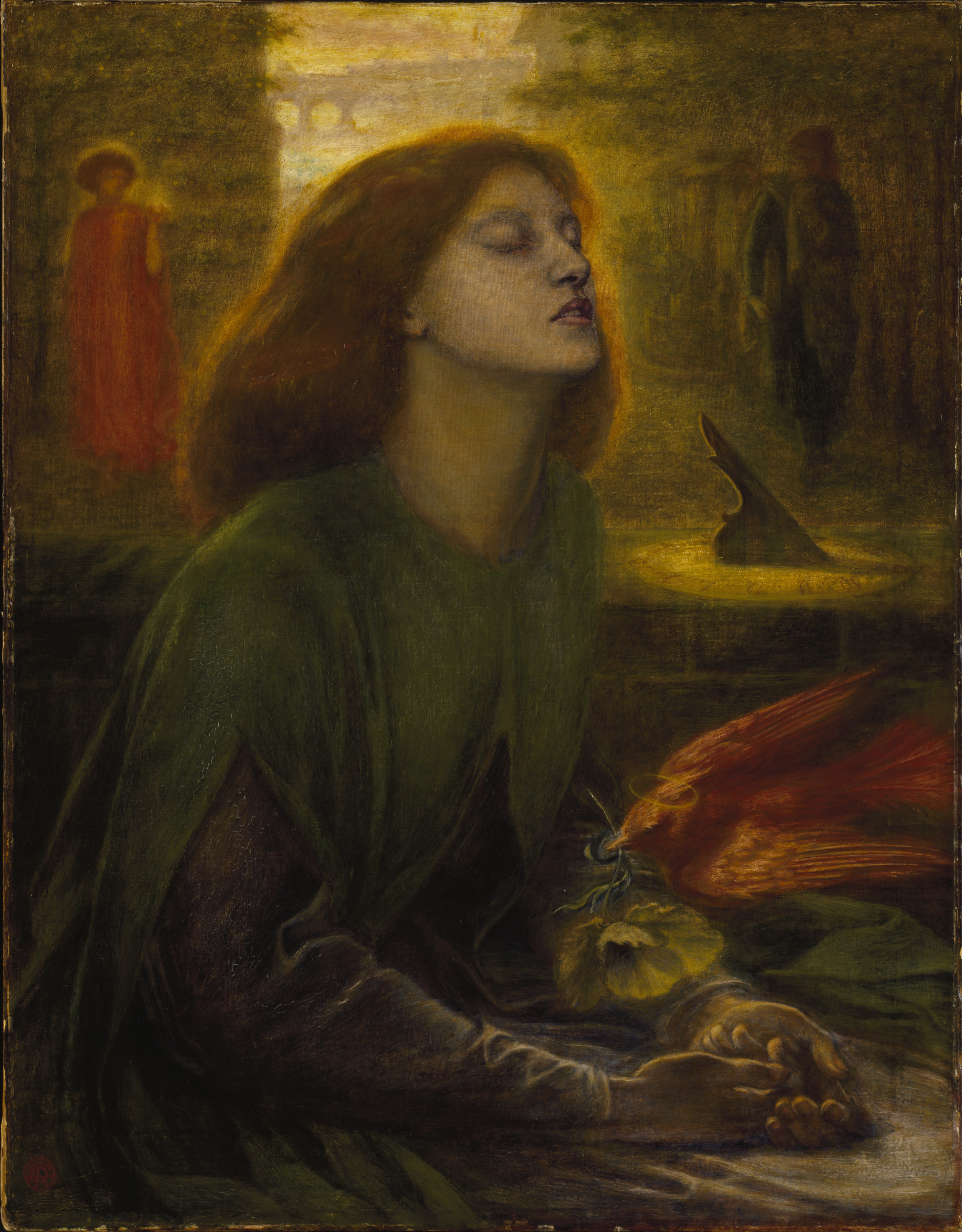 But as we know, time heals all wounds. After few years Rossetti decided that he wants his poems back, which meant he needed to open the coffin. He was too sensitive to do that himself, but he had an agent Charles Augustus Howell, who handled the exhumation for him. Howell later claimed that Lizzy’s body was remarkably well preserved and that her hair must have continued to grow after death as the coffin was filled with her flowing coppery hair. The journal was retrieved a bit destroyed as a worm had burrowed through the book. Rossetti was haunted by the exhumation through the rest of his life, although he did not actually take a part in it. 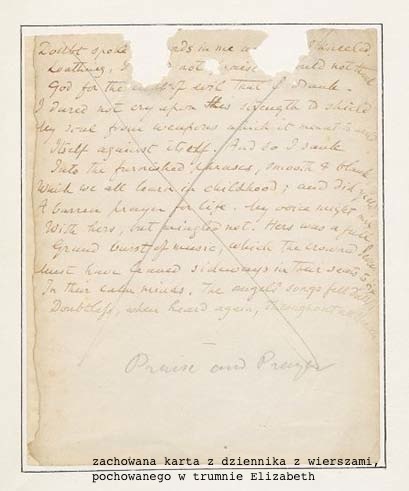 The conclusion is quite sad: you need to be very patient to share a life with the artist. You might get depressed while you are alive and you might not be left to rest in peace when you are dead. Well, that is a price for being a muse.

You can find additional information and sources on Elizabeth Siddal on a website dedicated to her: http://lizziesiddal.com/

As a postscript I recommend you watching a videoclip that shows nowadays’ reference to Millais’ “Ophelia”, and also suits here as a story about the destructive love. Enjoy: