We will soon celebrate Palm Sunday, then Holy Week, and finally – Easter. In the past, especially in the Middle Ages, it was like a festival of theater – there were plays dedicated to the Christ’s Passion almost for each day. The earliest drama of this kind that we know showed the moment when the Three Marys came to the sepulchre of Jesus and found it empty.  It had been performed since at least 10th century at the Benedictine Abbey of Monte Cassino. Medieval mystery plays were performed for common people – they contained the elements of comedy; for example, Saint Peter would fall while running to Christ’s sepulchre and that’s why Saint John would reach it first. Those plays were actually often getting close to a farce, and also they were more like nowadays’ happenings: the viewers not only watched, but also participated in the active way. 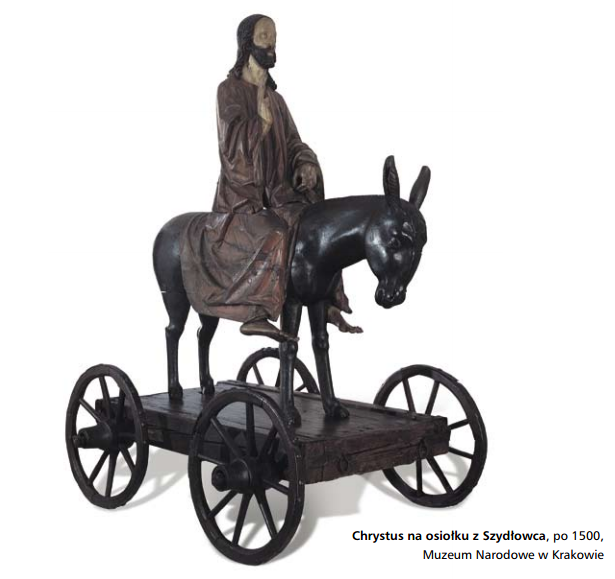 There was a procession on Palm Sunday. We know that in Jerusalem already in the 4th century Christians walked on that day from the Mount of Olives to the Church of the Holy Sepulchre, carrying the palms. Later processions used the sculpture of Christ on the donkey, so called Palm Donkey. There are over 400 places that we can link either with preserved Palm Donkey sculptures or with the tradition of using such in the past. The earliest known source that tells us about using such an image is a hagiography of Saint Urlich, Vita Ulrici (982–992) – a depiction of Christ on the donkey is mentioned there, so it clearly refers to the work of art, not to an actor. Palm Donkeys had been created from the 10th to the 18th century, but most of the preserved examples date back to the turn of the 15th  and 16th centuries. The one preserved in the National Museum in Cracow comes from Szydłowiec (a town in Mazovian Voivodeship, but historically belonging to Lesser Poland) and dates back to ca. 1500. 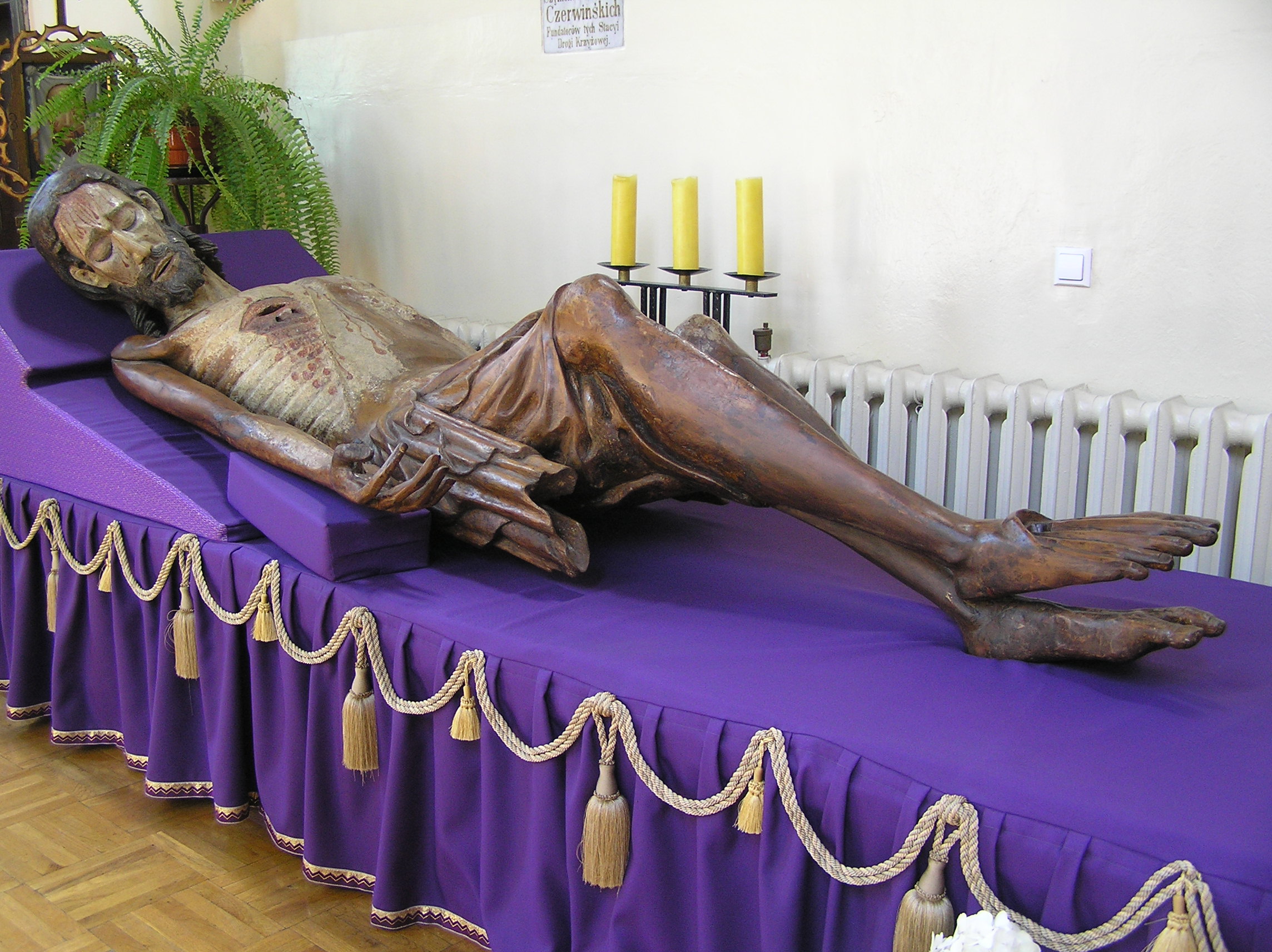 Obviously, most of the mystery plays focused on the Passion of Christ, and there were also sculptures created to be used in those dramas. It was often the articulated sculpture of Christ – usually it had mobile arms, so it was possible to cross such sculpture and later deposit it from the cross and place in the sepulchre. There is a 14th century example of such figure kept in the Sisters’ of Charity convent in Chełmno (showed above). There is also a unique (and extreme) example kept in Museu Grão Vasco in Viseu (Portugal) – it is a 12th century Christ articulated at the neck, arms, elbows and wrists, knees, left hip and two feet. That was highly usable Christ – it could have served very well for all the stages of the Passion. It is almost as if it was labeled “The Passion of Christ – do it yourself!” 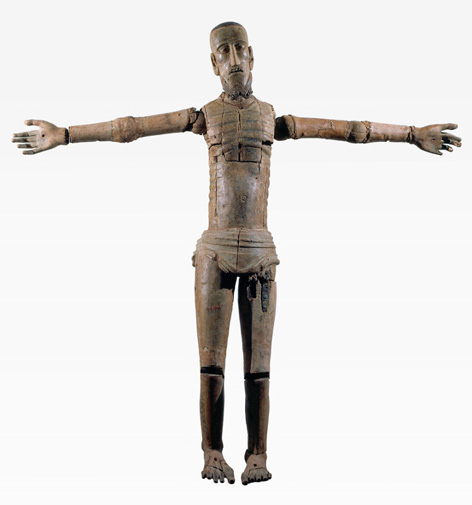 Most of the mysteries were banned by the Council of Trent, and the Palm Donkey processions were criticized at the time of Renaissance and Reformation, and finally banned at the Age of Enlightenment. Well, we must admit that there were some problems with those processions – for example, the Chronicles of the Landshut city tell us that there were beer sellers walking with the procession, so by the end there was no-one sober, except for the Savior and the donkey. Today the tradition of mystery plays comes back; in Szydłowiec, there has been a procession with the copy of medieval Palm Donkey since 2005. Of course, nobody drinks alcohol during those processions anymore. It is forbidden in Poland to drink outdoors.

If you would like to read about the portugese articulated Christ sculpture, you can check out the article by Carla Varela Fernandes: PATHOS – the bodies of Christ on the Cross. Rhetoric of suffering in wooden sculpture found in Portugal, twelfth-fourteenth centuries. A few examples, RIHA Journal 0078 | 28 November 2013