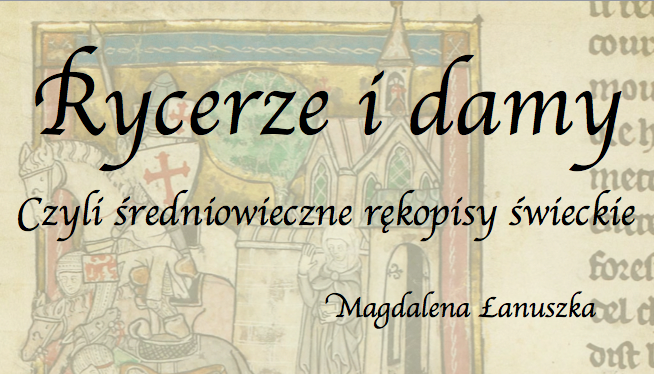 The lecture on secular medieval manuscripts  will be provided by me on Saturday March 22nd exclusively for the students of the Barbara Bodziony’s School of Calligraphy and Illumination. It will mainly focus on the texts of medieval poems of knights and kings, such as Charlemagne, King Arthur or Alexander the Great.