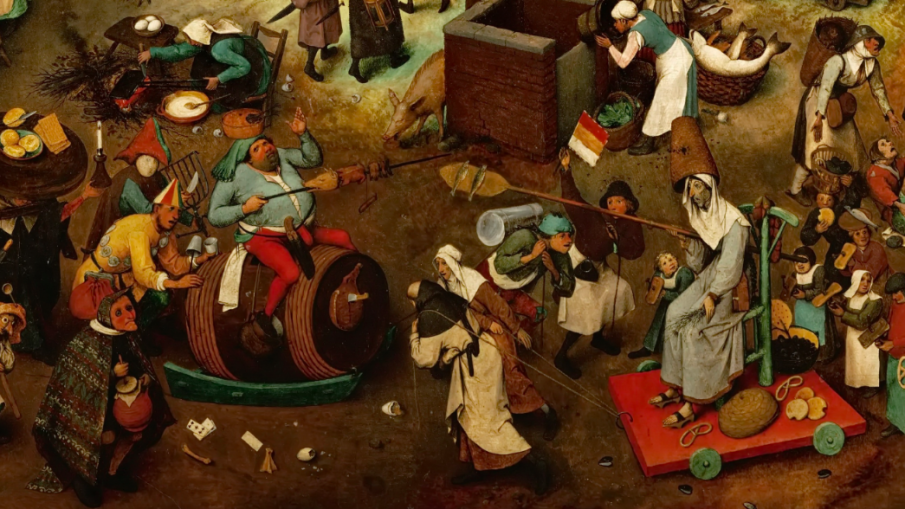 The famous painting by Pieter Brueghel the Elder entitled “The Fight Between Carnival and Lent” is signed and dated (1559). It probably belonged to the collection of the Emperor Rudolf II, and in the 18th century it was moved from Vienna treasury to the gallery – today it is kept in Kunsthistorisches Museum in Vienna. It refers to the moment we have celebrated this week – when at midnight Shrove Tuesday turns to Ash Wednesday. Back then people took the lent fasting more seriously, but also they celebrated the carnival till its last minutes. Nowadays we tend to think on Pancake Tuesday: well, I can’t have too much fun today, I need to get up early and go to work tomorrow…

Actually, today lent seems to be just a religious ritual, often empty – also because of the change in the food availability. And it is not just the fact that we no longer have to adjust to the natural vegetation cycles, as we can buy the strawberries in Tesco even in January. It is something more: today certain products’ status has changed. For example, “fast-day” honey or fishes are now quite expensive, at least comparing to the meat or the eggs that today are quite cheap, but once used to be expensive.

But most important thing is that the lent took place in the time of a hungry gap – when there’s not much left from the winter food reserves and there are still no new crops. In fact, the lent back then had an important social role. On one hand, it was just easier to survive the hungry gap when fasting added to it an extra religious meaning. On the other hand, nothing makes people as angry as hunger combined with the frustration on the gap between rich and poor. So, making everyone fast at the time of the hunger gap was a perfect solution – the lent made the narrow group of the rich refrain from feasting (due to religious reasons) that could anger the hungry rest of the society. Thanks to that hungry poor were not tempted at that difficult time to think about any social revolution.

The painting that we talk about here is divided into two parts: to the left there’s still a carnival, while to the right the lent begun. On one side people still have fun, on the other – they atone. No-one is perfect: on the side of the carnival there are drinkers and gluttons, and among the penitents we would surely find some hypocrites. In the foreground we can see a duel – that is an actual fight between Carnival and Lent. 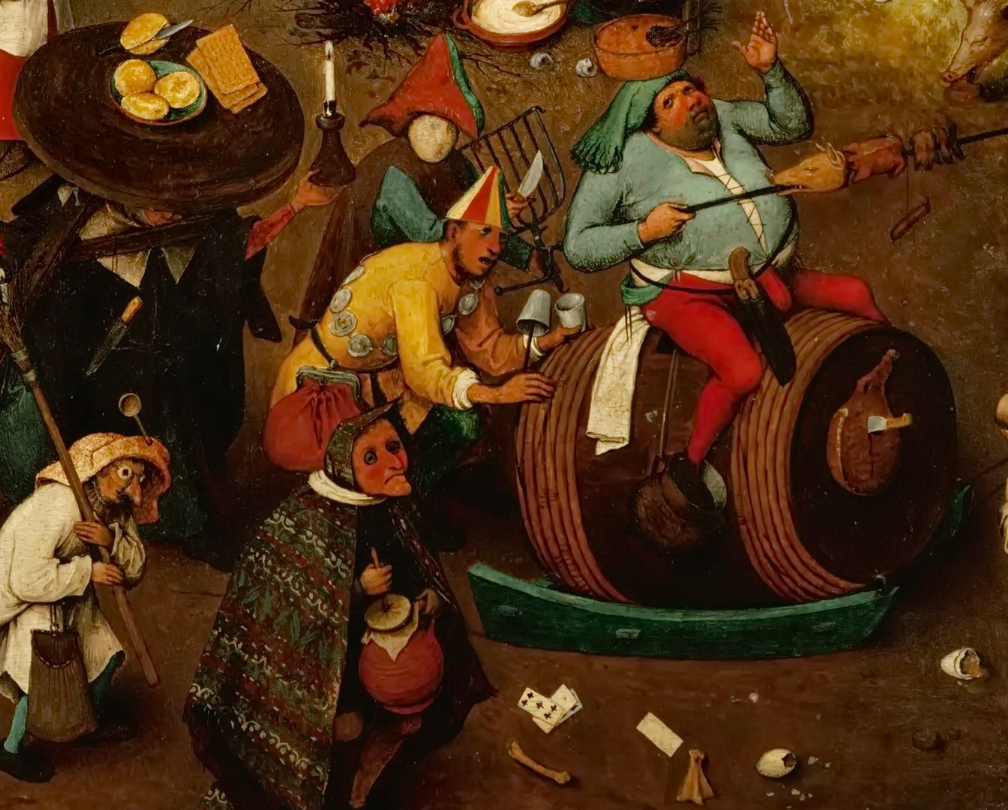 The Carnival is of course a fat man sitting on the barrel – he has a meat-pie on his head, and we can see chicken’s legs sticking from that pie. Carnival’s weapon is a spit with many different meats, his leg is stuck in the pot. He is surrounded by people dressed in carnival costumes and wearing masks. Around the barrel on the ground we can see bones, egg-shells and cards. 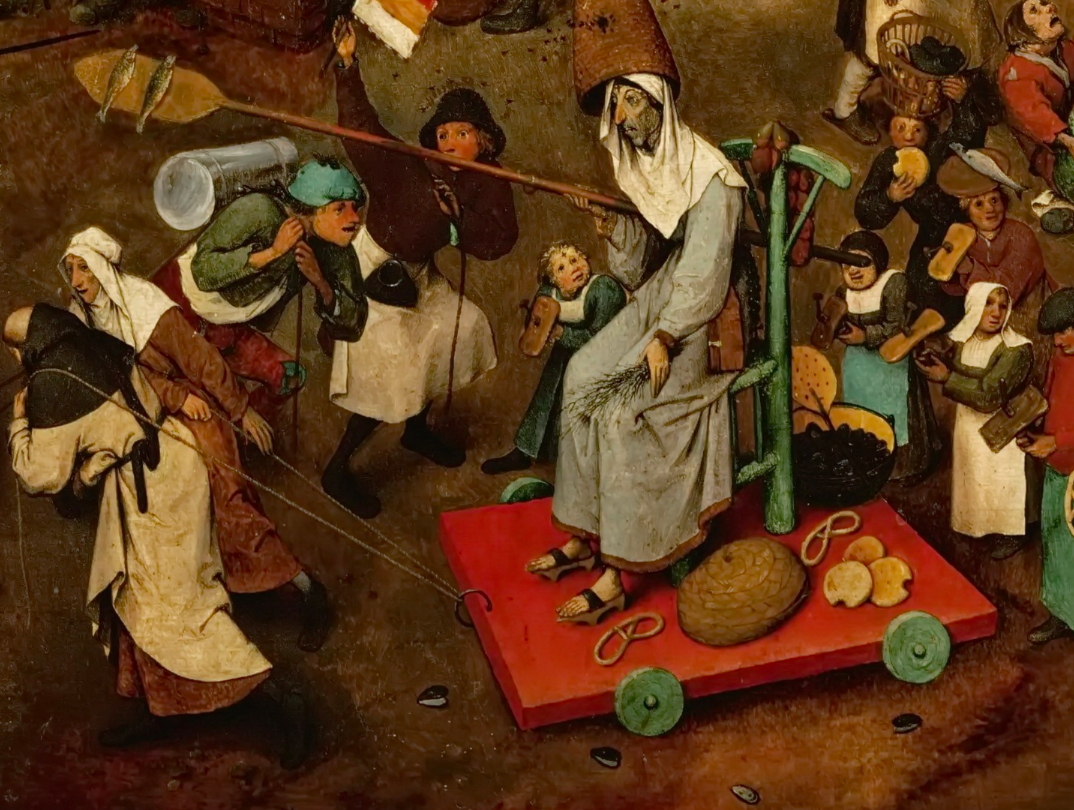 On the other side there is a Lent – thin person, probably ecclesiastic (clothing seem to be nun’s, but the face is rather male), holding a rod, with a rosary and a book (probably book of prayer) by the belt. There is a black ash cross on the Lent’s forehead, and an beehive on Lent’s head, as back then honey was considered a fast-day product. Lent’s weapon is a peel with two herrings on it. On the cart drawn by a monk and a nun we can see pretzels and waffles, and on the ground around the cart – mussels. People surrounding the cart are holding lenter clappers.

Whole painting is filled with tiny figures that look like puppets in the theatre. The fight remains unsettled. That’s how it works – sacrum and profanum run together. It is the eternal struggle between sin and penance, body and spirit, sense and sensibility, needs of the flesh and expectations of the soul. It might be understood in a context of the whole world, as well as of the single human being. As Jacek Kaczmarski summed up in his song dedicated to this painting: “my soul desires lent, my body wants carnival”.