Home » Blog » A boobie that nursed the Europe.
Sun26

A boobie that nursed the Europe. 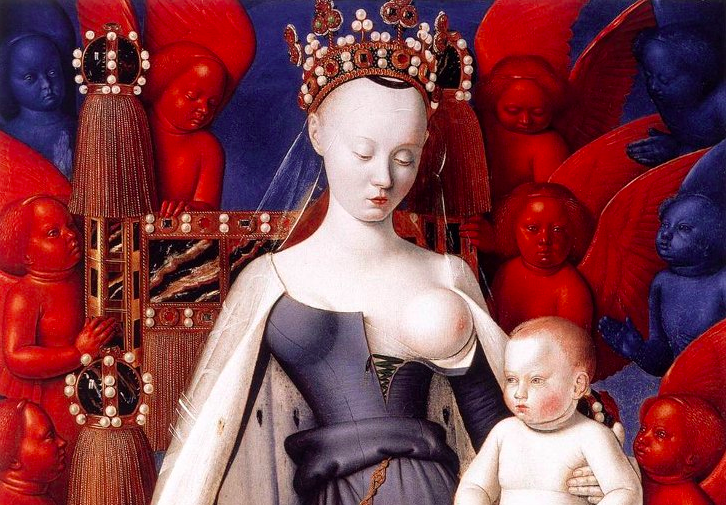 Whoever watched “Allo! Allo!”, is familiar with the idea of “Madonna with the Big Boobies”. And whoever visited the Royal Museum of Fine Arts in Antwerp, had a chance to see the real version from 15th century.

Depicting Virgin Mary showing her breast is not that shocking – as long as there is a Child sucking it. That is a Nursing Madonna, which we call Maria Lactans, and in the orthodox art – Galaktotrophousa. 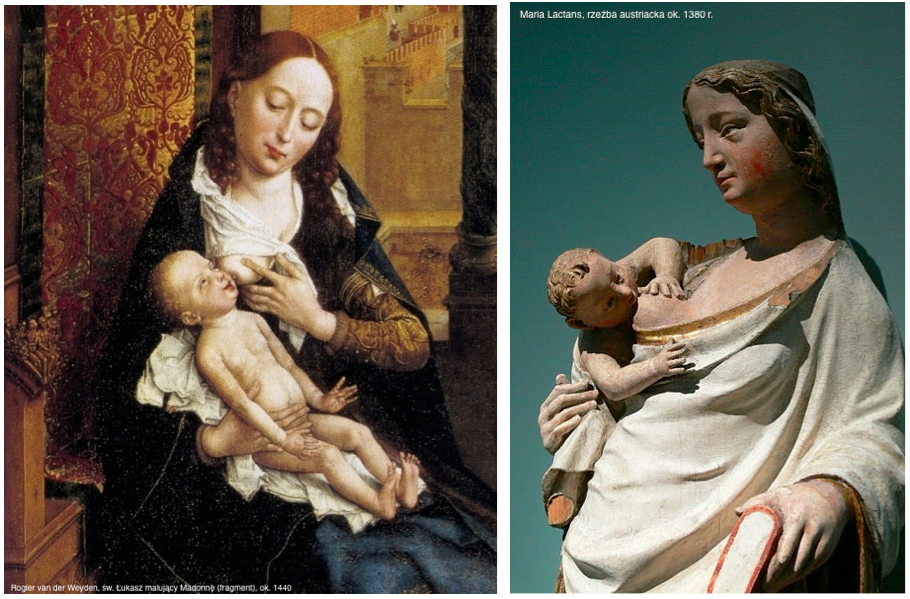 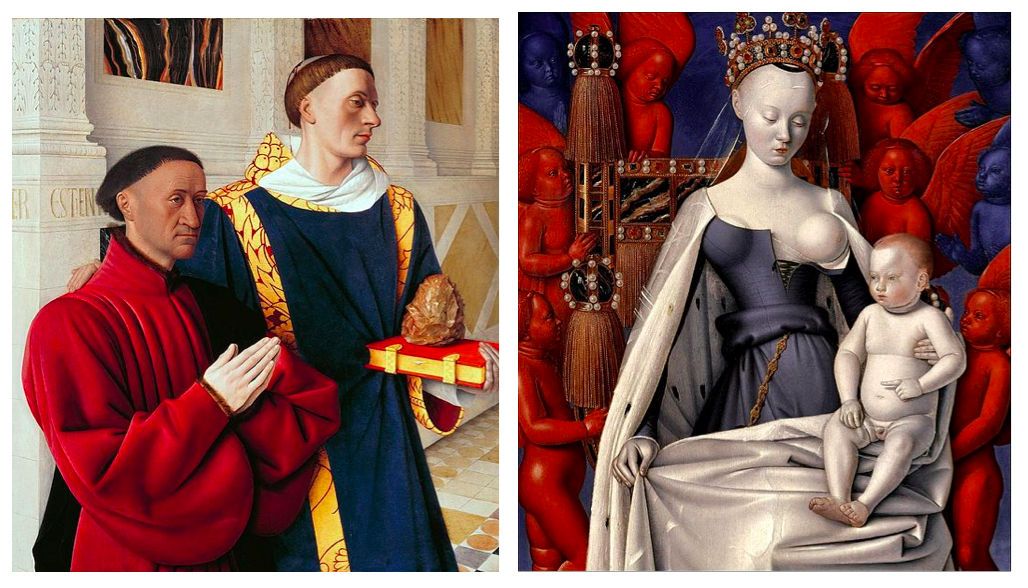 What painting is it? It is a right wing of so called Melun Diptych, painted by French master Jean Fouquet, probably around 1450. It was commissioned by Étienne Chevalier, the treasurer and a secretary of the French king Charles VII. The left panel (now kept in Staatliche Museen in Berlin) depicts the patron with St. Stephen, and the right panel depicts the Virgin and Christ Child surrounded by cherubins. The Virgin has a face (and probably the rest of the body too) of beautiful Agnès Sorel. She was a mistress of both king Charles VII and his treasurer. Étienne Chevalier commissioned the diptych after her death and ordered to place it above her tomb (but it finally was placed in Notre-Dame church in Melun). 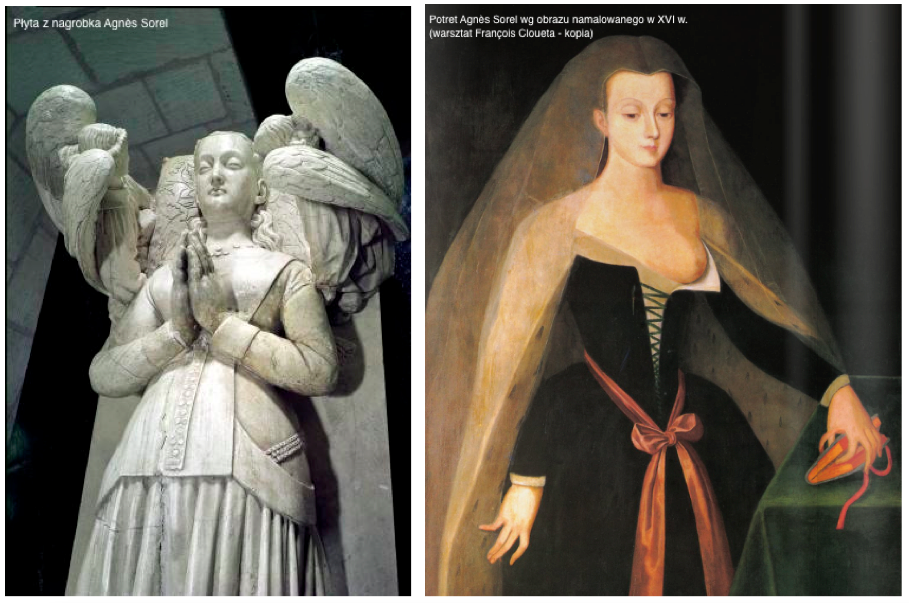 Agnès Sorel was an extraordinary woman – according to many sources, the most beautiful of her times. She was a daughter of a knight Jean Soreau, a maid of honor to Duchess of Lorraine, and after becoming a royal mistress she went on to serve as the lady-in-waiting for Marie d’Anjou, king’s wife. Agnès owned many castles, and among them was the one named Beauté-sur-Marne – from that property she was called “Dame de Beauté”, which referred both to the castle she possessed and to her famous beauty. She was rich, she loved jewelry and expensive clothes, and she had many powerful friends (who probably can be understood as “lovers”). Most of all, she was the official royal mistress – she gave birth to 4 king’s daughters. The last baby girl was probably still born, and Agnès died in childbirth. She was buried in a beautiful tomb in the collegiate church of  Note-Dame in Loches (now collegiate church Saint-Ours). In 18th century the tomb was opened and the remains were moved to an urn. Later, during the French Revolution, the tomb was damaged and the urn was buried on the cemetery. In 19th century the statue was restored and placed with the urn in the castle of Loches. Finally in 2005 everything was moved back to the collegiate church – but earlier the urn was opened and the remains were examined. The facial part of a scull turned out to be well-preserved, there were also some hair and skin fragments found. The computer reconstruction showed that her face was actually quite similar to the image sculpted on the tomb. 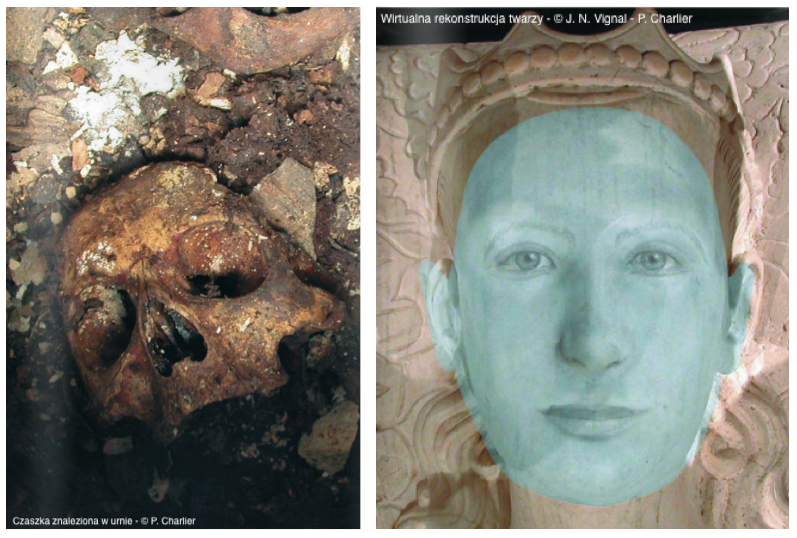 The scientists also found in the urn a piece of a scull belonging to a six- or seven-month old foetus – the last, dead daughter of Agnès. The examination proved that Agnès was around 28 when she died. And the most important conclusion is that she died due to mercury poisoning. Well, the mercury was considered a medicine, and was even used to facilitate labour, so overdosing might have been an accident… but also it might have been a murder. We know that the eldest son of Charles VII, future Louis XI, hated Agnès. 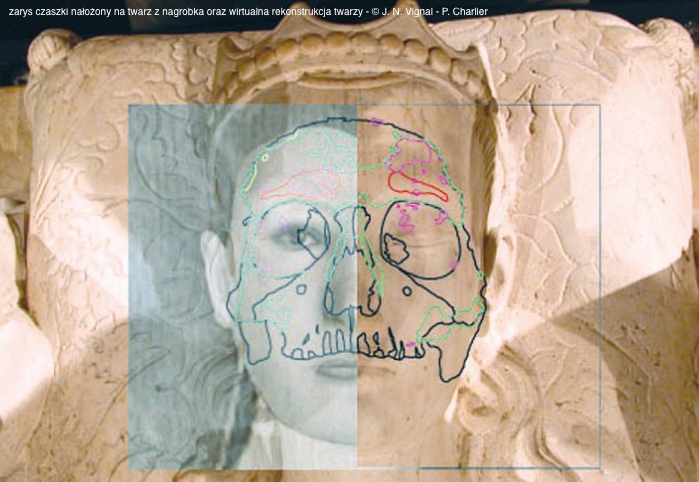 Interestingly, Charles VII legitimized his daughters born by Agnès Sorel, so they had a chance to marry very well. It does not mean though that they married happily. For example, the one named Charlotte married count Jacques de Brézé, who killed her when he caught her cheating on him with his friend (he killed the friend immediately too). But before he killed his unfaithful wife, they had some children and following the genealogical tree of their descendants lead to a surprising conclusion: almost all the great families who reigned over the Old Continent are descended from Agnès Sorel! That is why she is called “the Grandmother of Europe”. She nursed the ancestors of European rulers with that nice, round boobie.

If you would like to read more about Agnès Sorel and the examination of her remains, and if you would like to follow the genealogy of her descendants, I recommend you a brilliant on-line publication: http://issuu.com/pbco-editions/docs/agnessorel-gb-www/1?e=1149291/3134872