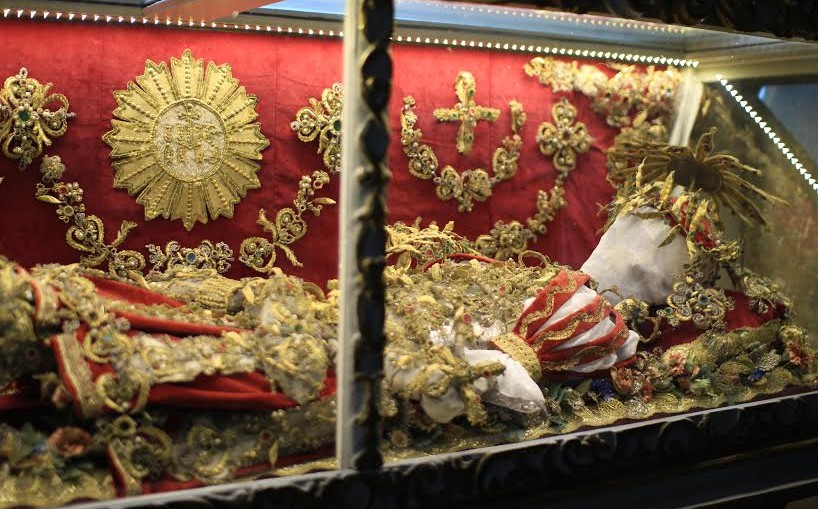 There is a beautiful city in Moravia, called Znojmo, and there is a beautiful church in the middle of it – a church of Saint Nicolas. And inside that church you will see a glass coffin with the beautifully dressed skeleton. He is described as Saint Bonifacius the Martyr, but no one knows for sure who that it. And there are more such richly dressed bones of an unknown provenance in many catholic churches. 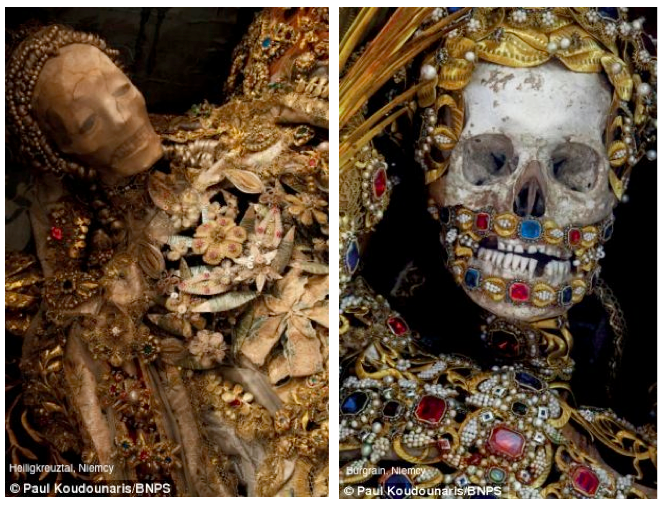 In june 1578 an interesting discovery took place – workers digging near Porta Salaria in Rome accidentally opened the passage to the catacombs. That was a discovery of the subterranean ancient cemeteries, full of well-preserved early-christian’s remains. Of course, some of the roman catacombs were known earlier, for example the catacombs of San Callisto (examined in 15th century) or the catacombs of San Sebastiano (known for sure at the beginning of the 16th century). To be honest, the “discovery” in 1578 did not have significant repercussion. It was in December 1593 when the catacombs became famous as they became an object of an exploration by Antonio Bosio, called “Columbus of the Catacombs”. He described all his findings and the book in the form of a guide was published after his death (“Roma Sotterranea”, 1632).

Today we would probably enjoy the archeological or historical value of such discovery, but at that time something else was a treasure of the catacombs. That would be the bones. Thousands of the burials, the skeletons completely preserved, often in great condition… and as the cemeteries dated back to the early christian times, it could have been assumed that the bodies belonged to the early christians. As early christians were often killed, it could be assumed that the remains belonged to the martyrs. And the martyrs are saints! That is a real treasure of the catacombs: thousands of the brand new relics! 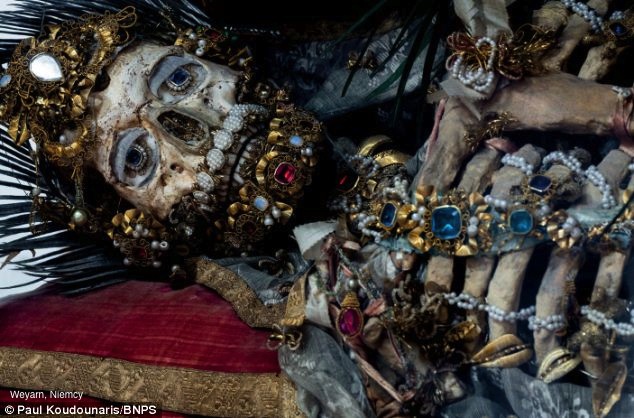 It must be admitted that there was a great need for such stuff at that time. It was a time of the Counter-Reformation, and the Roman Catholic Church after the Council of Trent was consequently fulfilling a strategy of building an image of the Triumph. That is the good old-fashioned marketing rule: you need to offer to your clients whatever they might be missing in your competitors’ offer. So, as the Protestant churches are simple and modest, the Catholic churches amaze the viewers with the rich decoration. As the Protestants reject the veneration of Saints and relics, the Catholics will fight to strengthen that veneration. And the saint works the best when he is near… the prayer might be heard better when it it thrown to the saint’s face – or better to say: his scull. Additionally, turn to the early christian times was a good for the Roman church’s image, as that times were considered by the Protestants as a golden age of a pure Apostolic Church. In fact, the Protestants claimed that Lutheran theology was consistent with the Early Christian Church’s ideas – that was the idea showed in the Magdeburg Centuries – an ecclesiastical history, compiled by several Lutheran scholars in 16th century.

And the Roman Catholic Church has such an excellent answer for that: Early Christians were martyrs, and we have their bones now, and the Protestants refuse to venerate them!

That is how Catholic churches became full of the new martyrs, especially the churches in Middle Europe. There were a bit less local saints here, and the relics were often brought from Rome – just as in 12th century Saint Florian was brought to Cracow, but that is a separate story.

The Counter-Reformation Church did not take cheap options on creating its image. Little pieces of relics were always kept in rich reliquaries that were the masterpieces of the gold-smithery. Now there are whole skeletons that on one hand deserve reliquaries and on the other hand should be presented, not hidden. That led to an odd idea – to decorate the bones with gold and gems. The result is breathtaking. 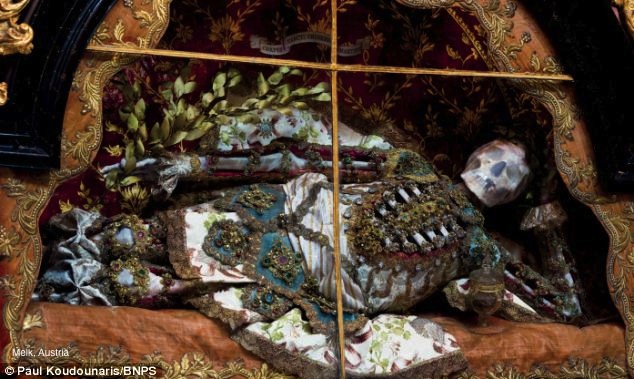 And are they really saints? That doesn’t matter. If the prayers are efficient, it means that the relicts work. And they look good, too. 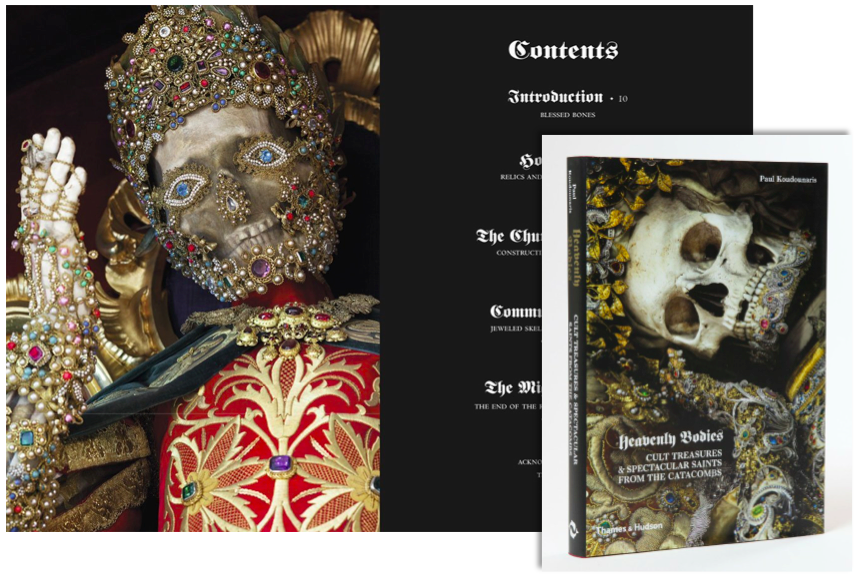 For those who would like to know more – there is a recent book on this topic by Paul Koudounaris “Heavenly Bodies: Cult Treasures and Spectacular Saints from the Catacombs” (http://www.amazon.com/Heavenly-Bodies-Treasures-Spectacular-Catacombs/dp/0500251959).